In conversation with curator, Ine Gevers on (IM)POSSIBLE BODIES. 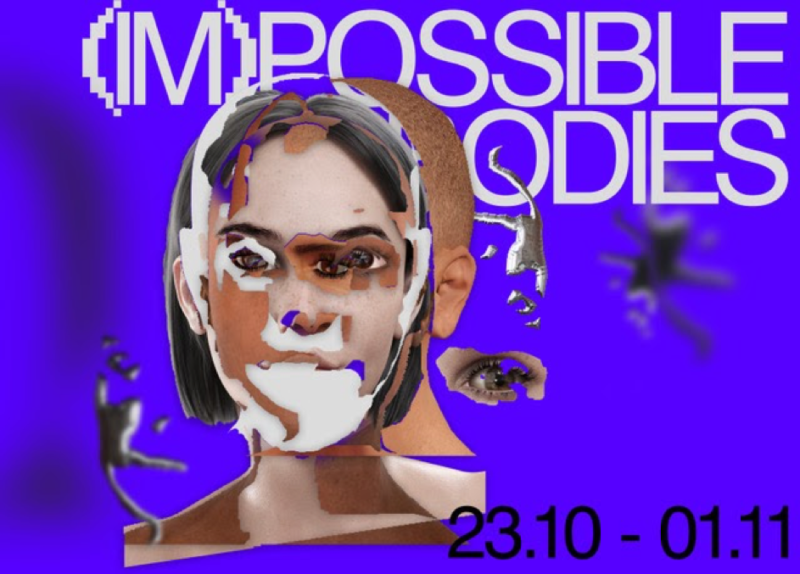 Dutch curator, writer and activist, Ine Gevers is one of the creative minds behind digital festival (IM)POSSIBLE BODIES. In talking to the multi-faceted artists, Gever’s delves into the philosophical foundations of the festival and the individualistic minds which collectively make the event a selection§ of unique concepts thriving in the digital space. From exhibitions, music to panels discussions, throughout the festival is an opportunity to critically think, engage and enlighten: just alike our convo with Gevers. Enjoy.

Could we start by you telling us about your role in (IM)POSSIBLE BODIES?

I’m the Artistic Director of the foundation. I’m the curator. (IM)POSSIBLE BODIES is the follow up of ROBOT LOVE. Glamcult was also a partner of ROBOT LOVE, which was a big 600 square-metre exhibition on the relationship between robots and humans in Eindhoven during the Dutch design week in 2018.

How do you perceive the interrelation between ROBOT LOVE and (IM)POSSIBLE BODIES?

During ROBOT LOVE, we organised a so-called “all-inclusive” cyborg catwalk. Because any connection between humans and technology involves a relationship, becoming a cyborg is just an intensification of that relationship. People think of cyborgs in a very science-fiction and masculine way. The whole concept of the cyborg is much broader. That is what we try to show in (IM)POSSIBLE BODIES. For instance, it shows that we have always been connected with technology, how we have early adopters – people are formally known as those with disabilities, who sometimes have more capabilities than “able-bodied” people. Also, the fact that the projects are now going digital because of Covid-19 is a part of becoming a cyborg.

I think there’s a large theoretical element to the festival, especially through the concept of the post-human and the trans-human experience. Is there a particular philosophical theory that you gained a hold over when curating the festival? Or did you want to see different artist’s perspectives?

Both. The way I curate is conceptual. My exhibitions are mostly informed by philosophy and science. With that, I create a context that allows me to invite different voices, with artists coming in with different perspectives. Taking the paradox of beautifying and perfecting ourselves with technology – which is a philosophy from transhumanism, attempting to “live forever”. On the other hand, with artists that push to show the messiness behind the velvet-silicone look-alike. Posthumanism, and the theorists of that such as Donna Haraway, are so important for me. Especially feminist thinkers and writers. Feminism in philosophical terms is thinking-in-relation. That is what is important. It feminises the thinking-process about cyborgs. It also gives the possibility of inclusion and also includes more than humans.

Therefore placing the technological conversion into a more ‘female’ narrative.

Yeah. But also it’s seen as absolutely crucial in these times. We need to become much less human-centred. To acknowledge that we are not the only intelligent creatures on earth. We need to connect in trans-species ways.

Do you consider technology to be a tool in which humans use to aid humanity or one which is dominant over humanity?

Both, and a third. Technology is also a danger when it is only in possession of the “big tech” companies. I think using technology as a tool is really important. Without technology, we cannot even think of one generation ahead. We become too centred on ourselves in this sense. It broadens our perspectives a lot. It’s innate because we human beings are technology. Especially when you look at technology in a broader sense, because language is a technique. These are all tools of communication to create, learn and see the world from a different perspective.  I also made a show called “Hacking Habitat” in 2016, which was completely about how we have become slaves and prisoners of globally-connected, high-tech systems, which is an ongoing discussion. I also try to democratise the awareness about how technology has become our first-nature. 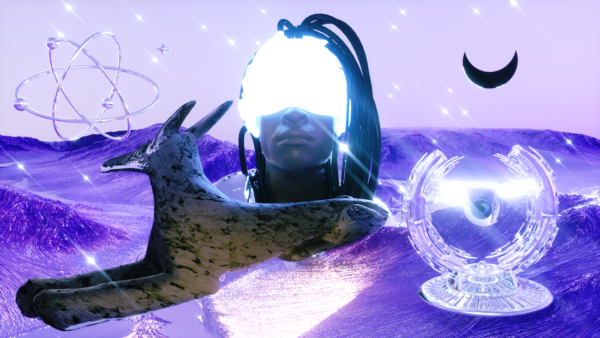 What a contrast from today’s portrayal of technology, which is more of a celebration. Do you think that came from a development in your opinion of technology? Or do you see there being two different areas of technology – one for submission and control, and another for more inclusive, creative visions of technology?

I love your questions. Actually, it has always been both. Before hacking habitat, I made an exhibition about the Anthropocene in 2013. Already then I got these types of questions, like “you love nature, so you don’t like technology”. That’s not the case – I celebrate technology, whilst also seeing the downfalls of possible dangers. It’s choosing to evolve and going with the flow with technology because we cannot stop that. Only by becoming we are getting close to it and sharing with as many people as possible. And using human feedback, because we get a chance to – not so much control because I see that as such a masculine way of thinking- but to become with, and become in-relation to this technology. It’s both celebration and critique.

I think that’s really important. It doesn’t have to be dystopian. We’re human beings and we’re the most fluid and adaptable beings. If we don’t adapt, it’s only because we think of ourselves as better, or we build systems that we cannot unbuild. The whole question about – what kind of cyborgs do we want to become? Is really a question about – what kind of values do we hold? Especially the ones which we might have lost but we need to revisit, like creativity and resilience. And being able to make strange connections which AI or other algorithms cannot do.

For sure. There’s a balance of truth and humanity, or spirituality, as well as science and technology.

Absolutely, spirituality is very important. We had a kick-off after the opening with Pinar and Viola. You should take a look at it.

Finishing up – what would you like the audience to take away from the Festival?

The take-away is the acknowledgement of being a cyborg yourself. Being a mess in technology. And thinking about the many ways we can use technology for the greater good. Not only for personal improvement but for collective intelligence. Also opening it up for many other species and the planet as a whole.  What I mostly try is to make it accessible for a large public, but not downplaying the big philosophical questions, because they’re so important for all of us. 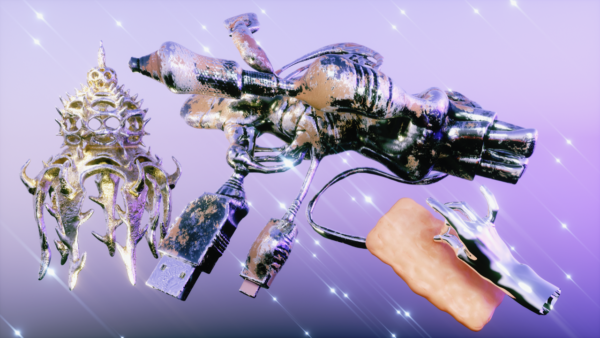