Angel-Ho is rewriting your pop fantasies

“I give to you my head on a platter. Now I swim with life.” 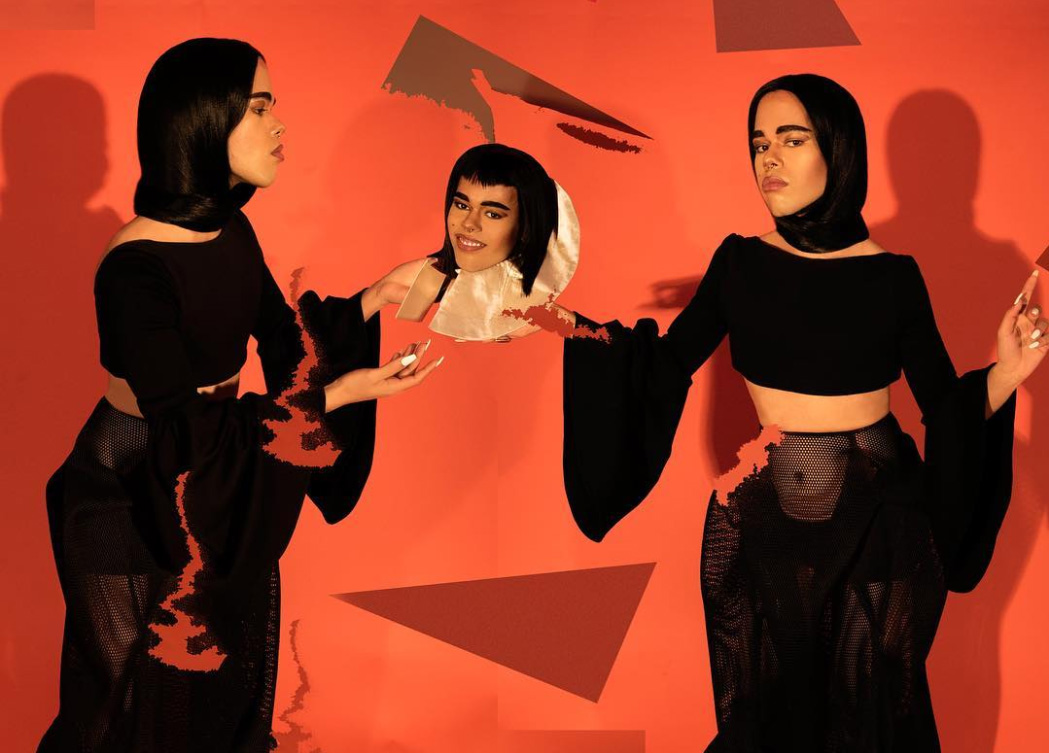 With Rewire 2019 just around the corner, Glamcult is gearing up for a jam-packed weekend full of unorthodox music and art. One of the many standout performers on this year’s festival bill is Angel-Ho, the South African artist who first made waves with an Arca-mastered EP in 2015, and released her vibrant debut album on Hyperdub earlier this month. Death Becomes Her sees Angel re-emerging as a producer and vocalist, but also as the radical popstar this world needs. The artist presents heartfelt bangers on universal fantasies—love, sex and glamour—but treats them with an ambiguity that restructures the narrative within a trans identity. Get to know Angel-Ho here and uncover the soundtrack to your next (political) party.

Hi Angel, congrats on your album! Before we go there, however, let’s travel back in time. What music did you grow up on? And how did you discover your own taste or direction?

Thank you! Growing up I listened to a lot of soul, jazz and pop music. I was really big on the Spice Girls, but also artists like Roberta Flack, Whitney Houston, Diana Ross and Michael Jackson. (Basically, I listened to all my mother’s music.) When I started making music, these artists really gave me the confidence to sing bravely. I always considered my voice to be quite loud and powerful—even when playing SingStar with my friends they would always get so mad because I’d sing the loudest. [Laughs] I couldn’t help it because I was listening to artists who really projected their voices. Also, their attitude and invoking a strong sense of womanhood really influenced my music a lot. Strong women, strong stories about love and fleeting moments in time… I like to capture the essence of a moment. Each song has a meaning in the sense that it carries.

You present yourself as a vocal performer much more now than in the past. Why is that?

Yes, definitely. I think it’s important for my voice to shine when I sing and for me to be able to tell stories. There’s no other way that I’d be doing this besides creating a track that everybody would label as destructive or dystopian. So, I would rather sing about those things and let my voice do the explaining, being the reason for my music. I’m able to break away from what is visceral and, more than anything, give it some speech and context.

You released the Ascension EP in 2015, for most of us this was the first introduction to Angel-Ho. Can you talk us through the journey you’ve been on since then?

A lot has happened! Between then and now, I’ve developed a strong sense of who I am as an artist. I’ve really taken the time to bring drag to the forefront of my performances and music. I’ve taken the time to consider what exactly it is that I want to accomplish with my music—whether that’s as a singer or in the forms of dance or theater. And I really enjoy those spaces as spaces of dialogue, where I can breach the worlds of politics and music. I want to let that shine in my career right now.

When did you realize: this is who I am and this is the music I want to create?

That moment happened when I was singing Grace Jones covers in a basement party and realized I really wanted to sing my own songs. I was dressed up in this giant wig in red and grey that looked like horns. There was a blue triangle going down my face and I was wearing Micol Ragni, a designer from London. No one else in the club was dressed up [laughs] so I felt like: oh my word, this is show business! I sang the song and afterwards everybody said: “I didn’t know you could sing!” That was quite a defining moment, it was the shift I needed. I felt the urge to sing these songs during my DJ-sets. It shifted my focus and direction in life completely. 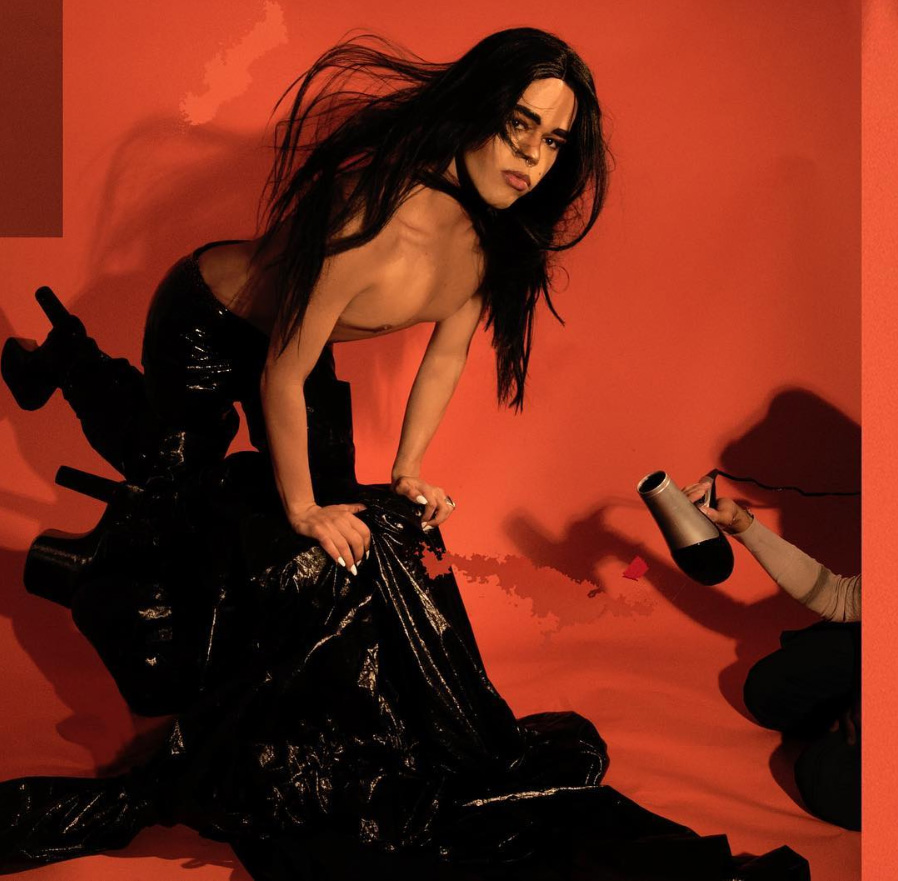 Let’s talk about Death Becomes Her. Why did you choose this title, especially for an album that sounds quite celebratory?

Besides the fact that it’s a reference to the Meryl Streep film, the album title itself has a lot to do with ideas of death. In the trans community violence is very present; in society there’s a lot of violence towards trans women and trans men. I wanted to twist death on its back. I wanted death to be something that’s not a prominent subject when engaging with trans-identifying people, their work and their art. I wanted death to be a caricature in the sense that we don’t only need to discuss death and suicide and murder in this instance.

I wanted to say Death Becomes Her because in death she’ll always rise again, like a phoenix. In death there’s always a renewal and a rebirth as well, that’s a second theme I was exploring. It was a rebirth for me in the sense that I was moving somewhere vocally, and I wanted to make a pop record—or an idea of what a pop record could be. The album is a fully resolved concept of my thoughts and ideas, which I present with music.

You obviously love to play with pop culture. Can you talk us through the way you both embrace pop/fashion references but then present them in a different context?

Well, my first love is fashion. Men are not even in my top three… [Laughs]

What does your top three consist of?

So, do you intend to give these pop culture references new meaning?


I don’t know if it’s so much about new meaning, but I want to provide them with the nuance of my storytelling. I love to tell the fantasy of people going shopping and splurging on extravagant garments; that’s the fantasy that I have. I love to shop. I love fashion. I love exploring what make-up can do in transforming you. And how clothes can make you smell; they give you a new scent. It’s always about the idea of transformation. Fashion creates new possibilities for you to transform yourself in a world that often restricts and confines people to thinking in standards.

What’s your most legendary fashion moment?

My own? Oh, thank you! I’d say, when I went to the club wearing a pink sequined dress that had transparent pieces on the sides, which made it look like a floating rectangle. Another is when I was walking down the street in Micol Ragni, and someone bowed down to my feet and said: “Madonna!” I was like: “Oh my word, I just want to eat some Ethiopian food.”

When you announced your album on Instagram, you wrote: “I give to you my head on a platter. Now I swim with life.” Can you elaborate on this?

Sure, I was saying: I present to you my mind. I present to you my vulnerability. This is what makes me human—my becoming. Whenever you release a project there’s this overwhelming sense of relief that washes over you. I really wanted to come free as an artist, as someone who expresses themselves daily. It’s a reveal, for sure.

From Gaika to Asmara and from Arca to Faka, I don’t think I’ve spoken to anyone recently who’s worked with so many of Glamcult’s favourite artists. When does a collaboration partner feel fit for you?

Well, as long as that person can think for themselves and as long as they have the necessary inspiration… as long as they can inspire themselves through music, that’s all it takes. I really want an artist that can educate an audience because there’s nothing worse than someone who just speaks about drugs and money all day. 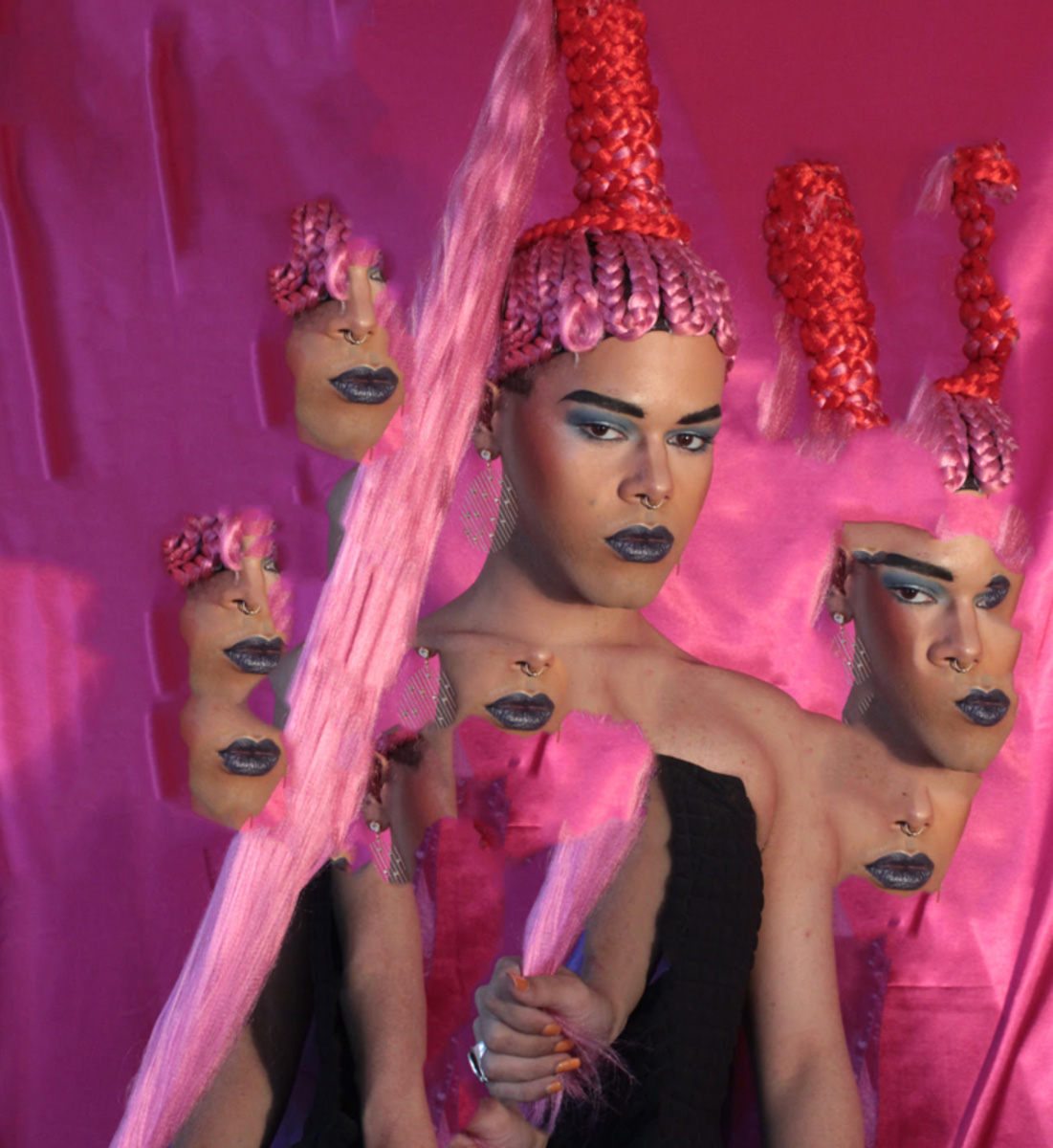 I’d love to hear Death Becomes Her in the club on a huge sound system. Do you imagine a place or space when you create music?

Yes I do, but it’s not a club; it’s a stadium. I never know when in my life I’m going to perform in a stadium, that’s going to be such a treat! So I always create music from that thought. The percussion on the instrumentals just hits really well.

Do you ever read reviews of your music?

I do sometimes, and sometimes I’m appalled by what I read. You know, the boat has just sailed and it’s now shipwrecked on an island where no one quite understands what’s going on. The context is kind of lost. I try to read it with a pinch of salt.

Do you have any advice on how to boost one’s confidence? How do you nurture yourself?

If you’re ever feeling low: pick yourself up, make yourself look good, make yourself feel good, go out, and don’t let anybody dim your shine! Let your inner self shine because you don’t need anyone’s permission to be who you are. You are a powerful being.

Now that your album is out there, what’s next? What are your hopes and dreams for the (near) future?

The near future looks like a pop orgasm. It’s a whole lot of pop music that’s really arbitrary and really weird. I sing quite operatic on the tracks, which are soon to be released. Also, I want to venture into rock music! I want to have a full-on rock concert.

Yes, in a stadium. Lots of headbanging!