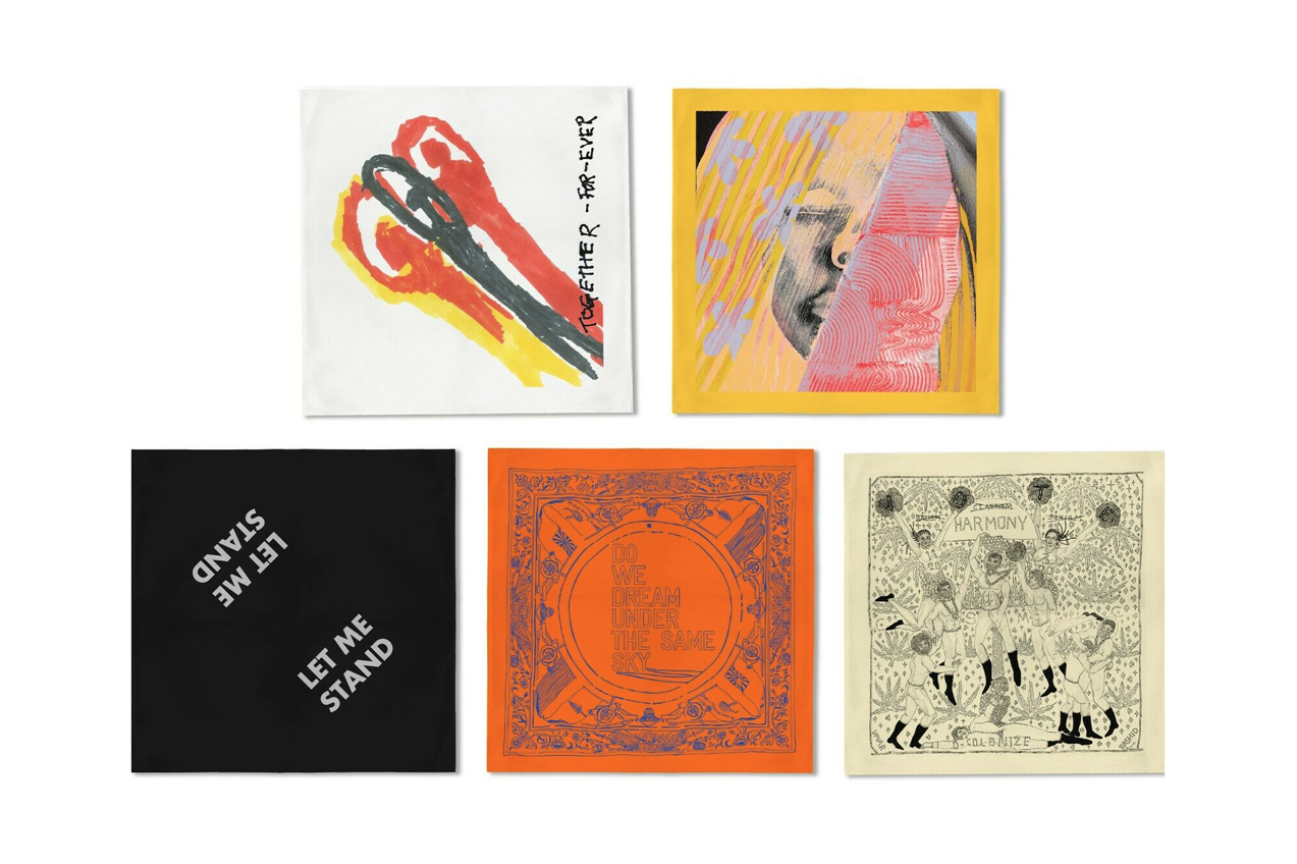 Supporting and building community right now is more important than ever, so seeing artists join together for the political cause is at its most prevalent.  This season we can see 15 artists release an exclusive series of bandanas, highlighting their work, where all proceeds go to nonprofit organizations which support voter registration, turnout and political education in the US. We all know who needs to be run out of office, and amidst the pandemic and BLM, political engagement right now is more vital than ever. The bandanas created not only symbolise the work of the artists but also the historical significance behind the bandana itself, as a spokesperson for the initiative notes, “ bandanas have played an important role as a historical symbol in the struggle for freedom”, and by taking the very political symbol itself and using it to fund change directly is a cause we can stand behind. Overall, these bandanas and the initiative itself sets to empower all voices, and fund the fight for politics to be accessible for everyone, as it is everyone who should be heard and represented. You can see art from the likes of Barbara Kruger, Sherpard Fiarey and more… check it out, fund the cause and look fly in the process. 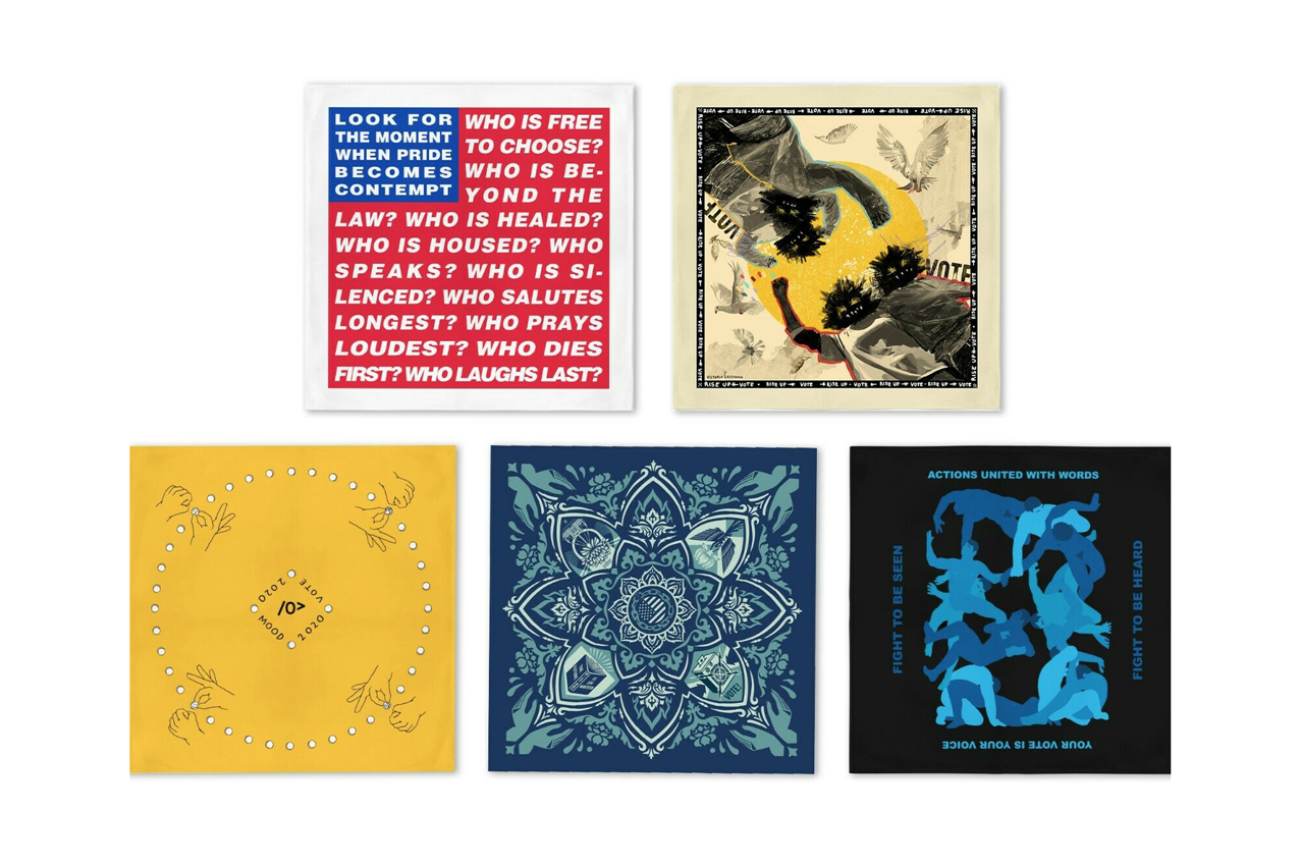 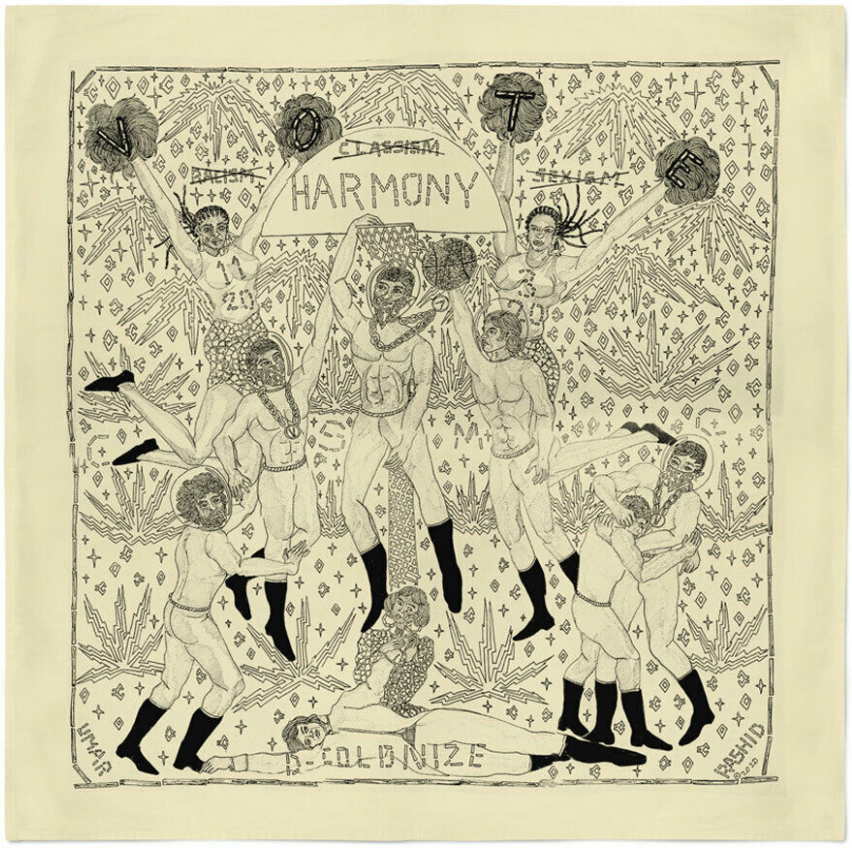 All proceeds go to Mijente, Rise and Woke Vote