The British-French prodigy talks efficient communication, favourite lyrics, and their next record. 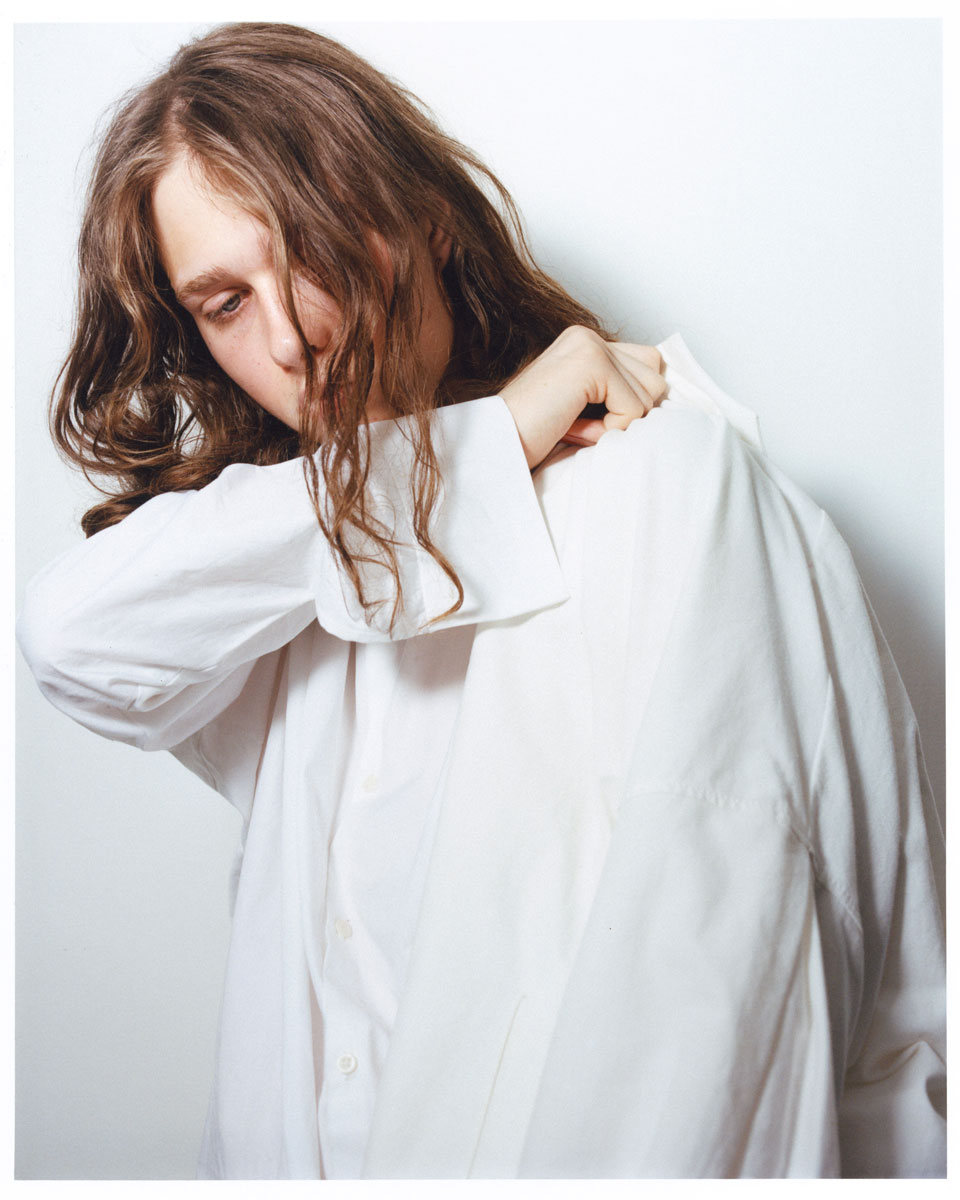 How do you begin to approach feelings that seem unapproachable? The more agreeable — albeit potentially counterproductive—reaction might be to downplay the bewilderment one is faced with. We would much rather, on occasion, compartmentalize conflicting affections to aid emotional digestion, perhaps seeking comfort in the track list of the most relevant Top 40.

This is not a dig at the cultural (and emotional) significance of today’s top of the pops, but rather an attempt at holding a more expansive space elsewhere. Luckily, for those who patiently endure (coincidentally, this is the title of one of the songs of this artist’s debut EP, Who Carry’s You) there exists an oasis: in the immersive musical universe of Lauren Auder the incomprehensible is communicated with an apt sense of grandeur. In a shadow of a monumental Catholic cathedral of their childhood town of Albi, in the South of France, Lauren has steadily carved out a sonic dome of their own, where enormous emotion sores high and free, surrounded by dizzying landscapes of classical strings, intricate electronics and velvety baritone vocals. In tapping into centuries of symbolism and mythology, religious and pagan alike, Auder is eager to communicate the shared human experience of relentless search for meaning.

Since they had appeared on the radar of music journalists at the tender age of 16 Lauren has quickly become a darling of the music and the fashion industry alike, modelling for an array of coveted publications, and signing to True Panther Sounds, a NYC-based independent label working with King Krule and slowthai. 2018 saw the release of the devastatingly beautiful Who Carry’s You, and, a little over a year later, the multitalented artist shows no signs of stopping. Glamcult called Lauren ahead of their appearance at Subbacultcha’s annual music festival, Different Class, commencing on the 10th of August, to talk about their approach to writing, plans to become a centenarian painter, and their upcoming release— “much more upbeat and pop”— that is set to drop before the end of the year. 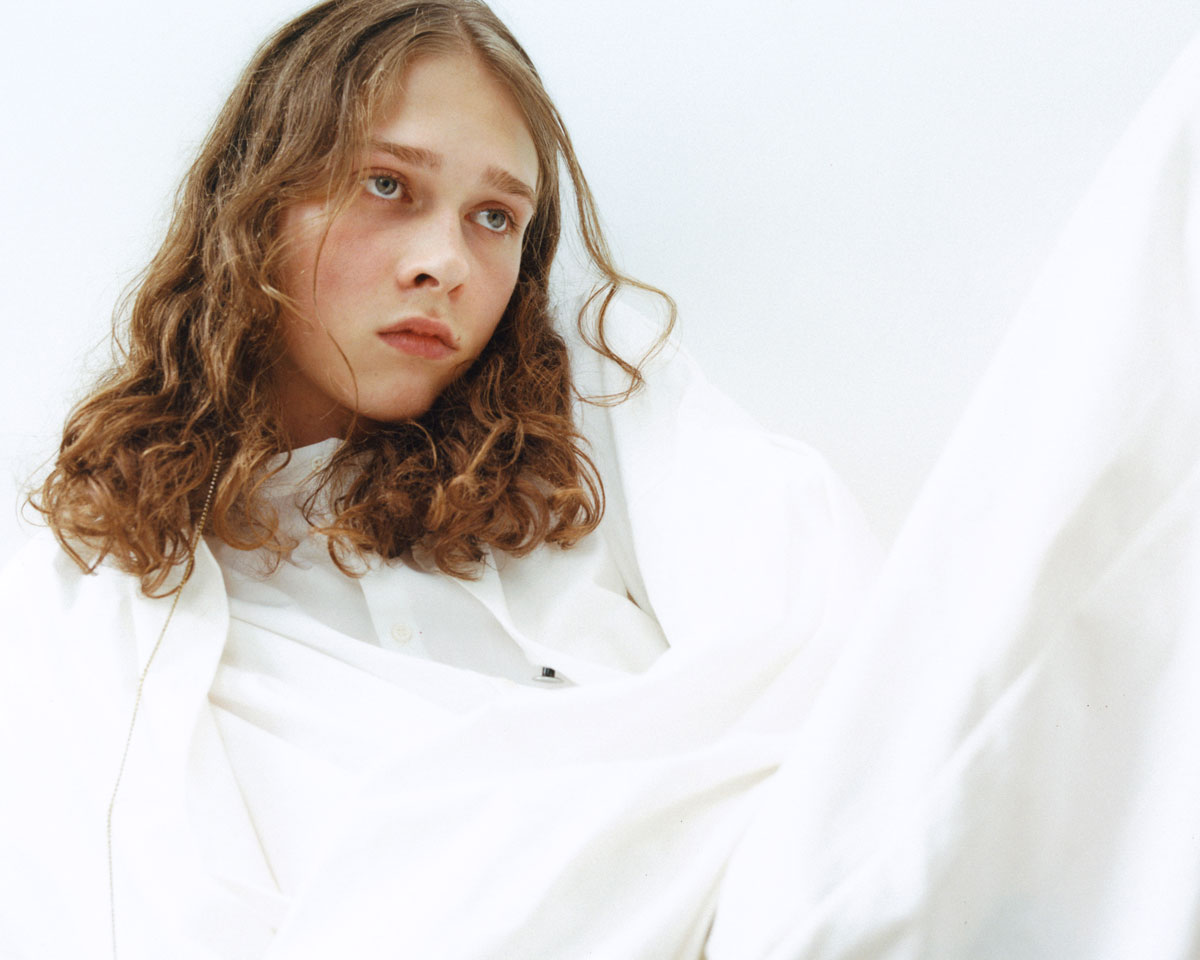 You were born (and are currently based in) London, right?

That much is true.

And then you moved to France at an early age and lived in a small town with your music journalist parents…what is your most memorable childhood encounter with music?

I think one of the most revelatory moments of my childhood was hearing Scott Walker for the first time. I was walking the dog with my father in the middle of winter — very apt setting in the countryside…This was when I was very much starting to make music, I was really mostly experimenting with ambient and drone music. My dad was like, ‘I think you’ll probably like this, it’s pretty weird.’ [Laughs] That was my first introduction —hearing the Walker Brothers completely changed my outlook on what I wanted to do and what kind of artist I wanted to be.

How old were you?

And what made you want to make music in the first place?

It’s always about finding a way to communicate effectively. At first, I wanted to write, I wanted to be an author, and it felt like the logical development was to try and use the medium that were to be the most easily consumable form of art. It can sound kind of dark in one way, but at the same time I think there’s a lot of beauty in the fact that music is one of the only art forms that can be passive, and kind of appreciated in the background, and I don’t think much else really comes close to that.

Funny that you mentioned writing —I would like to ask you about your process when it comes to writing lyrics. Everyone seems to be drawn to your use of religious imagery, your writing is very referential —which I believe you described as being rooted in the very primal desire to make sense of things, and giving this mythical grandeur to feelings that often seem incomprehensible…how do you approach writing?

I think the thing that was always important to me was trying to use language to approach some things that felt unapproachable. I needed to use something that was somewhat elusive and esoteric. The way I approach writing, in general, is by reading a lot! It’s very reference heavy, the things that I write about, it really is pulling from a canon of writing. For example, my next release is very much about the journey from innocence to experience, and trying to figure that out, and so I’m connecting the dots there, talking about William Blake… It’s pretty much just pulling from the canon of things that I have been surrounded by my whole life, have grown up with, and putting my own spin on that. It’s definitely through a lot of reading, and trying to map back these experiences, and trying to explain the same human phenomenon.

Do you write by hand?

Yeah, I tend to always write my lyrics by hand.

I’m always very curious about the process of writing lyrics, because somehow I always think of it as something intuitive, but then of course writing often encompasses very deliberate references…

I think my first idea, especially when I was first writing the EP that came out last year, was thinking about the fact that we live in such an intertextual world, where we immediately assign references to everything that we consume, just because there’s such a vast canon of writing…So, I decided to be very clear —here is where I’m coming from, the references are pretty clear. Not to shut down the doors to interpretation—there’s certainly a lot to be found—but I think it helps with the comprehension to have a reference point you can go back to.

Off the top of your head, what are you favourite lyrics you keep coming back to?

Hmm, well I think there’s one that very much a big inspiration on my lyricism… I may misquote very slightly, but Orpheus by David Sylvian has this lyrics that goes:

It’s a very me lyric! [Laughs]

You can only listen to three records for the rest of the year. What are they?

This is hard. If I were to listen to three records for the rest of year…I think I would have to go with I Am A Bird Now by Antony and the Johnsons, Now Only by Mount Eerie, and Orange by Caroline Shaw and Attacca Quartet.

I read before that initially you didn’t really anticipate for you sonic output to develop as a live project, but you’ve toured in the past (to much acclaim) and in just a bit over a week you’re playing Different Class festival… what is performing like for you? How do you prepare, and do you ever get nervous?

Well, initially it was such a self-contained project, it only really existed in my bedroom, and that was in the middle of nowhere. There wasn’t anywhere I could have performed, there was no scene for me to be a part of or anything like that, so initially it didn’t really enter my mind. Then, obviously, after the release of the first record I thought about it a lot more. I set up the live show with DVIANCE, who co-writes and co-produces a lot of my work with me. To be honest I feel that it is something that comes pretty naturally to me. It’s always been something I enjoyed as a child, doing theatre…I go into it with that approach, and try and live up to the character that is presented in my work. Takes a second, but other than that I don’t have a precise ritual. I guess I do get nervous, it depends on what I’m doing. I get more nervous for smaller shows… I was lucky enough to perform to tens of thousands of people last year with Christine and the Queens when I was on tour with her. That is less nerve wracking because there’s less of a personal connection…I’d say I enjoy playing smaller shows more, but it definitely does bring its own set of challenges, which has mostly to do with the fact that I’m going to see some faces. [Laughs] There’s more heightened emotions in general.

If you could perform anywhere—whether a musical venue or not—where would you perform?

There are many, many places that would be amazing. But I think if I could pull off performing in the cathedral of the town in France I grew up in. That would be quite a moment for me, on an emotional level, and aesthetically as well. That would be the place. Not that they would let a heaven like me perform there…

I read that before you signed with True Panther Sounds, you contemplated becoming a painter, and your EP’s title is a direct reference to a Tracey Emin piece—do you still paint or draw?

It is indeed a reference to Tracey Emin. I didn’t consider painting—I feel like that would’ve been just as ludicrous as trying to be a musician. [Laughs] I was working as a graphic designer for a bit. I still draw from time to time, but it’s definitely not the focus now. I think it’s something I could come back to, maybe in old age. I’ll be a hundred years old, painting away.

And who are some of your favourite visual artists?

I’d say some of my best friends are my favourite artists! Noah Mallassi, Stefania Batoeva, and Loïc le Hecho.

Since your painting career is a few decades away…what’s next for Lauren Auder in the immediate future?

My new record should be coming in autumn sometime. That’s all finished now. It’s a record that’s definitely been influenced by playing live, it’s a lot more upbeat, playing with the pop formats a lot more, which is exciting to me – as I said earlier, I think it’s ultimately all about communication. And I’ve been able to write for orchestras this time, which is very exciting! So it’s definitely a much more live record, and much more upbeat and pop record, but still firmly anchored in the things that I’ve been doing. 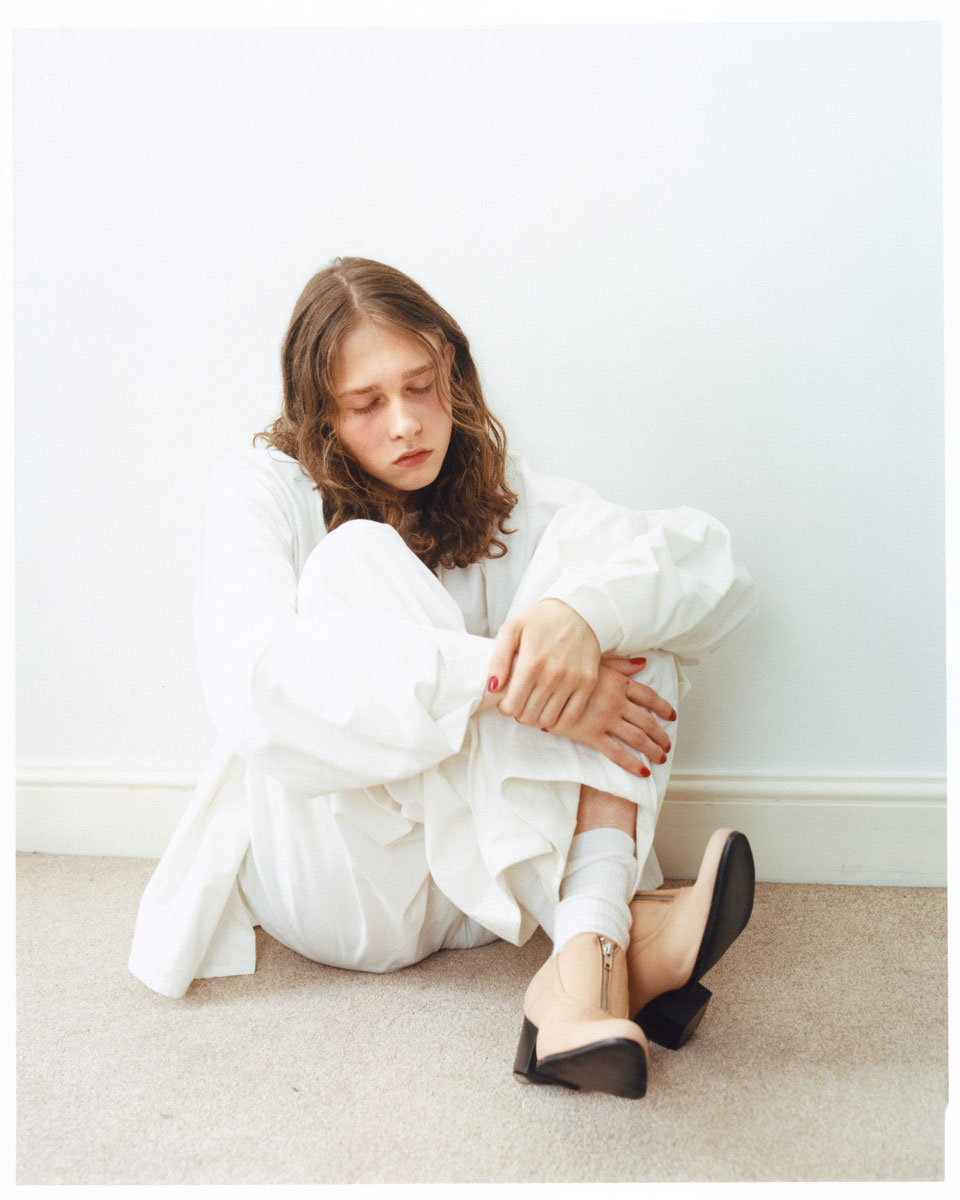