In conversation with Telemachus on his newest album! 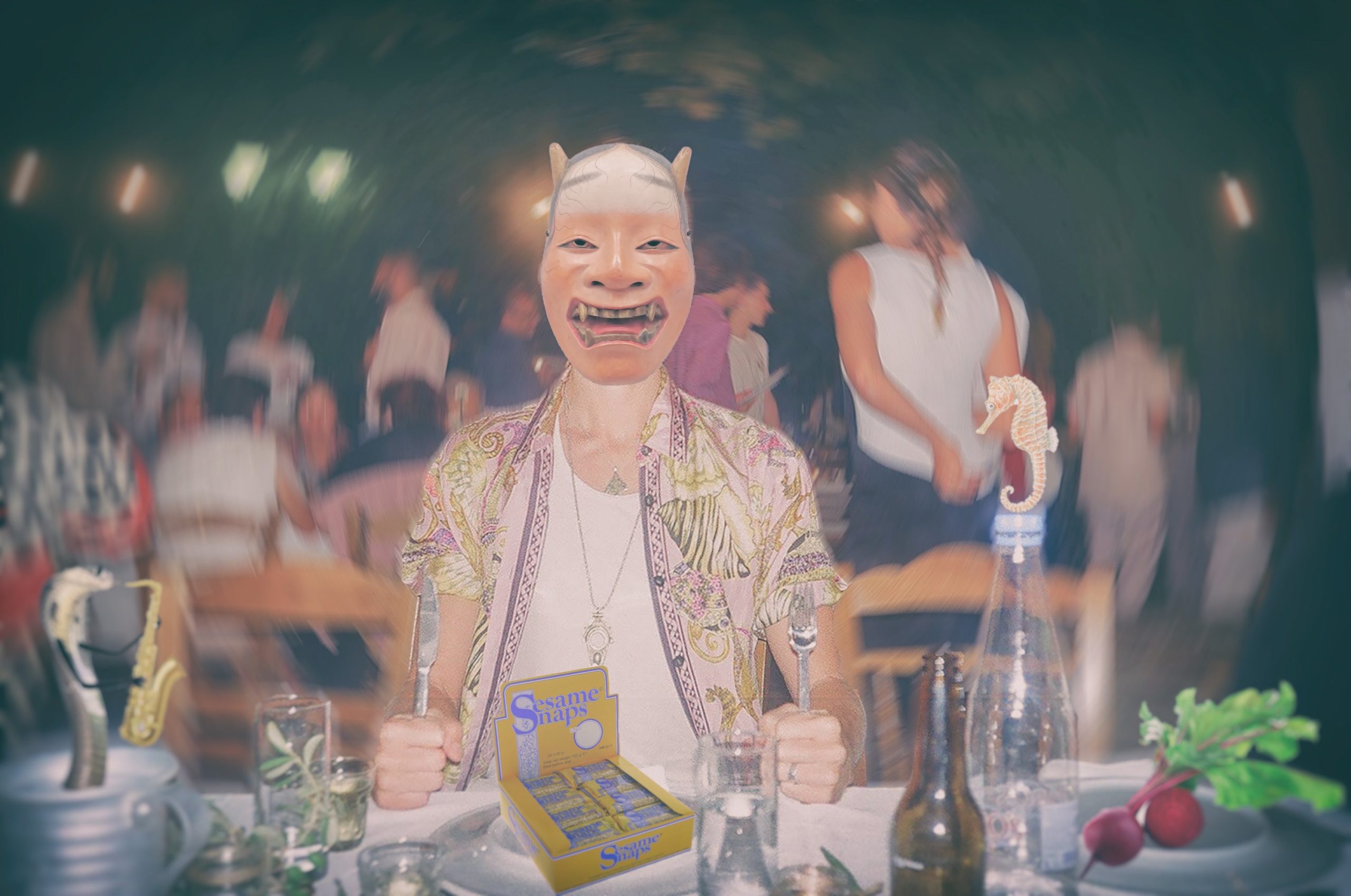 South-London’s very own, Telemachus, is an Avant-Garde producer who’s dystopian sound reveals the depths in which music can go. After his 2014 album, ‘Telemachus in Morocco’, we were ready for more- and the level of conceptuality and eclecticism remains. Telemachus builds himself a myriad of trip-hop, ambient, dancehall, jungle and folk, taking the genre-hopping vibes up to a whole new level. The album is predominantly instrumental, following the previous album’s narrative which was loosely based on Vietnamese folk tale. On the album we catch collaborations with Likka P, Jerome Thomas, RHI, Penelope Oddity and Chris Belson, taking the meditative journey up a notch. After this interview with Telemachus himself- it was clear it’s just as easy to fall in love with the artist as it is the music!

Hey there! First of all, could you tell us a little bit about yourself as an artist?

I go by the name of Telemachus as a solo artist, and I am desperately trying to make unusual experimental music influenced by global folk cultures… but with a very solid groove.

What has the journey been leading up to this new album release?

This album came together over about 4 years (in between my other music work making rap bangers and film soundtracks etc.) I think its good to take your time with something like this and really work as much meaning and detail into the compositions as you can. My friend said recently ‘i love listening to this album, there are so many little fiddly bits’ and I think that is a great review… I hope to keep the listener guessing.

The album is truly gorgeous and is in many ways a continuation of your previous work (Telemachus in Morocco)- what led to this decision (if it was one) and what is the story you wish to tell through the record?

The best advice I would give to anyone when making an album is to see it more as just a compilation of really really great tracks. Each track should stand on its own as a self contained banger because people rarely listen to full albums any more… So for this album of mine, I have (again) totally ignored my own advice and created a sprawling beast that, quite frankly, doesnt make any sense when you split it up into individual tracks. There is the main story that runs through the whole record and the music is there to illustrate the events and the moods that occur in that story. Thats just how it came out. I apologise. 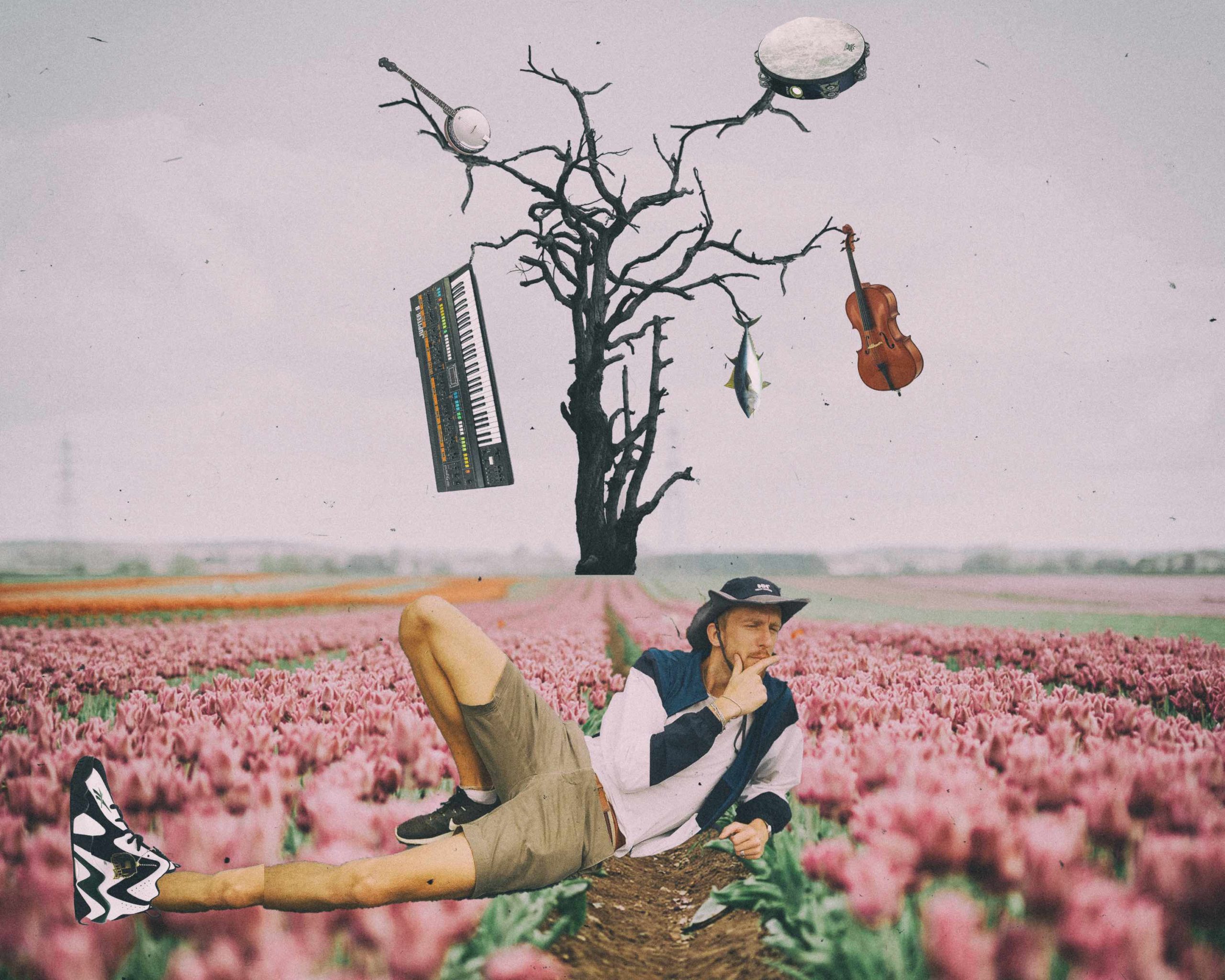 Personally, I found listening to Boring & Wierd Historical Music incredibly meditative; something which I have been particularly grateful for during this time! Is this something you intended and is this transcendence through music something you consciously engage in?

As Telemachus I always try to transport the listener to another place with my music, usually its somewhere a little bit trippy, but also hopefully a warm and soothing place. I had no idea at the time of creation of course but I think that for the current time of mental distress this album can hopefully have some kind of healing effect. I personally think that getting lost in any form of music – whether that be via a recording of Nepali prayer bells or even the overwhelming jolt of thrash metal – is actually a form of meditation as it consumes and totally focuses your attention. Of course, you can also put it on in the background too like some hotel lounge jazz…. I promise I won’t be offended.

What did the creative process look like when you were building this album?

Mannnnn it was so intense!!! I was locked in the studio by the record label (High Focus) for 4 months straight, I lost 23 kilos and my left eye turned into a potato…. Nah it was very relaxed… 4 years is a decent amount of time to crawl towards the finish line. It came together really slowly and deliberately and I gave myself all the time in the world to add plenty of intrigue and little easter eggs.

There are a handful of collaborations on the record; how did these relationships come about and what was it like collaborating on something so seemingly personal?

All the collaborators on this record are people who I respect as artists and I felt that their sounds would work perfectly over the psychedelic instrumentals that I was crafting. And also I can’t fuckin’ sing for toffee.

You are truly undefinable when it comes to genre, building your own myriad of sound; what do you think has influenced you to be so creatively free?

Yea yea tell me about it!!! Still to this day when someone asks me ‘what kinda music do you make’ I freeze up and end up mumbling about something undefinable. I just make whatever comes out on the day really, I don’t think about it too much…. I suppose you could call it TripHop? But that’s such a shitty name for a genre.

OK, I think we should call my genre ‘Luxury Custard’ – you heard it here first! We just made a new genre!

Is this freedom something you hope to see more in the industry?

There’s so much good music out there, I don’t think anyone needs my help or my opinions!

I also have to mention the artwork for the album! ~(wow)~ Could you talk us through the inspiration behind it?

Yes, the artwork really lifts the whole thing up I think. The illustration is by a great friend called Blake Dunlop. He is an infuriatingly talented Kiwi who makes films, draws and grows coconuts. We have collaborated on quite a few things. We are pretty much on the same wavelength I think…

Lastly, what are your hopes for the future of your music (goals etc.) and what advice would you give to those pushing through these strange times today?

I don’t really have any big goals, I’m pretty happy with how it’s all going. I just hope that I am able to continue to enjoy making music as much as I do for a good while. I’m not that ambitious. Would be nice to have a speedboat though… And as far as inspirational advice, I dunno really… Don’t put tomatoes in the fridge? 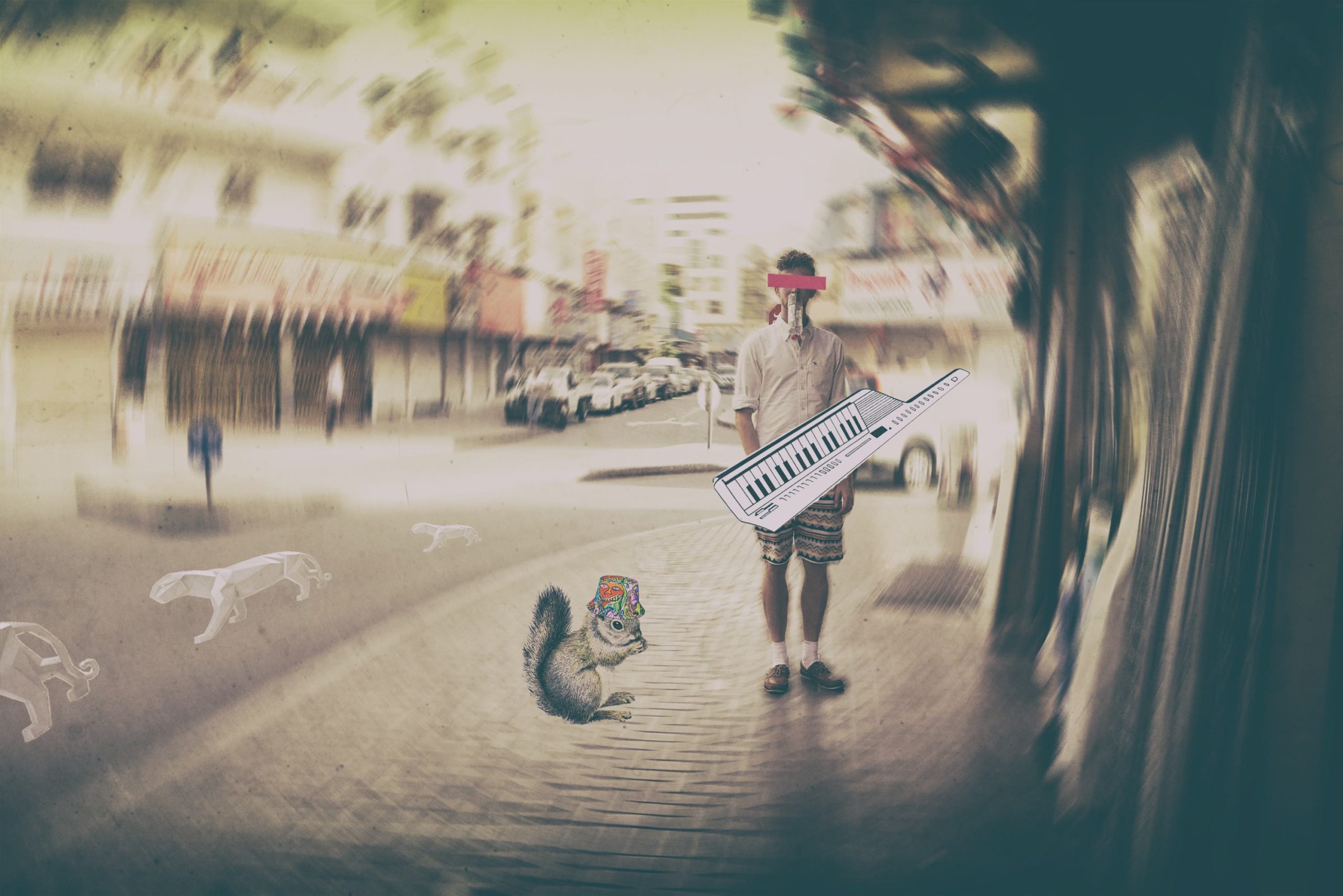