The hoodie—probably the most essential item at our office—might be the last political garment of Western society. Some time ago we attended the opening of Het Nieuwe Instituut’s exhibition “The Hoodie”, the brainchild of curator and writer Lou Stoppard in collaboration with Het Nieuwe Instituut. It was an eventful evening, with talks, performances and an afterparty, throughout all of which the exhibition’s focus centred on the hoodie as an item that is the bearer of stories that define our times. 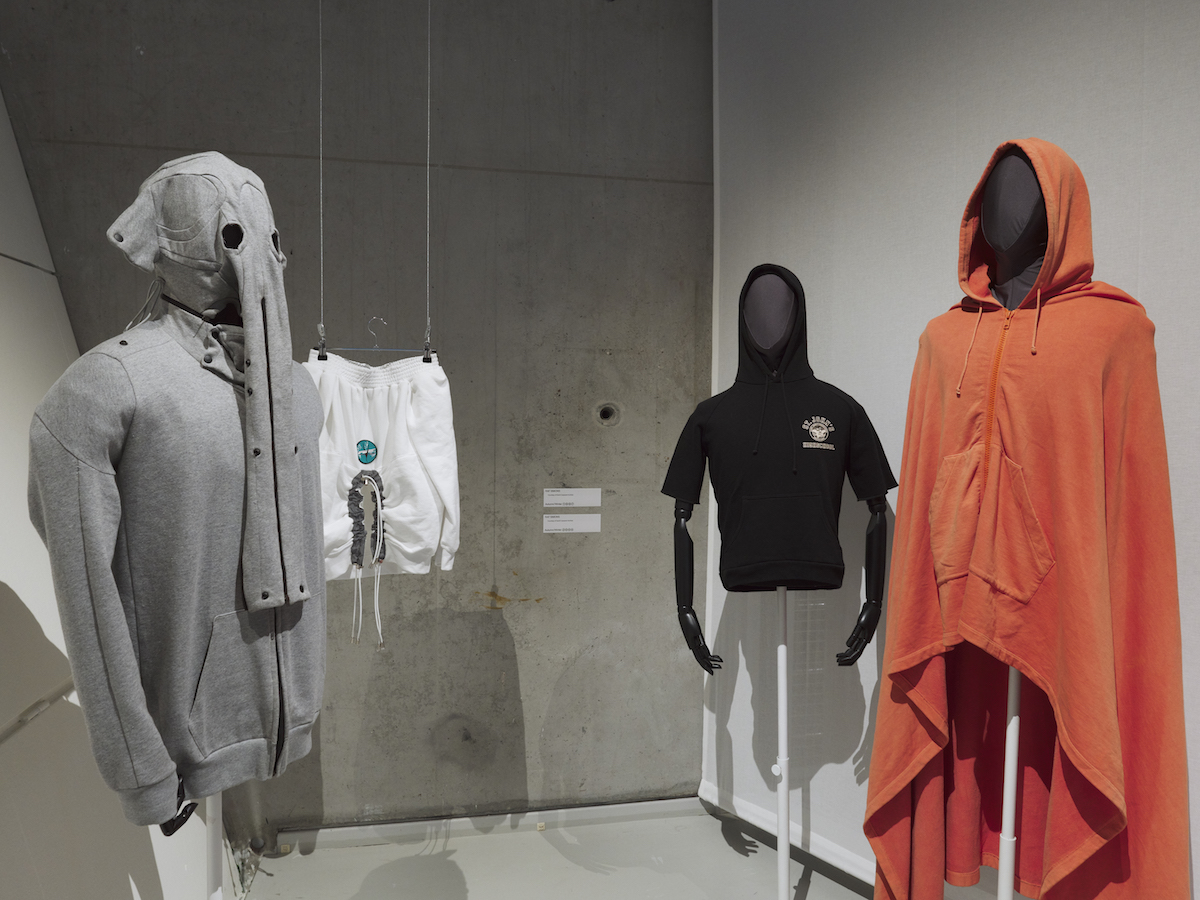 Origins of the hoodie trace back centuries ago in the shape of garments of secrecy, privacy, modesty, and youth style— all characterized by the iconic hood. Although there are many examples of hoods in historical dress, Champion is widely credited as the inventor of the hoodie as we know it today. The brand introduced the sweater with a hood in the 1930s as the ideal garment to keep athletes warm before and after training. Later, many blue-collar workers adopted the garment as a means for protection from the cold and the rain. Nowadays the hoodie has become one of the most popular pieces of clothing, worn by all members of society. It has become the symbol of various groups, cultures, subcultures, privacy, fear and style. In the ‘70s and ‘80s, the Champion hoodie emerged as a staple of hip-hop style, worn regularly by musicians and fans. At the same time, it gained popularity among college athletes, who wore the garment as sportswear and for comfort. Eventually, skaters, surfers, and even office workers also picked it up. In the ‘90s the term “hoodie” was officially coined and started making its way down multiple fashion runways.

The last few years the hoodie has become even more popular due to its entrance into fashion’s luxury segment. Yet again, hip-hop culture is the main force behind its current success, since the genre has risen towards uncharted highs, becoming one of the key players in the fashion industry through its classic streetwear style. Although the garment is celebrated in fashion, the hoodie on the other hand has also become a player in racial profiling and social inequality. Unfortunately, not everyone can afford to wear a hoodie and walk away unscathed. To walk freely in a hood is decided based on your gender, age, behaviour, ethnicity, and where you are in the world. 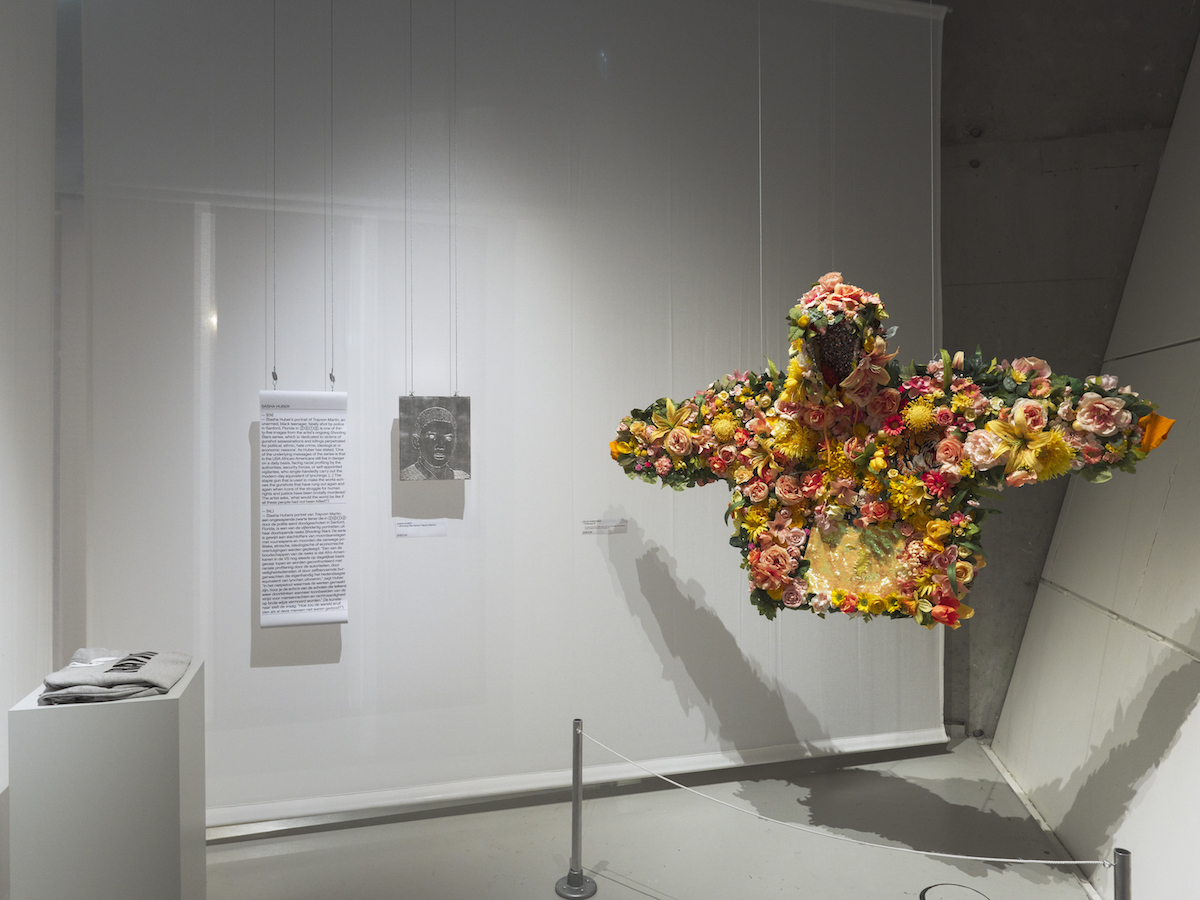 The hoodie is an item that embodies paradoxes, hence becoming a garment that extracts different opinions on a wide range of contexts. Based on the particular context, the hoodie can be both boring or iconic, bourgeois or rebellious, provide a safe shelter or trigger aggression, generate invisibility or privacy, or make an explicit statement; you will find it on the streets, on sports tracks, on the catwalk and in the office. The hooded sweater serves as a token for critique on mass surveillance, protest and activism, the popularity of hip-hop and its effect on fashion, and expression of androgyny and gender-fluidity. The exhibition looks at the areas of discussion that the hoodie evokes, and investigates how the piece of clothing can be positioned in the broader context of fashion history.

Het Nieuwe Instituut utlizies its role as artistic institution to criticize the falsely apparent “neutrality” exhibit spaces often emit. For removing an object from its natural habitat changes its contextuality and thus its meaning. This is especially vital when you look at the hoodie, where socio-political and cultural elements are at the base for reflection and analysis. When you remove the hoodie from the streets, you inevitably remove its meaning; and with problematic results. If you look at the role the hoodie plays in fashion today, these issues also emerge; designing an exclusive and expensive edition of something with its roots so firmly in lower-class society threatens to take the right to the hoodie from the people who originally brought the item’s fashion success upon itself. It could become inaccessible to those people, and an exhibition on the item could complicate the matter in different ways: while visitors pay to look at the hoodie, citizens get harassed meters away for wearing it.

The hoodie tells many stories that define our times – tales of social inequality, youth culture, subculture, police brutality, racism, privacy, fear and, in turn, style. With its roots in sports clothing and workwear, the hoodie as we know it today was popularised by Champion in the 1930s as a practical solution for workmen. It is now, arguably, western fashion’s last truly political garment – a garment that can incite fear, jealously, camaraderie and even fury in others – as well as being a garment you can lose your life by wearing. The lingering question posed by the hoodie is simply: ‘Who enjoys the right to wear one without challenge?’⁠ More information via link in bio.⁠ ⁠ Credits: Model Adut Akech draagt Balenciaga in 'The Earthwise Issue' van i-D, najaar 2018. Photo: Campbell Addy. Styling: Alastair McKimm⁠ ⁠ #thehoodie #hoodie #exhibition #hetnieuweinstituut #rotterdam #opening #loustoppard #thehoodieunravelled

To avoid this hazard as much as possible, the museum’s exhibition consists out of an on- and off-site programme. The on-site exhibition takes place in the streets of Rotterdam—on creative playgrounds removed from the confines of museums and galleries—led by the cultural platform Concrete Blossom, a local design studio with its origins planted in urban culture. Their events focus on the themes that the hoodie evokes, situated in their natural environment, where the realities of the garment are lived through daily.

The off-site programme takes place within the walls of the museum, laying bare the unjust distinction between high fashion and streetwear, alongside stimulating dialogues on the position of Het Nieuwe Instituut itself regarding decolonisation, diversity and inclusivity. The exhibition is a round-the-clock walk that takes you through various executions of the famous fashion item by brands, such as VETEMENTS, Rick Owens, Yohji Yamamoto, Raf Simons, and several artworks that refer to its history and various contexts. You may find yourself walking under washing lines of hoodies, all part of the interactive project that borrows the garments from the public to showcasea range of contemporary hoodies that had just recently been available for purchase. 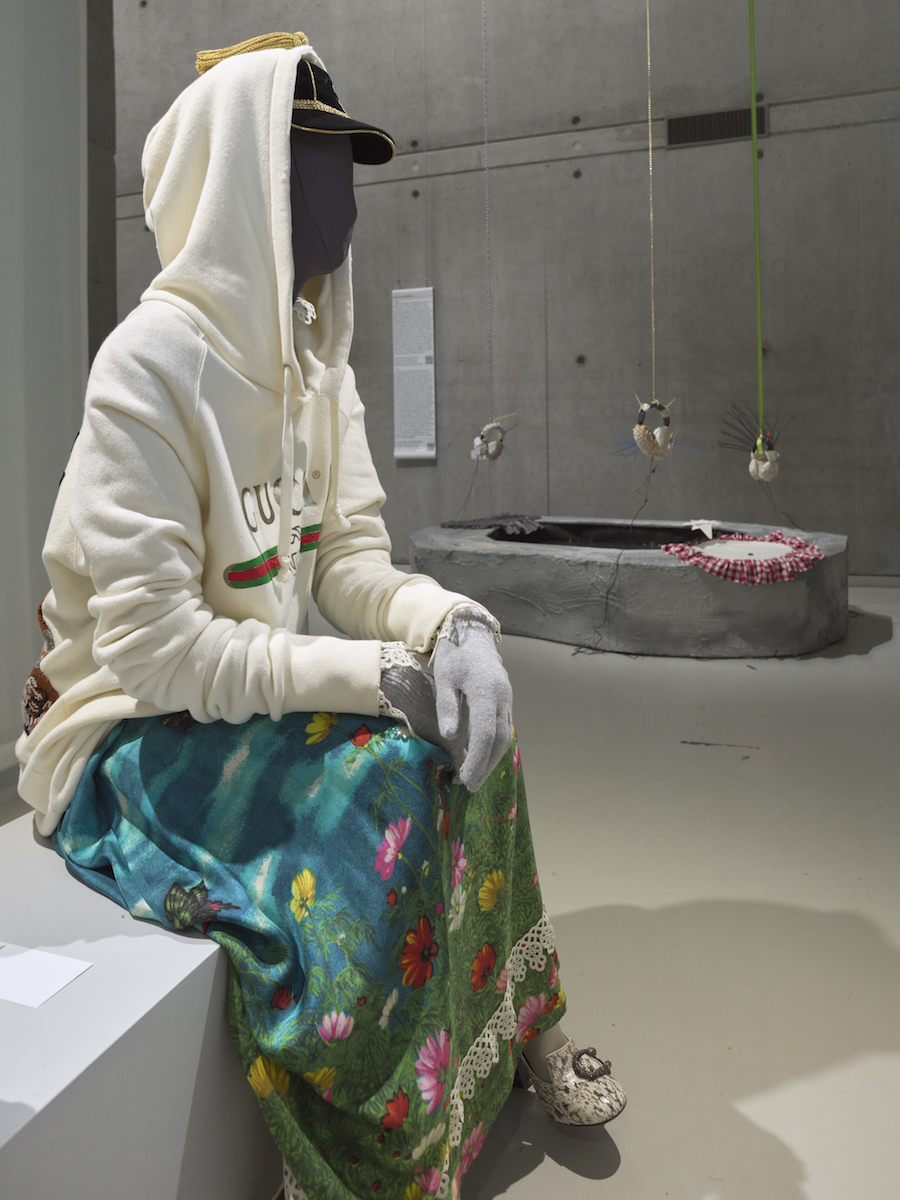 At first glance, the hoodie appears as the easy and comfortable go-to item of your wardrobe, but as Stoppard and Het Nieuwe Instituut unravel its hidden connotations, the garment proves to be the signifier of multiple cultural dimensions. “The Hoodie” promises to change your perspectives on the beloved hooded sweatshirt, a must-see for everyone interested in the hidden narratives of streetwear fashion.