“I guess I just take everything as it comes.” 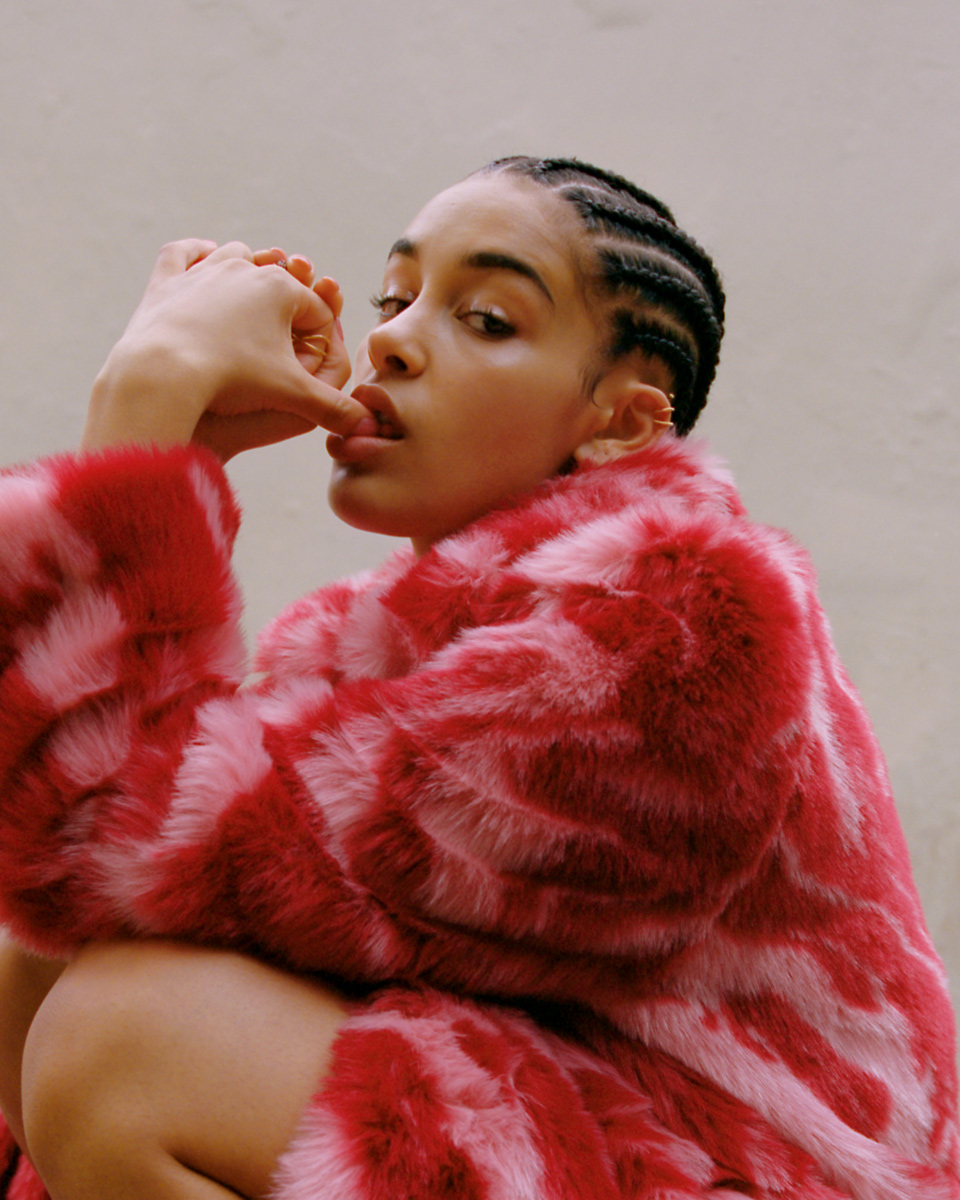 JORJA SMITH has been on the road to success from what seems like day one. And with her list of (high-profile) fans growing by the second—as well as every single date of her first world tour selling out (which she describes as “a bit mad”)—her ascent shows no sign of slowing. Following the release of her widely praised debut album, the 21-year-old British artist is everywhere. From live appearances to collabs, the charts, film soundtracks and magazine covers, nothing can keep Smith from achieving her dreams. Or, with her trademark understatement: “It’s going good.” 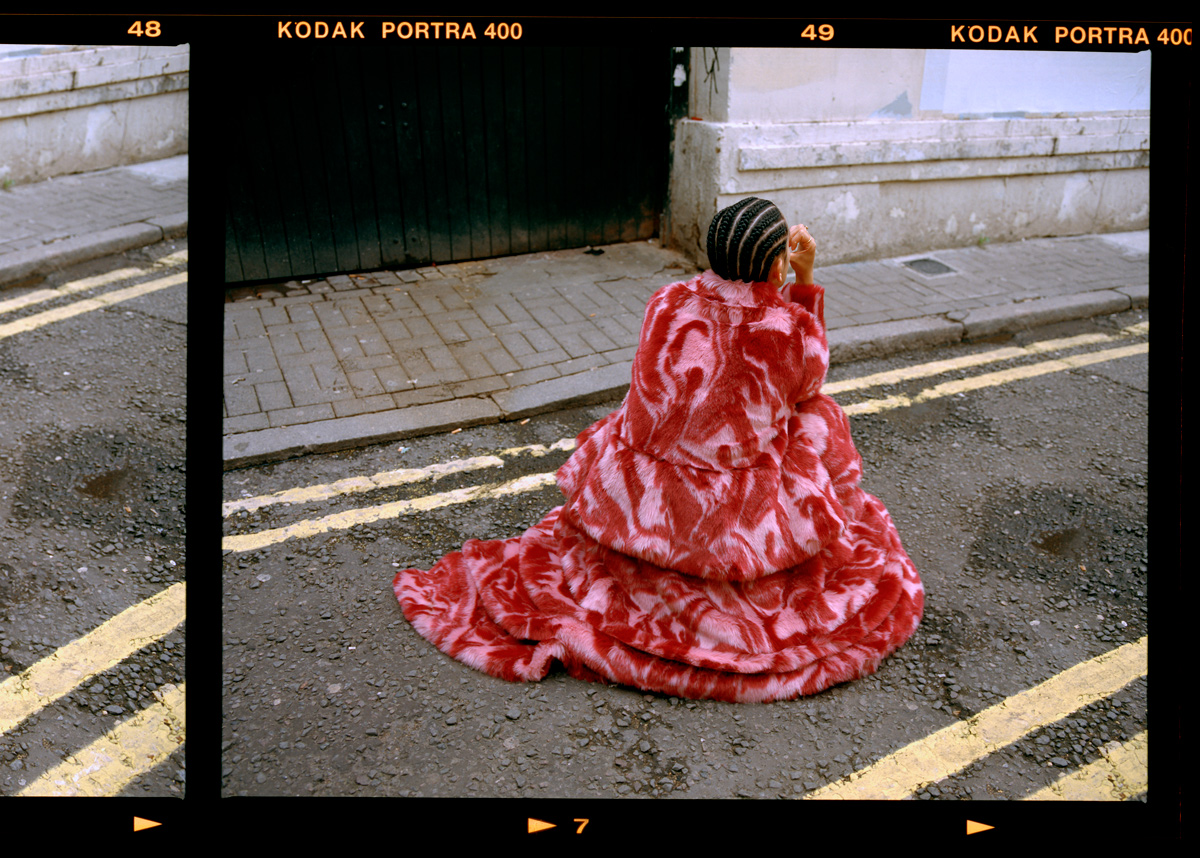 Catching up during hair and make-up before her Glamcult shoot in London, Smith is relaxed yet sharp. With her signature glowing skin (which will quickly prompt you to regret a few of your own life choices), she appears to be taking the accelerated momentum of her success in her stride. “I guess I just take everything as it comes,” she muses on that sunny afternoon. But let’s take it back a few years—before Smith was noticed by Kendrick and Drake, before the release of her debut album, and before the awards—to a young girl in Walsall. “I’ve always loved singing,” she begins. “My mum always said I was just making sound and reading stuff aloud… When we’d walk to school, if there was stuff on the wall I’d read it, and I guess I’ve just always loved sound.”

Training her voice classically at school—an education that has shaped the sound of her tracks today—she was enchanted by the power that music held, from the legendary Amy Winehouse to baroque composer Henry Purcell, whose work A Prince of Glorious Race Descended Smith directly quotes on A Prince. “I guess it’s just how I’m able to sing… like, I’ve got quite a good range,” she muses. “I’m still influenced by when I was at school and I just put both of those elements into my music.” 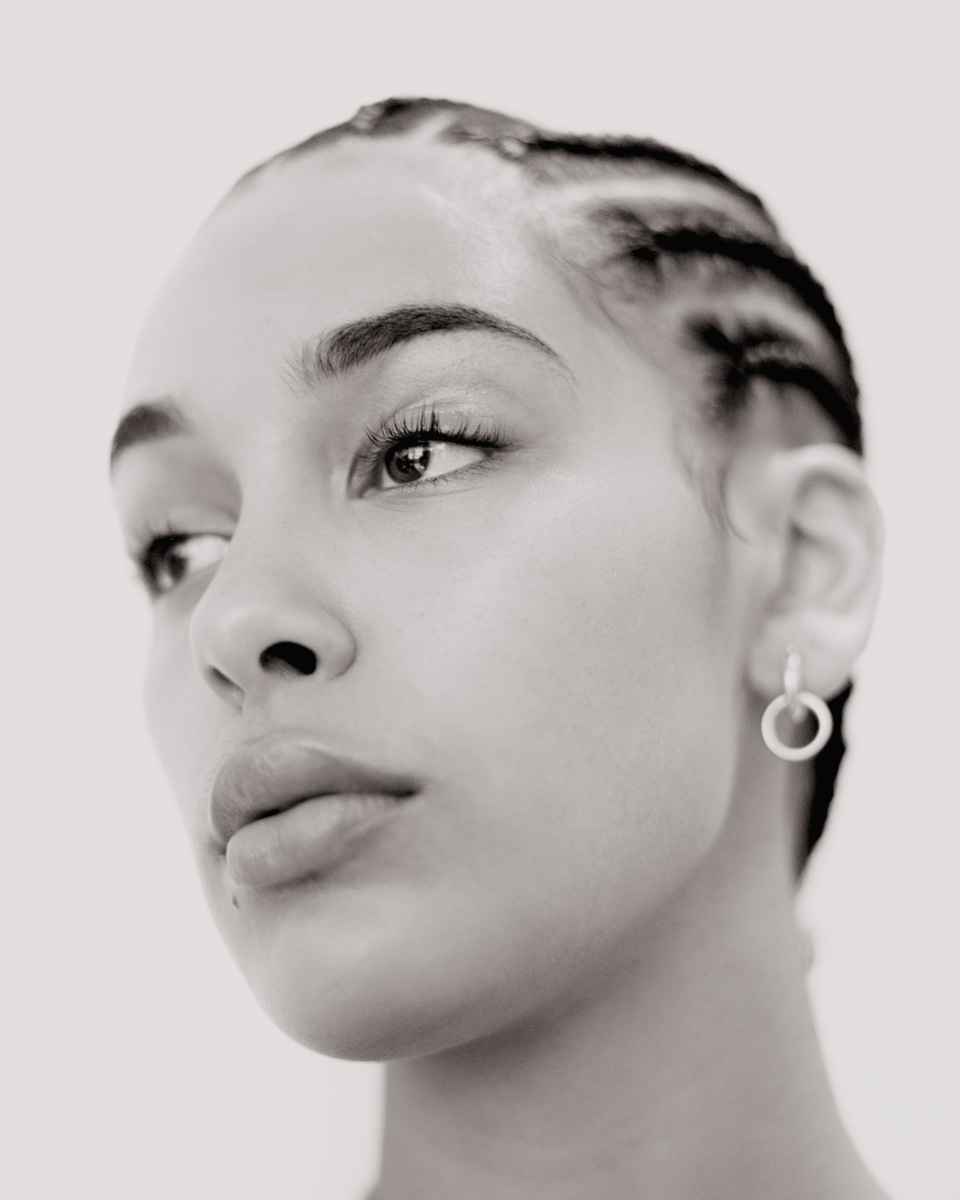 Moving from Walsall to London at an age that would terrify most teenagers—let alone their parents—the singer had her eyes on the prize from the outset. “London had opportunity,” she explains, “and that’s what I moved here for. There was plenty of inspiration in Walsall because I’m inspired by everything, to be honest. I think London is full of creativity but it’s about standing out.” In a city where artists either sink or swim, Smith did her share of exhausting day jobs while pursuing music. But ultimately, the struggle only amplified her drive.

Fiercely independent, Smith remained defiantly autonomous during those first steps toward becoming a household name. And that meant she largely bypassed the  competition and criticism that deters many creatives from pursuing their dream. “With not being signed or anything, it actually kind of protected me from the industry,” she explains. “It feels like I don’t know any different, like it’s all I’ve known… And if I don’t know any different, I’m just gonna keep doing it how I’m doing it now.” She laughs. “I mean, it’s going good.”

While she’s still only 21, Smith’s debut—seamlessly produced by, among others, Michael Uzowuru (Frank Ocean), Amanda Ghost (Beyoncé), Jeff Kleinman (Anderson .Paak) and her boyfriend, singer/songwriter/producer Joel Compass—Lost & Found is a mature and stylistically experimental piece of pop, emphasizing her voice and technique. Its 12 tracks are honest, relevant, questioning and relatable. Take The One, for example, which explores the familiar 20-something fear that your strength and self-love will be diminished by making yourself vulnerable to love. It is, Smith confirms, “one of the most honest songs I’ve written. The song came from the fact that I really, really liked my boyfriend (who I was only just seeing when I wrote the song) and I did want to be with him, but also didn’t like the idea of having a boyfriend and thought maybe it was too soon. We wrote it together, literally the day after we had a conversation about being together or not.”

While her lyrics often address heartbreak, insecurities and love, the socio-political realities Smith sees around her also play into her tracks. With police oppression and violence an ever-present issue for people of colour, this reality is heard especially clearly on the beautiful Blue Lights. From the start, the lyrics of the lullaby—and the must-see video that accompanies it—hold nothing back: If you’ve done nothing wrong / Blue lights should just pass you by […]I wanna turn those blue lights into strobe lights / Not blue flashing lights, maybe fairy lights.

In addition to her own album and singles like the catchy On My Mind (with Preditah), Smith has amassed an impressive array of star-studded collaborations with Drake, Kali Uchis—a collaboration “everyone seems to forget” but which should be anything but forgotten—and none other than Kendrick Lamar, with whom she worked on the Black Panther soundtrack for the bass-driven I Am. “Kendrick is such a cool guy!” Smith enthuses. “We clicked instantly so it was easy to write together. I think he’s so interesting and has so much to say.” It was surely a dream come true, but if she could have one more collaboration in the future? “Well, I’d really love to work with Sade… yeah, that’s who I’d choose to work with.” 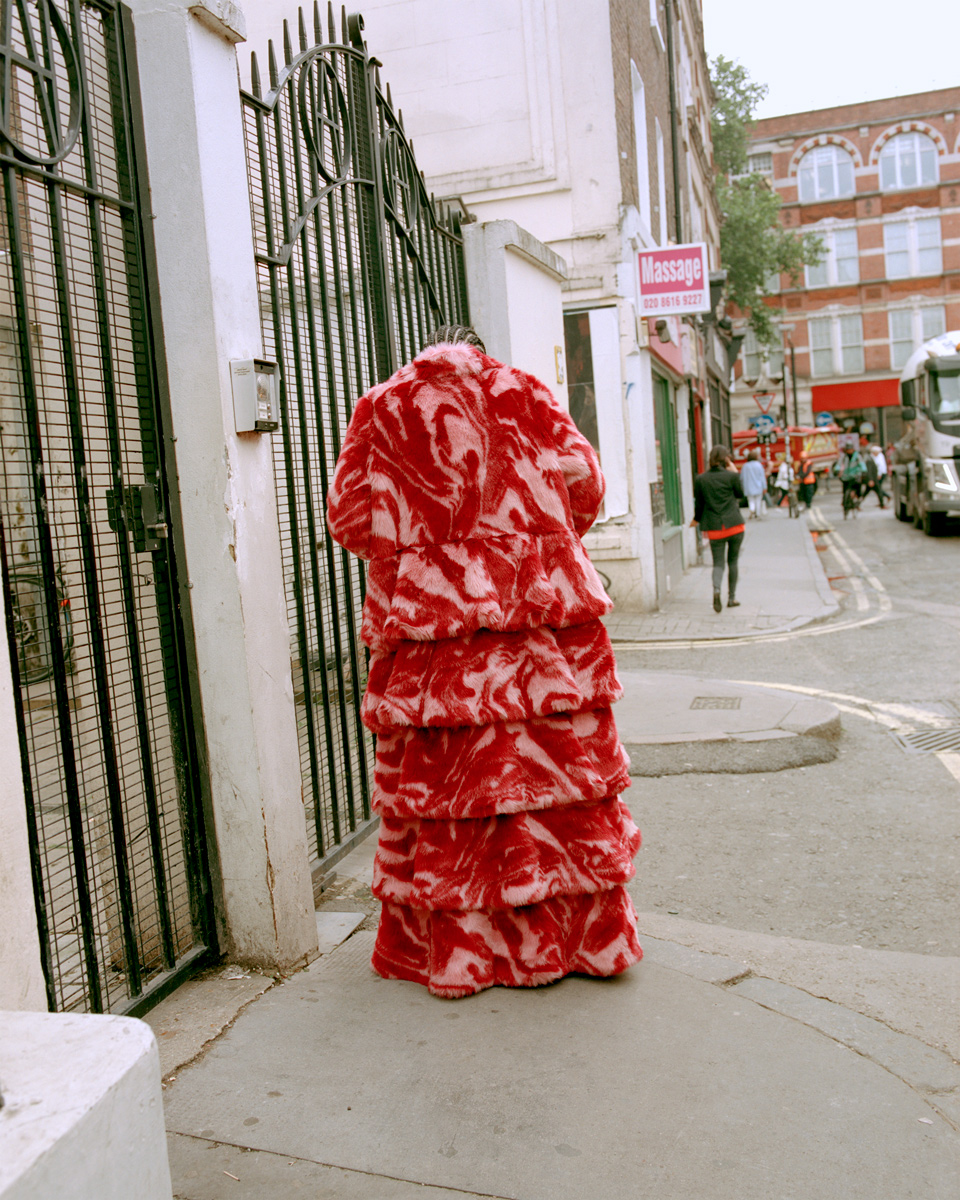 With so many achievements to her name, one could be mistaken for confusing Smith’s direct honesty for overconfidence. But any young artist experiences, learns and grows from setbacks, and Smith has by no means always been as self-possessed and confident as she is today. Having previously spoken about disliking her skin colour and physique as a teenager, and being at the centre of swirling rumours about a possible romance with Drake, how has she managed to maintain such a balanced outlook? With the air of one far beyond her years, she says, simply: “Ignore it! Someone will always have something to say about you, good and bad. The good always outweighs the bad so I just don’t worry about it. I’m happy with what I’m doing and my fans are too. That’s all that matters.”

From the street to the stage, Smith’s whole being exudes this confidence, and music has played a fundamental role in arming her against the whirlwind of negativity that comes with fame: “The more I sing, the more confident I’ve become. I don’t really think too much, you know. I just feel and do.” That’s mirrored in songs like Lifeboats (Freestyle), where Smith addresses the ever-expanding gap between the haves and the have-nots, or February 3rd, which reflects a growth in her self-worth, her attitude towards relationships and putting herself first. “Well, I recorded that towards the end of 2017,” she explains. “That was when I just decided that I’m a good person and some people just take that, and me, for granted. You can give too much, and they don’t give enough back. That’s why I brought that single out.”

A testament to her own strength, sincerity and the ability to stay on her feet in a competitive and often corrupt industry, Smith couldn’t promote a healthier message to her devoted fans around the world. At the very start of her career, we’re excited for the future of our ever-rising cover star. 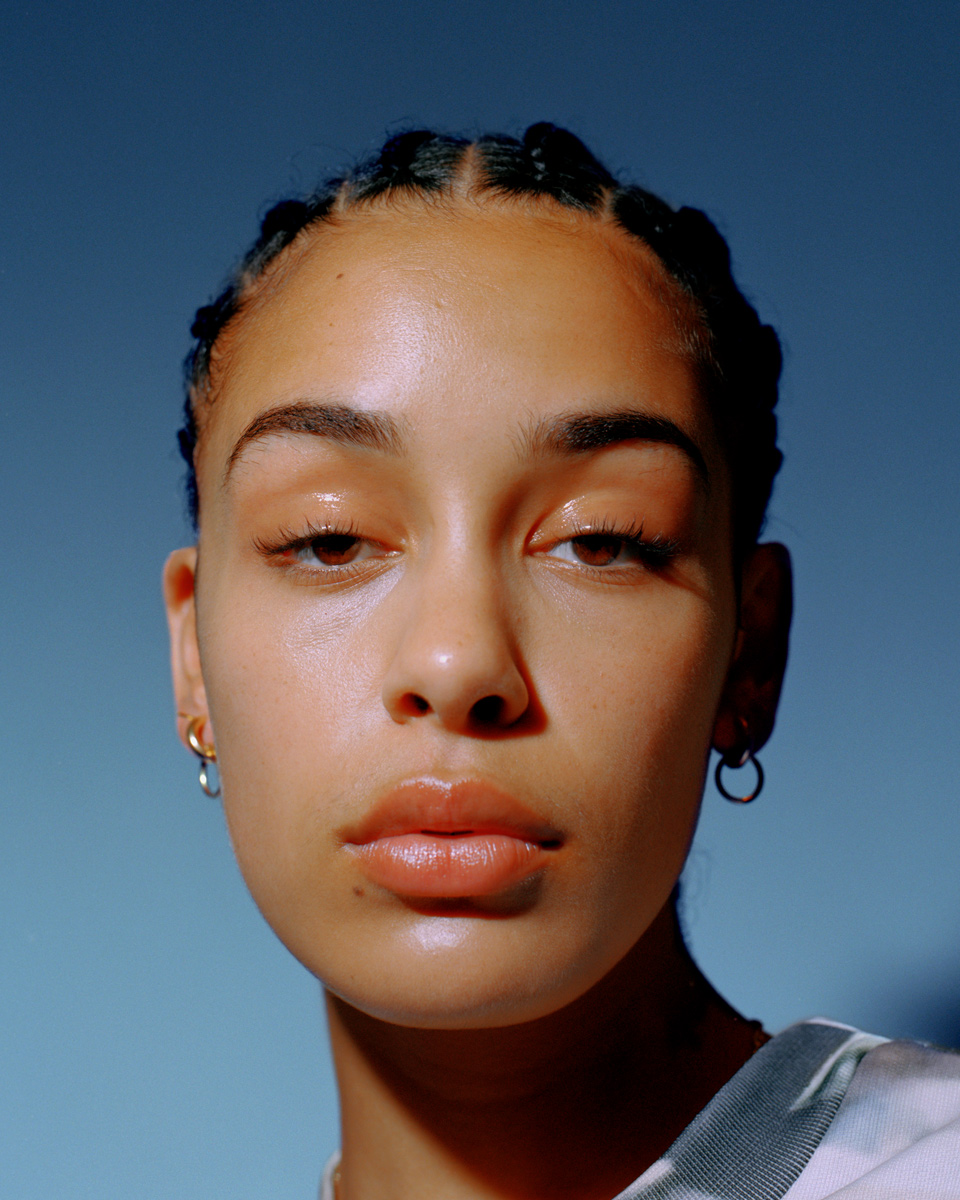