“It’s not just the Madonna or the whore.” 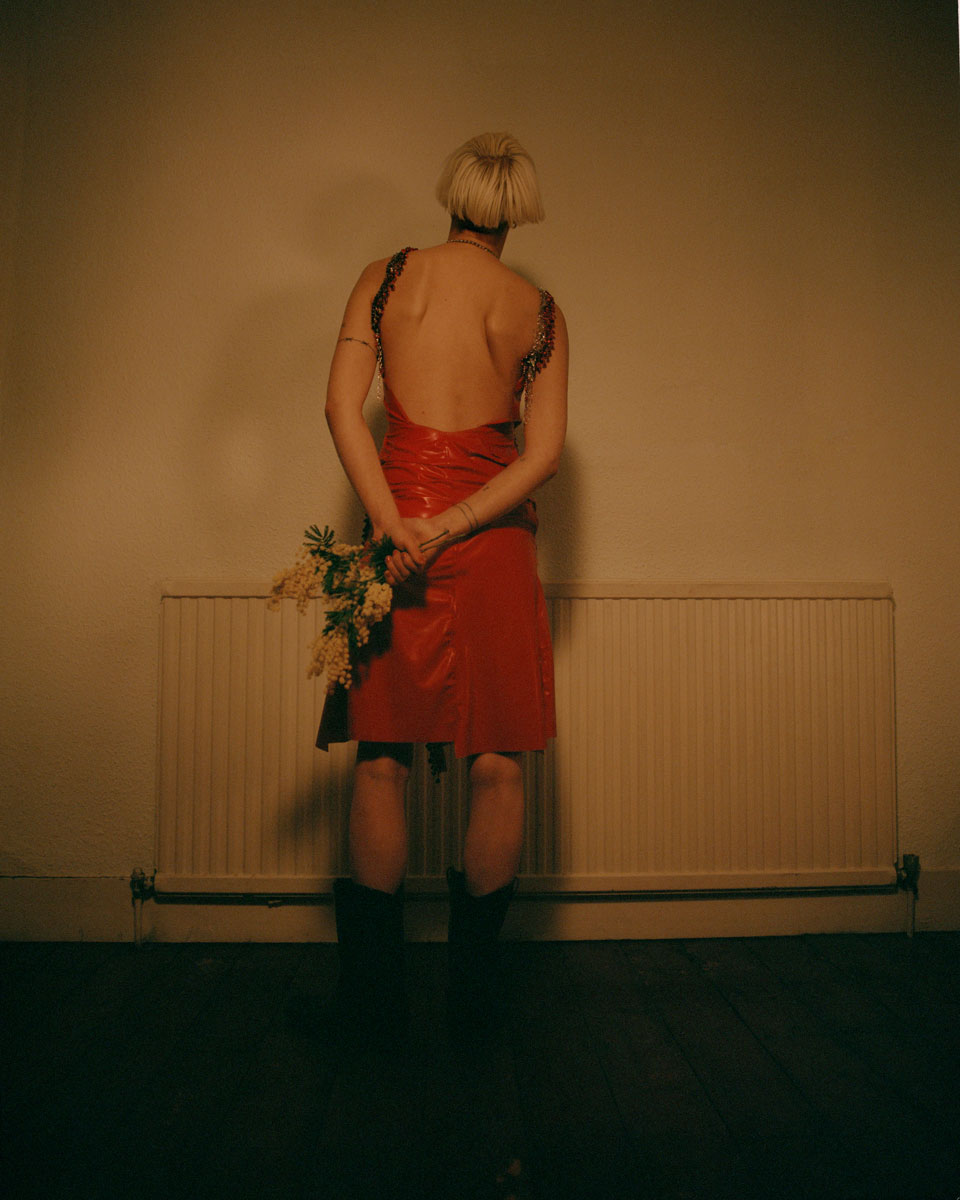 Hours after latex, crimson make-up and stainless steel set the scene of their shoot for Glamcult’s “Pain” issue, we logged on for an hour-long Skype chat with two of the three members of DREAM WIFE. Days away from releasing their self-titled debut, the London-based band is feeling energetic, provocative, sensitive and ever unapologetic. Channelling punk at first sight (and sound), Dream Wife instantly assert they aren’t here to please anybody. Their music—and their hypnotic live performances—persuade audiences to throw their bodies into the mosh pit in anarchic submission. Their lyrics, bold and seemingly reckless, at all times question the patriarchy, inviting women to proudly express their duality and urging society to acknowledge their complexity.

All of which is encapsulated in their name, Dream Wife, a moniker the group—Rakel Mjöll, Alice Go and Bella Podpadec—chose before they ever wrote a song with the intention of challenging the essence of hetero-normative gender roles and the expectations forced upon women. As our conversation first touches on their name, Mjöll and Go explain that it’s funny, cheeky and absolutely a double-edged sword. The inspiration, they tell us, comes from the ’50s when the “dream life”—aka the American dream—was a thing. “In that equation there is the ‘dream wife’ as well, and so a woman becomes an item, like a car,” explains Mjöll. “But she’s never existed because she’s not real—and women are real,” concludes Go. 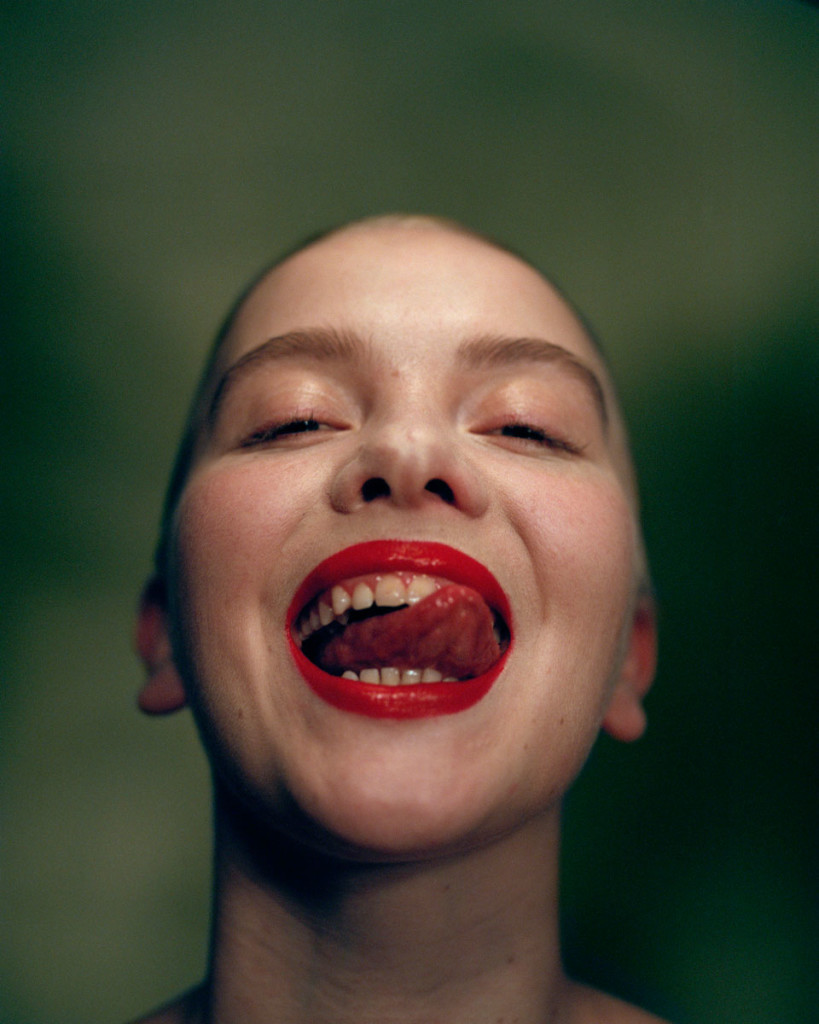 In sync with Dream Wife’s name, their punk guitars and sharp drums smash expectations of women in both society and music. One only need hear FUU to experience the band’s playful dichotomy: a charismatic, melodic voice sings the iconic line “I’ll tell you what I want what I really, really want” by the Spice Girls, which suddenly turns into a blasting, merciless “I wanna fuck you up!” Dream Wife’s live shows “feel powerful and it feels like girls screaming ‘bitches’ together […] it’s definitely fun,” says Go. Mjöll playfully smiles at the audience, but a few seconds later rocks out like she’s having a fit. The ground trembles with Podpadec’s bass, while Go bursts out on the guitar, both headbanging incessantly. “It’s funny to watch some people come to our show—especially men who come for the first time,” says Podpadec. “Their jaws are just on the floor!”

Dream Wife stand for unapologetic fun, and so does their debut album. The self-titled record comprises a collection of songs that reflect on moments that have defined them—and moments they won’t allow to define them. Through what turned out to be “a party album by accident”, they tell personal stories and juxtapose them with other women’s stories. On a more serious note, their lyrics speak of discriminatory and violent experiences that women around the world encounter on a daily basis.

Yet the band members reiterate that even though they address serious issues such as inequality, it’s equally important not to take themselves too seriously, to leave aside the ego so characteristic of the music industry and fully enjoy what’s on and off stage. In that way, they approach these narratives with the intention of channelling them into something positive. “Take your pain and use it as a weapon to help other people. When you speak the truth about your pain, suddenly that stops being so personal,” affrms Mjöll, who stands firmly against the outdated idea that artists need—and look for—pain to feed their work. 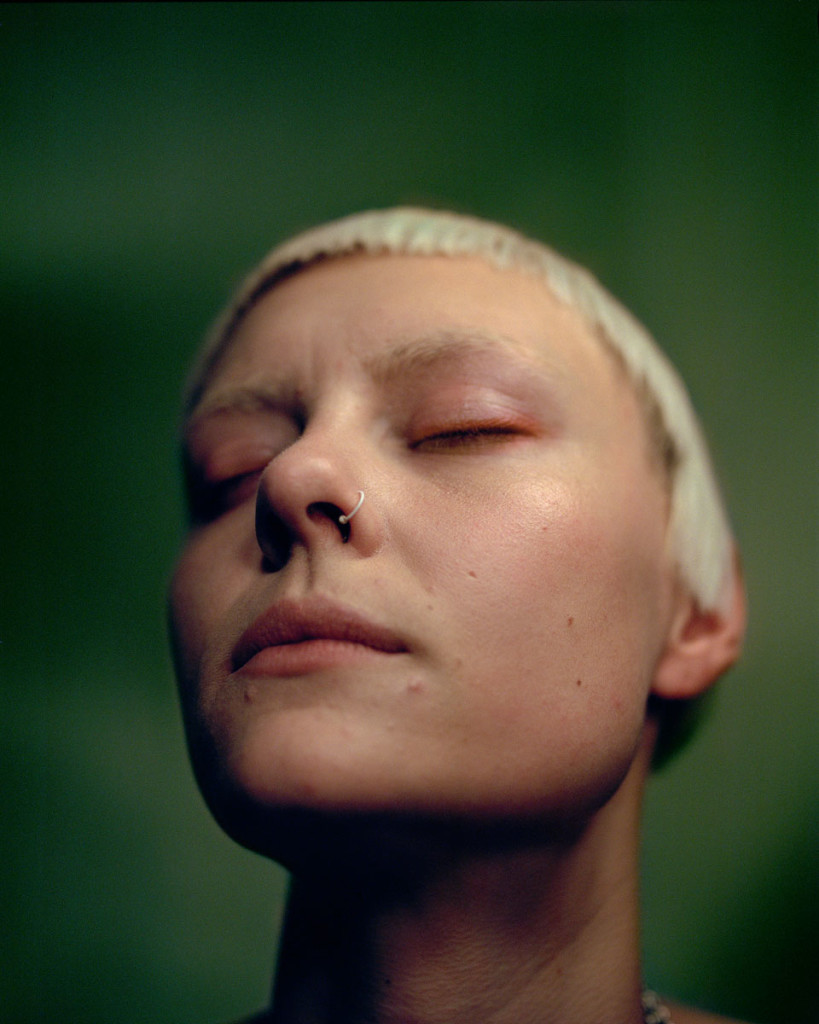 With their first album, the members of Dream Wife reveal themselves by allowing themselves to be angry, sensitive, strong, sexy and nostalgic—“the many different sides of a woman, because you write what you know and this is what we know,” affirms Mjöll. In this way, Dream Wife unfolds various levels of women’s experience, a complexity that mirrors the work of David Lynch, whose films the band are especially fond of. Known for presenting a bold reality, Lynch explores perspectives beyond the ever-exposed mainstream. “Women in David Lynch’s films are absolutely complex and intriguing,” says Go. Mjöll adds: “He smashes expectations and that’s how we look at ourselves. You often only get to see one or two sides of a woman. But on a daily basis, you can easily see 20. It’s not just the Madonna or the whore.”

The birth of Dream Wife can be traced back to the School of Art in Brighton, London’s favourite beach getaway, where the three met. Drawing from their individual experiences with playing in bands during their teens, Dream Wife emerged as an art project that turned out to be a success. “We allowed it to happen and we felt supported through it,” says Go. “We wanted to make more songs and just by playing more shows it’s grown naturally and organically,” Mjöll confirms. Both Go and Mjöll insist that the band has always been an instinctive project, which has never been or felt forced. It might be exactly this “let it be” spirit in combination with their wit, talent and tautness that have led Dream Wife to become the breakthrough powerhouse it is anno 2018.

Following graduation, an exciting career was about to begin. Intuitively, the girls decided to move to the “city of freaks”, as they call London, to settle among its colossal community of artists. Discussing their adopted hometown, Mjöll mentions her appreciation that “there are so many different venues for art in London, so people come across to use it both for inspiration and vice versa; the music takes inspiration from what’s going on. London is a melting pot of conversations.” Dream Wife naturally entangles itself in and manifests its ideas through London’s creative community. By being present in the scene, the project becomes larger than the three band member and turns it into a platform that channels not only their own artistic views, but celebrates the vision of other artists too. “Working in collaboration opens a conversation for people to showcase their talent and their interest—through you,” asserts Mjöll. “It’s not just about us.” 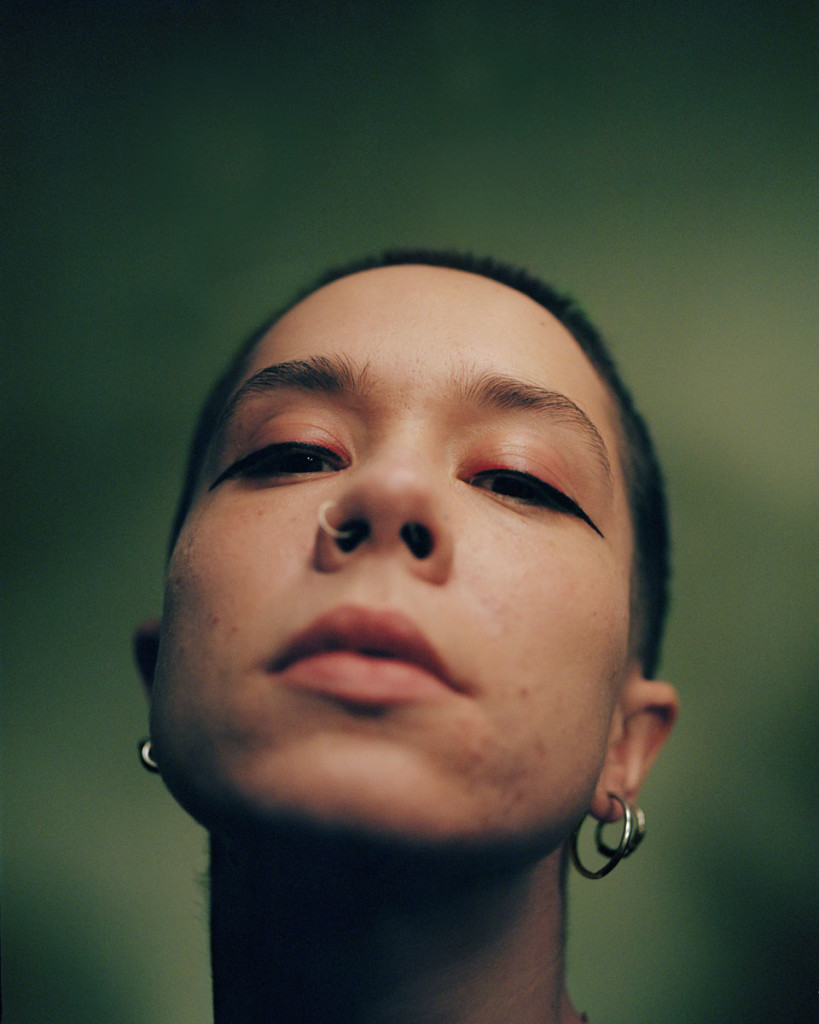 Although Dream Wife’s songwriting process is ignited at their personal core and fed by the creativity that surrounds them, it’s explored and understood through a continuous dialogue that involves the audience too. “We’ve written a lot of songs based on how we’ve felt the live shows from the crowd,” says Go. Before the band declares a song thoroughly finished, they decrypt it by taking it to the stage and figuring out how they feel about it in a live setting—and equally important, how the audience feels about it. Are we having fun? Are they having fun? While the music rages, these are the questions the members of Dream Wife ask themselves. Why? “You go on a whole journey before you can really understand it.”

Surprisingly, Dream Wife hasn’t always been the high-speed machine it is now. “We once wrote ballads. But they just ended up becoming faster and faster… they became rock,” says Mjöll. She goes on to explain that the spaces formed during shows can help people to relieve their sorrows. “The beauty of rock music, especially if we talk about women, is to allow yourself to scream. You go to a rock show and put your anger out there by dancing, screaming and meeting a bunch of people in a mosh pit.” Because, after all, “screaming at concerts releases pain”.

Find us front stage, screaming “Dream Wife” at the top of our lungs.