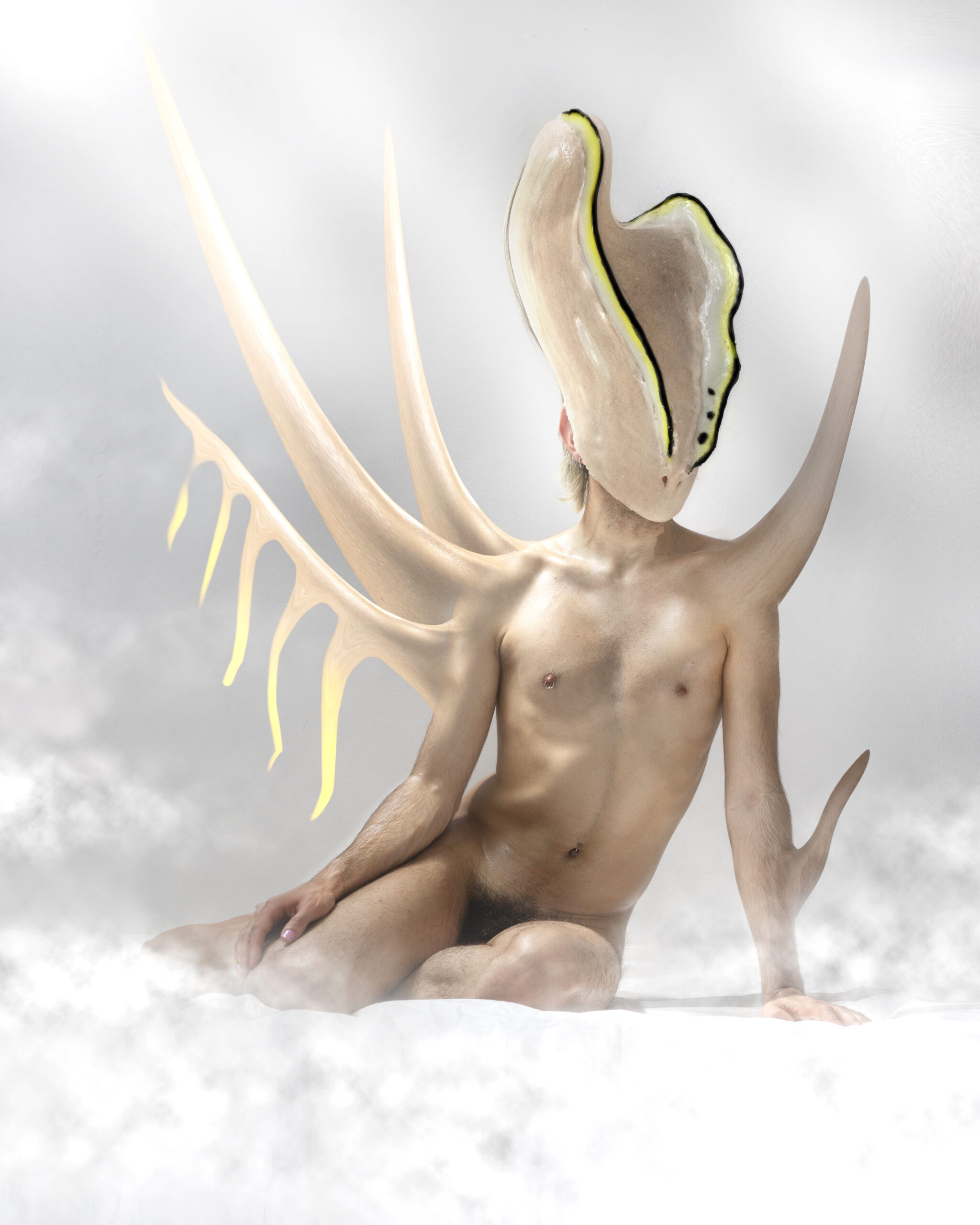 Identity is fluid, and the binaries we are subjected to in society no longer have to be a prevalent state of our being. ‘Human’ no longer requires the isolated rhetoric of anatomy-based distinctions. Rather, we ask: “What builds the exterior from our voluminous interiors?” Our guiding light, anthromorph, embodies the freedom behind the term ‘human’. Through their artistic curation of the physical form, images of the human body are altered into a more accurate portrayal of anthromorph’s identity.  For anthromorph, we have ultimate freedom to define ourselves and build our own human shape, creating a world of hybridity through art. Their story is enlightening, transcending us to an eclipse of anatomical perception. 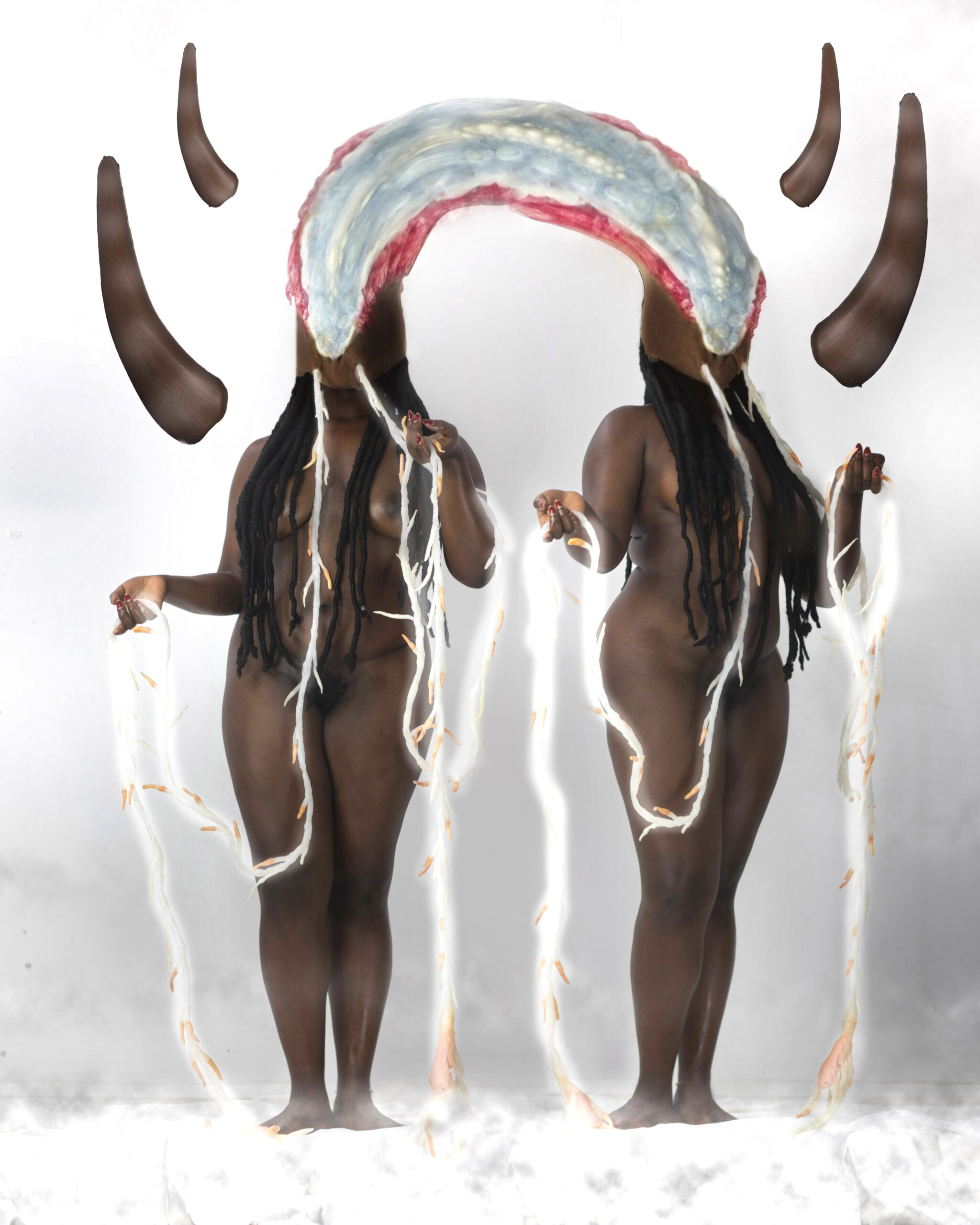 In building their work, and creating an odyssey of photographic freedom, anthromorph’s artistry stemmed from a “need to escape the body”. Lying within spaces of judgement, anthromorph’s gender dysphoria triggered a dissociative state of being, bringing with it an avalanche of questions in creating a reconnection to the physical form. A digital voyage began. “My humanness was being rejected,” anthromorph tells us, as the toll of societal norms plagued the exterior body. What came with these feelings was a need for change, one which formulated itself through the creative body of work we now see from the artist.

Within the digital world, a freedom to experiment with the human form developed. From moulding ‘human’ characteristics with the ones anthromorph most identified with came the utopian pluralism that is the artist’s work today. Igniting this transition, “the body stopped communicating ‘human’ so it was allowed to behave instinctively,” they tell us. “Having no vision helps you to not feel perceived,” leading to the path of trans-human performativity. Now, using silicone props which they treat as exoskeletons, there’s an ongoing grounding experience which fluctuates through each piece, a grounding anthromorph describes as a ‘performance’. Characterised by its “extremely healing process… it’s a breath of fresh air to be able to exist outside the box” and having the tools to do so. It is this shift in existence that has led to celestial boundlessness feeding the anthromorph universe.

“We have been chimaeras ever since we started using technology. Everything you use as a tool becomes an extension of you. Nothing is normal, there is no dogma and no certain way something must be done, we can evolve into anything we want.”

For anthromorph, the technological world is as important as the physical one. “Social media has become a very strong, new dimension of the human social body,” one which leads to experimentation and adaptability beyond what our human exterior can physically accumulate. Because of this, anthromorph encourages exploration: “Digital online work is also much easier to self-distribute when a lot of people can’t understand why what you do is important.” Social preferences for the binary over intersectionality, particularly when it comes to the posthuman experience, are unproductive ones which anthromorph seeks to dismantle within their work. “It’s really dangerous to view the mechanical/digital world as a separate entity than the natural world.” When asked to clarify, they confirm: “Seeing it as separate makes people think an industrial world is something that can be sustained on its own, which is extremely destructive. I think all technology should be seen as an extension of nature, and it should be designed as nature.” As anthromorph explains, we build the world around us from the elements we were provided with—why should its developmental stages categorise its place?

When freedom is the foundation for an authentic experience, exploring the eternal dimensions of our digital age is the anthromorph mantra; a celestial realm of consciousness is the result. 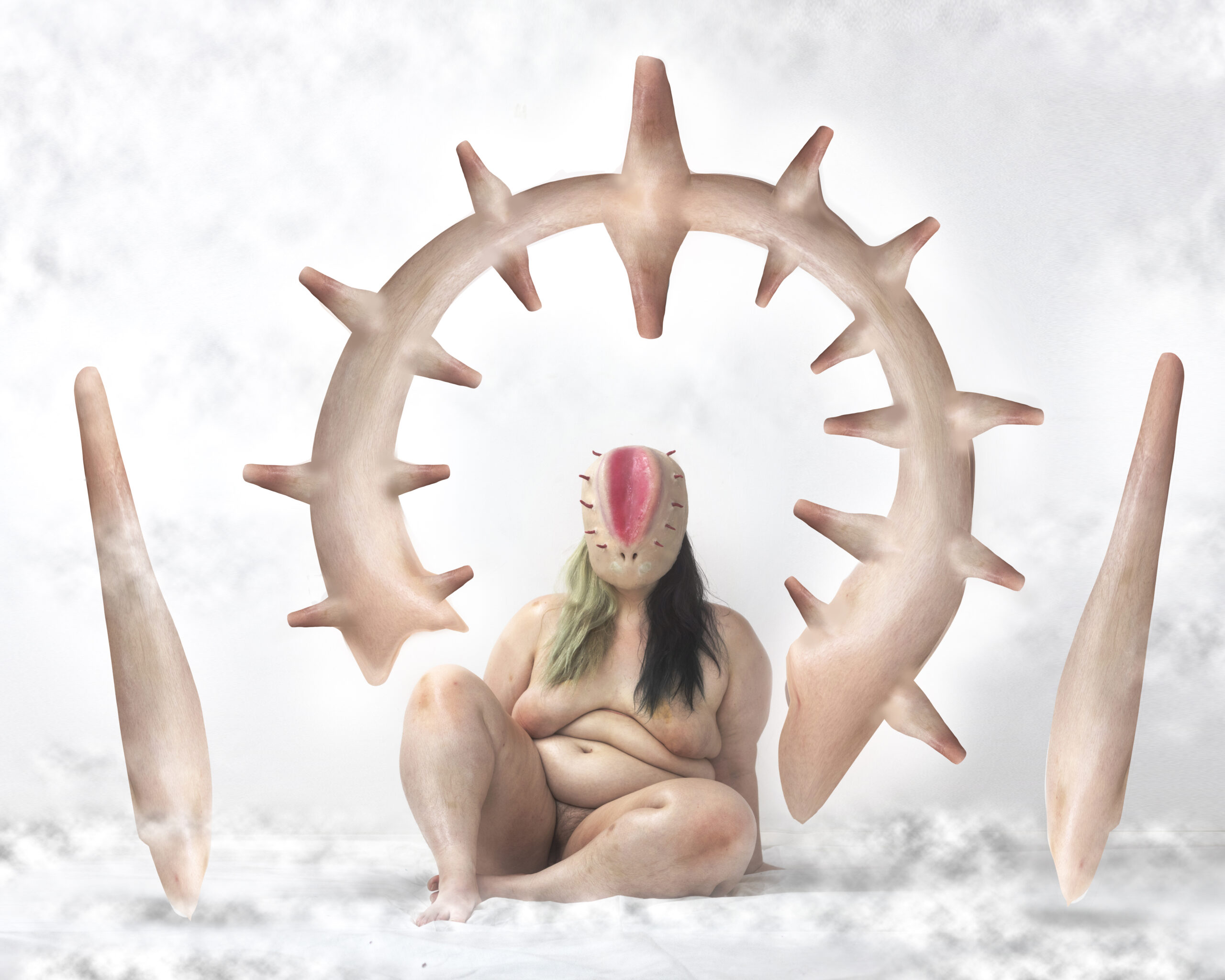