Rick Owens and his disciples 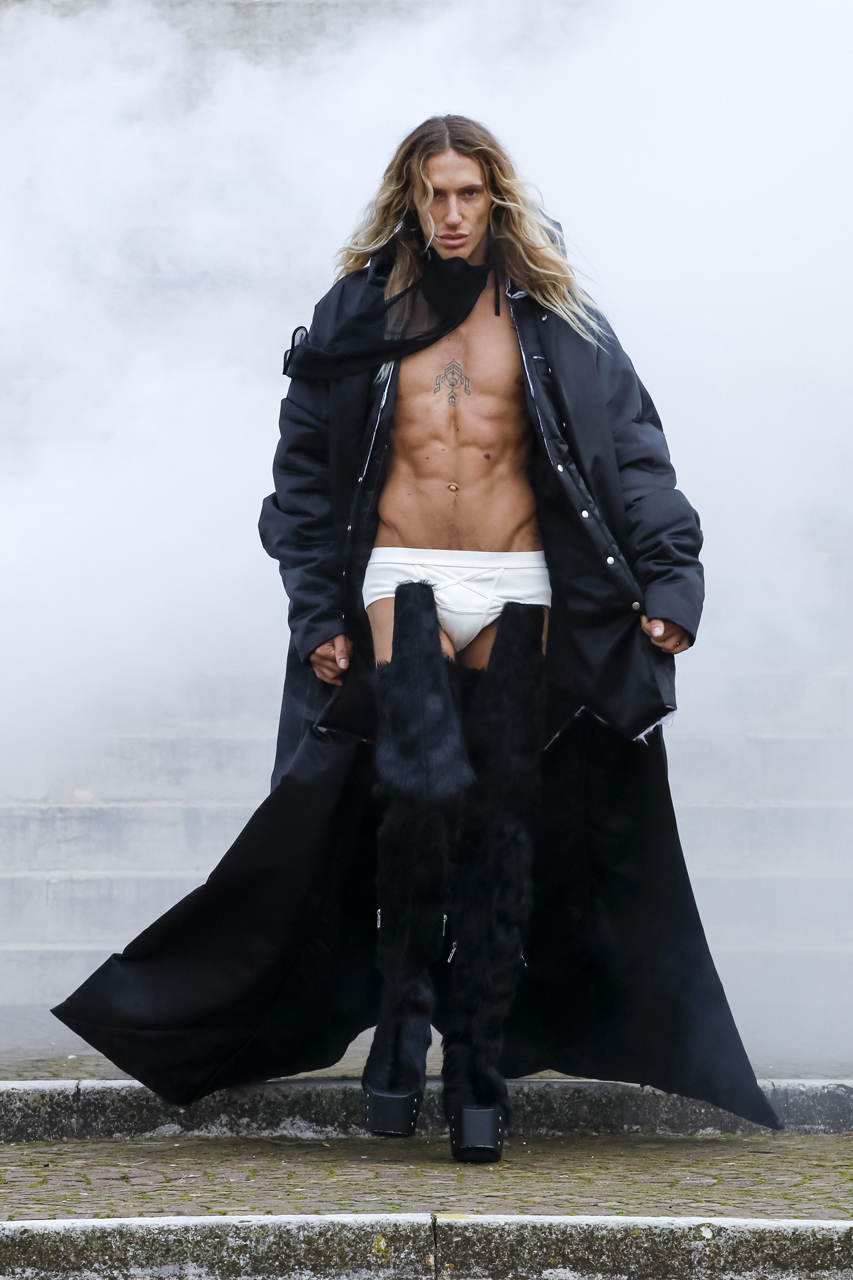 On a bleak day in January, there’s nothing like a troop of goths and a smoke machine to get your kicks in. Yesterday Venice got taken over by Rick Owens and his disciples as they took to the house of God to present his latest collection. Fall/Winter never felt so sexy – or devout- as a striking show was set in motion with some familiar faces walking the cobblestones. If it all sounds a bit dystopian, that’s because it is, but not on the scene Rick Owens has made his home. The title of the show, GETHSEMANE,  begins to explain it all… a reference to “the garden Jesus prayed in the night before his crucifixion”, a sentiment Owens wished to reflect in his design as we find ourselves in tense times with the hopes of a reckoning. With what has felt like the longest January ever, acknowledging the tumultuously and invoking creativity is the inspiration we all needed, and something Owen’s should be heavily praised for in accomplishing.

Layers upon layers hug, drape and enhance as we see puffers, raincoats and oversized knits appearing down the reverent steps. With that Rick Owens grandiosity, worship to his design is ignited with the same fervour he presents towards his concepts. The collection is oversized and exaggerated with minimalist qualities becoming statements of their own (aka a tighty whitey we just can’t take our eyes off). Some of our favourite pieces include the zip-up (gloves included) leather bomber with a built-in “don’t fucking touch me” attitude perfect for the reign of Miss Rona.  A deconstructed cropped boxy puffer and an iconic replay of the blazer with shoulder pads ensuring that 1.5m distance. Overall, however, its the incorporation of texture which stands out, from fur boots to leather vest there is a statement in every piece and its a design feature we have come to know and love Rick for. 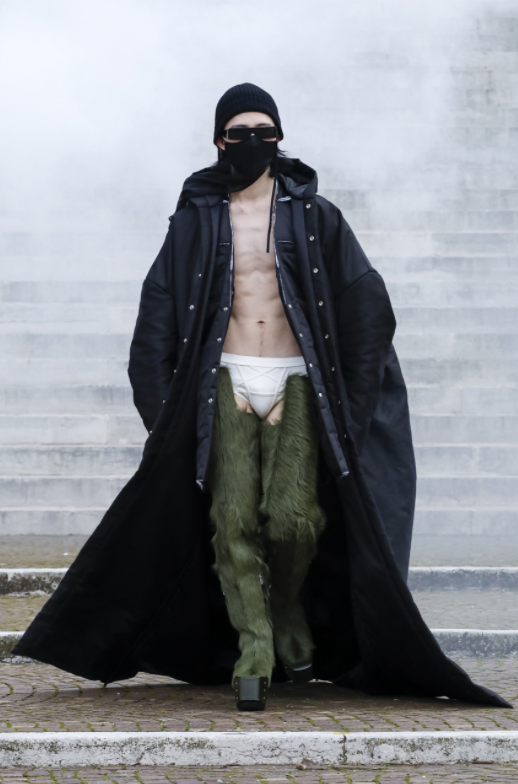 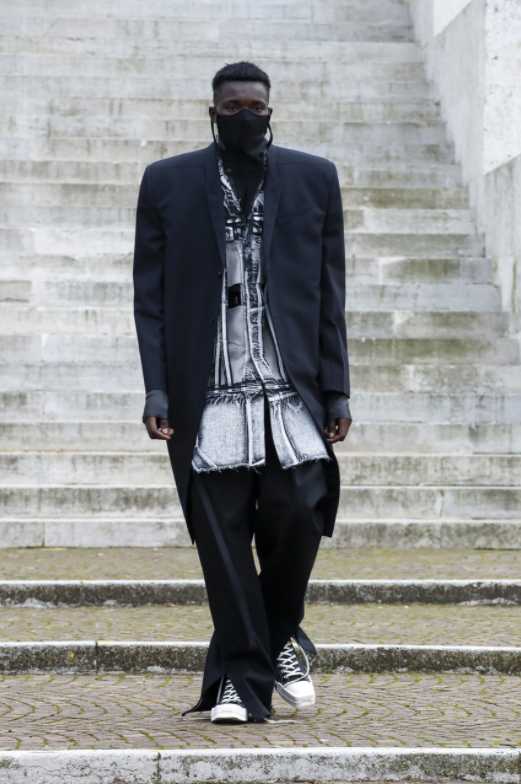 The show follows the much-talked-about recent release of his converse redesign, so it was no shock they made a huge appearance during the show. Taking the basic shoe and creating its dark counterpart, the square toe is reminiscent of a coffin with its elevated structure looking down on your bog-standard chuck. Controversy on the sneaker scene had nothing on the impression this shoe has created, a parody of the classic boosted into the high fashion realm. Sitting serenely alongside his seminal boot, these shows have something to say and are Owens’ answer to practical-wear.

Success after success, we’re starting to believe Rick Owens will never slow down, and as we prepare for the intake of the rest of fashion week, we know one thing for sure – when you have that Owens energy you’re gonna get shit done!