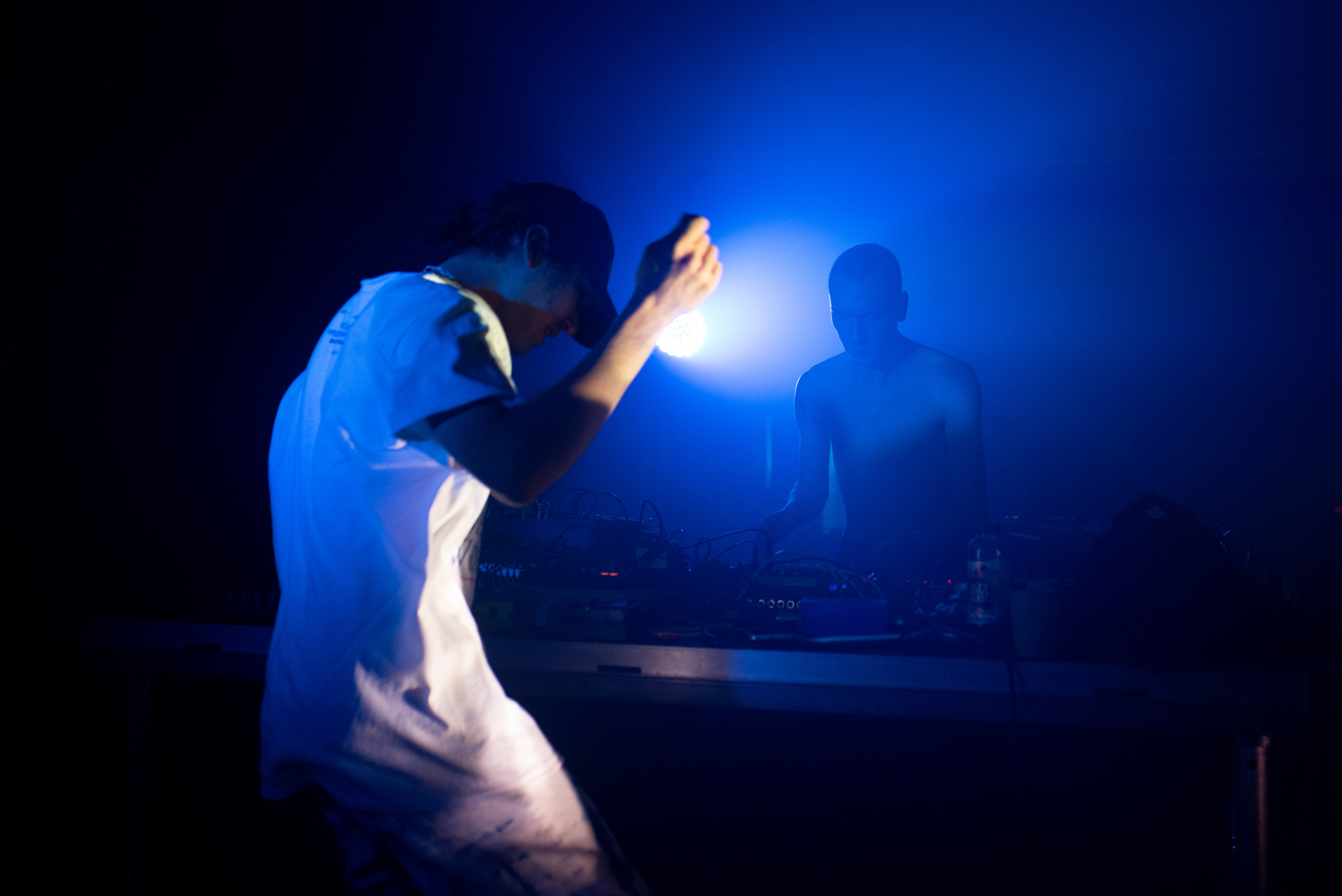 Coming Friday, Oumuamua will host The Taste Of Job Sifre, where the DJ and producer—upon invitation by Jäger Music—curates the line-up for his very own club night. The selection shows us what makes Sifre’s ears tingle, a path deeper into the subconscious clockworks of the local maestro. One of his choices is Giant Swan, the Bristol-rooted duo made up of Robin Stewart and Harry Wright. Known for their energetic performances, Giant Swan let you question any presuppositions you had about what intense music should sound like, whether you like it or not. Somebody once even said that watching the duo make music is like watching two people have sex, so brace yourself. In anticipation of the club night, Glamcult got in touch with Robin to discuss exploration beyond the limits of genres, intimacy with a crowd, and the future of dance.

How does your music reflect upon yourselves personally? What does it say about you?
It speaks of our relationship in a lot of ways—the way we perform our music began as a dialogue between Harry and I experimenting with our pedals, and it just grew from there. It probably reflects our tastes as they develop as well, I’m not sure what they “say” about us necessarily. There’s a degree to which I think people often read into a lot of what we do, that there is an aggression that is inherent to our process and our music in some way. We’re both pretty relaxed people, the cathartic aspects of the music hopefully engender a sense of dynamics and versatility? Sounds like something to bear in mind when attempting yoga.

What are your favorite (unexpected) genres to listen to? Are they noticeable in what you produce?

Ha! Such a loaded question. It’s pretty well known that Harry’s and my tastes go beyond the type of music we make. I think within the fairly narrow minded techno industry, alignment with pop sensibilities, or music that sits more on the public facing side of the fence—radio and the like—creates a reactionary and divisive tension, which is unfortunate whilst also pretty funny. Like swathes of folk getting upset because all of a sudden trance is popular. [Laughs] In this vein, I’m really into dub music and Harry is really into vocal-led pop bangers. I think both of these elements crop up in our music all the time.

But for sure post punk and noise appear to be two major influences throughout your work. Could you elaborate on the relationship these two genres have for you? Are they in opposition, or do they rather compliment each other?

I think they compliment each other. Noise is just a sound really, the genrefication of it doesn’t lead anywhere in my opinion. It takes on more of a feeling, like “nails on a chalk-board”, as people say; to evoke the sensation of your spine tingling. I feel noise is in the same bracket as that lyrical sensation that only really attempts to be emblematic of a feeling. We’re into post-punk a bit, I suppose. We got really into P.I.L when we were teenagers—Keith Levene and Jah Wobble both made a real impression on us with their approach to their instruments. The way they used branding and the “company” line so much to irritate the sensibility of what “Punk” meant to so many people was brilliant. They shouldn’t have gotten back together.

How do elements from The Naturals, the band you are a part of, interact with Giant Swan and vice versa?
The first instance of playing as Giant Swan, we were just using our wits from playing guitar together in The Naturals. There was a time, when I think the pursuit of a sound allowed for a cross-over between the two projects; using pedals and guitars in unorthodox ways led to our starting to make beatless music with just vocals and guitars in GS, which seemed to bleed into the way we composed with Felix & Ky in The Naturals. I’m really happy with the distinction between the two projects at present.

Apart from post punk, noise and drone sounds, are there any other genres or sounds with which you would like to experiment with in the future?
Nothing immediately springs to mind if I’m honest. Giant Swan is a project that we want to keep experimental; we’re not aiming for a particular target with our music in any sense. The live show is played with the grammar of techno and sound system music, for sure. But I don’t feel constrained by it, nor really feel the need to directly pool a different style as a resource necessarily. More vocal experimentation would be fun, ways to continually perforate the wafer of seriousness that still lurks in the club. [Chuckles] 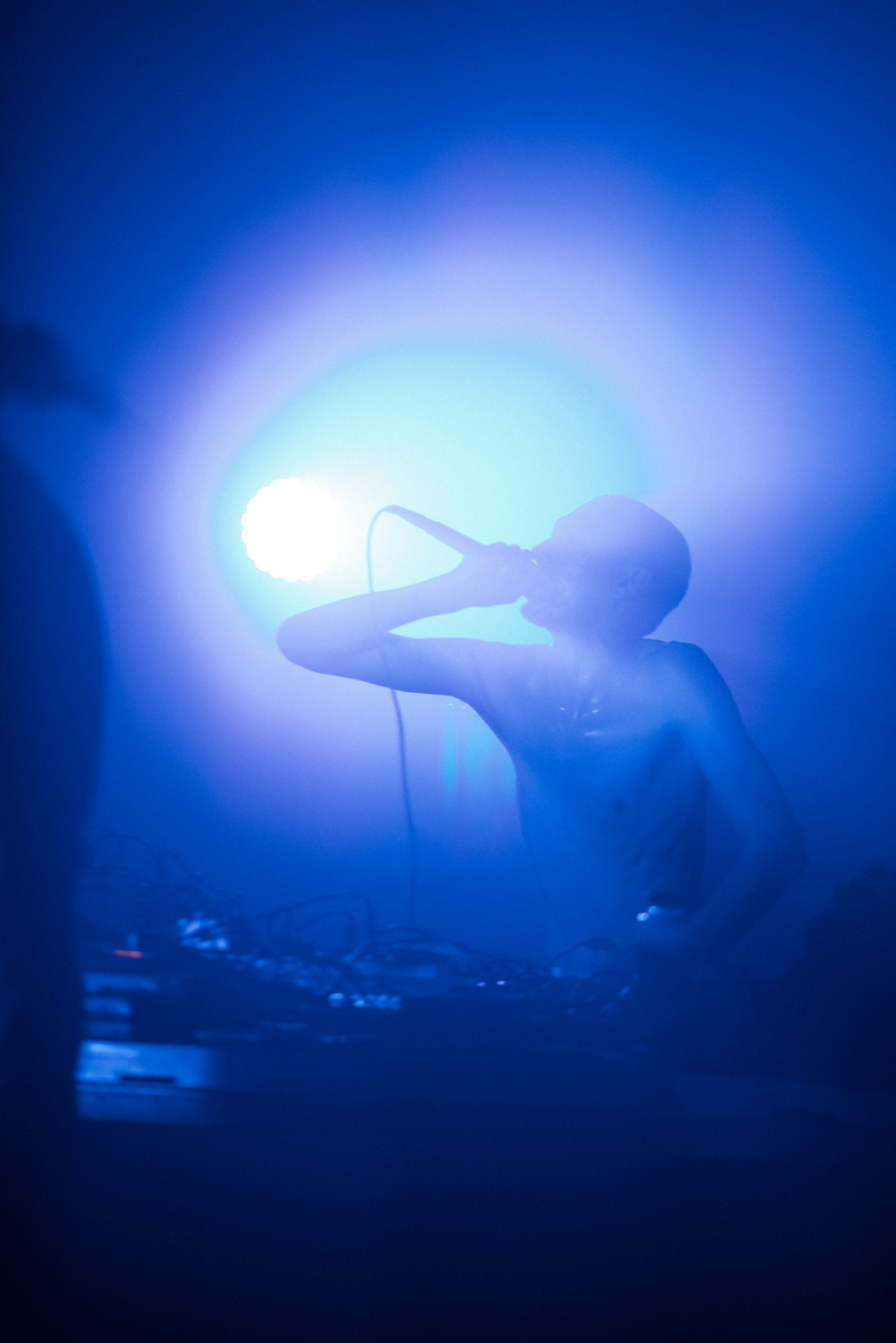 In what ways does your preparation for a show resonate with the physical space and audience of that particular event?

In terms of preparation for shows: not very many ways. If we have enough space to dance about on stage, then we’re usually good to go. Our exposure to a variety of audiences this year has been an exciting challenge; opening for The Horrors and Idles were both trials by morbidly interested fire, we definitely stepped out of our comfort zones for those ones. On the whole, we feel our performances are functional in the sense that we always seek to hand over the hierarchy between performer and audience over to the members of the crowd, who want to engage in any way they feel. Techno has an industrial complex, which is exciting to have a perspective on, but being given opportunities to play outside of that framework is something we’re grateful for, not least as it spreads the music into places it may never have previously reached.

Apart from creating an atmosphere where your public can rage on freely, what else do you hope to evoke in them?
A positive dance experience and an appreciation for sick beats, mate.

You have a dynamic relationship with your audience, one with a rich mixture of emotions. But how do they give their energy back to you guys? What do they uncover within your selves?
Damn! There are some pretty intimate relationships established in the sessions, for sure. Even just eye contact for five seconds with a member of the audience can define the night for us. The energy has reached really overwhelming levels at times this year. People definitely come to the shows expecting a particular level of intensity, and sometimes those levels do exceed everyone’s expectations. Those shows are special— when people are yaldy, we come away feeling as though we provided a stroke of luck in times of darkness.

You’ve played in rock temples before, like you did with IDLES, so what other unusual or unexpected spaces would you love to play?
Goodison Park.

How would you see the future of the dance scene, regarding defying genre-bound limits?
To be honest, I think we’ve always got this balance of defying genre specifics and defining them by defying something. This year saw the birth of “business techno” and “concept-tronica” alongside an equally fractious political climate and an exponentially growing social forum within the culture. These things all reflect each other, and I feel that the future of the scene is going to fork into as many factions as it needs to in order to stretch the way it needs to. Personally, this year has been amazing for music, both in and out of the club, but certainly from my perspective, the virtues of community, perseverance in the face of adversity and a patient ability to listen and discuss has sat comfortably alongside music. Long may it continue. 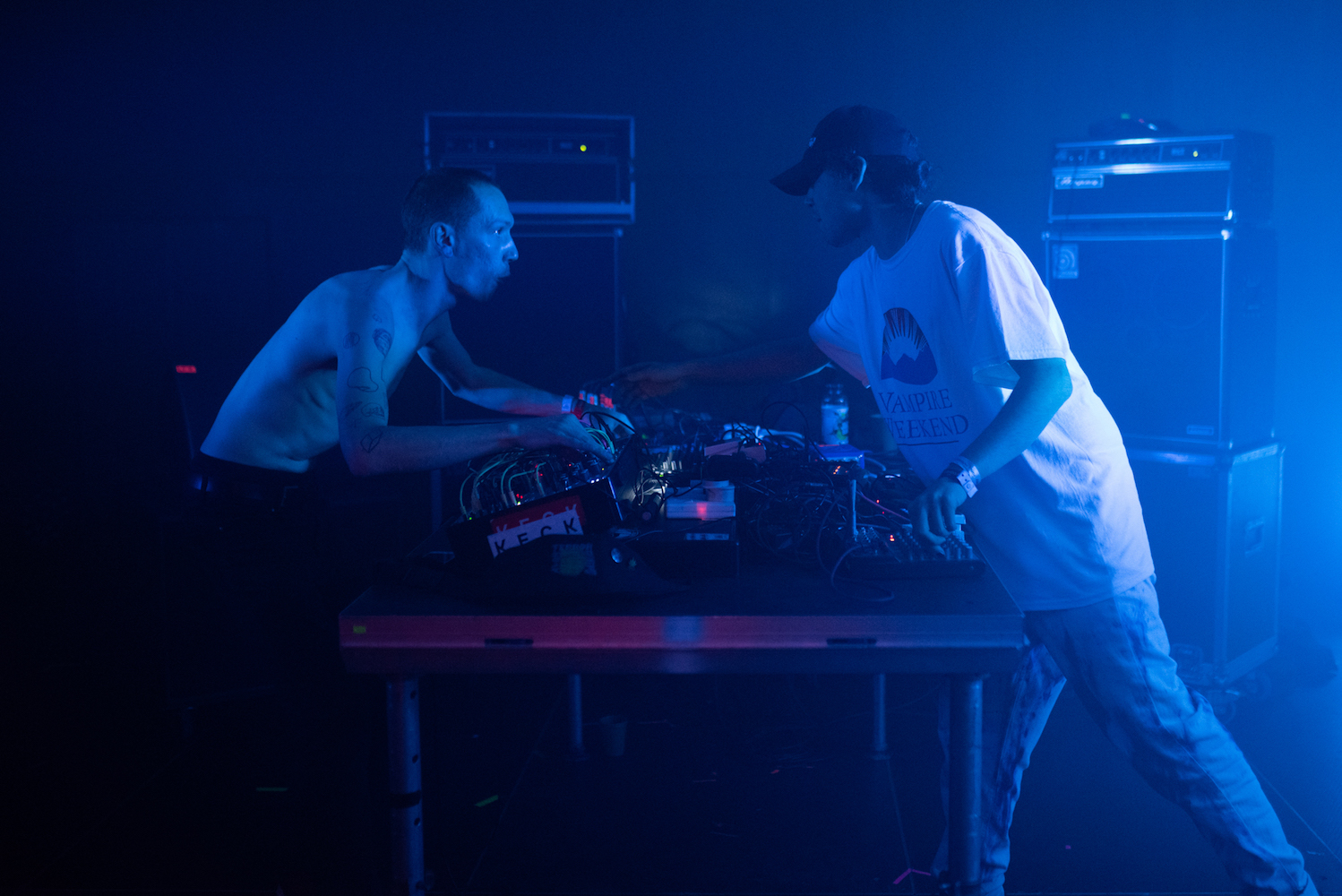 The Taste Of Job Sifre