“It’s the bowling chavs for me” 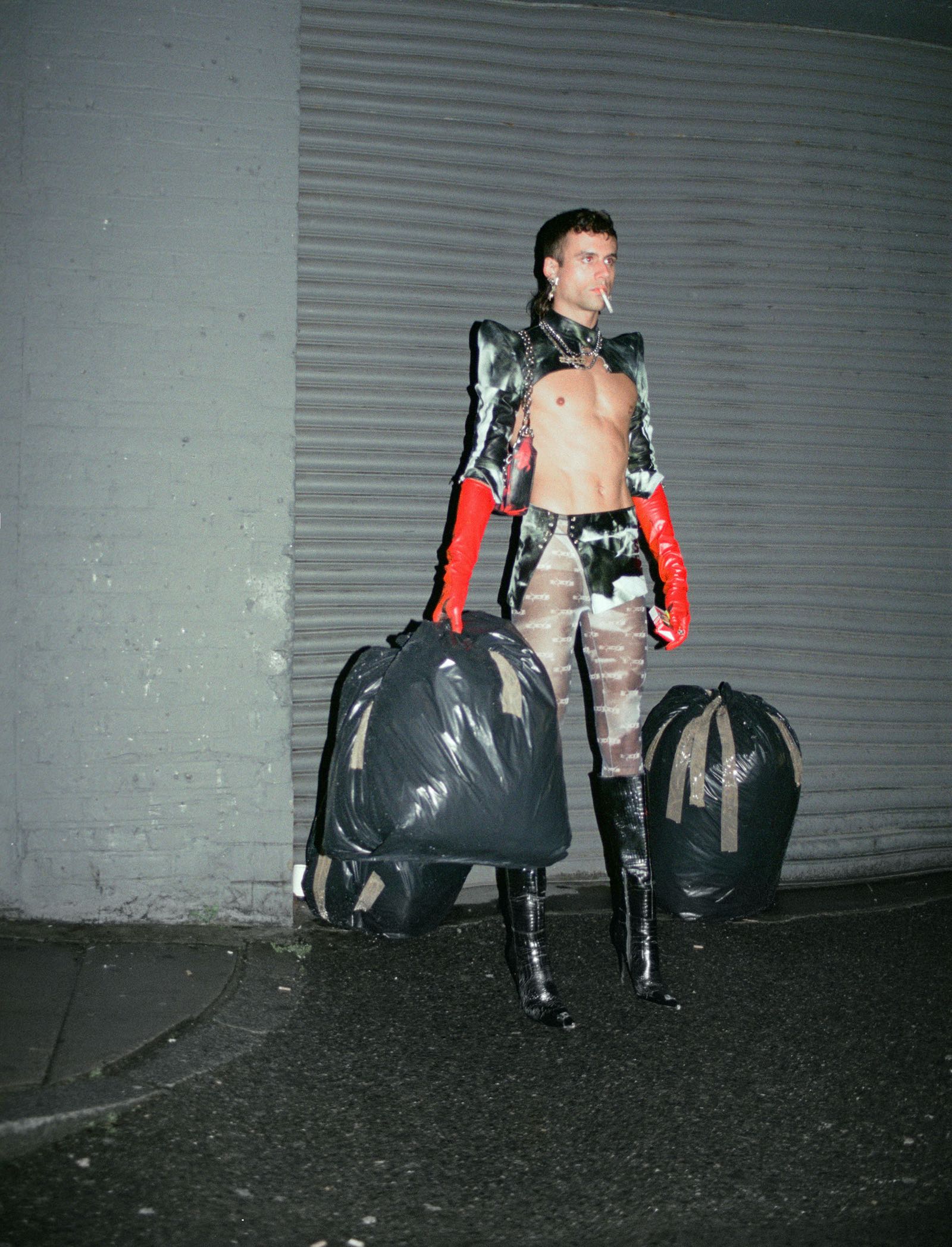 The hedonistic flame of fashion ascends. Designer, Luis de Javier and creative director Betsy Johnson are straight out of our early 2000’s fan-fiction fantasy. A fiery pit we would happily jump into— their design, vision and materialisation feed the yearning stomach of raw originality. Hypnotised by the work, wisdom and words exchanged— a glimpse into their colloquial conversation was an enlightening joy to behold.

L: So this is the first time I’ve done womenswear in my life. The collection is empowered by my morals— the way I am and the way I go through life. Like through my eyes, but then whoever is wearing the pieces can do whatever they want with it. Ultimately, It’s about empowering Queer people.

B: Yeah I agree, the collection is inherently Queer, but its not about tying to be Queer or empowering Queer people. It just is…

L: I had in my mind the empowering women around me; you, all of my friends and my mother. Even though my mother might not be into it… Haha. I mean, I’d love having her titties out in my clothes!

B: You want your girls to look fucking good. And you did that. The girls look GOOD.

L: It’s crossed over into appreciation, recognising women’s role in supporting the Queer world. The straighties, trapped!
Overall though, the inspiration behind the collection was basically the chavs in early 2000s Spain. My (kind of) favourite movie is Yo Soy la Juani. It’s basically pimped-up cars, fast and furious— but the low-budget edition.

L: It’s got the woman in chunky golden earrings, gelled hair,and the tightest jeans with mini-skirts on top, you know. That vibe.

L: So when I thought about women, what attracted me was these chavs that I used to see bowling

B: Hahaha. It’s kind of a massive womens moment. A massive appreciation, a homage. Something that was chavvy can now be elevated to this space.

L: I also wanted to create a challenge for myself. Developing something others may say “what the fuck was he thinking” about blah blah blah.

B: It’s nice to take something that’s so inherently working- class, and a world that’s so associated with being broke, being poor, and just throwing it all together yourself. It’s interesting to merge those two worlds together in a way that is unrecognisable because it’s so new. Like the… rise. The shapes, the cuts, all of it. And then restructuring it in a way that’s couture, darling.

B: It’s literally like when I used to wear a mini-skirt and my mum used to be like “that’s not a skirt, it’s a belt” and I hear my mum say that in my head every single time I try on one of your skirts

L: We make belts for a living 😉

B: I photoshop shoulder-pads for a living…we established that today.

B: The inspiration not only references the past, but also the future. (Which is telling!) And lots of subcultural references run through the collection as well as the campaign. What drew you here?

L: It’s creating a link between my past life in Spain and my life here now.

B: Merging the matrix. That’s what makes it so original, is that it’s so based on personal experiences.

L: Exactly. The last collection only got the flamboyant parts of Spanish culture… the Matador and the Pasodoble. This collection was like fuck that, let’s not try to be that bitch and let’s just be who we are. Chavs playing bowling.

L: Yeah, I think we made a staple of the horns.

B: The horns are not leaving.

B: Hahahah I hope they don’t include all this shit. It’s been a long day guys…

L: One of the only reasons we do this is to make a show and to create THAT moment of ecstasy. But now, with the lockdown, we’ve kind of realised that that magic we thought only a show could give us, we’re able to get in your apartment for two weeks.

B: hahaha. We’ve done this whole campaign fitting and everything in my apartment. I think it’s three weeks now. God.

B: These days, anything that doesn’t tell a story is such stockpile, getty-image-filled bullshit. From garments, to films, to images, to campaigns, to social media content. So filled with utter shite. You know what I mean… For me, you have to be saying something. You are always saying so much. Creating momentous moments, and telling a story whether that’s through social media, or the show. I love the fashion show.

B: People who are saying the fashion show needs to die are fucking stupid.

B: Fashion shows that are like 25 skinny models walking to a track, wearing bogstandard clothes, yeah that needs to die.

L: It’s about making people feel a type of way. No matter if they hate it or love it.

L: I think it just happens. You don’t really have to force anything in life, it’s whatever magically happens. After the second collection, we were destined to be together.

B: But magic happens.

L: Better than we could ever imagine.

B: I was looking up the pictures of the collection sketches. It was strange because as much as things change, the line-up was almost the same. The core story is the same, even with all the changes. We had to REALLY roll with the punches for this collection.

L: You know what I mean? I mean we tried, we fought, we overcame the virus, I guess. 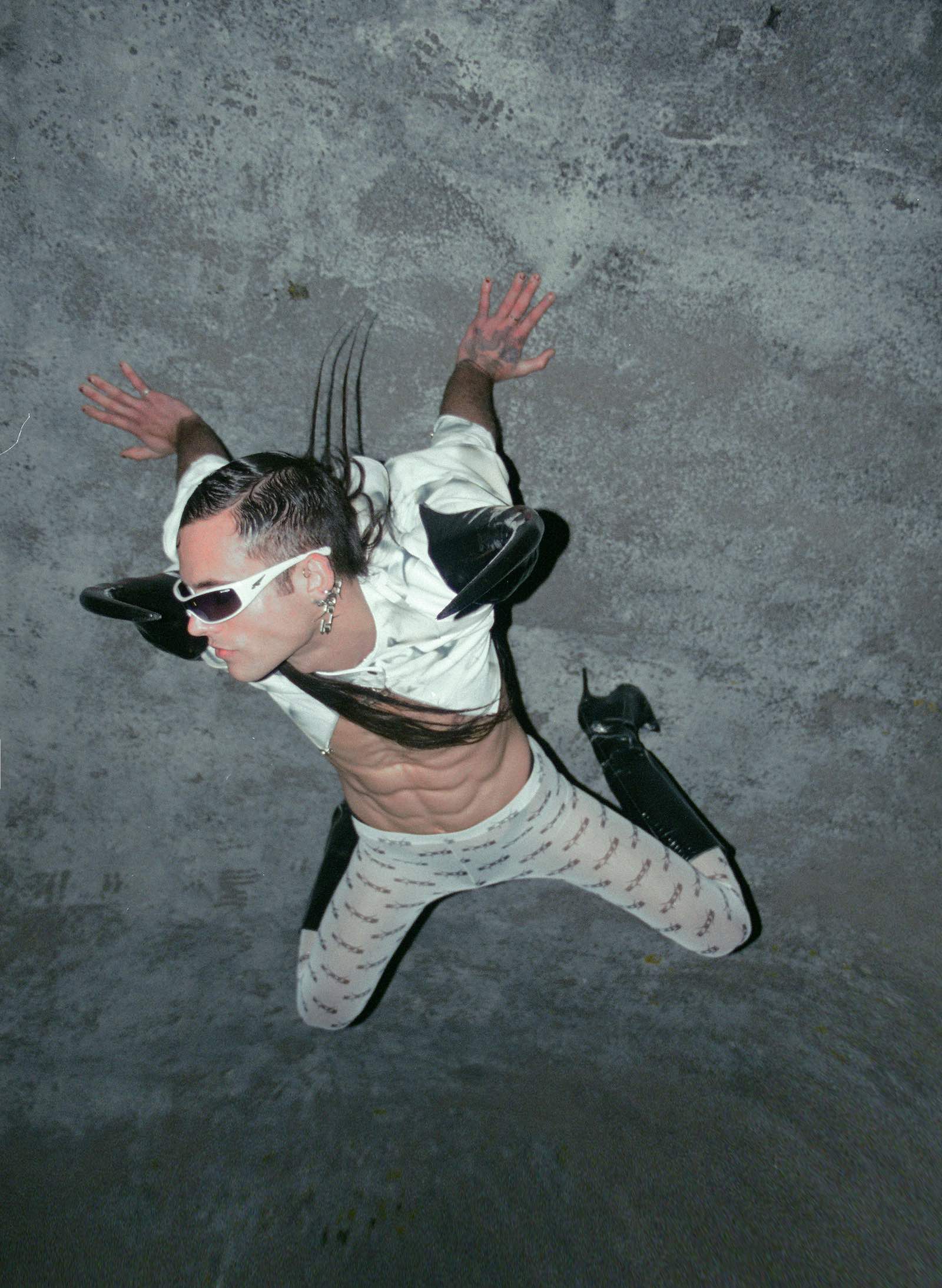 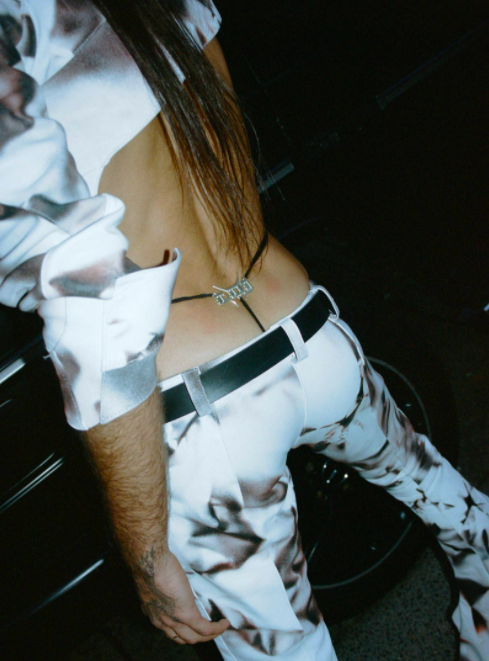 L: Getting investment and sponsorship was a big fat, fucking no. Even with the world falling into pieces, we had to make something because I didn’t want to miss out on any opportunities. The rest was just blood, sweat, tears and a monogram!

B: Blood, sweat, tears and a monogram! It’s that!

B: We’re transitioning to a time which asks: Does fashion matter? Do clothes matter? Does art matter? Of course it does, it’s a stupid question. But it’s like our brains have wandered there. Especially in terms of the commercial space. Absolutely everything is transitioning — how we create, how we wear clothes, where we wear clothes, how we promote clothes.

L: I feel like now it’s fair to say you and me have a completely different take than we had before.

B: Completely. We were working ourselves into the ground; sleep was not a thing before covid. Now we make space for love and caring, making sure we’re taking care of ourselves and each other. I think that’s really important. It’s about finding a way to discover your craft— whatever artistic expenditure it is that you have. It’s then about figuring out how you feel about the world.

L: What’s the Government gonna say about that?

B: Exactly. Stupid runway shows with shitty clothes are wrong to me. But when you’re putting out work which really says something and really pushes people to think — yeah it holds space.

L: We said we were gonna take this time to grow as much as possible— professionally and personally. Ready for when the world kickstarts again. We took a step back, there was a moment of like ‘fuck fashion… Ah, wait actually I live for fashion’.

L: Omg I can’t wait to release this!

B: It’s about intentional messaging, sustainability, community, story telling, there are so many elements. We don’t consciously think about it, it just flows through the process. Through every decision.

B: It’s gonna be fucking major!

B: When thinking about changing the future, I wanna see bullshit collections which don’t need to exist, not existing.

L: Yeah but at the same time that collection might really mean something to someone. Do you know what I mean?

B: Yeah but do we really need brands to produce 120 looks of like, what the fuck? And just have girls walking down a runway to whatever. Can we at least have some sort of story? Like I appreciate Virgil Abloh, not from a design perspective, but from a creative one. All his shows really invest in storyline and telling a story that matters. I can deal with the clothes, I just need more stories that matter.

L: People are so used to staring at a blank screen, they don’t really wanna see anything else. That’s why they’re appalled when they see something that’s not blank. You know like a sachet soup.

B: Do we have any closing comments?

B: hahaha ok that was a fail, thanks! Hope you enjoyed those three pages of lol. 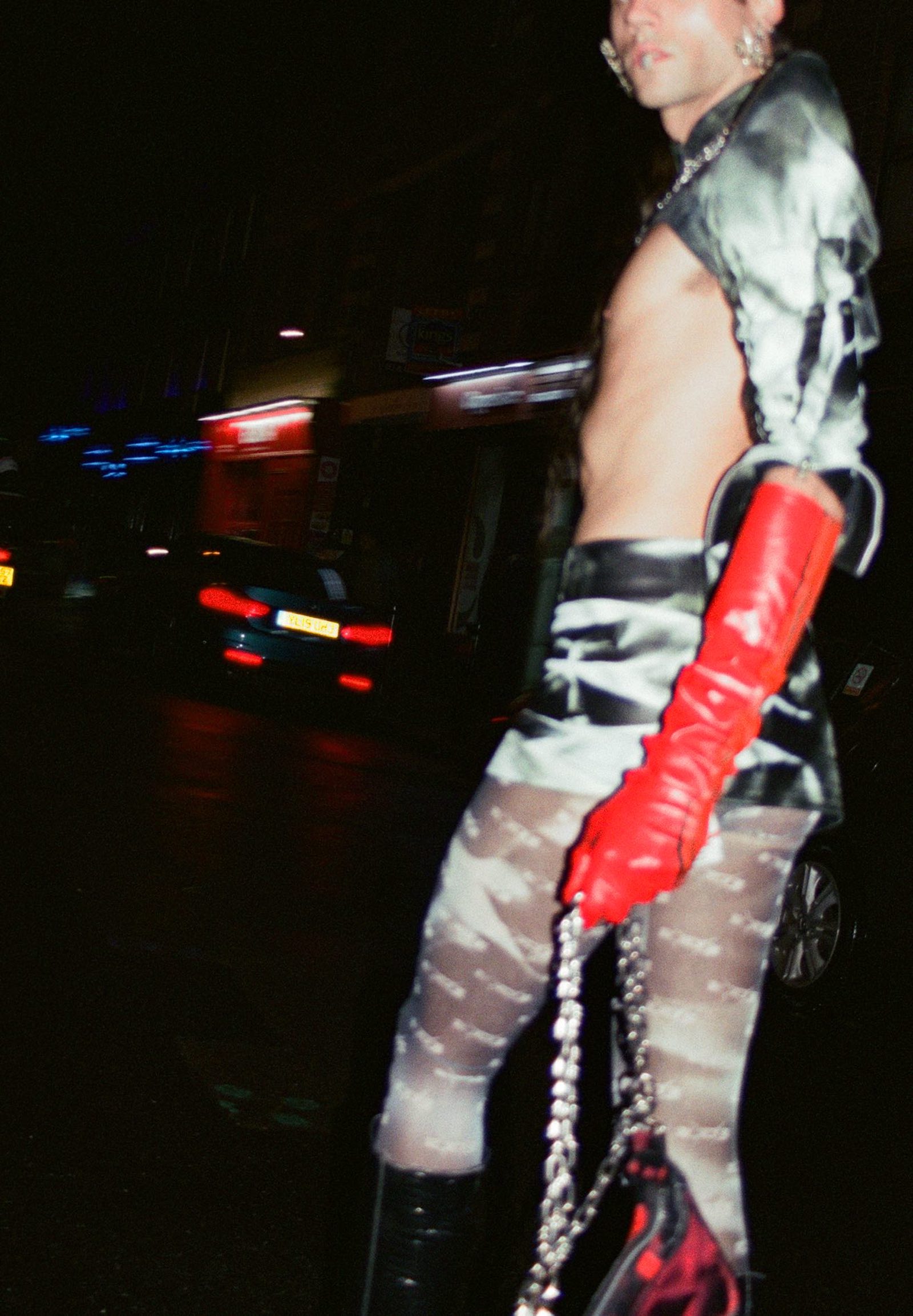