In conversation with Able Noise

Live at REWIRE (Ghosts and all) Creative duo: George and Alex, are the baritone player and drummer reinvigorating minimalist sound. Taking it back, the two are classically focused without the pompous. Yielding together voice, field recording and (sometimes unidentifiable) sounds, their latest body of work, ‘Recordings’ led to our fascination with the two. Having watched their online performance back in May, we can’t wait to see the ways in which Able Noise will engage with the physical space.

Thank you so much for talking with me today! Your artistry is inspiring – where did your journeys begin?

We both studied at the art school in The Hague, though in different departments (Alex studied sculpture and George studied photography). Each of our interests in music and our desire to play was evident from early on – though it did take us quite some time to pluck up the courage to ask the other if they wanted to try and make music together. Besides the music we were listening to, and concerts we visited, our music-making was steadily influenced by practices we experienced while studying art – such as the dynamics of performance and the narrative capabilities of images.

It’s interesting you say this, as often the natural physicality of music is taken for granted.  And since this somewhat timid start… what lessons have you learned on the way?

That you can’t just throw bits of music to an audience, you often need to build a dynamic between yourself and them through the way you address them, the way you position yourself in front of them, the volume you play at, and naturally in which order you choose to share melodies and ideas.

And what role does the contextual discourse of a performance play within this model?

You can’t try and pretend the act that played before you never did. You need to work with the mood they set or destroyed. This is where improvisation, primarily of setlists, has been crucial for us.

Describing yourselves as an “experimental duo”, how would you describe your process? There’s a divine sense of intention within your work despite the spontaneity of experimentation.

‘Experimental’ serves as somewhat of a disclaimer to unsuspecting audiences of the fact we refrain from employing rock structures and that the drums often don’t play a straightforward beat. Just a ‘heads up’ almost. The way we typically go about writing is by constantly adding tiny scraps of ideas to ‘the draw’, those being a rhythm or melody, a few words of lyrics, a concept of a narrative, a visual image of action on stage etc. This is also a good way to go about the fact we often spend time apart, so we archive ideas and send them back and forth to each other until we meet up. Once together we slowly start elaborating on one or several of the ideas, which once starts taking shape, is filled in here and there with other scraps from the draw. It results in a collage, as ‘these’ lyrics enhance ‘this’ melody while people focus on ‘that’ image of George playing her guitar ‘this’ way. A lot of it happens in a living room with unplugged guitars and notebooks, and then is finally put to the test in the rehearsal room, jammed out until it makes sense. But it often takes a few concerts before we can confidently state a piece works or not.

“Recordings” intersects the traditionalism of folk alongside the excitement of more jazz motifs – what was your intention in creating this work?

Our tape was created from the desire to put out recorded music that was directly related to our sound and attitude, without giving away too much of our live sets; which often greatly depend on anticipation and suspense. It was also a chance to experiment with a more diverse pallet of sounds instead of the very minimal set-up we employ live. A big part of it was influenced by the possibilities of editing; the fact you could put the acoustics of a huge room right next to quiet, evening bedroom guitar strumming – it’s something somewhat impossible live. It was also greatly shaped by the idea it was going to be on tape, referencing a medium we often perform with.

How would you describe your sound in relation to musical inspirations?

We’ll use one example:  the album ‘Flaming Tunes’ by Gareth Williams and Mary Currie is riddled with the sound of two people desperately – but joyfully – trying to make an album. You can hear they are not experts of their instruments, with very little equipment at their disposal, that their recordings got cut in half due to errands needing to be completed – even that there was a carpet in the room they were recording the piano in. It is the perfect example of context being sonically apparent in the recording, as you can sense the rooms they were in as much as their excitement over a melody they just discovered. This is a type of intention we are drawn to and hope to convey in our own work.

You are soon to be performing at REWIRE (OFFLINE)! How exciting. What can we expect from you?

Our stripped set up of guitar, drums, voices, and tapes – this time round with an extra heavy use of tape manipulation. We often play with ghosts of ourselves sounding from the tape player, and for this concert, they will take center stage for quite some of it. 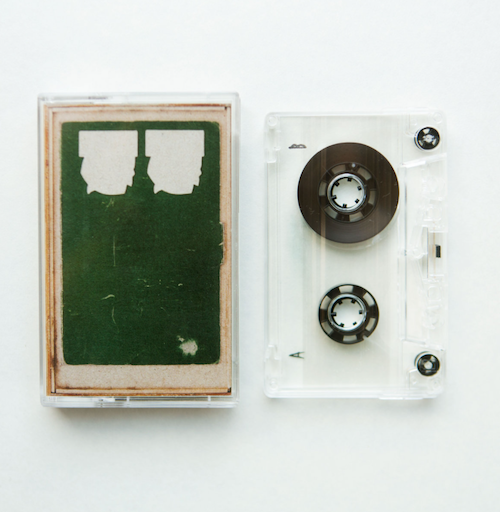 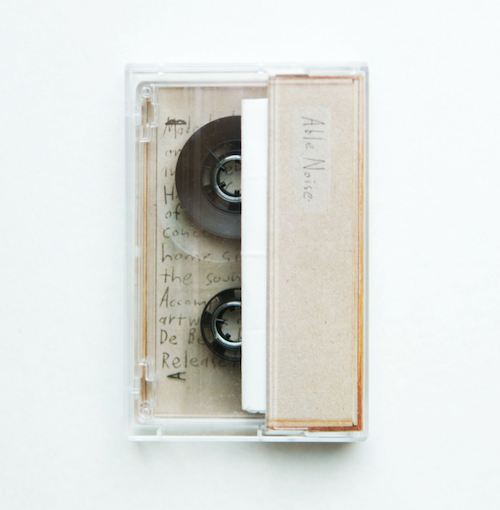 What is the feeling you hope the audience to leave with?

That they feel like a part of the experience – that their presence shaped our playing as much as the acoustics of the room. That the overall experience was a culmination of all details – both sonic and visual – and that fragments of the music will remain with them for some time.

Finally, the future is finally looking brighter! What are you currently manifesting for?

What we are most excited about is performing again, though it’s still is quite unclear what might be possible and when. We are currently planning a tour in November with our friends Tara Clerkin Trio in Europe, and a tour of some of the UK which will serve as somewhat of a greatly delayed-release event of our tape. Besides that, we are very slowly working towards our next release, though we feel we still have way too much energy bottled up for concerts after a year and a half to be able to sit down and focus on it calmly. Hopefully, a tour will resolve that. 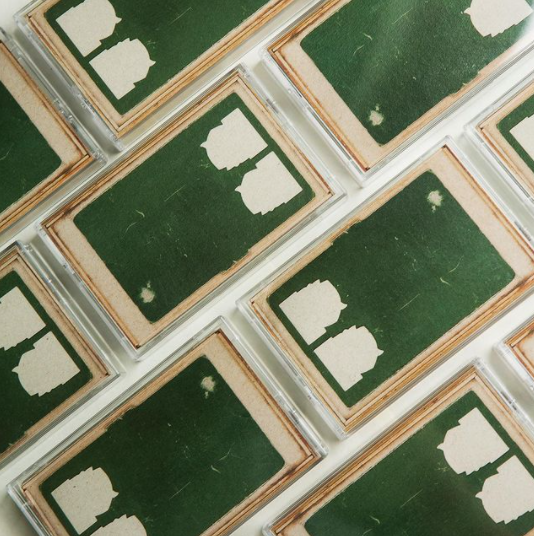