In conversation with Benjamin Abel & The Unrequired Love

After last May’s REWIRE (ONLINE), we were waiting, hoping and finally rejoicing at the prospect of a round #2, this time activating the in-person experience. The date is near, as REWIRE (OFFLINE) …. yep, offline begins this Friday the 10th and will continue on till the 18th in The Hague. Kicking off the party, we interviewed some of our favourite upcoming acts, including the experimental twosome – Benjamin Abel & The Unrequired Love. The uncensored artists hail everything esoteric, from their views on love to the act of ritual. Genre-bending and musically inclusive, our eyes and ears were captured, and speaking with the pair proved only more provocative. 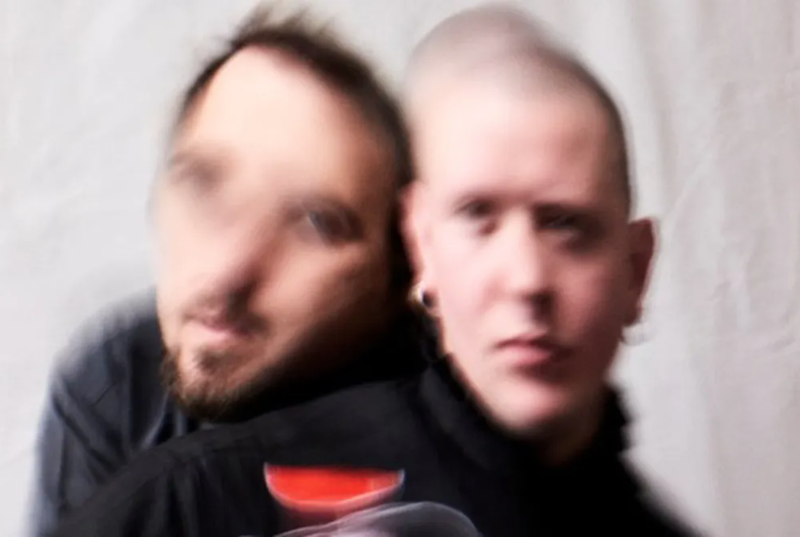 Hey guys! Thank you for speaking with me today – How are you feeling?

Living in somewhat of a transitional age, could we begin by discussing how you first came to music and the journey in which you have taken since that point?

Benjamin: I discovered in high school that I had a high voice. I never studied music and I am super happy about that. I’m not interested in the theoretical side or in reading notes and scores. I work with quite a lot of (classical) composers or musicians and we don’t speak the same (weird) music language. However, we always figure it out in the end. I think it’s about speaking the language of love.

Laurens and I  met in 2016 when I was studying performance art in Maastricht, I asked Laurens to collaborate for a performance called ‘My Inner Songs’ and we ended up making a few songs together in one week. For example one of my all-time favourites: Boy I love you so much (basically the only lyrics I use in that song (haha)). When I graduated I focussed myself more on dance and opera, mixed with electronics. For A Revue – my last opera piece at Opera Ballet Vlaanderen Laurens – we also made the music together with mixing and effects from Jasper Segers.

Laurens: I also haven’t had an education in music, sometimes this is a blessing and other times a curse. I went to art school when I was 16 and a whole new and exciting world opened to me. Friends of mine were in a band and they didn’t have a bass player, I wanted to join them so I started playing the bass, unfortunately, I was never good enough to join them. When I was 18 I bought my first synth but ‘it didn’t work’ back then, I didn’t know you needed an amplifier using it (haha) so I didn’t use it for years. Then, Benjamin Cools & I started a band together with singer Sylvie Kreusch called Soldier’s Heart, later on we invited Jasper Segers to join us and Ferre Marnef. We won a competition on national radio and the years after were pretty intense, touring, recording, studying… in 2016 the band stopped and everyone went their own way. I started making music for others and when Benjamin invited me to make music for his theatre/opera work I was super excited. Another world opened to me, a world where I also didn’t speak the language but as Benjamin says we speak the language of love or hate (depending on the day).

There is raw unique energy that resonates within your artistry, something which transcends beyond one scene, genre or category. How would you describe your artistry and what are your intentions within the act of creation?

Benjamin: It’s opera dada blues punk pop we one said… but aaah…I don’t care about genres so much. Putting something in a genre is about intellect. I don’t want to care so much in these times. Of course, it’s good to talk or explain what you do, but what I like more is fucking and mixing things up. Piss! We both work on a lot of different projects; Laurens is, besides a musician, also a curator and organiser of performative exhibitions.  I’m now mainly active as a director in opera and theater on all scales. All those elements meet in this project and music.  Also, Laurens and me have a total different approach or taste in things. It clashes really hard. But sometimes that clash is important to come to a new sound, a new sphere, a new beauty. For me it’s nice to start out from a certain atmosphere, more then from a lyrics or whatever. I like to combine things, moods and images. I want to mix theater and club circuits also with eachother, I want to mix the audiences, there are plusses and minuses in both of those circuits, they can learn from each other…habemus papam.

Dance to Free is such a liberating track with a playful sense of exploration rarely seen within the industry, what inspired this piece – musically and visually?

Laurens: It’s funny that you mention this song because I think we both have a strange relation to it. The whole song is based on a drum sample of a 90’s Schlager song (haha) and when Benjamin started singing the chorus we both had the feeling that we were in Brazil celebrating Carnaval on one of these excessively decorated cars. We embraced this atmosphere and it became one of the songs where people really and freely can dance. After this Benjamin sent an email to some of our friends and performers that he knew, with the question to make a home video while they are dancing on the song. We/He has amazingly talented friends who took the job seriously, they sent beautiful videos and then Benjamin edited it into the fun video it became.

Sex, intimacy alongside the bodies inner home seem to be motifs within your work. Why do you think you are able to draw from these themes so successfully?

Benjamin: I just loved too many people that didn’t love me back. It’s so nice to wake up in the morning all alone and not have to tell somebody you love them when you don’t love them anymore. 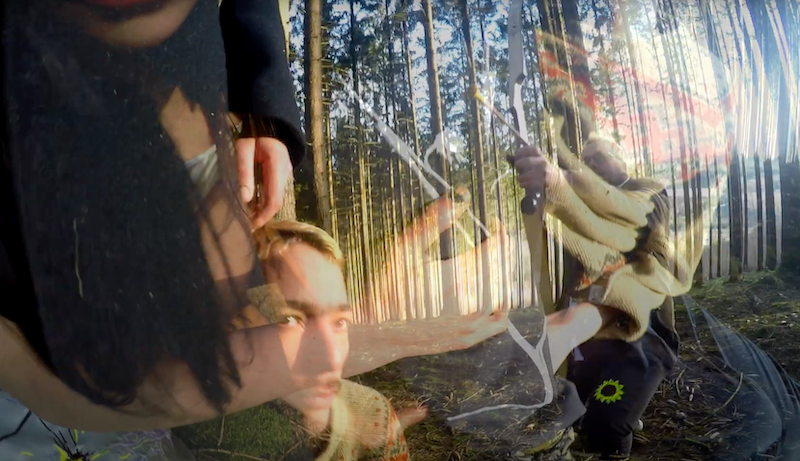 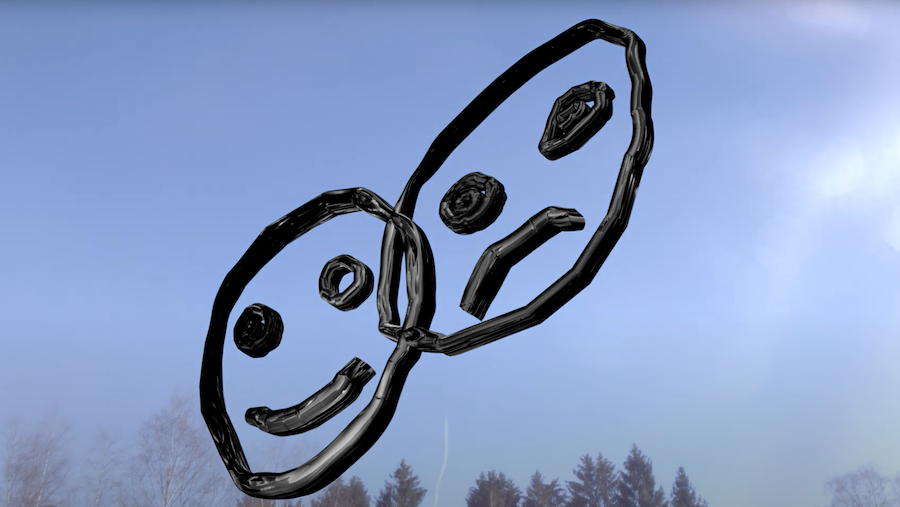 This summer you will be performing at Rewire 2021 (OFFLINE). What can we hope to see from you?

Benjamin: This album is irresistibly linked to performance. Armed with a friend and dancer Hanako Hayakawa, a strange monolith made by Elissa Lacoste, a poppy campfire and a lot of smoke we merge the theatre-and-concert hall. It is therefore with the support of both music and theatre that this project came about during the epidemic. (co-producers: Ancienne Belgique, Vooruit, Stuk, de Studio, Pilar, Muziektheater Transparant and detheatermaker) Musically, ‘SPECTACLES’ focuses on diverse atmospheres ranging from dark beats, unprecedented vocal heights, horny sax parts and strange operatic allures. SPECTACLES, both the album and the performance zoom in on the spectacles of love, the rituals of being together.

Laurens:For me our music works best live, because Benjamin is one of the best performers I have ever seen in my life. I don’t say this because we are friends but I truly think the way he feels an audience and interacts with them is unseen in these times. I think as a band we are really generous and we want people to have the best time they could possibly have, or the worst time but then it is a well-considered choice (haha) It’s a performance and not just a concert so things will happen that you didn’t expect they would. If the audience gives us some support and the Gin Tonic is good we will destroy our bodys and let them dance to free.

And with such an amazing line-up, who yourself are you looking forward to see?

Laurens: What a difficult question! Every year when I see the lineup of REWIRE I start drooling at all the names they are having and also panicking at all the names I have never heard of. For this edition, I’m very curious about Lea Bertucci, especially because it will be with a string quartet. I would also love to see Lyra Pramuk as I haven’t had the chance to see the show live yet. But also many more…

Benjamin:Lyra Pramuk. Curious about everything. 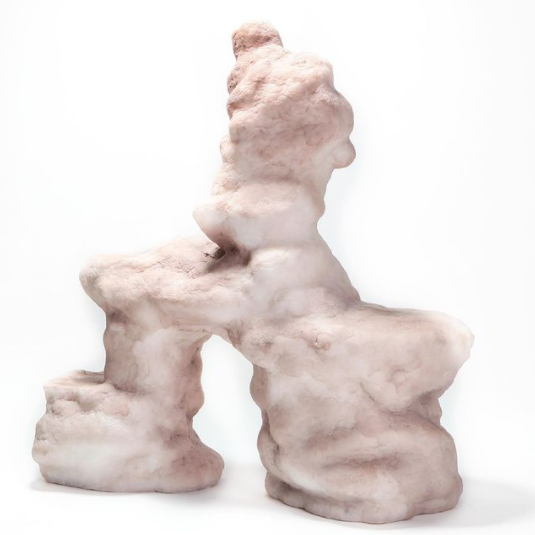 The last two years have been a trip, however, looking towards the future – what are you currently manifesting?

Benjamin: I’m very much looking forward to my new opera piece: ‘MADRIGALEN’ where I will work with an astonishing cast and crew. Very happy I can collaborate with Jesse Kanda, who’s now composing his interpretation of the famous works of Monteverdi.  As a director (and performer) I’m now finishing an ongoing performance in MoMu (fashion museum Antwerp) with composer Heleen Van Hagenborg and 3 performers. Also, actress Kim Karssen is playing a piece ‘De Grap’ we made together and my other opera-piece ‘A Revue’ will also play in Holland soon with Laurens.

Laurens: I’m very much looking forward to my new opera piece: ‘MADRIGALEN’ where I will work with an astonishing cast and crew. I have my own organisation called Nein where I host performances & festivals, from September I will start making a monthly program together with Kunsthal Gent & CAMPO focusing on emerging hybrid performances. Besides that, I’m reworking our spectacles show with a string quartet and also on a 20 min recomposing trip of o.a. Mahler & Shostakovich together with pianist Maarten Lingier and a 21 headed string ensemble both for the organization B-classic where I’m also working for. In September there is the festival performa 4, in February a series of paintings with Marlies Declerck for Mu.ZEE Oostende and Spectacles and A revue will tour as well.