In conversation with: Declined & Deceased

Declined & Deceased is a conceptual fashion brand enchanted with a playful energy, realised by an interdisciplinary triad of artists: Alejandro Villa Duran, Ariel Helyes and Kim Jakobsen To. Working with upcycled pieces and stock-images, the brand addresses the highs and lows of banking, our tendency to fetishize credit cards and cyclicity in creative production. Their first collection consists of 6 unique handbags to be released in late April (on eBay). We talked with Kim, to further explore and ponder the philosophy and inspiration behind the collaborative collection. 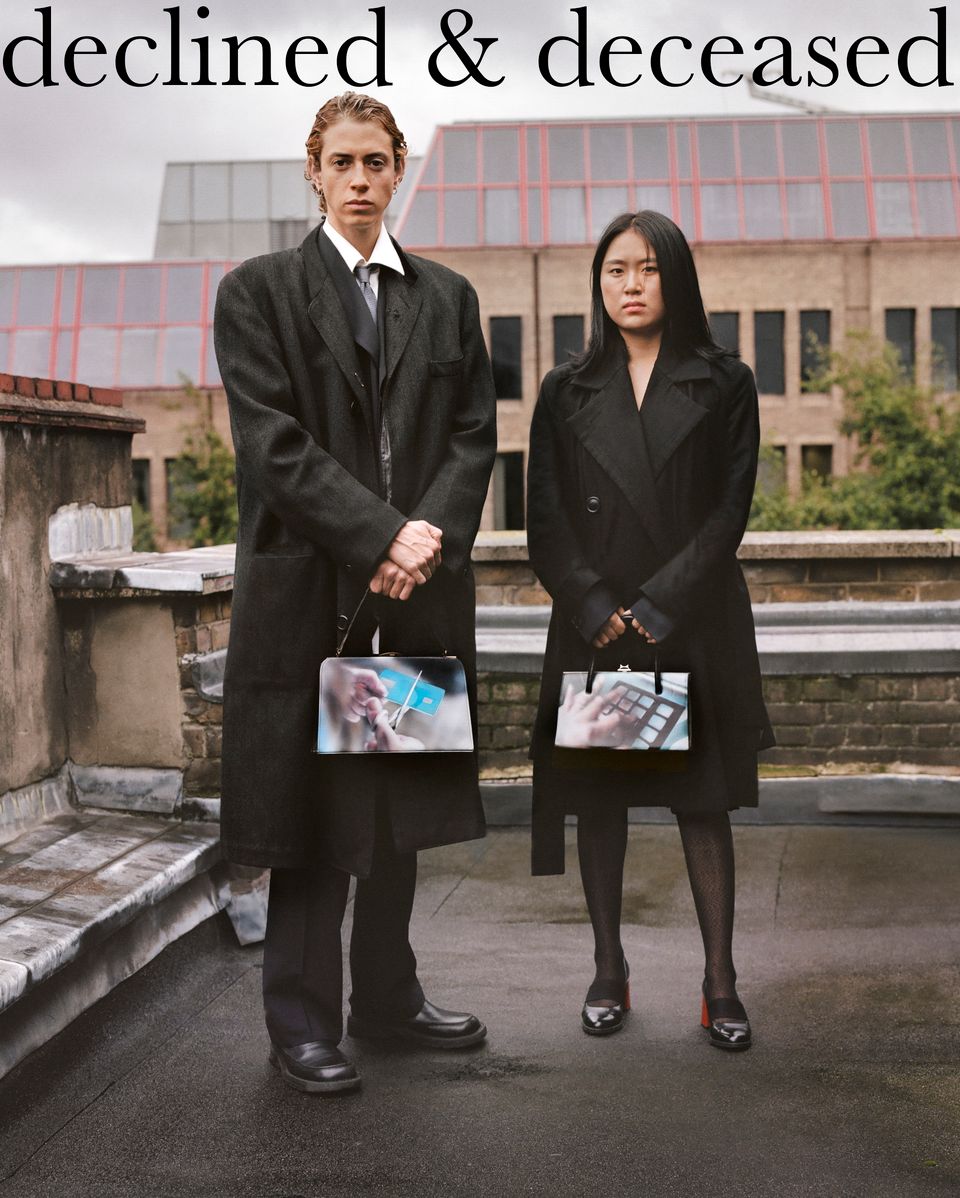 Hi Kim! Where does the brand’s name come from?

Declined & Deceased got its name from a particular moment, one that most of us have experienced before. Imagine you’re queuing in a shop, there are many people around, you finally arrive at the counter, pull out your card, then suddenly… the card is declined. You experience this unique combination of humiliation and dread, existential panic, even. It’s this sensation we feel at that very moment, that we named the brand after. It’s a known sensation to most people, but also something that feels purely personal and psychological. We liked these contrasts, they seemed to incorporate much of what this brand is about.

People invest a lot of emotional energy into these moments. But also into banking, in general.

Yes, of course. When I was younger, for example, I never checked my bank balance because I was stressed out I would spend too much. For years, I would cover half the screen when I took money out, to avoid dealing with a potential situation like that. It of course made me suffer more. “What if it gets declined?”, a question that would haunt me forever. It’s a feeling of powerlessness that sticks with you for a good while. What we were interested in with this collection are psychological registers, these bonds one develops to personal finance. People tend to have favourite credit cards when using multiple ones, even though they’re almost identical. It’s the little nuances.

What has your relationship with this been recently been like?

The past year was great to learn about emotional investment into objects in general. There is this increasing tendency for purely technical things to get so much emotion invested into them, and that has an overarching effect. We thought it’s important to talk about it from this angle.

Images are so corporate now! Yes, they are stock images, and the bags are also up-cycled vintage bags from all around London. We chose photos randomly from the internet. A transformation takes place after they arrive at the studio, where they’re hand-painted onto the bags. There’s a lot of history in the bags, history about what it stands for and the intended usage. For example, what does a Thatcher-era bag say in this specific context? We were interested in the tradition of hands and gestures in painting. But not just that: in real life, you’re putting your card into the machine, you’re organizing your account, checking payments and suddenly… you have your own little business going. This delightful fetishism of everyday self-management appears in the images we chose. Quite literary gestures of business! You can have gestures of love and hate, so why not gestures of business? We’re not trying to create a new product, however, or at least not in the physical sense. The materials and the formats we are working with are very impersonal and corporate, and we’re in the process of personalizing them, playing with the idea of the handbag as a status object that is in itself having a visual dialogue about status. There’s also a wish for reprogramming creative production, something that many people are experimenting with today.

Not necessarily, also to open up new routes for artistic inquiry that are not available in the industry at the moment, and season-based models that we’re mostly operating within, no matter the particularities of the branch – whether it’s fashion or fine art.

You mentioned elsewhere that a common interest of the three of you, is to humanize the object of your work. What would that mean in the context of this bag collection?

Something that comes along with the idea of humanising things – which is a part of the brand – is that humanising something also means that you bring it in relation to death. I think it’s an important concept to bring into the field of fashion and creative production – or any sort of production, really. An element of death and finitude, pushed into these worlds that are eternal and ethereal by design and definition. Like how money is so transcendental and more immaterial every day, it’s interesting to bring it in relationship with death and to give this humane spin to it. Same with bags and fashion: anything that is designed to be an endless self-production.

The bags themselves are untitled, they’re the first series of a whole collection that has been named The long season.

We started the bags last autumn, but they are only ready to be released now. It’s a double season launch because it seems to resonate with our confused sense of time – having spent the last year between quarantines, lockdowns and countries. Especially during the first lockdown, many of us were euphoric about this change in our sense of time, and there was definitely something potent, poetic and political about it. And a stretched-out season is also a middle finger to the industry. Obviously.

So, when and where will be the bags available?

We’re releasing them at the end of April, through eBay. We love eBay! It’s a curious mix of stock and home-made photos, a space where useless items exist next to one-of-a-kind treasures. Our bags might be a bit of both. 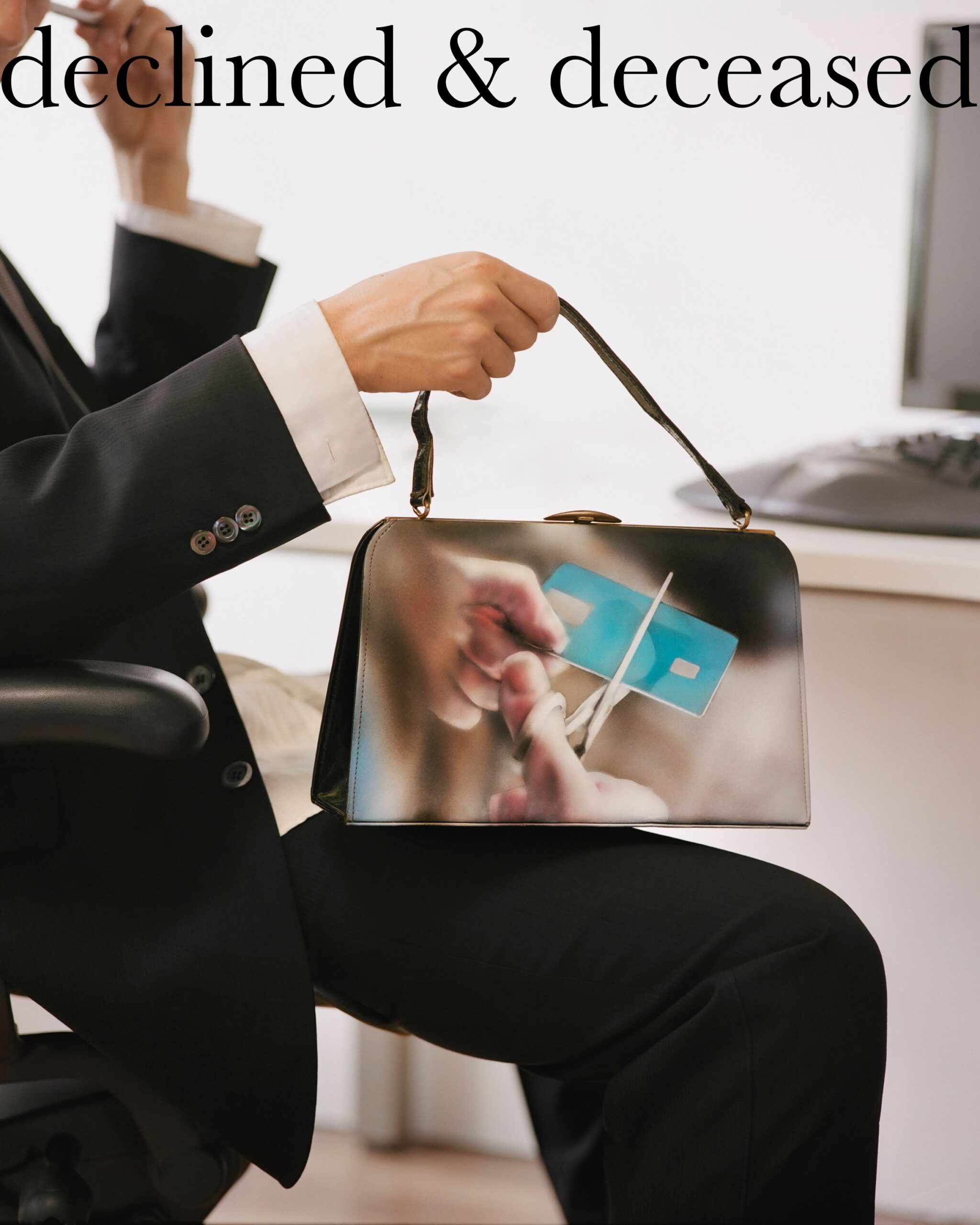 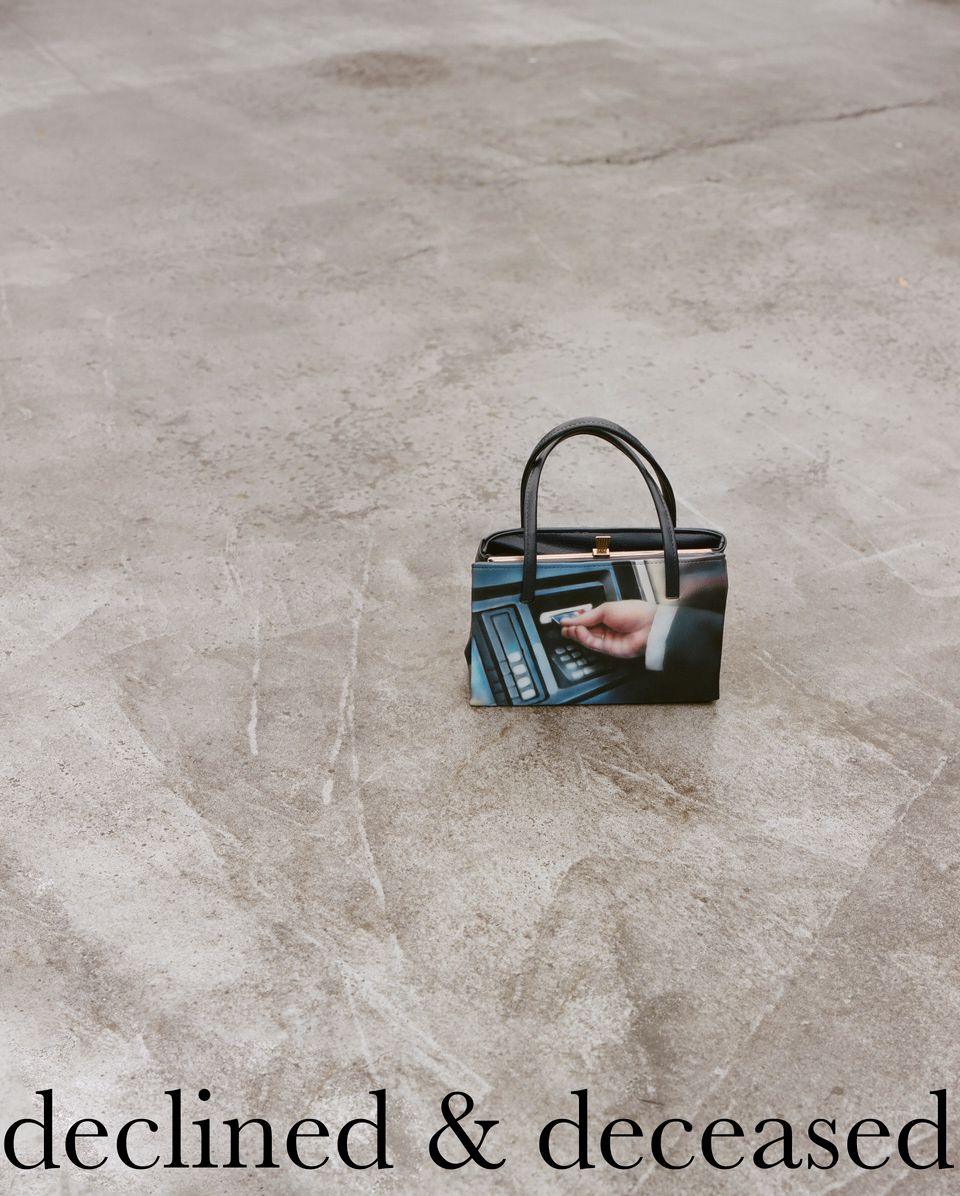 Stay updated on the collection here!