guaranteed to make you move your hips 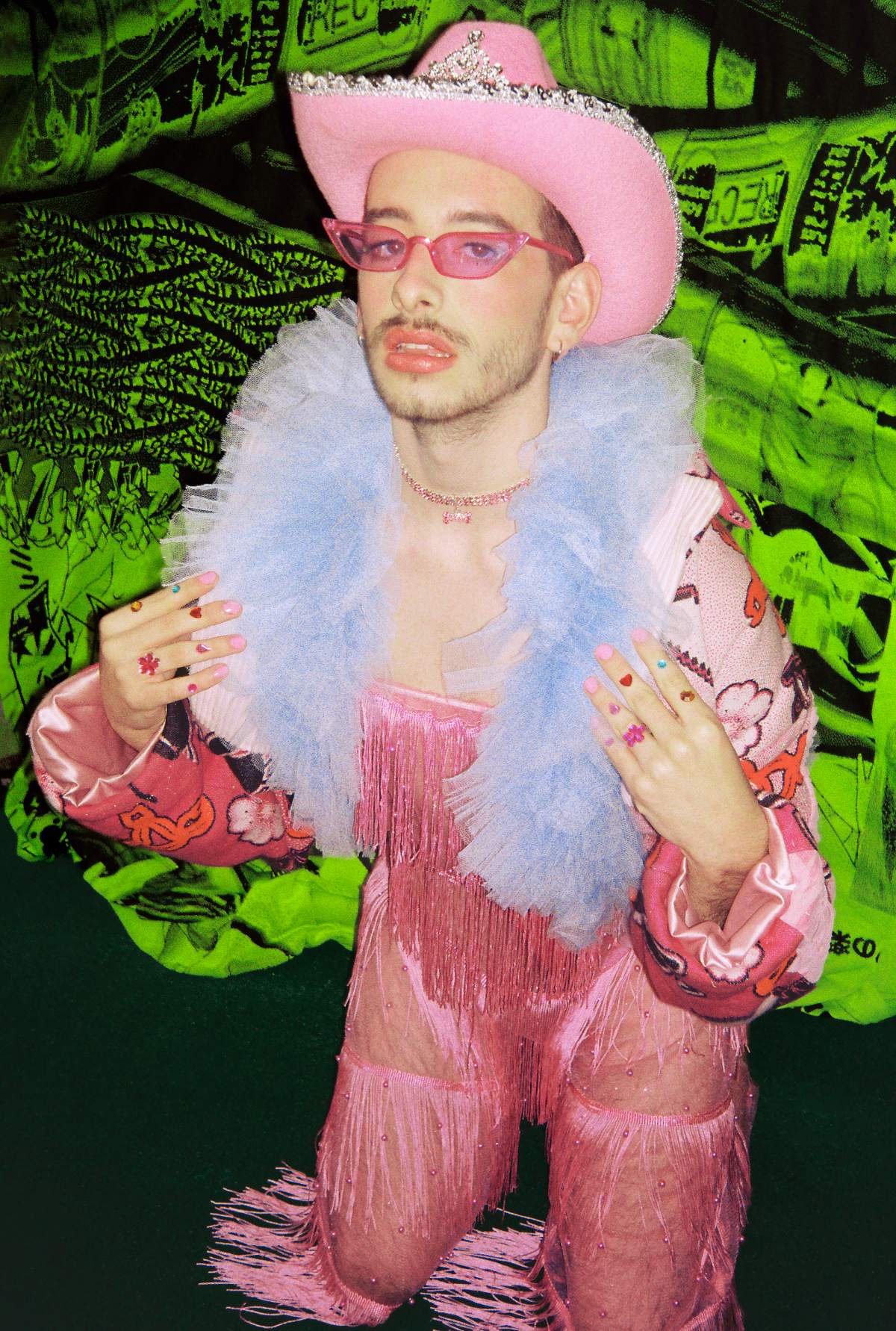 Multidisciplinary artist and DJ Eurowitch is guaranteed to make you move your hips. His experimental approach reimagines the possibilities of reggaeton, dancehall, trap and baile funk beats that create a safe space for all. Being a Queer artist that works with Latin urban rhythms, Eurowitch doesn’t fit into the genre’s traditional mould. This is why their work focuses on LGBTQ+ representation in the urban music scene. With his latest music video GATO out – and hitting hard – and an album on its way, Eurowitch is on our must-listen list. This is why we’re proud to have him on our lineup for Glamcult Selects @ Radio Radio on June 30th. So get excited, get familiar, and see you all at the party ;). 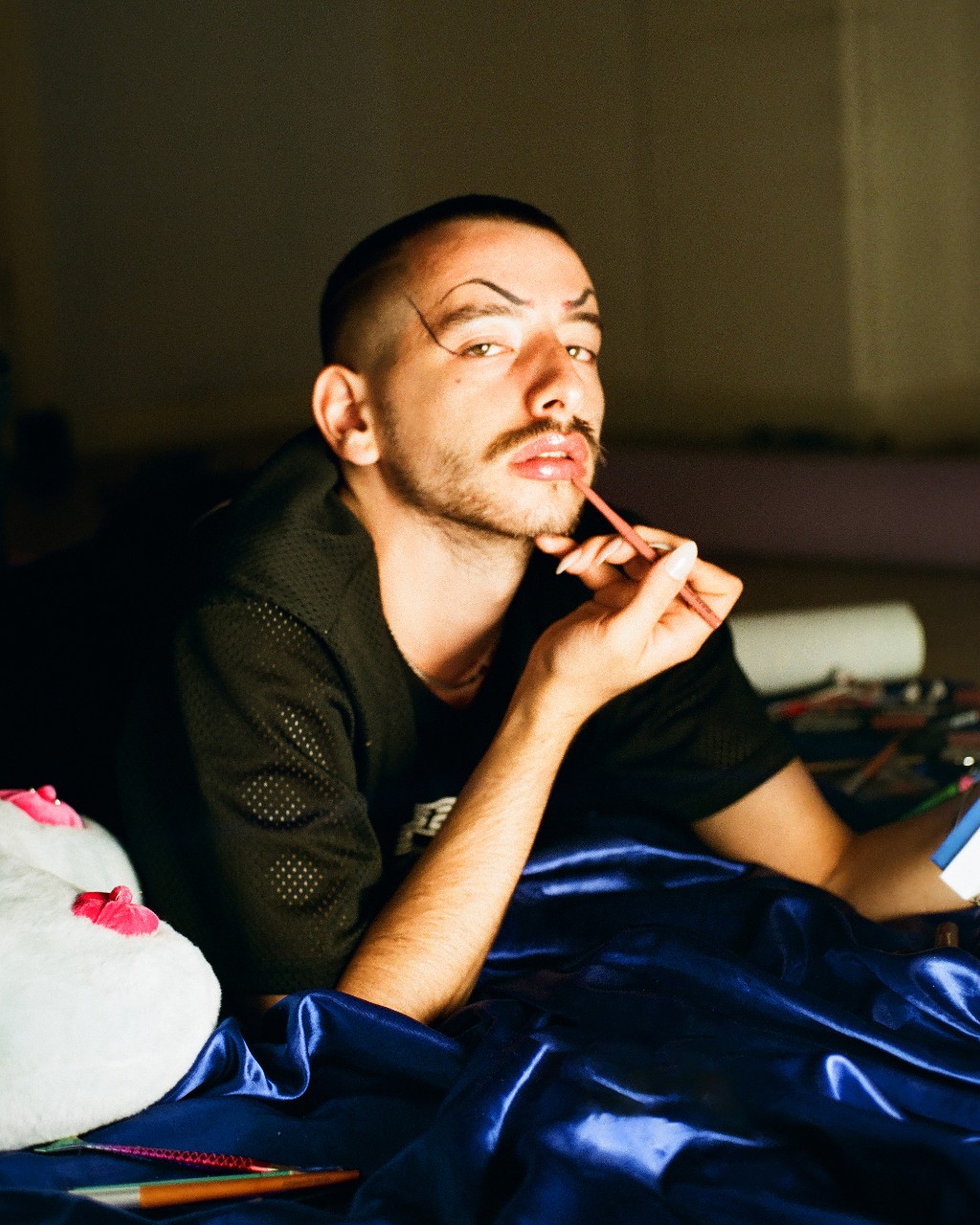 How are you today?
I’m good. It’s a sunny day, so I’m really happy haha.

Haha, same here. How would you describe your DJ style?
I like reggaeton and urban Latin music. I just try to play music that makes people dance uncontrollably.

That actually relates to my next question; how would you say your work interacts with the communities that you’re in?
I do a lot with the Latin community in the Netherlands. We all grew up with reggaeton but often it’s a super sexist and homophobic genre which makes it hard to be Queer in reggaeton spaces. I think it’s interesting to offer the same music but in a different context so people can enjoy it music but feel safe in the spaces they’re in. What I’m trying to do is offer authentic urban music to everyone. That’s my goal, and it makes everyone dance so you can’t deny that, you know?

And that’s really powerful, connecting everyone through dance in a safe space. You already touched upon my next question but if you could change anything in the music industry, what would it be?
Oh my goodness. Well I’m really fortunate for the music space that I’m in and all of the people who support me, but I think overall in the mainstream unfortunately doesn’t see enough Queer representation. There’s not enough representation of different races, of different backgrounds, of just difference. I think we should all work towards more representation in every scene. It’s so necessary to make everyone feel comfortable and it just makes it a bigger – and more fun – party.

Yeah, for sure. Doing a complete 180 but besides DJing, what do you do in your daily life?
I’m a student, I study at the KABK in the Hague. I do a lot of work with the Little Big Dollhouse, it’s actually where I am right now. It’s a collective here in the Hague that works with Queer issues and activism and hosts exhibitions, events and things like that. It’s a really multidisciplinary group. I’m also a multidisciplinary artist myself. I work with the Latin community a lot and the Queer community a lot – as you know. I’m always doing something haha.

What other genres do you create in?
So I’m a graphic designer as well – that’s what I study. My core interest lies in using realities and striking imagery to communicate something. A lot of the work I’ve been doing is, again, related to the Queer community. For example, I designed this image where there was a photo of me completely transformed into this super free person. I had a wig on, I had nails, I wore a dress –  I was completely transformed from the average ‘boy’. And then next to it was a picture of me as a ‘boy’ or traditionally what a boy looks like. I love creating this kind of striking contrast because it forces the viewer to reflect.

Kind of like defamiliarizing the things that are considered ‘normal’.
Exactly 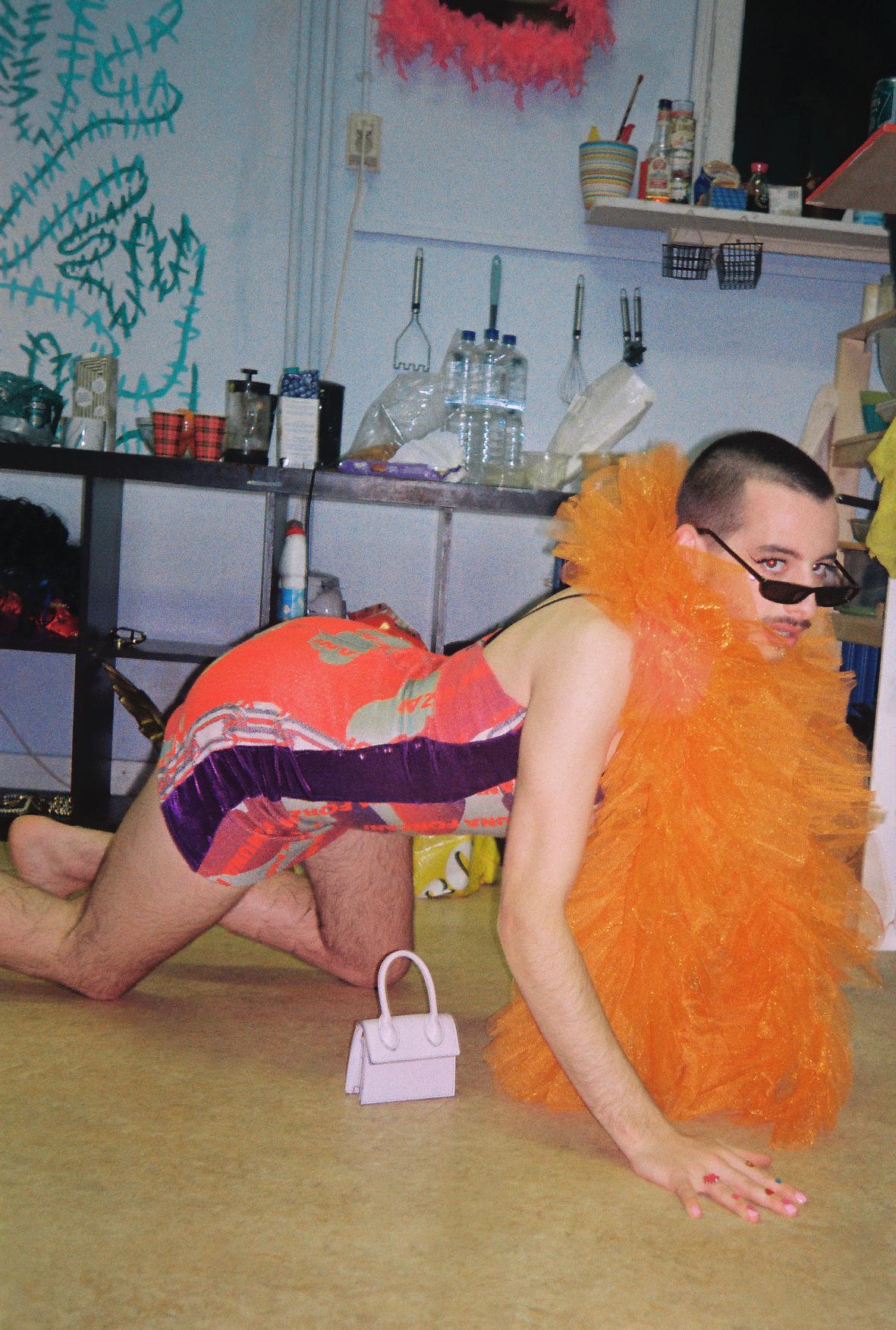 What would you say your biggest accomplishment thus far in life has been?
I think this year has been kind of a lot and full of exponential growth with all of the opportunities I’ve gotten. I think so far it’s making a music video. I made it with the Little Big Dollhouse and the scale of it was so big and overall just a really great project. It was for one of my songs called Gato and for me it’s just a really special project. There are definitely more things to come. I’m gonna release an album very soon, which probably will be my biggest accomplishment once that happens…but for now, it’s the music video haha.

Exciting stuff! What is your favourite song at the moment? Or maybe top three.
I love this question, but it’s always really difficult. Okay. Let me think… A song that I have on repeat is by this Spanish artist La Zowi called Bitch Mode. It is so good, it’s a daily for me. Then Saoco by Wisin and Daddy Yankee. It’s a very old school song that I listen to all the time. I’ve also really been into this song called Mi Gata by Standly and El Barto. Me and my boyfriend blast the song all the time.

In your opinion, what do you think is the most underrated music scene?
It depends where, but in my experience in places like the Netherlands and Canada – I grew up in Canada BTW – I would say it is the alternative Latino scene. Of course there’s the mainstream reggaeton that we listen to like J Balvin and Anitta and all those people, but then there’s this whole other world and different subcultures or little subgroups who celebrate really exaggerated fashion and are advancing the genre in new ways which I really love. Let’s just call it the underground Latin urban scene. I think if people got more into it, it would pop off. People got into reggaeton and it popped off and now I think this scene is the next step.

If you could think of your ideal club lineup, what would it be?
Definitely 20 Uñas. Then Nèna, she’s a great Dj based in Amsterdam. Dey.Rey, also an upcoming DJ who works with reggaeton, trap, Jersey, club, etc. I think Bigote would be amazing in there as well. Maybe a really old school ‘90s Reggaeton DJ to end it, like DJ Blass from Puerto Rico where Reggaeton started. Yeah, that would be an ideal lineup.

What makes somebody in a crowd stand out to you when you’re performing?
When someone is shaking their ass down. I really know that you’re connecting with music when you’re dancing and living it up. Also when they know all the lyrics. I love seeing when people know the lyrics and they’re dancing like there’s no tomorrow because that’s also me in the club. Every time I’m at a party I try to connect to the music and thus DJ like that, so I really appreciate it when people get down and in turn support me. That’s honestly my goal. When I see people really enjoying themselves, I’m like, okay, my work here is done.

And what are you manifesting for the rest of 2022?
Gigs, gigs, gigs, and more gigs. That’s for sure what I’m manifesting. Also some more plays on Spotify and I want my album to pop off. Well, maybe not POP off, I kind of want to keep it a little underground haha. But I’m manifesting good successes.

What’s a question a journalist has never asked you but they really should?
I’m quite knowledgeable about the history of reggaeton and the evolution that it’s gone through.  And I think it’s interesting to see how the we, the Queer community, position ourselves in there. I think Queer people have never been really fully accepted in the genre so the question would be, “how do you position yourself in this scene?” And like my answer would describe how sometimes it’s uncomfortable, like when you’re in a club and you’re clearly the odd one. But other times when events are more curated for a specific kind of audience there’s a beautiful energy and community. And while it’s not always easy, the Reggaeton scene is actually changing and progressing with a new wave of artists.

Thank you so much! So excited for the 30th!
Me too! Yes, super excited. I can’t wait to see everyone dance!

Send your RSVP to rsvp@glamcultstudio.com