In conversation with FKA twigs

The avant-pop artist of our time talks new album MAGDALENE, womanhood, and stepping into her own truth.

There’s no two ways about it—last night, Glamcult cover starlet FKA twigs presented MAGDALENE in Amsterdam, and what we witnessed can be classified as an outstanding moment in music (and art) show history. Still shaken with the energy from it, we invite you to revel in an even more personal side of twigs’ artistry in her interview with writer Wilson Oryema for Glamcult’s latest (PARA)NORMAL issue.

“I never thought heartbreak could be so all-encompassing.” It’s with these words that FKA twigs, the avant-pop artist of our generation and Glamcult’s comeback cover star, introduced her long-awaited sophomore record this autumn. MAGDALENE’s first teaser, “cellophane”, is a transcendental track so beautiful and vulnerable, but also so full of uncovered wounds, that it’s nearly impossible to listen to the soundscape, as soft as it is sharp, on repeat. Still, the accompanying video makes us want to watch twigs forever, as the artist—from broken to built—sings, shines and soars in all her otherworldly ways.

Born in an emotional and bodily state twigs describes as her “most ungraceful, confused and fractured”, her stripped-back return on MAGDALENE is one of solace. And so, Glamcult invited a writer whose words keep kindling in us that same feeling of raw, bittersweet hope. In conversation with Wilson Oryema, FKA twigs here discusses defying gravity, Mary Magdalene (and The Virgin Mary), the multiplicity of womanhood, her relationship to fame, and stepping into her own truth. “Through the pain, the physical trauma and the emotional trauma, I feel like I’ve been reborn. And now, honestly, I feel pretty good.” 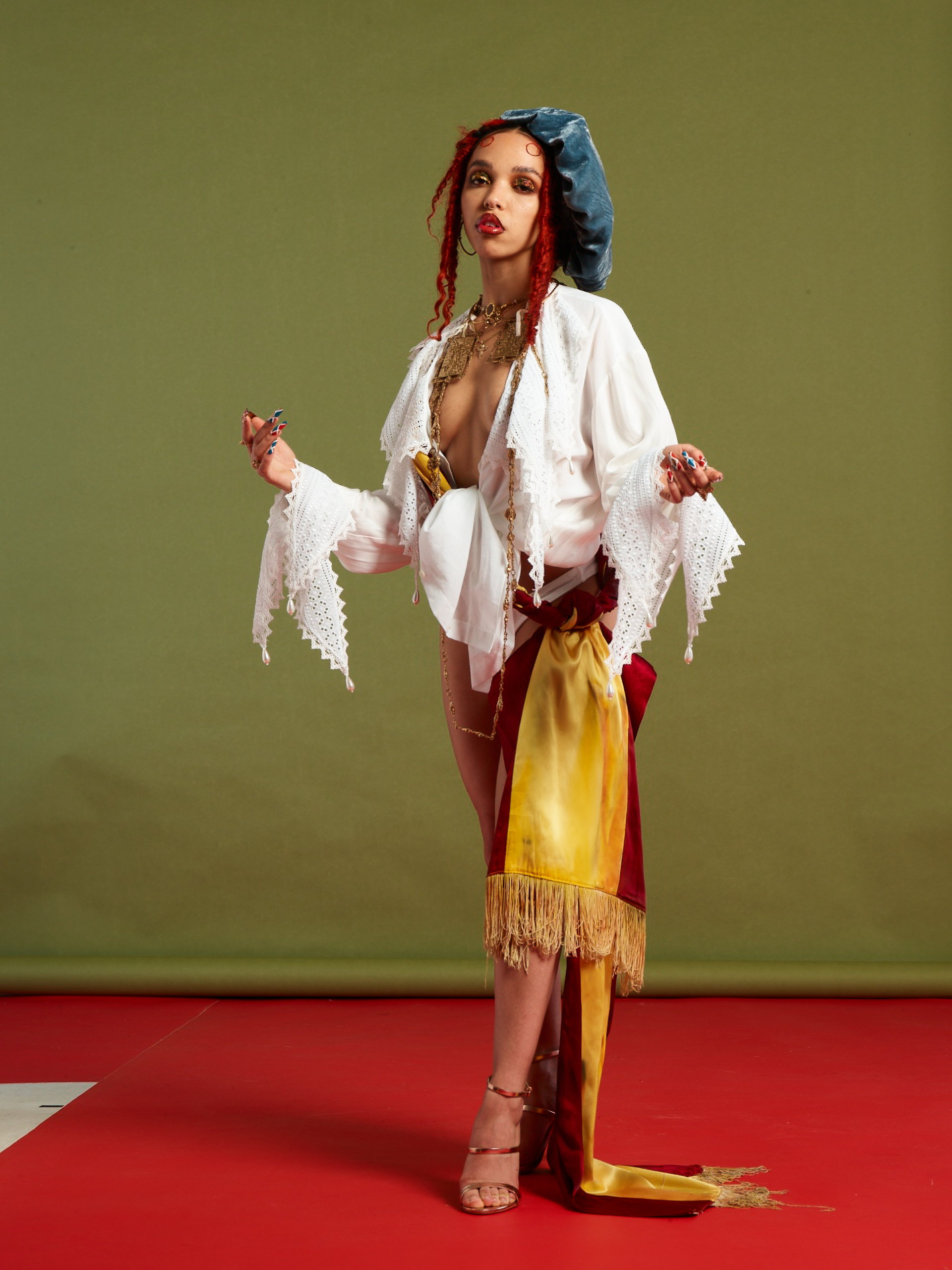 Wilson Hey, twigs, how are you?

FKA twigs I’m good. How are you?

FKA twigs I think recently the idea of moving through air has become really exciting to me. So, obviously I started off as a dancer, feet on the ground. And then I’ve taken it to a pole, which allows me to fly, and I think now the thing that I’m most excited about is the idea of anti-gravity. I’ve started getting into tricking, which has been so liberating. And it’s something that I’ve always been quite intrigued by since I was a teenager but I’ve never been able to find the right space or family to explore that side of myself. I recently got my no-handed aerial on soft floor with bare feet, and then just yesterday I did my first no-handed aerial on the hard floor in trainers, which means that I can take my tricking to the stage.

Wilson Wow, that’s incredible! So, as we’re speaking about movement… How has your relationship to your physicality changed as you’ve gotten older, and how important has it been in allowing you to explore yourself?

FKA twigs I mean, it’s always been important, ever since I was a child. I’ve always been rolling around the floor and dancing to music and moving. I can’t keep still, honestly. I have a sofa but I rarely sit on it, I’m kind of always on the floor stretching, rolling around, moving about. When I was younger… the only way I can describe it is, that movement to me was much more in boxes, as I learned forms separately. So, ballet or tap or modern or contemporary, and these were all things that were quite separate in my mind. The beautiful thing about me growing older is that, now, it’s just movement. I don’t consider myself a dancer anymore; I’m a mover. That’s just been so liberating: to be able to blend all the physical intelligence I’ve developed over so many years of training into movement—and it makes me feel free. Again, back to the beginning of the conversation, a mover can be in the air or on a pole, a mover can be with apparatus—whether it’s a sword, the relationship to your body and the sword, or martial arts apparatus. It changes everything. I think that for the first time now that I’m older, I consider myself—and you know, I say this in a shy way—but I consider myself a movement artist because I’m developing my own flow. Now, that is pole. It’s also through martial arts movements; it’s through the fluidity of it all. I think I’m beginning to step into my own truth physically, which is incredibly exciting for me. 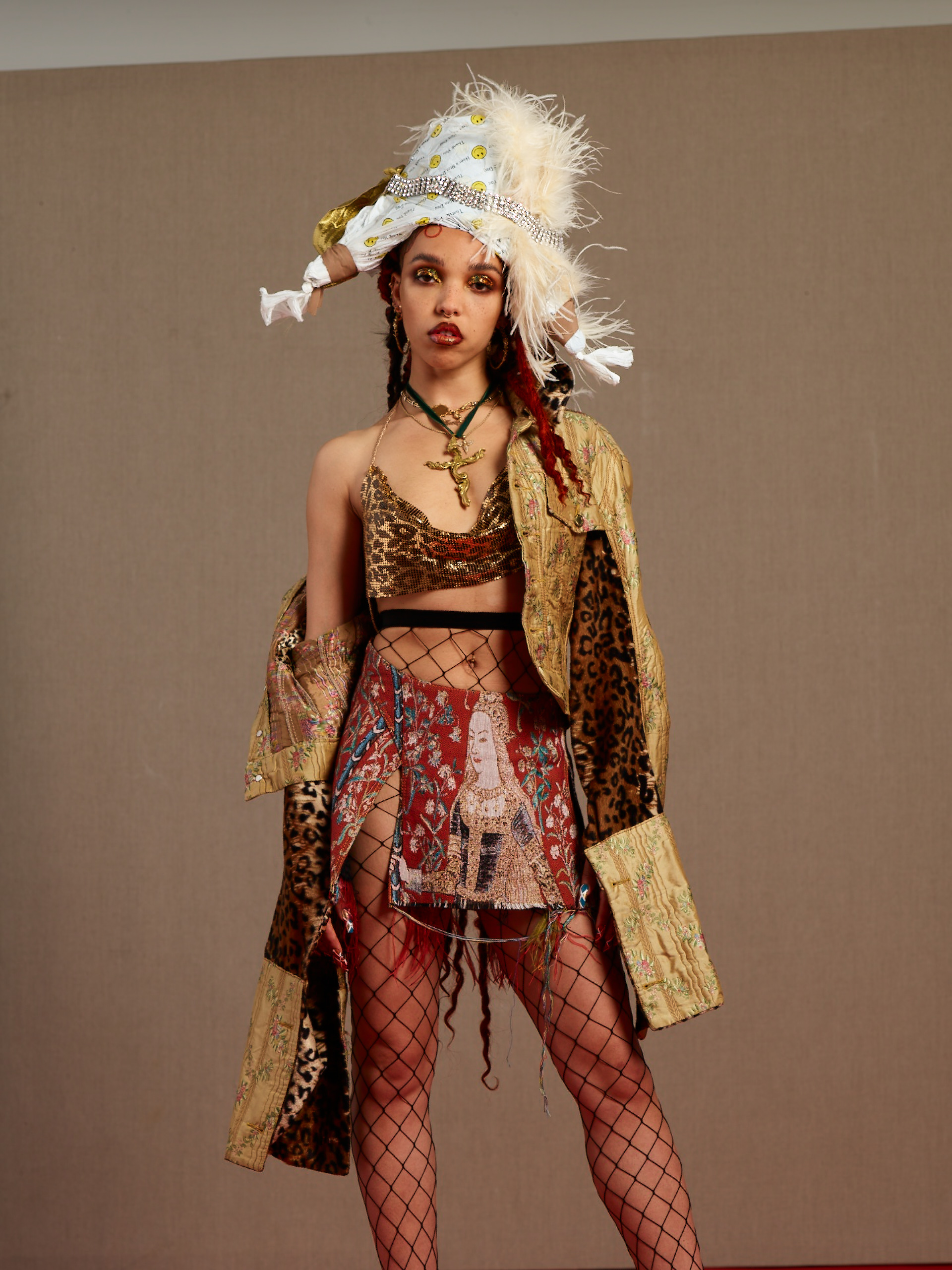 Wilson That sounds like such a beautiful transition. Taking something from what was initially a state of play and then developing it further. When did you first start using movement to express ideas? Has there ever been a separation for you?

FKA twigs I think that I always use movement to execute ideas. I think in the last year I’ve used movement to express ideas, and I think that’s very different. I think I’ve always been an executer of movement; I’ve always been a really diligent student and I’ve always been very methodical about how I’ve learned things. Now, I feel very differently. The expression in movement came much later because I think as a musician I’ve always found it so easy to express myself. I don’t know the rules, you know? I play every instrument and I play no instruments. Like, I’m horrible on all instruments and yet I play them and I have credits for them on my record and they sound all right.

Wilson Totally get that.

FKA twigs Expression [through movement] came later because I started off with such formal training. It took a long time for me to be able to shake that off and find the way that I could be free from inside rather than from what was learned behaviour.

Wilson I want to go from there to the commentary you added in addition to the album about how personal experiences hindered you from feeling like you could move or express yourself freely. Just to provide some insight, I’m doing a book of poetry which is around how different things consume us like stress, trauma, addiction, shame, aggression and grief. While doing this, it’s almost like I feel like I’ve been robbed of all shields to cover myself. In order to really be able to communicate or to express what you want clearly, you have to bare it all. I want to ask how was that transition process from that point of feeling like you couldn’t express yourself, or say what you needed to say, moving back towards that point of being able to express and finding yourself through movement?

FKA twigs You mentioned how did the pain hinder me. To me, because of the physical pain and the pain that I felt emotionally—not just in the past few years, but as I’ve moved more into mature adulthood [from] say 26-27 onwards—I think that it hasn’t hindered me at all. I think that it allows me to move into more uncomfortable spaces and even that could be physically. I remember one thing about my Spike Jonze ad. I couldn’t lift my hands above my head and what it meant was I had to move in a way that allowed my body to express itself to its full capacity in different ways. So I managed to find new ways of being mobile. In the ad I used contractions: extended arms and legs put forward. I used Audrey Hepburn as a reference to get the movement, as this kind of whimsical, charming element that I was trying to capture, which for me was a completely new space. So, in one area I couldn’t get my hands above my head, but actually in another area I learnt so much because I was forced to push myself and I was forced to think outside the box which could only make me a more well-rounded artist. And then in terms of any emotional pain, I don’t feel that has hindered me, at all. If anything, I feel that any pain I’ve gone through has only been a catalyst for me to really go deep. That’s why when talking about the album, it’s public knowledge that I’ve gone through a lot over the past couple of years. But, it’s been amazing. It’s been incredible. It’s been the best years of my life because I’ve learnt so much about myself and I’ve grown so much. I’m really growing into my womanhood through this experience. That’s all I can really hope for, and I think when I’m in my fifties or sixties and I’ve really started to hopefully get life cracked a little bit more, I’ll probably look back on these years and think, Wow! That’s where it started, late twenties early thirties. That’s when I really started to open my eyes and become aware. Now, for me, it’s the beginning. Through the pain, the physical trauma and the emotional trauma, I feel like I’ve been reborn. And now, honestly, I feel pretty good. 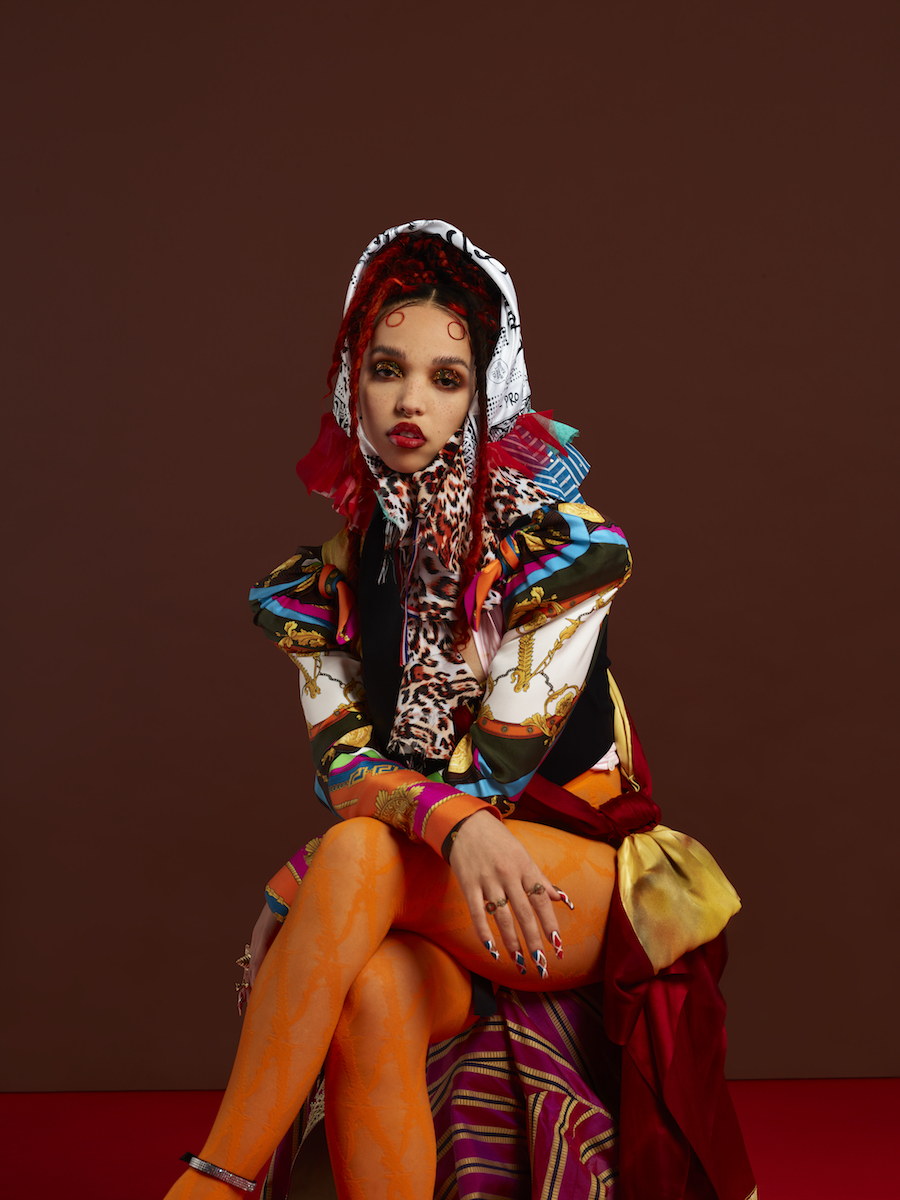 Wilson So of course you’ve titled the record MAGDALENE. What led to that? Could you tell me your understanding of the story of Mary Magdalene?

FKA twigs For me, there are a few things about Mary Magdalene. I’ve found her to be a very fascinating and inspirational woman. The first thing was that, up until very recently, there wasn’t a lot known about her story and it was smothered and contorted by the patriarchy. She was known as a whore and a prostitute and when I asked about her when I was in school, my father said to me, “Well, you know she was a prostitute and Jesus was nice to everyone and that’s a testament to how great he was.” I was always very fascinated by her, but couldn’t get any information. As I’ve got older you could see [it’s changed] in the last 50 years I think she’s been recognized as a saint. More and more of her story has come out. There is that saying that “behind every great man, there’s an incredible woman” or something like that. So, I wondered to myself, as amazing and incredible as I’m sure Jesus was, Mary Magdalene, to me, also in her own way seems equally as special. She was a healer, a mystic, a herbalist, and she used oils in many ways. From what I found out about her, she represents the first doctor of those times because before people would have specialist interests—but with Mary, she had a lot of knowledge in a lot of different areas of healing and she used them all together to help people. That’s what we call a doctor now. So, I was very curious about her story and I was very enthralled with how the truth has come up now. I’ve spoken about this in a few interviews but this aspect of the “virgin whore”… to me Mary Magdalene just represent that archetype perfectly. That’s the idea that a woman can be pure and innocent. Like a fresh flower and juicy, but also at the same time seductive, all-knowing and a temptress. Also, healing in a different way. It’s a duality, and growing up I didn’t know that as a woman I could be both things. Now I realize I can be a virgin and I can be a whore at the same time and both of those things are great. They’re both valid and both important. So I think Magdalene in a time of great reflection really represented that for me. After I wrote “magdalene”, the song that’s on my album, it just felt apt that I should honour her and call my album MAGDALENE because she was a real pillar for me during that time.

Special thanks to Beggars Group