In Conversation with Gia Woods 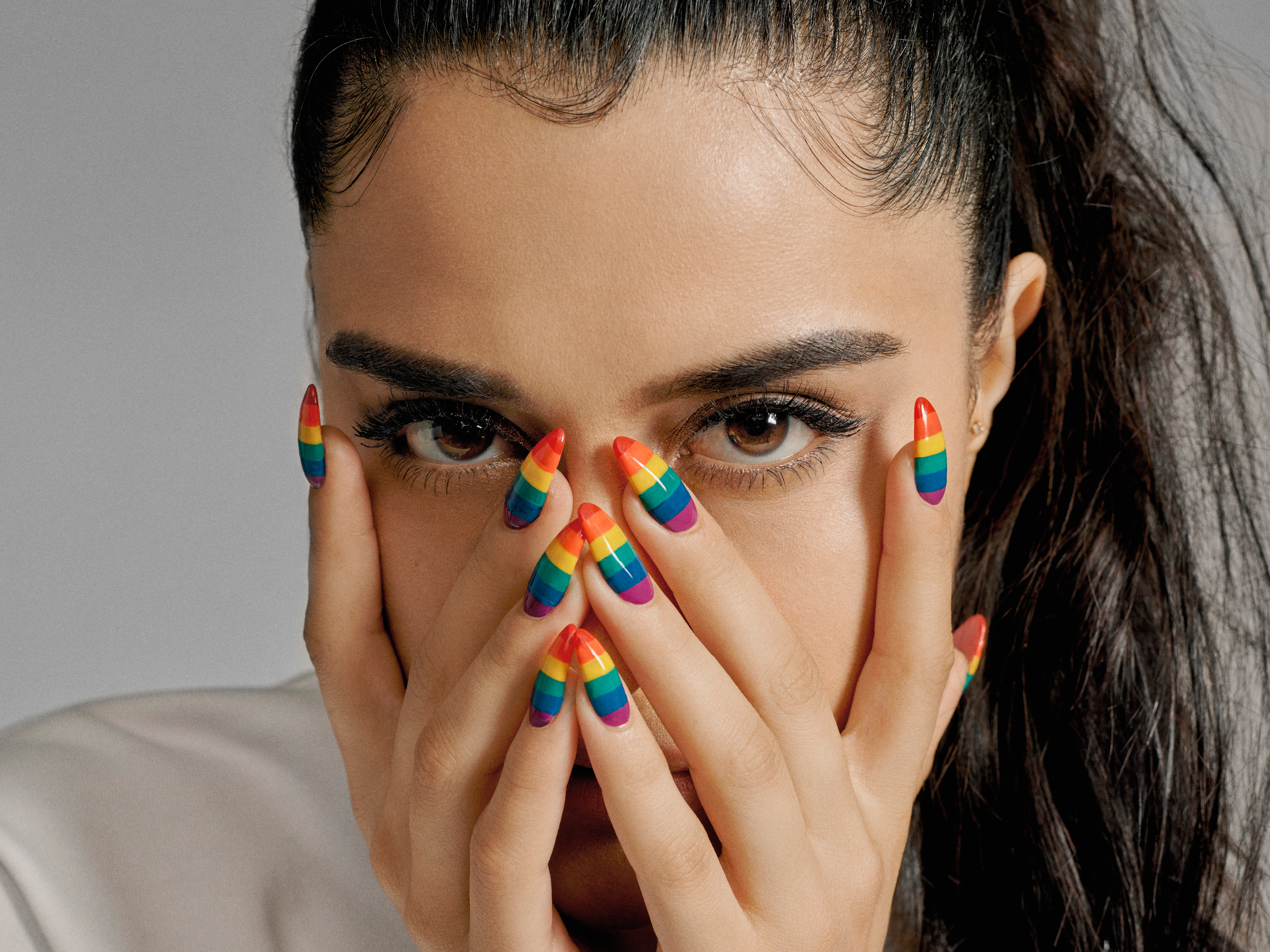 We all know and love the iconic CALVIN KLEIN campaigns we have seen throughout the years, and in celebration of Pride, #PROUDINMYCALVINS is the newest addition!  When it comes to celebrating self-expression and identity, CK has hit the spot- bringing us some of the biggest LGBTQ+ icons in their finest. This time around, we had the honour of chatting with Gia Woods. The Persian artist first shot on the scene with the revolutionary single, ‘Only A Girl’, which was not only a banger but also an ode to Gia’s sexuality and a coming-out like no other. Sharing the most authentic version of the self is top on Gia’s priorities, alongside sharing the queer experience as a Persian woman. Having become a voice for the community, she describes this as ‘the best feeling in the world’. We chatted to the pop-princess about her rise on the scene, her journey to self-love and how it feels to be one of the empowering faces of this campaign.

Hey Gia! How are you doing? It’s a pretty insane world out there right now…

Hiiiii, yes…what is going on? haha, it’s been very crazy… I’ve been definitely going through the major highs and lows. It feel like there’s something new every other week? When are the aliens coming?

I know right! Could you tell us about yourself, what you do and your motivation behind your creativity?

I’m just living my dream. I’ve written a million songs and my goal is to get as many people to hear them as much as possible. I always feel driven to create whatever I’m feeling at the moment!

How did you first get into music?

My parents bought my sister an electric guitar that she never ended up playing… one day I decided to pick it up and I haven’t stopped playing since. In school I played in the orchestra and sang in the choir, outside of that I was writing songs in my bedroom every day. While I was in high school I was scouted by a manager, that’s when I started pursuing music as an actual career!

…and who have been your biggest inspirations in music?

Your most recent single, Naive, has a really unique sound; what is the song originally about? Is there a story there?

I was getting out of a toxic relationship that felt like a never-ending cycle of off and on, but this time I knew it was really over. I remember going to the studio that day emotionally drained from a breakup and I was in the room venting about it. I opened up about how weird I thought it was that two of my exes said they never felt like I was, “theirs.” We were so young… I think that’s what sparked the whole concept of “Naive.” I felt as though those past relationships were never going to be serious. Not because I didn’t love them, but because I knew the reality of where we were with our lives.

The line, ‘I don’t need no saving, I’m okay with crazy’; feels like a strong, empowering moment of self- acceptance. How has the journey of self-acceptance been for you?

I think it’s never-ending, you know? But for me- I’ve just accepted there is no such thing as perfect. No one in this world is perfect and that’s what I always try to remind myself. 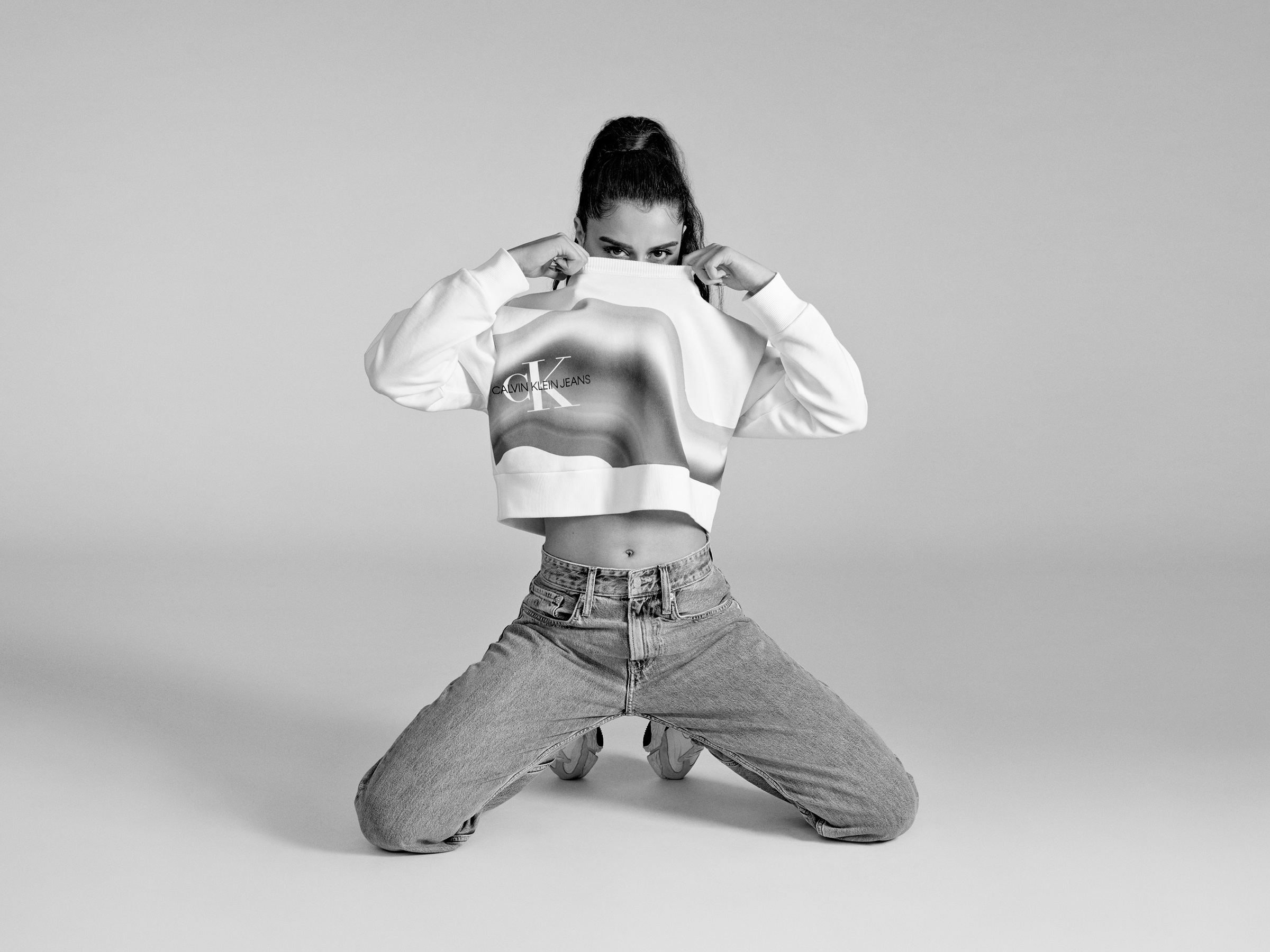 Even though ‘never-ending’, self-acceptance (and self-love) is a whole trek of a journey in itself; in your eyes, is it achievable?

Of course! I think it all depends on your mentality…you are in control of your own thoughts. You can choose what you wanna think and what you don’t. It takes time to build confidence and I definitely feel like I’m on that path and am just starting to get comfortable with myself.

That’s amazing to hear! How would you say you have changed as an artist, looking back to the days of ‘Only a Girl’?

I think everything has changed. I actually know so much more about what I like and don’t like musically and visually. I was such a baby then. I have so much more awareness about myself and where I want to take my music artistically.

You have also been considered by many as an LGBTQ+ icon- what a title! How much pressure is there?

Icon!? It’s an honour! I haven’t viewed it that way but it truly means so much to me that I’ve been able to be heard, seen, and most importantly accepted in my community. It’s an amazing feeling and I feel so blessed!

And a CK campaign! Congrats! That’s pretty fucking cool- how does it feel to be a part of the new campaign?

Omg…I was waiting for someone to pinch me. It was a literal dream come true. I’ve always been obsessed with the classic black and white CK ads and I always dreamt of being a part of one so the fact that it actually happened is insane and I’m so thankful for the opportunity!

What message do you hope to share with the world by being a part of this?

That absolutely no one can tell you who you can or can’t be, or who you can and can’t love.

Finally, thank you so much for talking with us! Any parting words of wisdom or advice to our readers?

Thank you so much! I take my connection with my fans seriously, so if you like what I’m doing, don’t hesitate to dm me. I know that the state of the world is rough so we all have to rely on each other to get through this time! Love you all so, so much.