How A.I. can mirror us our true selves in the age of the infocalypse

In conversation with Ine Gevers 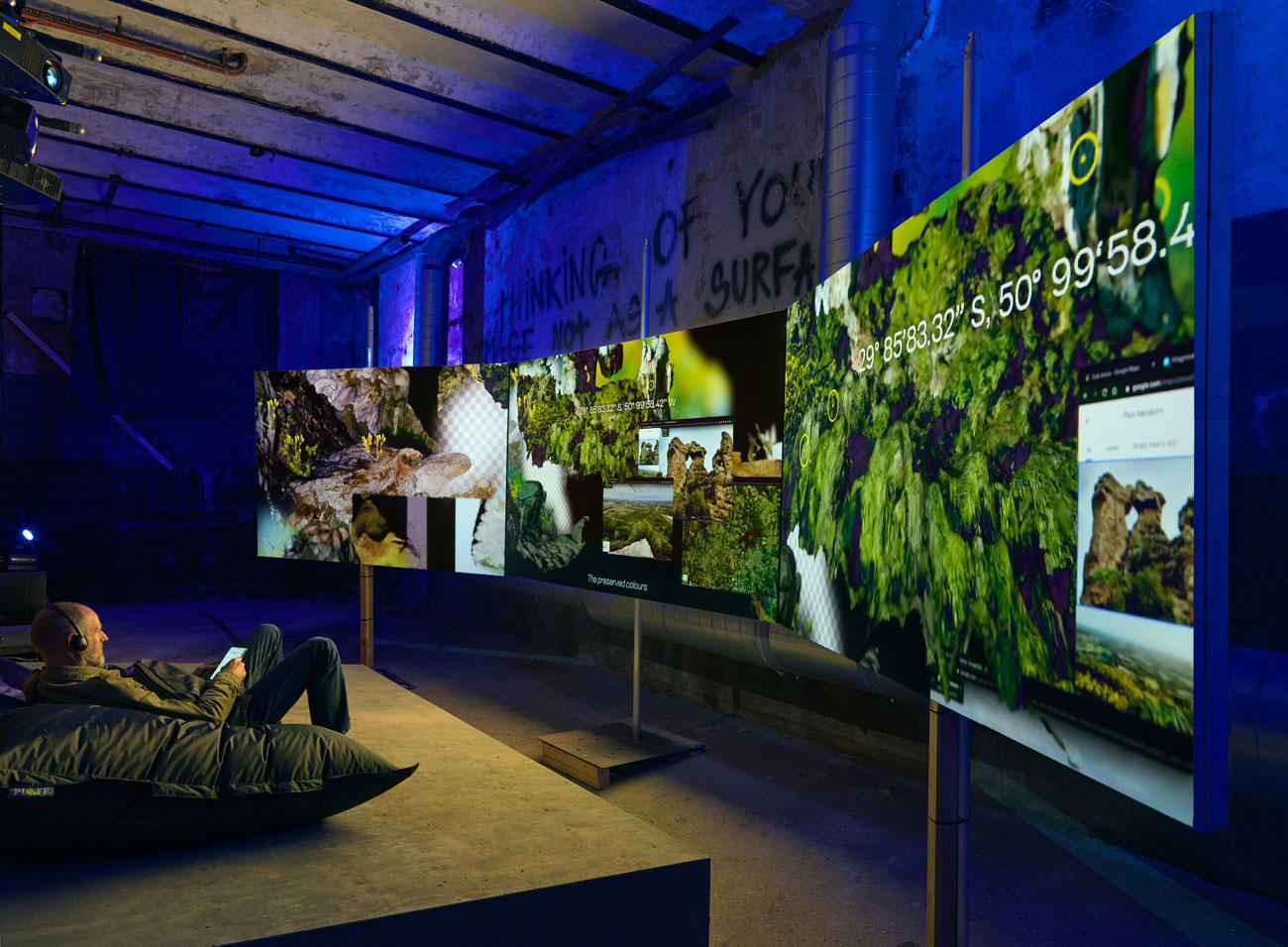 After what seemed to be an eternity of anticipation and perpetual predictability — usually armed with only our phones and laptops as company and sources of delight — Glamcult was over the moon to discover that the FAKE ME HARD exhibition is fully happening this summer! Imagine our excitement when we saw the exhibition’s titillating list of forty multimedia artists, from Julie Patard’s video self-portrait Techno Venus and Marnix de Nijs’ Fake Me Deep profile experiment to Via Oral‘s music-making DJ-bots. Within this bleak post-truth picture filled with dystopian deepfakes, polarising algorithms and fake news infused discourses, it’s refreshing to also celebrate the extraordinary ways in which we can outsource technology to develop beautiful innovations and gain alternative narratives within the Anthropocene. Thrilled to unriddle the story behind this journey of curation, experimentation and inspiration, we were delighted to have a virtual heart-to-heart with one of FAKE ME HARD’s masterminds and creators, Ine Gevers. 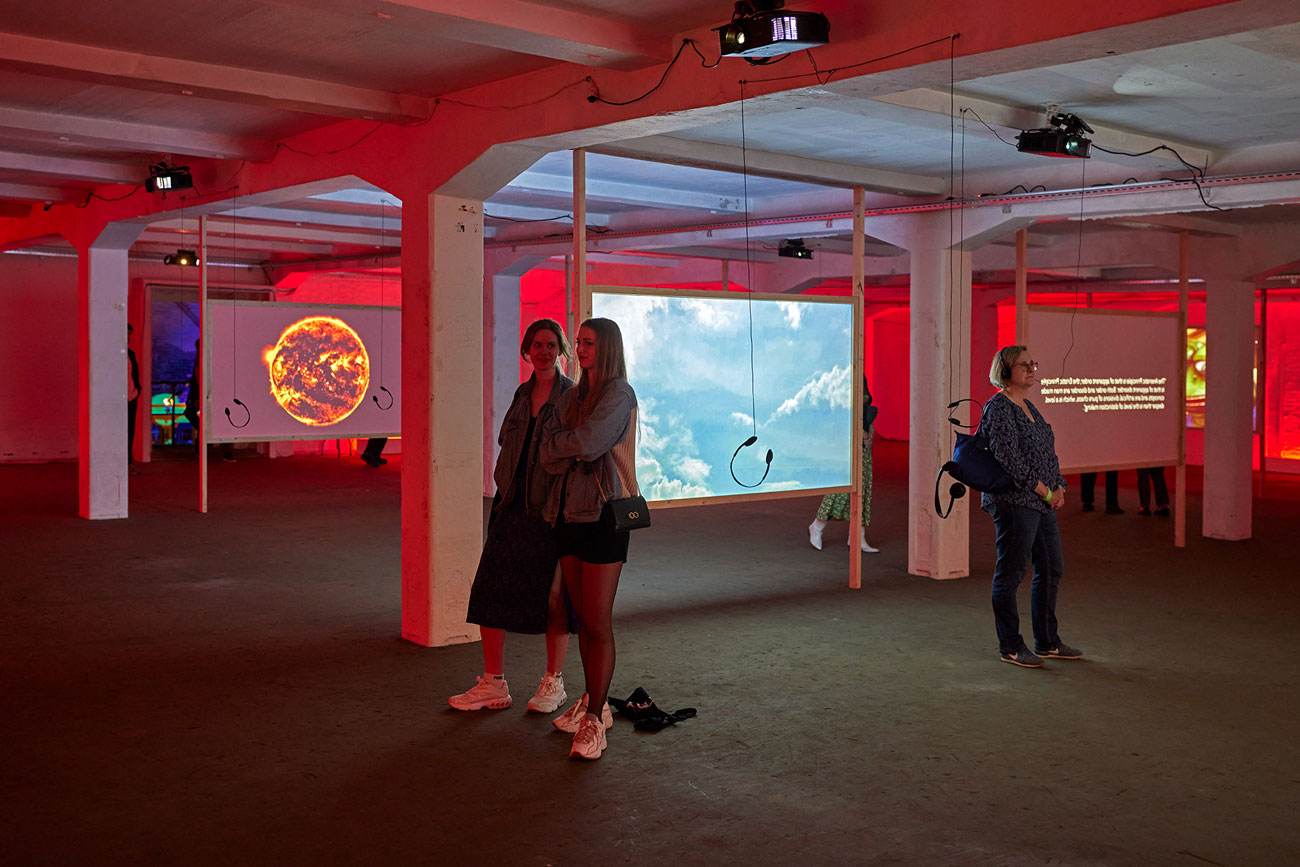 Hi Ine, it’s so nice to speak again after (IM)POSSIBLE BODIES, your previous exhibition! FAKE ME HARD is a nice chronology from post-human to post-truth. What does post-truth symbolise to you?

While we are heading towards a post-truth society, there has never been such a thing as ‘One Truth’. Us humans have always had this habit of lying and cheating! However, working with all these new technologies — especially in the eye of the algorithm and artificial intelligence — it’s become something completely augmented and out of our reality. Fake news and deepfakes are not the only symptoms, they are simply the start of many more developments going on. With FAKE ME HARD, you will enter a new world completely monitored by A.I., were we encounter a totally different logic than the one we have been used to! It’s a very exclusive matter, where many people don’t feel represented in the digital world. Our main concern is that it might undermine our typically human way of communicating, telling stories and sharing myths. It’s not just about truth, it’s also about the the right to truth. With so many things happening around us, such as all these recently augmented conspiracy theories, it’s clear algorithms really love our human emotions!

During this alienating period, where so many of us have been indoors, we have sought out only one specific narrative to get all of our information from. We have been starved of myth-making and world-making, since all of our news has only been coming from one source! Where did our gossip even go?

Right! Gossip, how important that is! The Big Tech control and Covid-19 go hand in hand in that sense. We actually have some chapters in the exhibition which show the visitors that this issue is not completely a topical thing. FAKE ME HARD has a very seductive nature, and we wanted to show that although you can now digitally connect with everyone online, it simultaneously imprisons us as well. There are many sides to it. The exhibition starts with a chapter called Meet the Algorithm, where we have exhibited this beautiful film from Pinar Yoldas, where The Kitty AI is completely governing our world! I see it as a form of inner violence, the way we are colonised (again) by artificial intelligence. Then, there’s also a film by designer Viviane Komati which shows us the monstrous inside of a warehouse like Amazon. Here, we also show another wonderful assignment by Rob Voerman, who created a full cinematography of the links between power and A.I. and algorithms. From there, you enter the next space, called Neon Gods. A wonderfully seductive play with games and videos about how we live, survive and get seduced into this this new world of instant gratification.

A new era where everything only lasts for six seconds!

Yes! But it’s also about the myths we tell each other. There are also positive sides that come to play though, like Pinar Demirdag’s work Derya Trilogy, in which a visionary A.I. tells us all about the collective consciousness and the positivity that we will become part of, which of course could become a truth as well. There are infinite possibilities! However, after this chapter, we enter the FAKE ME HARD space, where it everything becomes deeply political. Here, we realise that lying is not only of our time, having entered the ‘infocalypse’. Something similar had already been happening during the revolutionary period of book printing, something many women actually fell victim of because they were considered ‘witches’. This persecution was actually the first goal these new technologies had been used for! It’s so important to know this context, to know for whom you are lying. It will take a long time for algorithms and artificial intelligence to get there…

Exactly. Another major artwork by Atelier van Lieshout, called Diorama, has been tangled throughout the whole exhibition, showcasing the many faces of a sacrifice. Besides the violence and destruction it can entail, it also shows us the power of having love for each other. It’s really interesting to have this interwoven into the FAKE ME HARD exhibition, because history repeats itself! This is further contextualised by The Yes Man’s The Confusionist Movement and one of our key works by Joey Holder, the Adoredo: The Deep Relief Network installation, where we hear all kinds of voiced conspiracy theories — ranging from Trump and Putin to all these distinctive kinds of mythical figures — where each voice is telling it’s own truth. 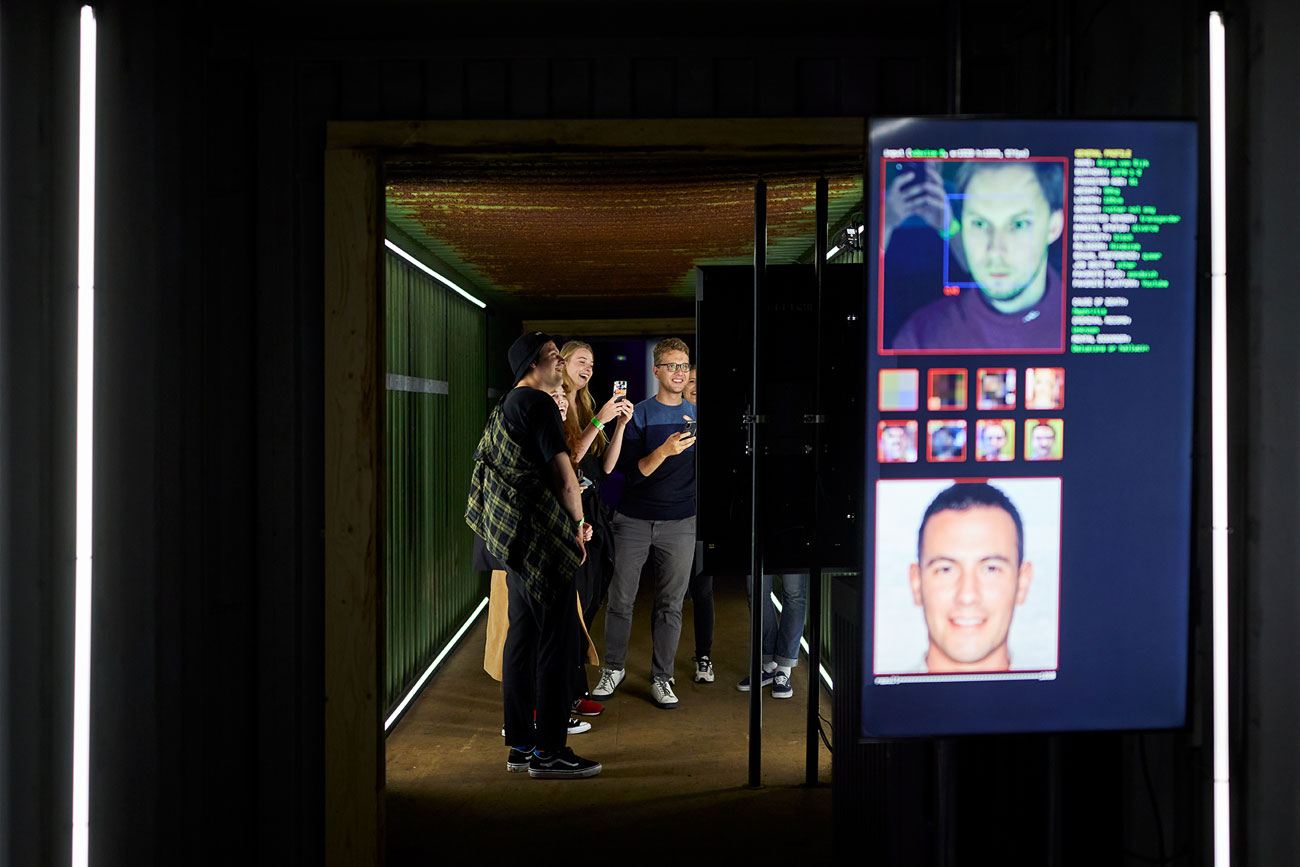 Introducing stigmatised knowledge is also an act of decolonizing knowledge in itself!

Absolutely! The next step is, how do we talk back as Team Human? This chapter starts with a big installation by J&B, which shows us the creative and physical force of people coming together. Showing off the many colours we have as Team Human, this work is a beautiful example of how important it is to make all these different colours come across Having curated FAKE ME HARD together with Kees de Groot, PLANETART‘s creative director for TEC ART and GOGBOT, it was really important for us not to frame this as ‘Team Human fights back’, because this is our first nature, this is our world! We have to collaborate and co-evolve, but not only by regulating these technologies and making people robot-proof. The main point is how we democratise technology and how we get everyone involved to talk back. In the end, this will be the only way for artificial intelligence to become aware of the human being.

Team Human is also the last chapter of the exhibition. Here, we have artist Mary Maggic’s work The Molecular Queering Agency, reflecting our general queerness and fluidity back to us, as the ways we are involved with the chemicals around us make us completely different people, even on a genetic level! We have to start embracing these different colours and understand that we are not the only ones in control, in fact, we have never been in control! In a sense, A.I. becoming a new player in this field has made us more aware of that.

When talking about post-truth or going beyond the natural, a need for an explosion of different kinds of knowledge is mandatory.

Exactly! Knowledge can only be experienced through lived experiences, and that’s something so precious to the human experience. A.I. thus challenges us to revalue what it is that makes us human.

With culture in general, a lot of people see the idea of integrating technology as something futuristic, when actually, we need to realise that it’s all already happening in the here and now!

Yes! I always ask people to read science fiction, not because it’s far away, but because it’s already happening here! I’m such an Octavia Butler fan, because her novels illustrate how we can look at our contemporary world with different eyes.

We like to think of ourselves as futuristic people that go beyond one linear path of thinking, but this narrative is very much build on hierarchies. That’s why it’s so important to do exhibitions and festivals like FAKE ME HARD, events that move away from this grand narrative of art whilst making up their own ones as well.

Both Kees and I often like to quote Alan Kaprow: “non-art is better art than art-art”. As a curator and artist myself, I love having other artists around me because I love art! However, I don’t love the art institution. There are many artists around us who share this sentiment. As artists, we are so sensitive to understanding what all of this is about. We have a certain precarity in our DNA, which we know how to weaponise. But then there’s also the people that have found themselves in between worlds and have been pushed of the cliff by violent systems… These are the people that are completely made invisible in this world, but this is where the creativity is at its highest, they need to survive! This creativity exists in between people and objects, instead of in a very individualistic way. I love it when artists also recognise this! We need them, because precarity is going to be the main human condition.

My impression of FAKE ME HARD is a massive group of people just dancing in the intersect!

Ha-ha, that’s it! It’s also going beyond identity politics in that sense, touching on this messy nature beyond the veil. The tour ends with a beautiful film by Liam Young called Planet City, which shows us a world in which we want to give something back to this planet we’ve been extracting and robbing from. The film shows a big city where we all cluster together, dancing in a non-scary yet precarious way, thinking to ourselves, we are just humans after all, dancing at the intersect!

FAKE ME HARD - Trailer from (IM)POSSIBLEBODIES festival on Vimeo.

Get your tickets here!

Check out the programme and get involved at fakemehard.nl