In conversation with Jeshi 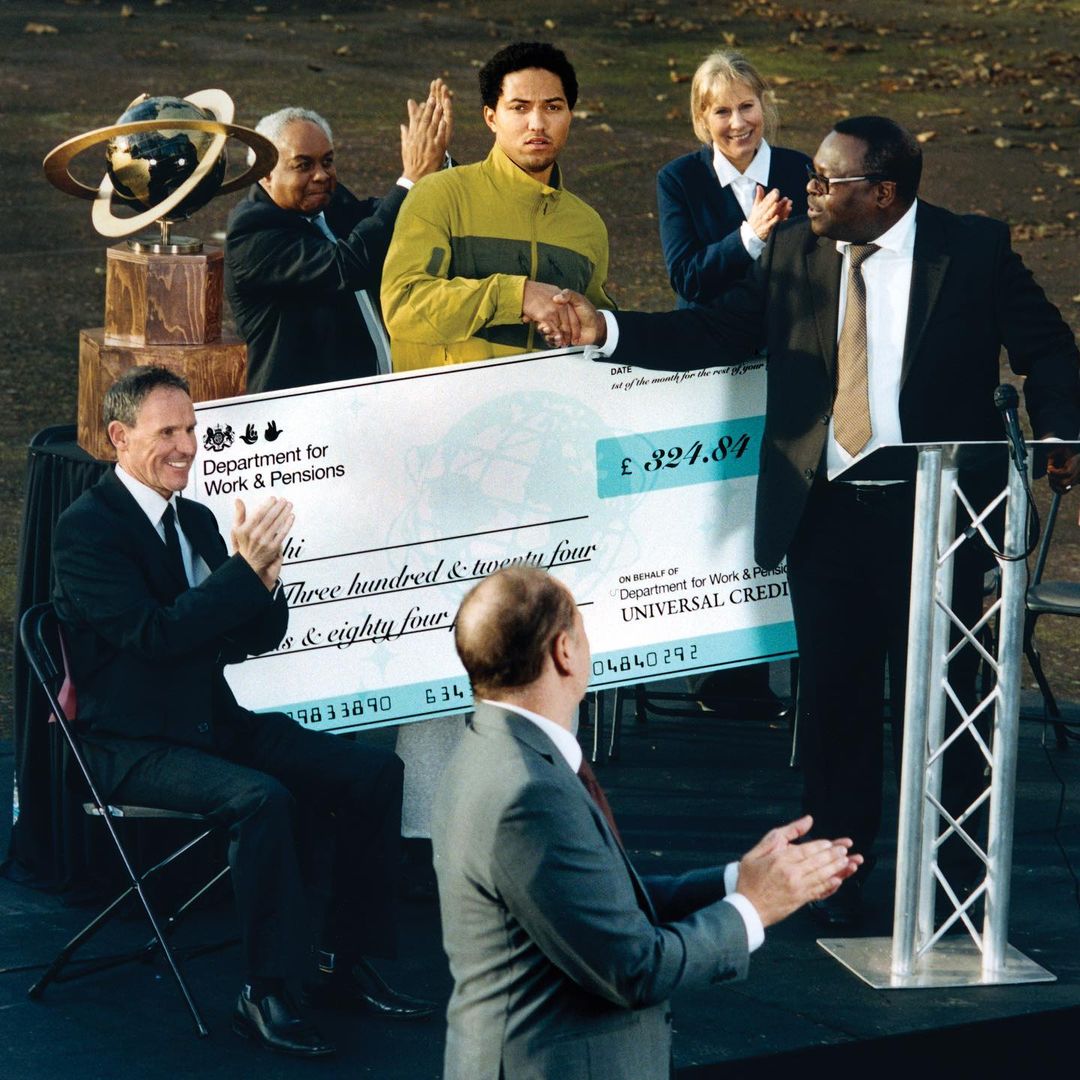 Rising out of London’s underground hip hop scene, Jeshi reincarnates the inherent spirit of what rap is – honest and unapologetic – under his refreshingly personal lens and melodic complexity. For his latest album, Universal Credit (poignantly named after a UK welfare benefits plan), Jeshi conjures an abrasive portrait of working class reality that connects with many. At the same, the rapper is not interested in being political – at least, not in the connotations the word carries. “Anything that is talking about real life is inherently political”, says Jeshi, and there is definitely a lot of real in his work. Powerful in his storytelling, Jeshi skips through his verses with piercing agility, laying them over heart-pounding rhythms and reimagined samples. As he is about to take the Boiler Room Festival stage, we caught up with the artist to talk about his latest project and what lies behind his process.

I’m good. Just running around, trying to not get a cold. It’s freezing.

Yeah, it’s awful here in Amsterdam too. Where are you?

London. I actually had a few shows recently in the Hague and Eindhoven.

Ah nice! When was the last time you performed in Amsterdam?

I’ve actually never performed in Amsterdam! Going to be my first time.

I think you’re going to like it. Let’s begin with your history with Boiler Room!

Well, obviously, Boiler Room are from London. It’s always been quite integrated, they’ve supported me on a few bits before. It must’ve been like 5 years ago, they would just do these really sick parties in their offices. All the people from there are super nice, I think they play an integral part in supporting upcoming artists and tapping into scenes that don’t get much spotlight from other places most of the time.

For sure. It’s a proper institution now.

It’s also amazing to see how much they’ve grown in the last few years.

This year’s line-up is definitely a testament to that.

You’ve been described as an alternative rap artist. How do you feel about that label?

I don’t really connect with that. I think it’s just a lazy title that gets attached to any rapper that doesn’t necessarily fits the status quo. If your subject matter isn’t in the realm of talking about sex or killing people and shit, people say it’s alternative. It’s not even about the music or how it sounds. If Central Cee made a song that sounded like mine, it wouldn’t be labelled as alternative. I think, at the end of the day, I don’t hate it, sometimes people need labels to understand. I guess it fits because it is rap, and it is alternative in a sense that it doesn’t follow the norms of the mainstream. I get where this label comes from.

It kind of gave me the same sentiment as the word ‘urban’. People put rap under the same header. You’re right, it’s lazy.

I think people just need these labels to understand and summarise things in their minds. I’m always quite against it, I think people should be free-flowing and just be what they are. But if you start obsessing over these things as an artist, it’s easy to get lost. There will always be comparisons and labels, people just want to put things in a box for their own sanity.

At the end of the day, something is going to be on the press release anyway, ha-ha.

Exactly. But who even cares, if you like the music, then you like it, doesn’t matter what you label it as.

It’s either you enjoy it, or you don’t. Within this vein, your music is inherently political. How is that reflected in your approach to creating a body of work like Universal Credit?

I wasn’t creating it with anything political in mind. I was just talking about my life then, what I was surrounded by, what was on my brain. I think it’s funny because I’ve been fighting against it being perceived as political for a long time, but I think if you look at the word, anything that’s talking about real life is already political.

I think it’s necessary that we remove the connotations of ‘political’ being something that has to come from politicians’ mouths.

Exactly. I create more from a perspective of assessing and addressing what’s going on in my life, but by default its connected to anyone who’s going through a similar thing. Being political wasn’t my master plan but I can understand how it flowed naturally. I was just trying to vent and get across how I was feeling at the time, and people connected.

That’s how any form of art goes, though. You might have an intention in mind, but the audience will connect to it in a completely different way you can’t control.

Yeah, you should learn to accept it, not fight against it. You can do whatever you want when you’re making music, but once it’s out it’s not yours to decide what it is and what it isn’t anymore. I think it’s the beautiful thing about it.

Yeah, and it’s the same with it being seen alternative or politically focused. People are going to define it for themselves and it’s liberating to let go of the control a bit.

If I fought against everything that wasn’t my intention, I don’t think I’d have any time to make music. I’d just be debating people on the internet all day, haha.

Which is not what you’re here to do! How would you describe your musical community?

I think it’s just friends. I’m not around my musical community just because they make music. These are people I have genuine relationships with. A lot of the time in music, people can be fake, they hang around to get something out of you. It’s not something that interests me. I want to make music with people who I actually like, with people I’d go to the pub with, you know?

I think it’s the same in all creative industries. It’s hard to navigate that.

I want to be around people who are actually nice, to have meaningful relationships, to do something goof in the world. I think sometimes we trade that for things that are way more superficial.

And it’s totally not worth it. Who is or has been your dream collaboration, perhaps within that community or outside?

I love British female singers and songwriters. I’d love to do a collaboration with Amy Winehouse or the girl from Portishead. That tone and the Englishness of it is something I very much connect to. I love the whole trip hop wave, but I don’t even know if I’d want to make music in that style. But I would definitely love to link.

You just want to listen and admire.

Yeah, just want to go to the pub and listen to that Bristolian accent.

I’m very much looking forward to what you’re going to bring to Boiler Room! Can you give us three words or a sentence of what we can expect? Don’t want to ask to reveal too much…

That’s great. I think I’ve got my title.

Gave it to you on a silver platter.

I also saw you’ll be releasing a video this Friday.

I’ve been working on a new version of my album and there is one song I’m really excited about. It should have been on the old one, but the sample didn’t get cleared. The video comes out Friday, and it might be my favourite song I’ve ever put out.

Why is it you favourite?

It just came to me so organically. I was just chilling with a mate and showed him this Gabriels song that I love. He was just like, we gotta do something with it. We flipped the sample, recorded on it. I have a picture of us in the studio – me, Fred, Jonah, tevn, Kelvin Crash – and we all just look like the avengers, everyone just so concentrated on their laptops. It was so fun and impulsive, it was done in like half an hour. For the video, we went up to this town around Manchester, just walking around, filming in a lot of phone boxes. It’s a really simple idea, but I want to perfect it visually. It was nice to go up North, speak to some northerners – they’re definitely better than the southerners.

You’re speaking to the right person. Phone boxes in Manchester, that must’ve been a stinky day.

Time for a speed round! What’s your favourite hype song?

System of a down – the prison song.

Favourite chill song? To relax after a set?

Pink Floyd – Wish You Were Here

To be on the cover of Men’s Fitness magazine 😉 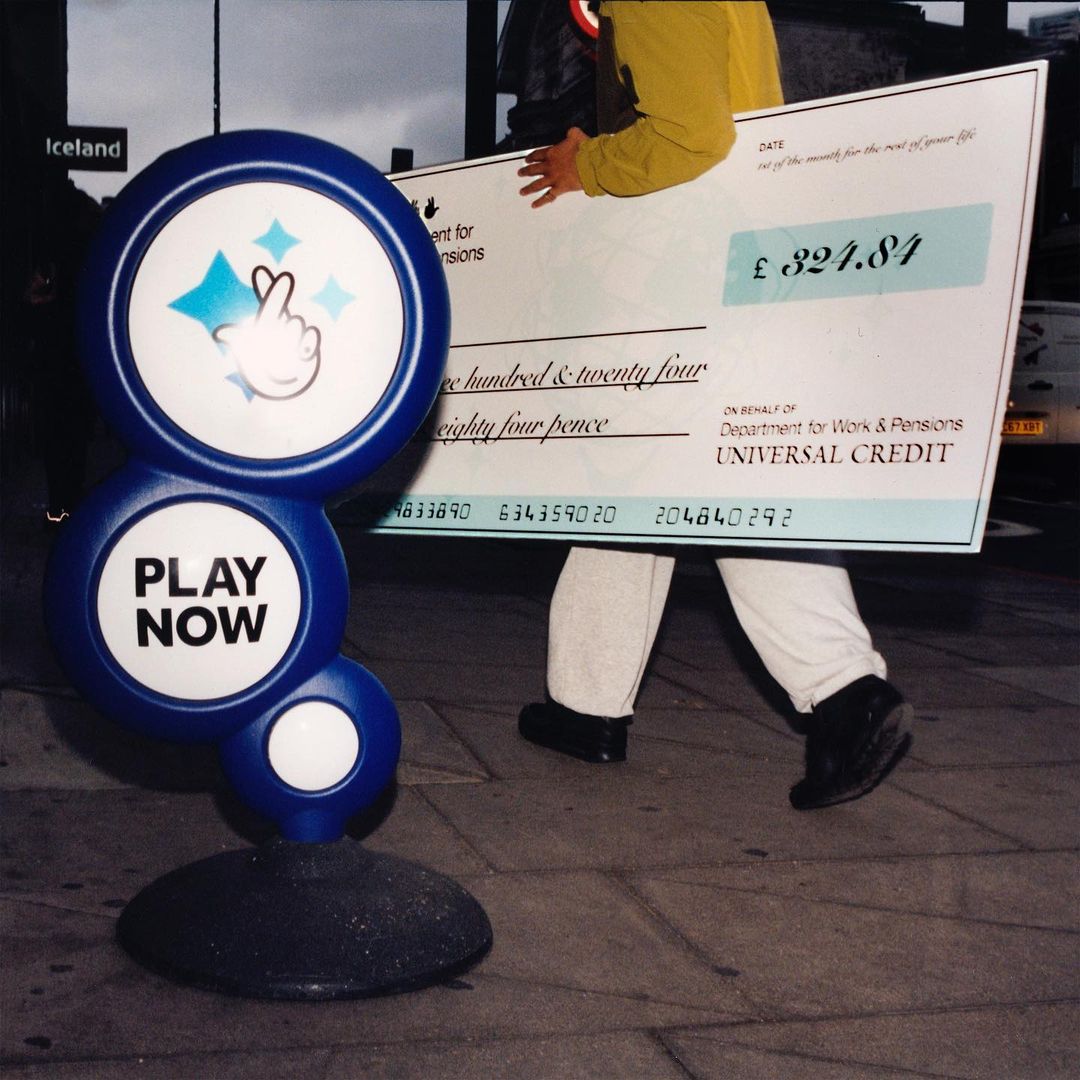