In conversation with Kelela

“There’s a place for everyone—let me remind you.” 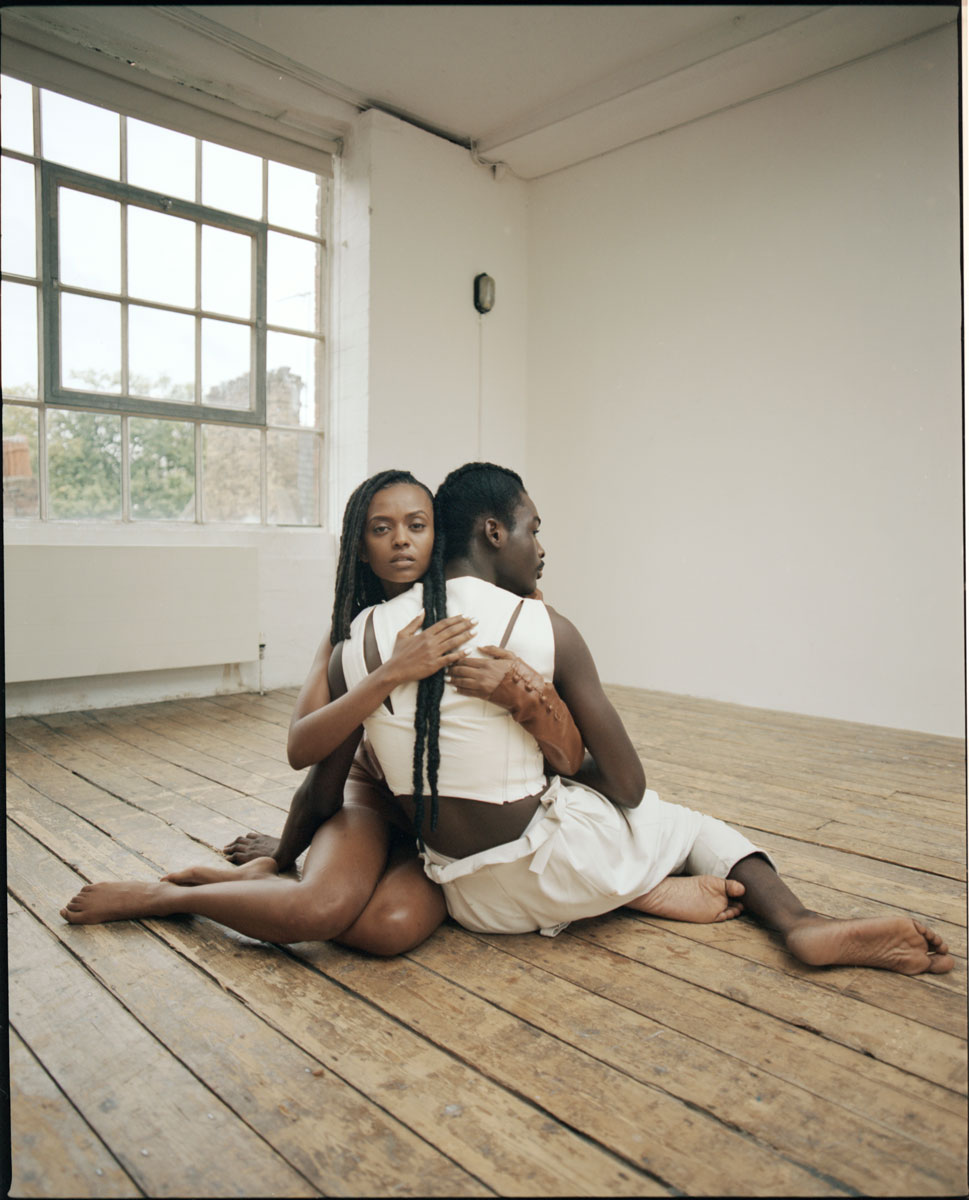 The story of KELELA’s art is in many ways a story that begins where it ends. In a literal sense, Glamcult’s cover star created both her debut album, Take Me Apart, and the preceding Hallucinogen EP around the story of a romantic relationship, told in reverse. But even beyond this, the origins of Kelela’s music lie where other music often ends. It’s at an intersection of vulnerability and comfort that her layers of sound are both dismantled and assembled. To honour her reverse story-telling, this interview will mimic her strategy—starting with the influence of Kelela’s debut studio album, tracing it back to its creation and ending with the birth of her career.

“When my peers and I, especially my black women artist peers, get together and figure shit out together. When we talk about our experiences as visible black women—as black women in the world. It helps me survive on the daily. It is the family I have right now. It is those group chats. It is when we see each other at the festivals. It is those moments that give me absolute life. It is the thing that helps me feel confident to create the music that I make.” Recently, Kelela published a piece on Resident Advisor in which she shares her experience as a visible black woman in the music industry. In it, she offers much-needed insight into the exploitative practices of big brands’ collaborations with artists of colour. Distinguishing between inclusivity and tokenization, she analyses the dilemmas black women artists like herself face. 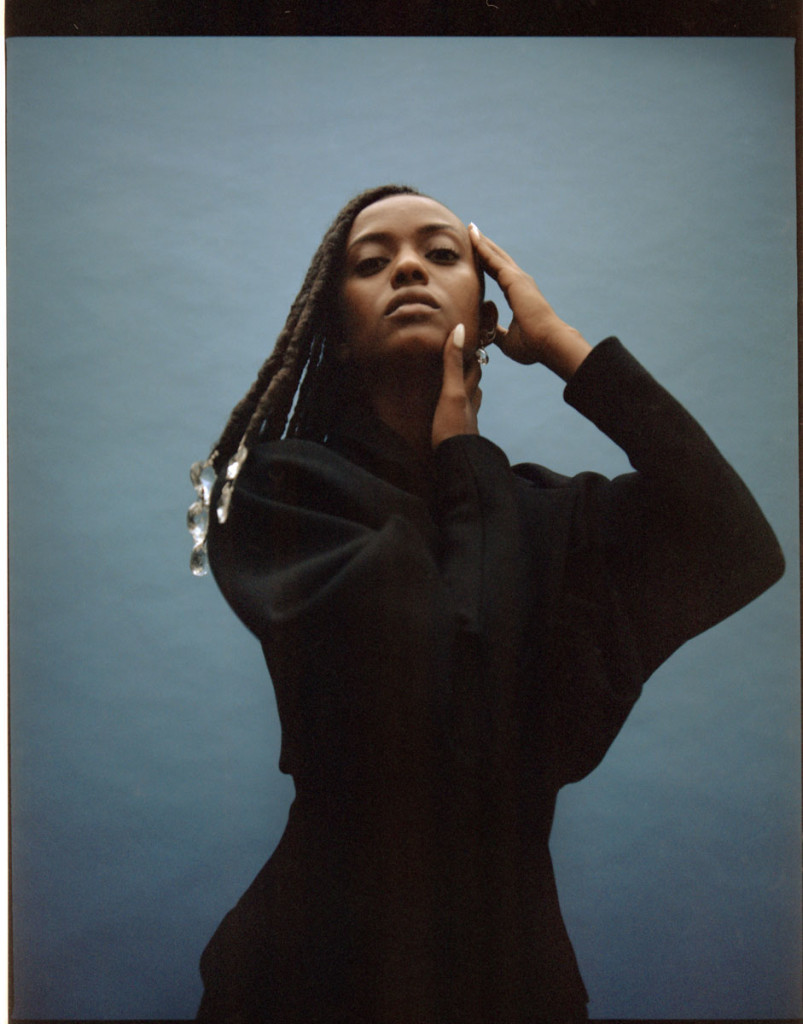 Like many other industries, music is a business that doesn’t often allow queer black women to control their own narrative. Kelley Mizanekristos is, above anything else, doing just that. Her soft and solicitous ways of speaking about vulnerability, romantic relationships and love position her in both a conscious and radical context. Her debut studio album, Take Me Apart, openly and honestly (un)covers personal experiences with love in all its guises—from booty calls to breakups, sensuality to conflict. Navigating the music business from that position, Kelela finds much support in her direct community. “First and foremost, we ask each other, ‘Is that shit fucked up or is that just me?’ It’s so relieving to hear the experiences of my black female peers. Just hearing them say, ‘Yeah, that shit is crazy and it’s not normal,’ and being affirmed in that way is essential.”

At the listening parties she hosted in New York and LA, you could see Kelela and her friends buzzing about her work. Sitting among her peers and loved ones in a beautiful white two-piece with clear beads at the bottom of her dreads, sharing wine and weed, she seems in her element. These are the first people to share and commune with over her music. Supported by Solange’s platform Saint Heron, among others, Kelela finds her inspiration and community in artists such as DJ and producer Lafwandah, singer and cellist Kelsey Lu and painter Janiva Ellis. “I think that my disposition just comes from who I am. And I think this got together before I met these particular black women. But what I will say is, it allows me to move through the world in a confident way. It allows me to back my work confidently and to make sure that I’m capitalizing on my output properly while also doing the things that will make it better for other young black women who are trying to do the same thing. This is basically all we talk about. This is how we survive. How we thrive. How we feel better. How we can move through.” 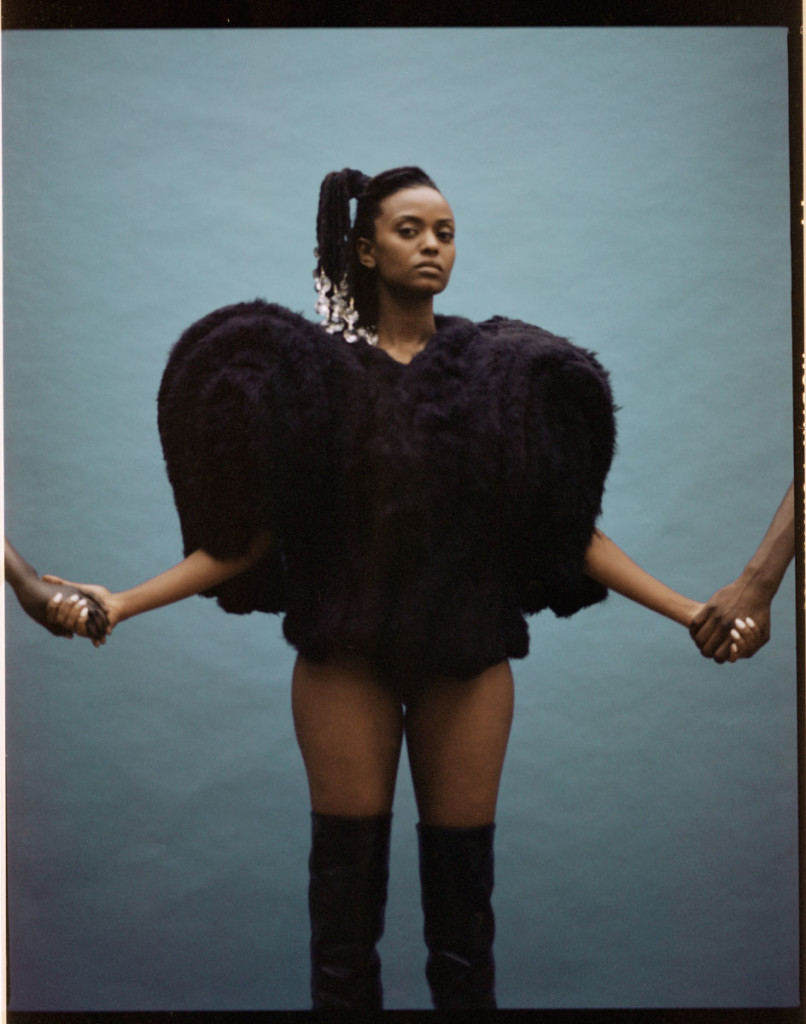 Writing from and for her community, there are many influences and layers to Kelela’s sound. Most of us know the artist from her Cut 4 Me mixtape, a classic collaboration with the producers of Night Slugs and Fade to Mind. The two labels are known for an electronic sound that draws influences from genres as diverse as punk, vogue, grime, zouk, dancehall and R&B, while creating a distinct sound that is very different from any of those influences. Kelela’s progression from the mixtape to her album is increasingly showing the complexity of the layers of such a sound—creating a sonic palette that speaks to fans from many different backgrounds. “I designed the album so everyone has something to lash on to, but at the same time everyone has something that will challenge them as a listener. So, if you’re an electronic music head, you’ll probably be listening to R&B vocals and think that approach to harmony and singing can sometimes feel like a stretch. For people who’re listening for vocals, they’ll encounter soundscapes and sonics that will challenge them.”

Four years have passed between the release of Kelela’s mixtape and her album, so it seems that such synthesis takes time. But it turns out that it wasn’t so much that synthesis itself but a wide array of equally interesting opportunities that were in need of Kelela’s time. “Part of the reason why the album took so long is because I have four different versions of every track. I come from a culture of editing and re-editing so I can think of three different ways that each track could be presented, which are all so beautiful to me. Just beautiful in different ways.” Some of these remixes can be heard on Dub Me Apart, a collaboration with DJ and producer Bok Bok. Meanwhile, we’ve also seen Kelela on the front rows of fashion shows from Calvin Klein to Telfar, turning heads at New York Fashion Week in Kenzo and shining on the catwalk herself at Eckhaus Latta.

There were other things holding up Take Me Apart too. Writing, in Kelela’s own words, is “exciting and it’s discouraging and it’s exciting again then it’s discouraging and you deal with it about 20 times and then you have an album. There were moments when everything came together but in between those moments there were a lot of discouraging ones.” Much like with any aspect of her art, Kelela does not create a false sense of ease or effortlessness with the process of things, instead allowing the struggles and fights to be in plain sight and consciously discussing how she engages with them. For instance, the actual first question of this interview regarded the production of the album. Unlike in most press releases, the producers of Take Me Apart were not mentioned in any of the PR. Nor did the label respond when I asked them who produced it. “I asked my label not to reveal the producers of the album if that’s the first question. Usually in electronic music that’s the first question and when you’re a woman that can take away agency. Before you get to say that you designed this thing, somebody is pointing to the people who produced, and usually that’s men. That being said, most of the production is by Jam City and Arca. I also worked with Bok Bok, Kingdom and Terror Danjah, among others.” Kelela talks about the creation of her debut with an inspiring deliberateness. It allows the author to take centre stage, preventing her from ending up at the periphery of a story that should be all about her.

Following a love story told in reverse, Take Me Apart begins with the end of a relationship in Frontline, appropriately used in the latest season of the HBO series Insecure. It then traces the process of leaving through a few songs, moves into the feelings of a new love interest, a booty call turned into sound on S.O.S., “the moment when you just say ‘fuck it’ and are on your way to their house” on Blue Light, conflict on Onanon, and the possibilities of unconditional love on Bluff. Kelela found a surprisingly stable balance that allows the power of radical vulnerability to flow to the forefront. This doesn’t just characterize her music; it also characterizes the way she talks about her music.

Writing from her own experiences, Kelela has often opened up about deeply personal stories in interviews. Her calm and peaceful vibe creates a special opening into all sides of these stories, both the beautiful and the ugly. There’s a level of comfort to these expressions that is rare and soothing, sometimes flustering in its realness but always coming back to a firm grounding in honesty. It’s an approach she’s not about to leave behind now that she’s gained more visibility and fame. “I feel like I have to do it more, because I have a larger platform, so it makes me want to go really hard and express the things that are maybe scary to say. Just to be more courageous.” It is indeed exactly that courage—the ability to look fear and doubt right in the eye, recognize it, process and understand it—which eventually allows anyone to really find power and comfort in vulnerability. But such a process does not come easy. “Lately I’ve been thinking a lot about how my parents must have loved me so strong to make me feel like I can be so vulnerable in the world like this. I feel quite comfortable sharing my confusion or fear.”

Likewise, the confusion and fear of starting a musical career—moving through different scenes and finding a space to make her own—are topics she opens up about candidly. Kelela’s success is often traced back to her mixtape, but this wasn’t where her musical ambitions began. She jokes: “I had a few different scenes that I was part of and that I was interested in being a part of. More of the latter, actually…” From the jazz scene to neo-soul to electro-R&B, Kelela wrote her first songs in a punk house in DC. But it never felt completely right. “I put these songs together and thought about releasing them on Soundcloud. I put it up for a day and then I took it down. Because I knew it wasn’t the thing; I knew I had to come out with something strong. Then I moved to LA and I met Teengirl Fantasy through my friend Leo. And then I met Total Freedom through them, and then Total Freedom introduced me to Fade to Mind and Night Slugs…”

The roots of Kelela’s musical journey may have budded far before that initial meeting, and the road to finding a personal sound that’s right where it needs to be is anything but easy. It has bumps. It can be hard to find the right place in the world, in the industry, in a context that doesn’t prioritize the stories, experiences and creations of black women. But, as Kelela affirms on the final song of Take Me Apart, “There’s a place for everyone—let me remind you.”