In conversation with King Krule

“There’s a love in me to kill good things.” 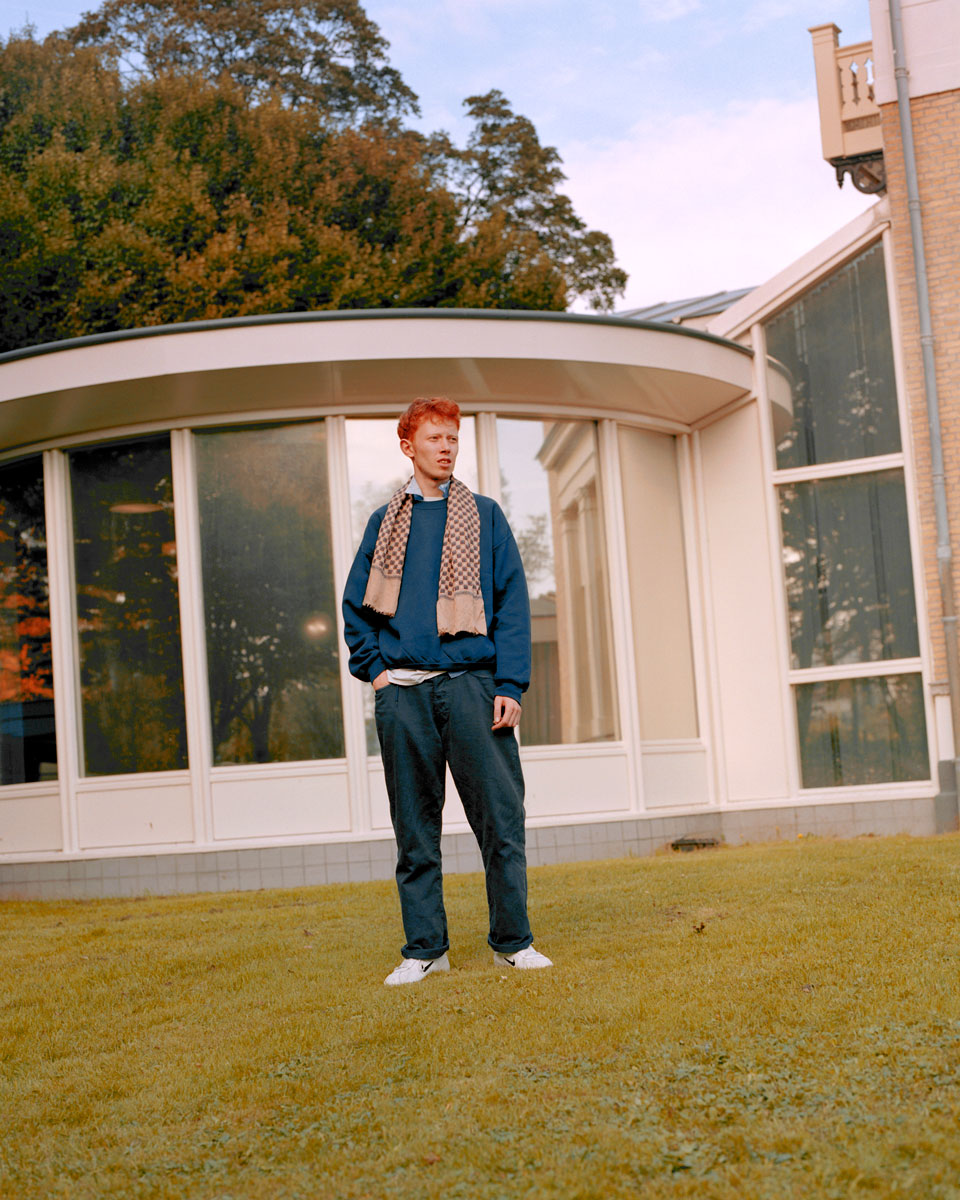 I didn’t quite know what to expect of an interview with King Krule, aka Archy Marshall. Watching YouTube clips of him talking about his previous album was not reassuring. Would the awkwardness be gone? And, five years later, would a more grown-up guy—a chattier guy, hopefully—have emerged? When I enter our meeting spot, I couldn’t feel luckier. The red-haired prince of indie just sits there, waiting for me in a room with coral walls and red chairs. He seems to be in a relaxed mood, dressed in blue, hiding his pale skin behind a pair of broken sunglasses. “Can I take a picture of you?” he asks. “The coral is something really connected to you.” My cheeks turn coral as well.

Before you made The OOZ, you were suffering from writer’s block. How did you manage to start writing again?

I was always creating during that time, but not necessarily enjoying what I was creating. But I’ve always been aware that it wasn’t going to last. And so it went: all of a sudden it just clicked again, because of exploration, because of my environment and the people I met. And there was this girl, she was living with me and our relationship was pretty innocent. She inspired me a lot as well.

I hear heartbreak on the album too.

To an extent… It’s about abandonment, but me abandoning people more than anything else. It’s my self-destruction—which I love, by the way. There’s a love in me to kill good things.

It’s been five years since your debut album as King Krule. How has time changed you?

I’m more conscious about experiment. On this record, I wanted to dry out my vocals while being as soft as I could, in some of the songs. I gave myself rules and put myself on a strict musical regime, guitar-wise as well as when it comes to producing and working on laptops and electronic equipment. I focused on that, and I could only benefit. 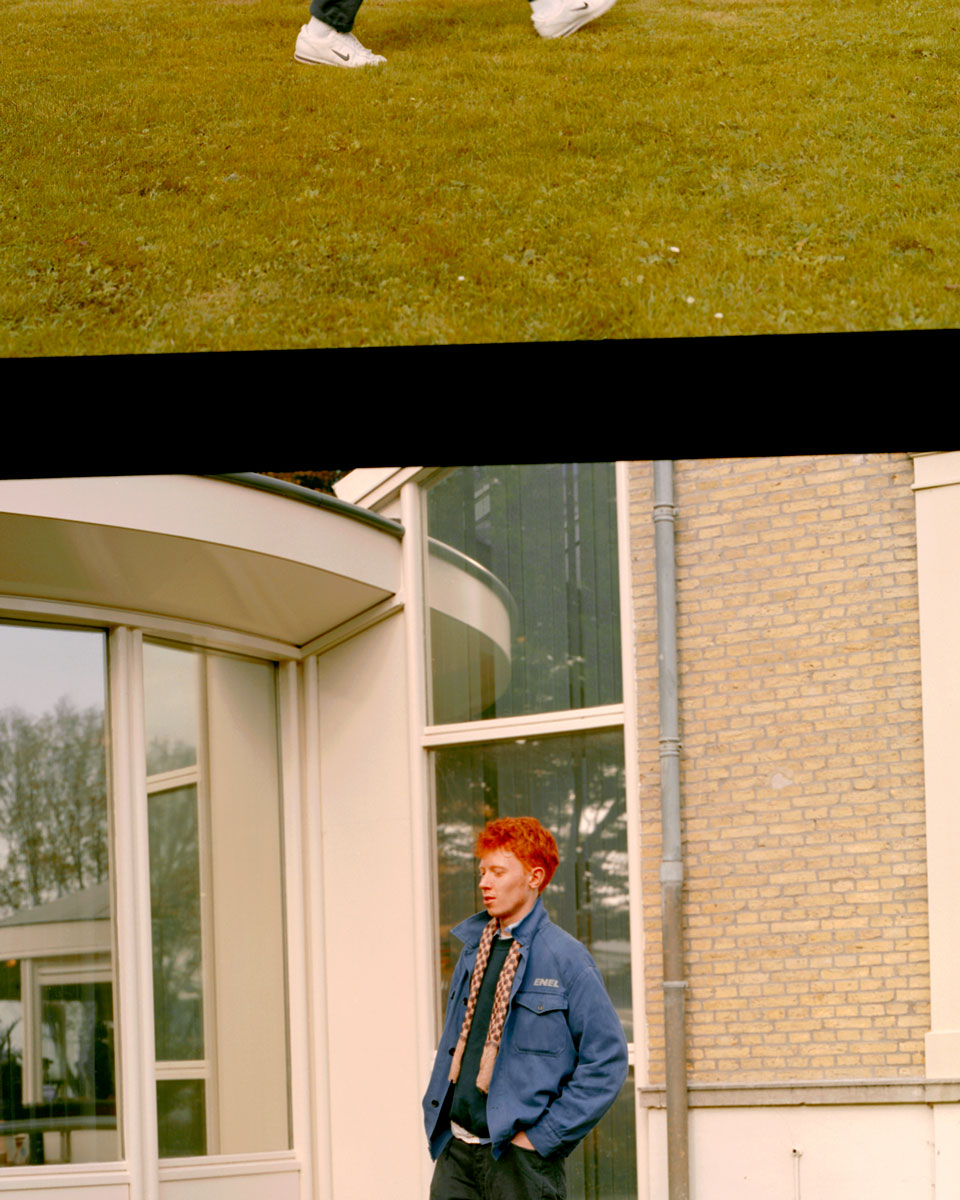 The OOZ sounds angrier than 6 Feet Beneath the Moon.

I actually don’t know. I write from a personal experience and I don’t comprehend too many of the emotions, they’re just emotions. I realize that this project and the name King Krule are meant for my exploration of darkness and melodrama. But I can’t comprehend it as being dark, because I feel like the end of 6 Feet Beneath the Moon is some of the darkest stuff I’ve written.

How important is King Krule to Archy Marshall?

It’s the project I put the most energy in. It’s the one I love the most and I see as the most important for myself. It’s the spearhead. All the other projects come from an honest place as well, but they’re just experimentations—at least musically. Lyrically, I always write equally emotional.

How do other art forms influence you?

Cinema is a great passion of mine. The marriage between audio and visual is my favourite stimulant, because it takes up two of my senses. When I listen to music, I try to evoke something similar by closing my eyes or looking at something beautiful. When I create music, I think of vision as well. The concept of escapism in cinema, being able to sit down and concentrate on something that carries you away from all other things, that’s how I like to construct my albums.

I like Martin Scorsese’s early work, the social realism in that. Films like After Hours, with its dark humour, or Mean Streets, a very luxurious movie with an apparent marriage between audio and visual. People like David Lynch and Jim Jarmusch were very influential to me when I was growing up. Jarmusch’s colouring, use of actors, his unconventional kind of storytelling and the surrealist imagery of David Lynch were the main things I took away from their work. There’s always Stanley Kubrick, of course. But my favourite genre is horror; I love the idea of stimulating fear.

As in, cutting off arms and legs? Or is it the scary part that does it for you?

I don’t have time for gore, unless it’s Tarantino or happening in a realist sense. But generally, it’s more about the psychological part for me. For a long time, The Blair Witch Project was my favourite film, because of its simplicity and the fact that you don’t get to see what you and the characters in the movie are scared of. There are only traces. But as I said, I love all cinema. I have a private film club in London, by the way, where we screen everything from Salaam Bombay! to El Topo and A Room for Romeo Brass. 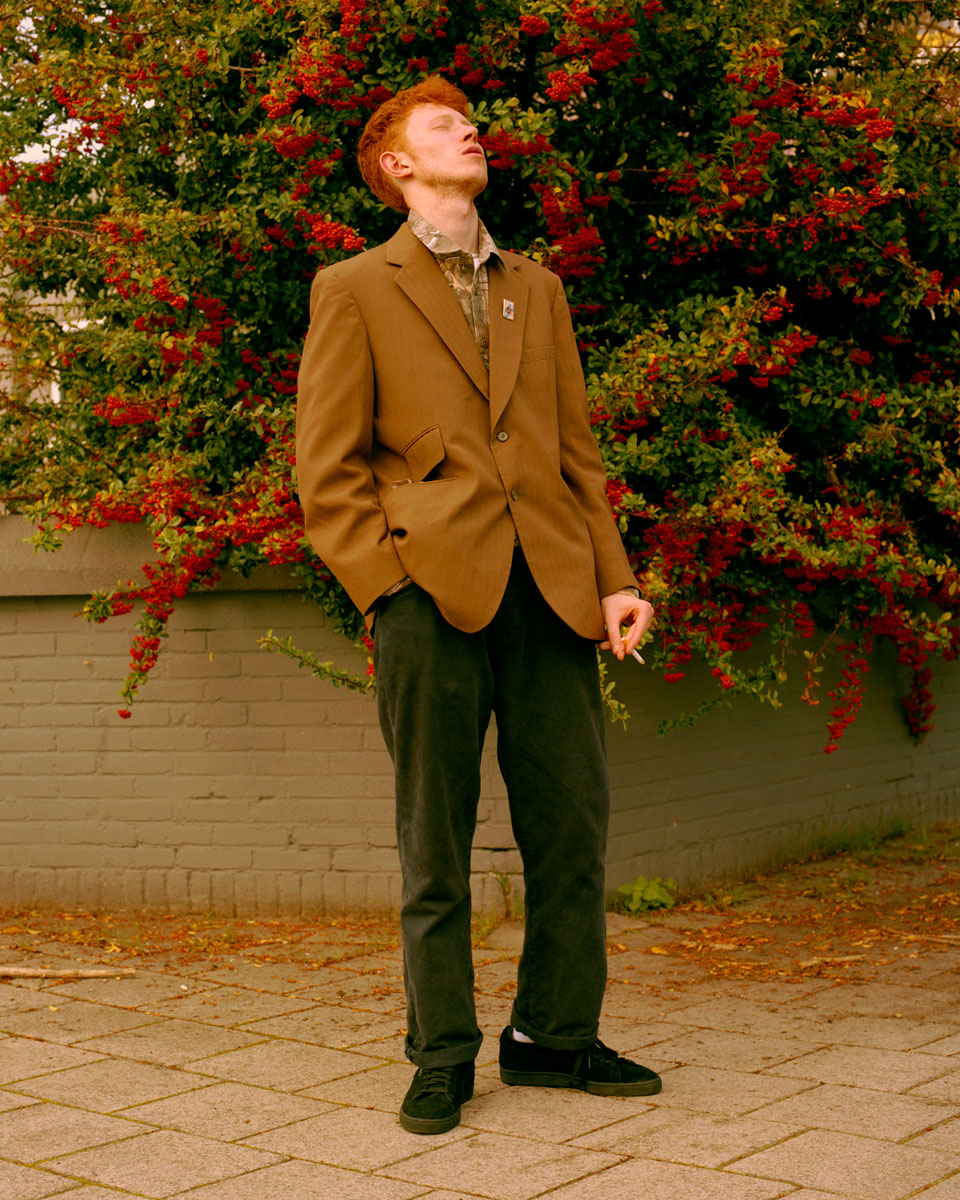 What about TV series?

I love watching the cartoon Rick and Morty. Another one I got really into is It’s Always Sunny in Philadelphia—that was funny! [takes a break, reminisces and starts to laugh]. The soundtrack even features briefly on the album. Another one I refer to is The Sopranos, at the start of Czech One.

Your lyrics are quite poetic.

I think I pride myself in my lyrics. The character you create with what you sing is something I’ve always been aware of.

What’s your opinion, then, on the meaning(lessness) of today’s popular music?

I understand where it comes from, but it’s just dangerous. The amount of coverage it gets and the repetition that happens on the radio is just mind control. I’m not into conspiracy… [hesitates] or maybe I am a conspiracy theorist, but there’s something deeper going on and there’s so much money put into it. I’m not saying popular music can’t be brilliant—look at Kendrick Lamar or Frank Ocean, their music is outstanding. It just takes a certain type of genius to really get out there like that and not tell bullshit. For example, I live next door to a family with three young kids. All the time I hear them through the wall, singing songs about sex. It’s a bit grotesque if you look at it, you’re selling sex to infants. That’s my problem: it’s bad for the kids, man [laughs]. 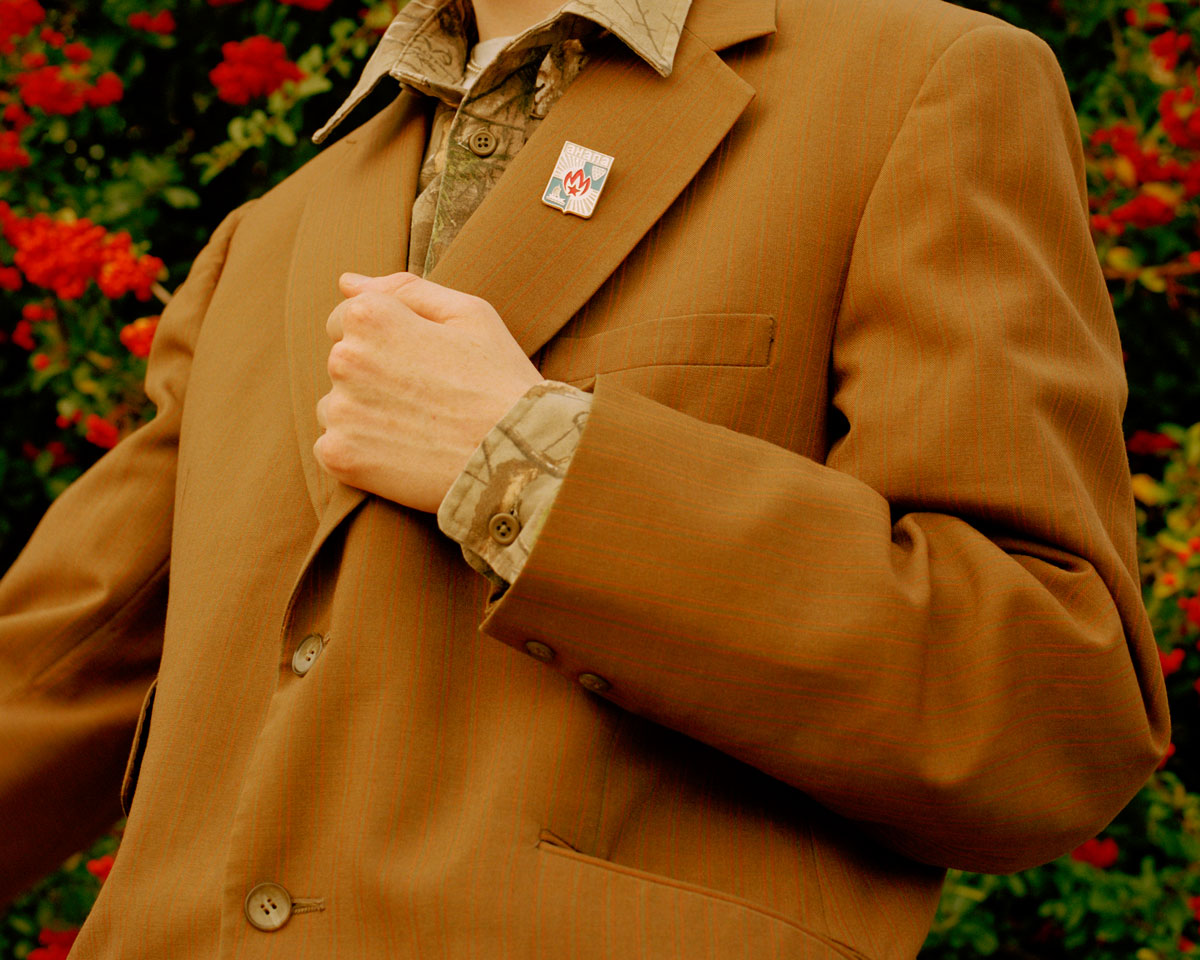 How do you look at your role as a musician in society?

I write very self-indulgently and about my emotions and experiences.

But a lot of people can recognize themselves in your music.

Exactly. We live in an individualist society, where everyone looks inside themselves before they look out. I think that’s why I’ve connected people the way I have. I’m not going to boast, but I think that’s important. When I was growing up, there were no musicians doing that. And suddenly people like Earl Sweatshirt or myself came up, using mature lyrics and discussing more than just the bravado of being a teenager and trying to get around in the city. So, I see my role as important in society—whereas I’m still developing. In my music I’m self-indulgent and honest about how I’m feeling, and people respond to that. It empowers them.

What’s your interest in poetry?

The interesting thing about poetry is the following. When I was younger and I was in school analysing poets, the teachers would say: “What do you guys think this poem is about?” And when you answered they said: “That’s incorrect, it’s actually about this.” I had a problem with that, because the thing about poetry is that you can interpret it: either if it’s romantic, metaphorical or symbolic. Obviously, there’s meaning in everything, but no one will ever know for sure what the poet was writing about. Later, I got obsessed with the work of Anne Sexton, a very dark poet who says everything to the point. W.H. Auden is a great storyteller and he was very politically aware of his time. There’s a triptych he’s written, with one of the characters in it named Victor. This Victor influenced songs in 6 Feet Beneath The Moon. E.E. Cummings is someone I also have lots of respect for, poetry-wise. Well, the list is endless. A lot of singers and lyricists are brilliant poets as well, of course. Ian Curtis died way too young.