IN CONVERSATION WITH LA FAM

Anna and Renze van Jaarsveld are the newest – and hottest – must-know names in the game. 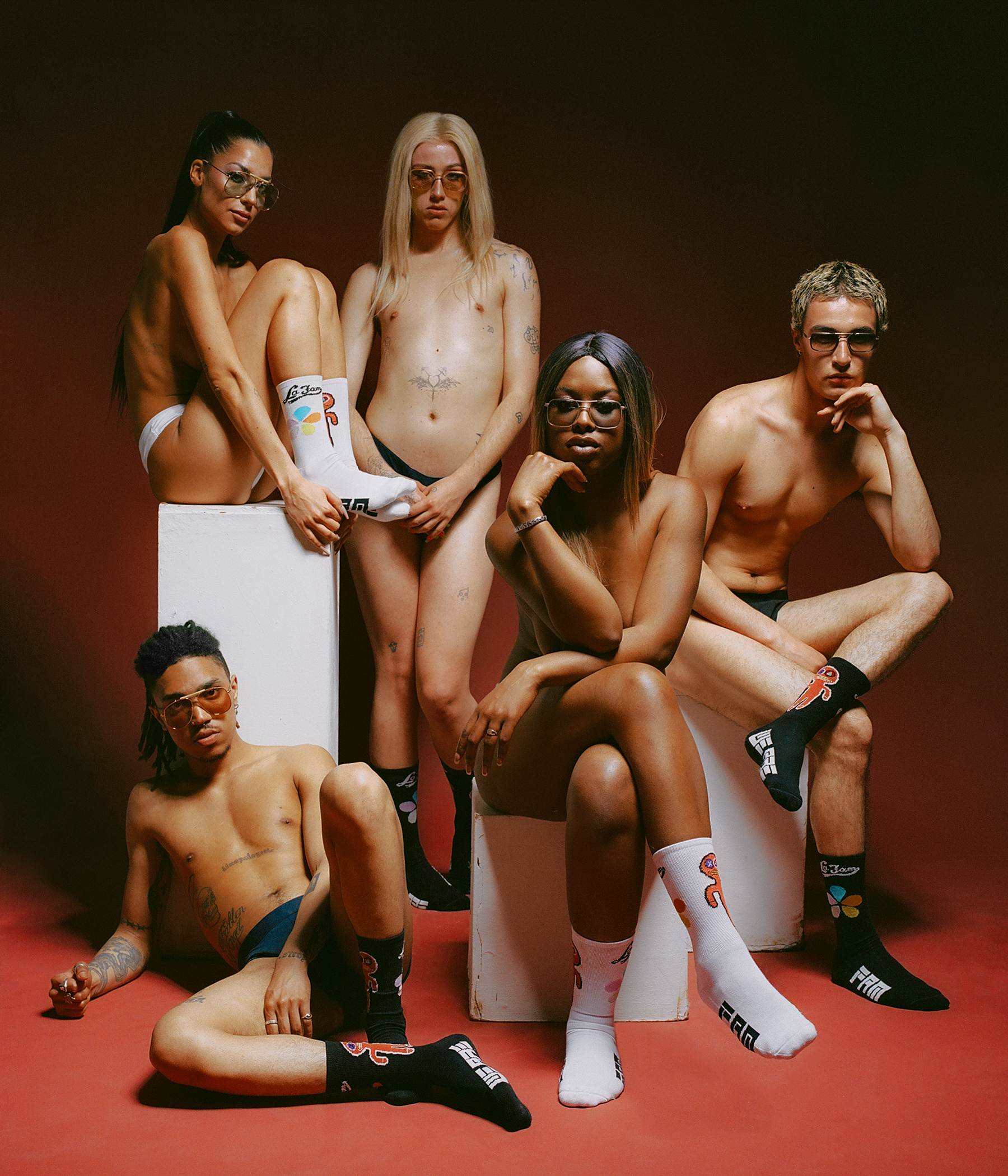 Anna and Renze van Jaarsveld, the mastermind sibling duo behind the Amsterdam streetwear brand La Fam, are the newest – and hottest – must-know names in the game. The inclusive, community-centred brand has family at its core – quite literally La Fam is short for ‘La Familia’ – and is focused on creating inclusive and safe spaces for everyone to find their chosen family. But their vision doesn’t stop at the Dutch border, the pair are working on expanding and connecting artistic communities across Europe – and eventually the world. With a long-held love for streetwear, the two are making their mark in the industry with items like their iconic La Fam bombers and Rico character. Having just had a pop-up in Paris and an all day – and night 😉 – event that will go down in Amsterdam history, La Fam has already claimed 2022 as their year. We got the chance to speak to this electric duo to dive deep into their inspiring journey.

How are you guys today?
Anna: Good we’ve got a lot of projects going on…Okay. A little bit stressed. Because Corona’s over so we have a lot of things planned for this coming season. It’s all going quite good and we’re finally getting the recognition we’ve fought for over the last few years.

Renze: It’s just a big hustle to have a clothing brand. And during the first two years, we were just in the learning process. Bur during corona, we grew a lot and got our shit together.

So you guys have been around for four years. Can you just walk me through the journey of how we got to today
Anna: Before I went to AMFI, we went to a posh high school where creativity was just not a thing. Then I did a  sewing course for two years because I just want to make clothing. I was so excited about AMFI and I expected it to be chill with a lot of creative freedom, but it ended up being super strict. And don’t like that, I don’t like working in lines whatsoever. So I was like, okay, maybe we can already make our brand…We first started to get a little popular early on with our shirts and suits. It was really difficult though and we would work until like four in the morning every day. Then Corona came and then we were like, okay, we just have to give him one more chance and then actually went quite good. Before we did every job you have in a clothing brand together. It was not organized at all. And then we also were like, ‘okay, we have to split it up because it’s not working like this.’ And when we split it up, it was so much better. I had to focus on more creative production and photoshoots, and my brother, who alongside his creative tasks,  works on strategy and new ideas for content.

Renze: I think we also had the issue that we focused too much on the Dutch scene. We reached our limits with that easily. Then we decided, ‘okay, let’s try this out in like other countries.’ And I think now we’re aiming for the whole of Europe. We want to connect all of Europe, like all the creative cities, like Berlin, Paris, London, Helsinki, Madrid, and so on. Even trying to connect with Japan and America, but we’re more focused on Europe for now

Anna: We just got a lot of sales in France and UK. Many people think we are from France haha.

Renze: Our DMS are like 50% in French. Everybody’s talking French or German to us.

That’s really funny. I actually found the brand when I was in Antwerp. Not here in Amsterdam haha. So you [Renze] did the initial kind of designs for the logo, how did the iconic logo come about?
Renze: The original logo was actually like two hands but we never did anything with it. You can’t find that one anywhere haha. I made the logo that we have cause I just wanted some text. And that’s when I came up with like La Fam.

Anna: But also in the first two years, we had like 20 logos because we like really didn’t know.

Renze: Yeah. We want to try everything. And I think it’s nice that we did that at that time.

You guys probably get this question all the time, but what’s it like working with a sibling?
Anna & Renze: hahahaha.

Anna: So good right now, but like the first two years were really hard. We would get into arguments and end up taking things way more personally than was.

When I found out that it was if you guys need are siblings and you guys own the brand, I was just like, I could never with my sister.
Renze: Yeah I hear that a lot hahah. 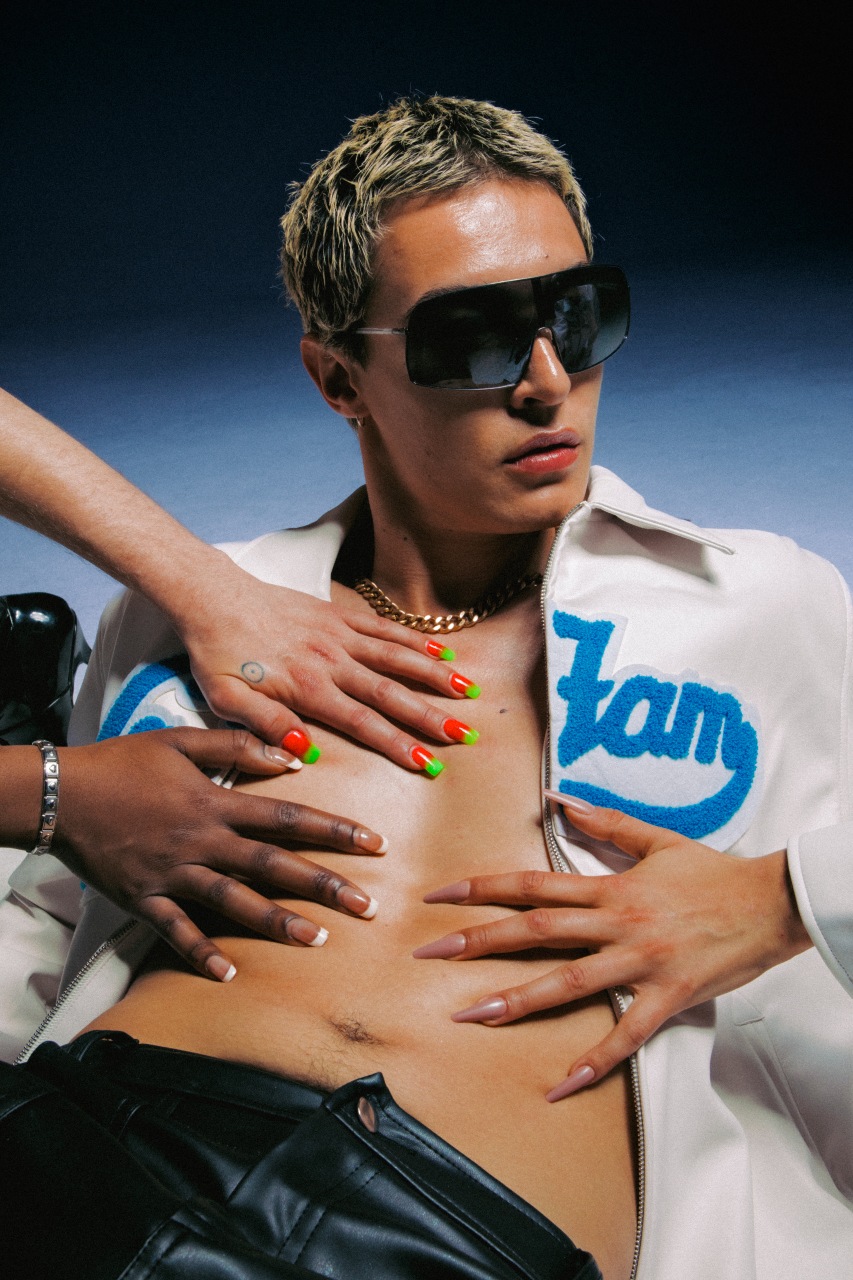 Let’s talk about your blog, how did it start? How’s it going? How are you hoping to develop it?
Renze: We started it like two years ago when there was more hype around us and when everything got more serious. Our vision, as I mentioned earlier, is about connecting the creative industry and so the blog just seemed natural.

Anna: The interviews and all the artists have been so nice. You also learn from the city and the creative scene they are in.

Renze: We grew up in Amsterdam. So we know what the whole creative landscape in Amsterdam looks like. And yeah you can go online and look up do ‘new artists and from Germany’ or whatever. But it’s way better if you just go there and meet those people so that you can understand their creative culture. Eventually, since we want to bring our product and our energy to different cities, we also have to understand what’s going on there.

This is a complete 180 but what parts of every day do you find inspiring?
Anna: I think people around me, like the subcultures I’m in. I’m constantly moving around like I was involved in the hip hop scene and now I’m getting into the techno scene. What I like about the techno scene is how expressive and creative everyone is, whether it be with fashion or music or art. It’s these various communities – also the Queer scene – that keep us going. We also want to work with and give back to all of them.

Renze: Yeah. I think we were talking about it like last week that we don’t want to be like the new hip-hop brand or anything, which want to be the new brands for creativity where it doesn’t matter what subculture you fall in.

That’s refreshing as well. I feel like a lot of people who started streetwear brands are very much like ‘we’re in it for the hip-hop’ and they start it and then it ends up being funnelled into all of the other ones that are just like it. The brands could be good but they don’t necessarily get the recognition because they just kind of fall into the same group. But moving on to your events, are you guys looking to do a lot more kinds of events in the future?
Renze: Yeah, we try to mix up different events and do various pop-ups and stuff in different countries.

Anna: I want to keep on working with The Platform and keep on expanding to different countries. I also think they need to continue being physical events. Most of our audience is in France and so with a physical event, they can see how we do things differently than the typical Paris runway.

Do you guys see yourselves ever moving location to Paris?
Renze: Not particularly to Paris. I think we’d like to move to different cities to experience the lifestyle of other countries.

Anna: Yeah, we were thinking about it then maybe Paris or London. They’re both way bigger than Amsterdam and I want to have a little bit of a bigger network. But we need to be for sure before we would move.

So what kind of other things are you guys kind of manifesting for the future of the La Fam?
Anna: So the biggest thing where we’re doing, the events is to give something back to the culture.

Renze: I think we will go on with the blog way harder and in more cities that are not the major cities you first think of. We also want to host like other international brands in Amsterdam for their popup. Just to be a host and also introduce them to the Amsterdam scene. 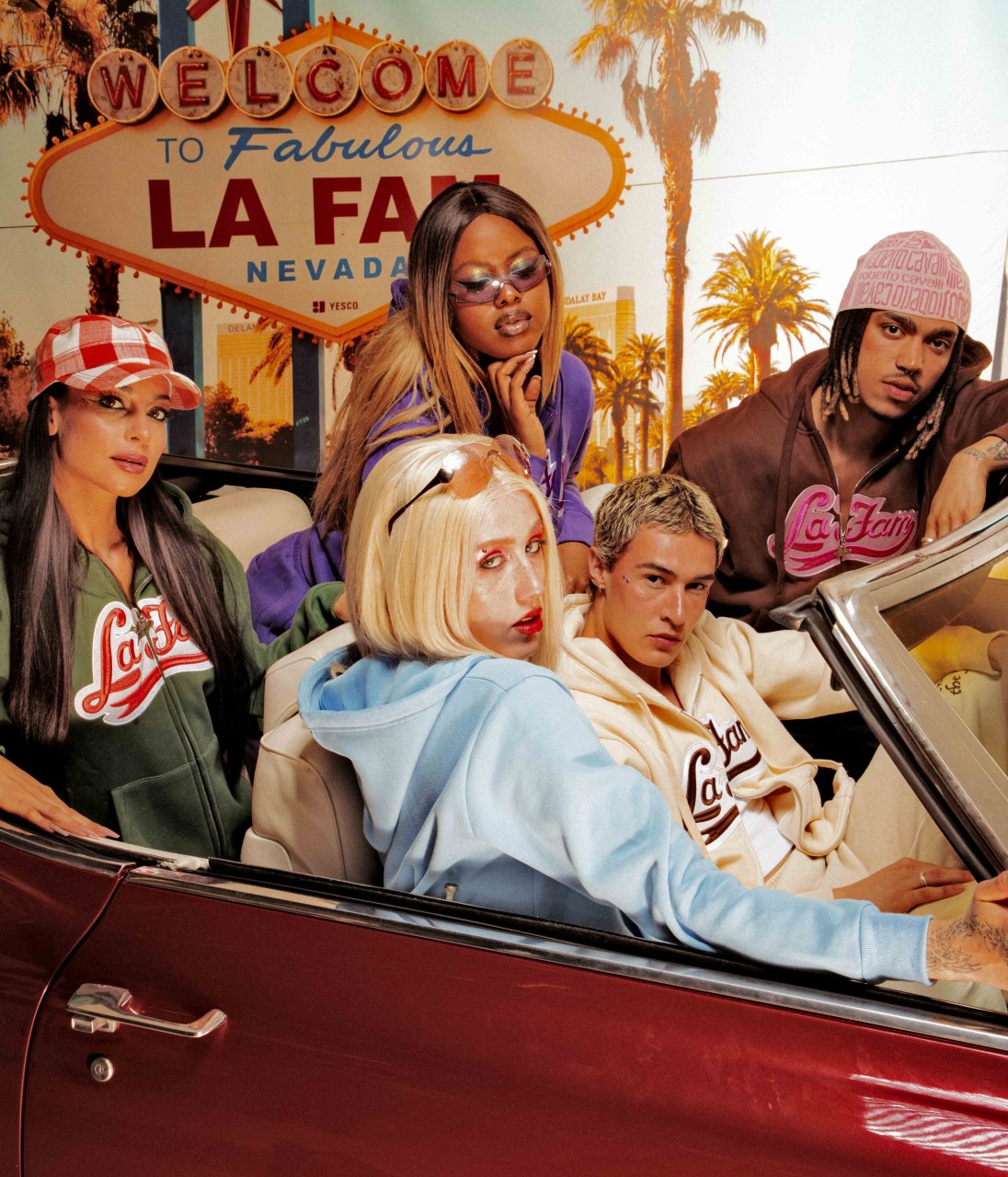