In conversation with Lava La Rue 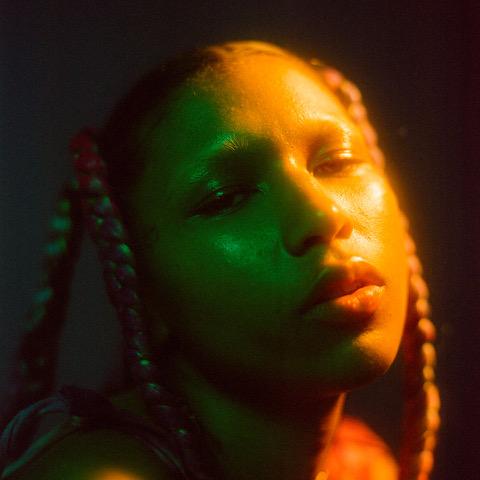 It’s hard not to have caught a glimpse of the glory that is Lava La Rue during these past months. Bursting onto the scene with unstoppable talent, Lava launched the collected footage for her project ‘summeroflove2.0’. Exploring the post-pandemic world alongside history’s versions of loved filled summers, Lava see’s change on the immediate horizon. All of this also comes alongside the launch of her long-awaiting single G.O.Y.D (Girl Of Your Dreams), and let’s just say… we are not disappointed! Step aside for a truly creative, multi-disciplinary talent who is ready to take the world by storm. Check her our and delve into the world of Lava La Rue…

The “Summer of Love Project 2.0” is super cool. What inspired the project?

It was a product of lockdown happening and venues closing. I saw a surge of people focusing on art and doing psychedelics in their living rooms rather than going to club nights. Everyone was radicalising their views online. I saw all of this happening socially and politically and it reminded me of the original Summer of Love in the 1960s in London. And then the 1980s British Summer of Love movement.  Because venues are closed, there was a massive upsurge in illegal rave parties and street party culture. And people were missing touching each other. It helped conceptualise this idea of a second coming of the Summer of Love. But this time being more inclusive with the intersections. The 1960s one was mostly bearded, white male hippies, whereas now we talk more about gender fluidity and intersections which weren’t really in conversation back then.

For sure, that’s exactly where the 2.0 comes from! This one is influenced by the one before, but it carries more of a message with it…

Yeah, in the past there were a lot of things that weren’t talked about. But now information can spread faster. It can be more international and inclusive. Whereas before it was a tight-knit culture that eventually spread into the mainstream, whereas now we can claim another one as ours in this time of isolations. We can focus on radicalising our views, looking into ourselves and questioning our own morals. Because businesses are shutting down, things are forced to be less corporate…

We see an opportunity for change. Would you say that this was the goal of the project, to take it out of the subculture and within the mainstream? Or is it a closed celebration of subculture?

I think it’s platforming where the subculture already exists and creating the link in between. These people who have street-waves already exist and are creating art in their communes over lockdown with whatever resources they have. All the people who have lost their jobs have gone out to protests. There’ve been so many times in history when something global and huge has happened, but it’s the first time in Generation Z’s lifetime. Because we have the internet and we’re able to check in with the news with whatever is happening right now, it has us all more connected. It’s about finding the things that already exist and using that as a way to unify us. These big cultural changes are giving us the opportunity to present us with people who are already living alternatively and show us that it’s something we all could be doing.

We’ve all experienced a feeling of loss within the pandemic, and here lies unification. This all comes alongside the “Girl of your Dreams”. What a beautiful track, it’s so serene. What was the inspiration behind it?

I originally wrote that song two years ago with a really good friend of mine. I performed it on a whim at Heaven. I realised at that moment what a mini-Queer anthem it was because I love a lot of Queer music, and no shade, but a lot of people who are Queer champions aren’t actually Queer. When you go to a gay club, obviously they’re playing like Britney or Madonna or Taylor. I love them but a lot of the music isn’t made by Queer people. Especially if people don’t identify as femmes or lesbians, there’s an even smaller choice. I thought it would be cute to have it [my song] as a Queer anthem which I’d just put out. Then I shelved it for a while until the whole pandemic. One of the themes was about being in a long-distance relationship, which is such a fucking lesbian stereotype. Going right back to when I was on tumblr at 14. It’s all about feeling a tension over facetime, and it’s such an experience the Gays have had to go through. So many people have gone into long-distance relationships over lockdown, so I thought it was a really good time to restart the project.

Again, such a unifying subject. I think the song also gave us an honest insight into who you are. How does it feel being so vulnerable through your creativity?

It’s funny because I was never consciously trying to make vulnerable music, I’m just someone who lives with my heart on my sleeve. Sometimes I’m a bit too honest about what I’m going through. I don’t realise how many people have a mask on when writing something like a love song that’s relatable, and kind of allude to what’s going on in their life. Whereas, I need music to get to things off my chest. This is my process. It’s my therapy. It’s important for people to have that representation. Even though my experience is so specific to me, when it’s an honest feeling that you’re talking about, vulnerable people can relate to that. For some people, they see it as a cool image to seem detached and emotionless, but I would go insane if I was like that. It’s not cool! It’s so much better to be honest and relatable because we’re all human beings. It’s better for your own mental health and everyone else’s.

Yeah, I think that aloofness often comes from a level of insecurity.

You’re also a founding member of the creative collective “NiNE8”. Could you tell me about this?

I started NiNE8 when I was 16, and it was just me and my mates from a really dodgy college together. Everyone used to joke that our college was literally like the one from Skins because the social life was great and the teachers just didn’t care what was going on. Everyone was getting with each other and stuff. I met some people there who, we all came from similar experiences but different backgrounds. Around the age of 16/17, we were all beginning to be creative, and you could really see the difference between the kids who had the resources to go to a good music school. I realised I had none of that and that no one in my family was gonna help me. No one I knew had a way into the industry and we were wondering how we were gonna do it because we really wanted to. So we’d all put in twenty-quid and make our own studio set-up together. We’d creatively swap references and resources, like merch and mixing, then we created a really cohesive sound because we were all using the same resources. When we were just a friendship group first and foremost. We still work together creatively every day. It’s just like being able to create with my best mates.

There’s also a signifying level of creative quality that comes from not having the ‘best’ education or resources. There’s an entrapping quality to it. It’s clear within your music that you haven’t had that “box-fit” approach. Which is really nice.

You’ve had a lot of projects this summer! How does it feel reflecting on that?

Honestly, I never have time to reflect because I’m always onto the next one. I’m always thinking three years ahead. I’m literally making music for 2022 right now.

I’m gonna call it psychedelic R&B. A genre I don’t think the world fully knows what it is yet. I’m really working on honing into a specific sound right now. People know that what I’ve put out already places my narrative into all sorts of genres, I’ve never been afraid to touch different genres. But musically-wise I’m trying to push myself in songwriting and as a musician. So they can go to the music and visuals to see my experiences too, building that world, even if people won’t see it for a couple of years.

That’s exciting! Thanks for talking. I can’t wait to see what’s more to come. 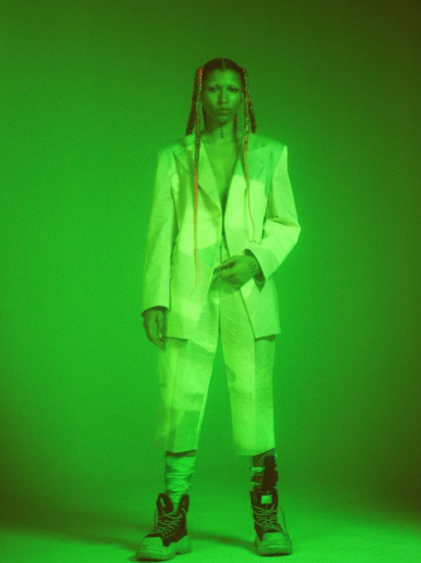