In Conversation with Marque Pham 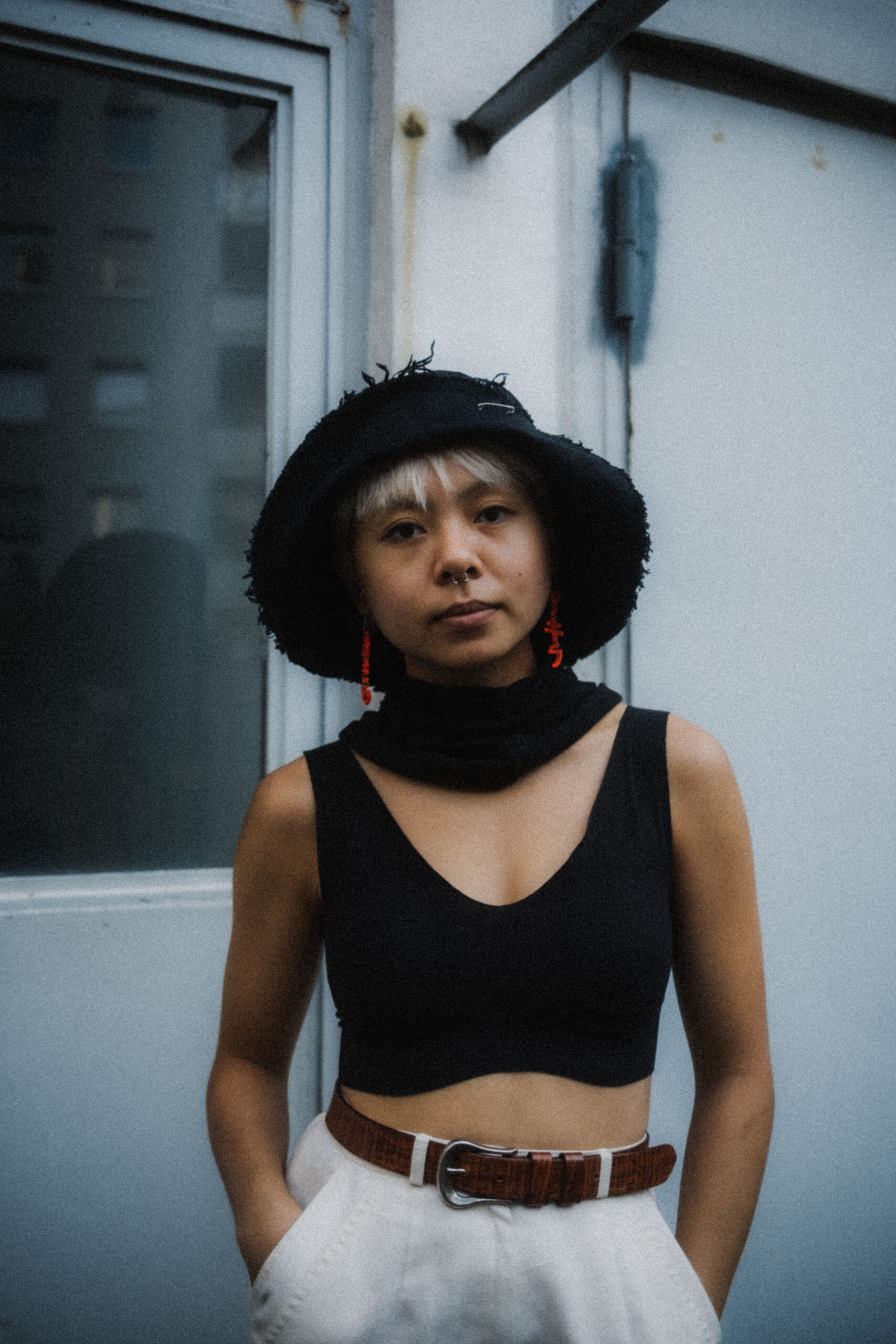 Trauma, healing, community and postcolonialism haunts much of Marque Pham’s work. The Berlin-based artist, performer and writer is the California native who runs MSG & Friends; a collective that provides a platform to Asian artists and creatives across Europe. After their first online event a few months ago, Marque is now bringing their talents to Non Native Native’s virtual fair (26 June – 2 July 2021) where visitors will be able to purchase access to digital performances and art pieces. In anticipation of the event, I spoke with the multi-faceted creative about breaking the cycle of whiteness and consumption, alongside the journey behind the collective.

Hey Marque! I love the name of the collective, can you tell me where it came from?

I wanted to have a name that was as neutral and as inclusive as possible, I didn’t want it to be East-Asian exclusive and I wanted it to expand what it means to be Asian. There’s such a lack of acknowledgement for central Asians, South Asians, West Asians when people refer to ‘Asian’ and that’s really damaging because, at the end of the day, it’s whiteness that pushes forward these distinctions. So I chose MSG, because everyone uses MSG, even Italians!

I love it… Never knew that about Italian food though!?

Today, the collective spans across Europe, but how did MSG and Friends first come to fruition?

I started in the Berlin poetry scene, basically writing heartbreak poetry, but there was a lot of small spaces around the city I would visit or read at. Then, one day my friend was like: “Hey, there’s a spot for a monthly opening for a show and it’s totally free, just come and use the space on Wednesday nights.” This bar has a small stage (like you can seat about 60 people), so I came up with a very simple concept: four artists, fifteen minutes each and it would sort of be like a showcase.

Igniting this platform for Asian artists?

Exactly. Because we lack a space that’s not controlled by old, white institutions or don’t just pander to kids of rich parents, Asians don’t generally have that kind of support system.

It’s so important to have a safe space for people to just try stuff out, experiment!

Yeah for sure, I don’t care if this is your first time performing or if this is just your hobby… it’s your space to use and figure it out. Either way, people are going to clap for you.

And so I assume although you started alone there’s a bigger team now?

Yeah, there just happened to be a lot of Queer Asians around that wanted to help me organise it! So now the team is around five people and we have a horizontal hierarchy, but really the performers are at the centre of everything we do. They have to be paid for their performance and if for some reason there’s not enough turnout at the bar then the team takes the hit.

Aside from MSG, I know that you also work as a performance artist, what does it mean to you to use your body as a medium?

We always have to look back and critique that mind/body binary that is at the centre of visual arts and how it’s portrayed; this very intellectual mind over body form and how that’s glorified. And it’s violent, it was these incredibly racist Enlightenment thinkers arguing for this mind/body separation. And now physical labour is so undervalued – it doesn’t have that cultural status – so that’s why I want to focus on the body because there’s no escape from its racialisation.

Can you tell me about your upcoming piece for Non Native Native?

For sure, so they’re running a digital fair that’s basically like a trade fair but online. Each artist will have a ‘stall’ which will be livestreams and virtual commodities that people can buy. A bit like late night teleshopping.

Our project is in collaboration with Mai Mai Collective  and we wanted to do something related to food because there’s been a lot of controversy surrounding Dutch people appropriating Asian food recently as it’s becoming trendy.

For sure – What do you hope for the audience to take away, or experience, from your stall?

The aim of this project is also to make a profit, and we know that the audience will be majority white. But the thing about whiteness is that it consumes, quite literally in every sense of the word. It consumes economies – exploits. Food is directly related to this consumption. It’s the first thing to be consumed. And so often you see whiteness consume Asian food and then appropriate it and that is a process of consumption and we wanted to highlight the actual trauma and the difference between a white person eating Asian food and an Asian person eating their own food. It’s trendy and hip when a white person eats sushi, but when an Asian kid brings raw fish to school they get beat up by the other kids and so many Asian kids who have grown up in white communities have suffered this particular trauma. When they’re young they can’t be proud of their food but when they grow up and it’s trendy, they see this hackneyed rendition of it accepted.

Absolutely. It’s consumption both financially and culturally. Such as the whitewashed Korean chicken chains.

Yeah, so we thought, okay, we definitely want to show and make aware to white people the pain and the weight that comes with these recipes rather than take the road of ‘this is the beauty of Asian culture’. We wanted to send the message that respect is already deserved because you owe us reparations and so we thought we’d take audio recordings and video recordings of our community talking about their personal experiences with food racism.

We wanted to intercut these stories with a recipe video which we knew would attract the white audience because when looking for recipes there’s often a demand for ‘authenticity’ and a desire for the most ‘Asian’ Asian chef they can find. So then you get this auntie teaching you how to make an ‘authentic’ recipe in a classic Youtube format intercut with these traumatic stories. But it was important to us not to sell our trauma as a commodity so just as you get to a key part in the story about an assault or an incident of harassment, you get switched back to the cooking video.

I guess if you keep switching things in media then you never get the full picture of either: neither the story nor the recipe.

Yep, but if you pay us, you can buy the full digital package where you can purchase the recipe without the stories and then you also get a material package of MSG sent to you in the post. But it’s not really about getting the full recipe, it’s about breaking this cycle of whiteness and consumption. 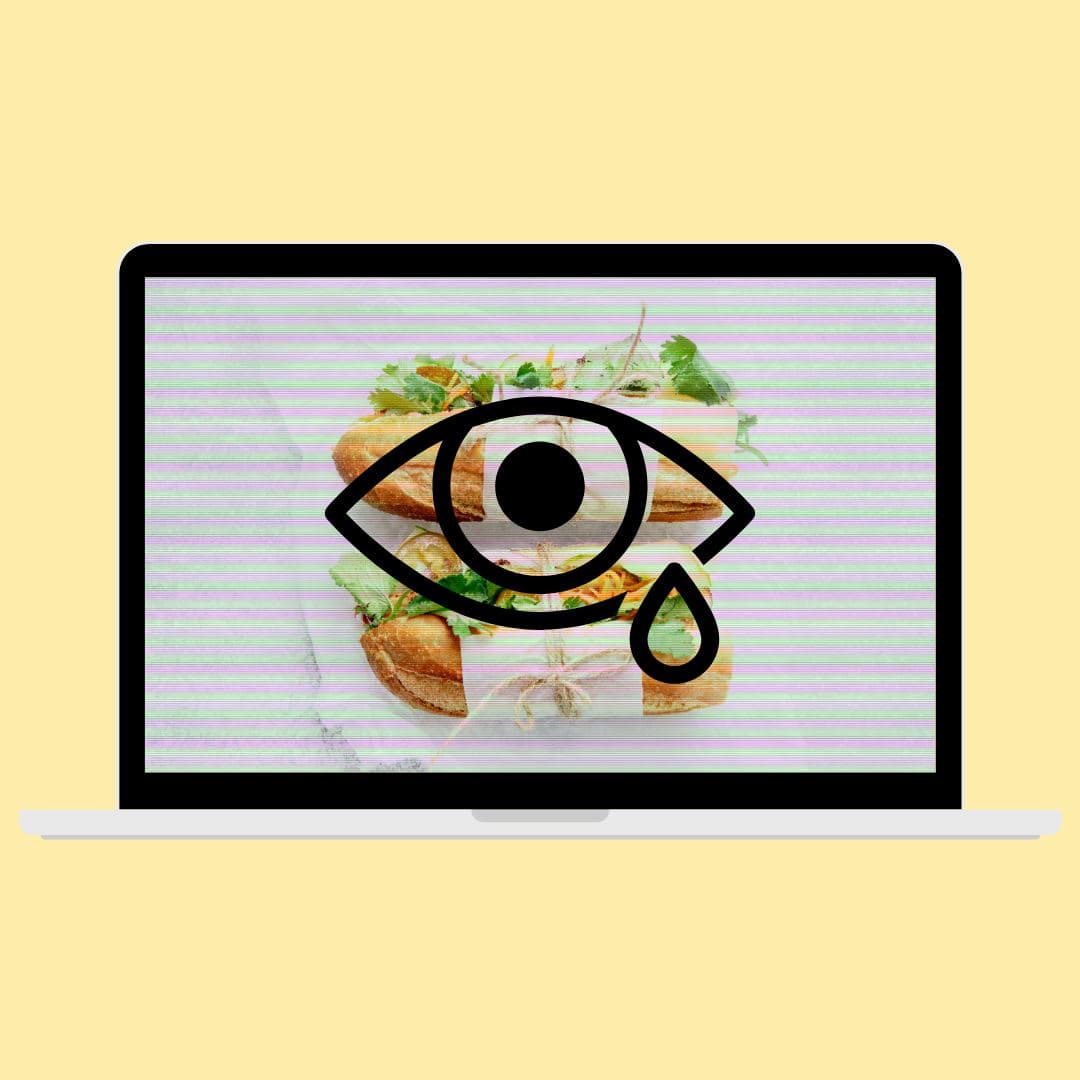 The Non Native Native Fair will run between the 26th of June to the 2nd of July. The online event will involve 46 participants offering interactive lives and pre-recorded videos with opportunities to purchase products on an online trade fair platform. Find out more on the website.