In conversation with Peter De Potter

From white thugs and newspaper clippings to dogs and dicks. 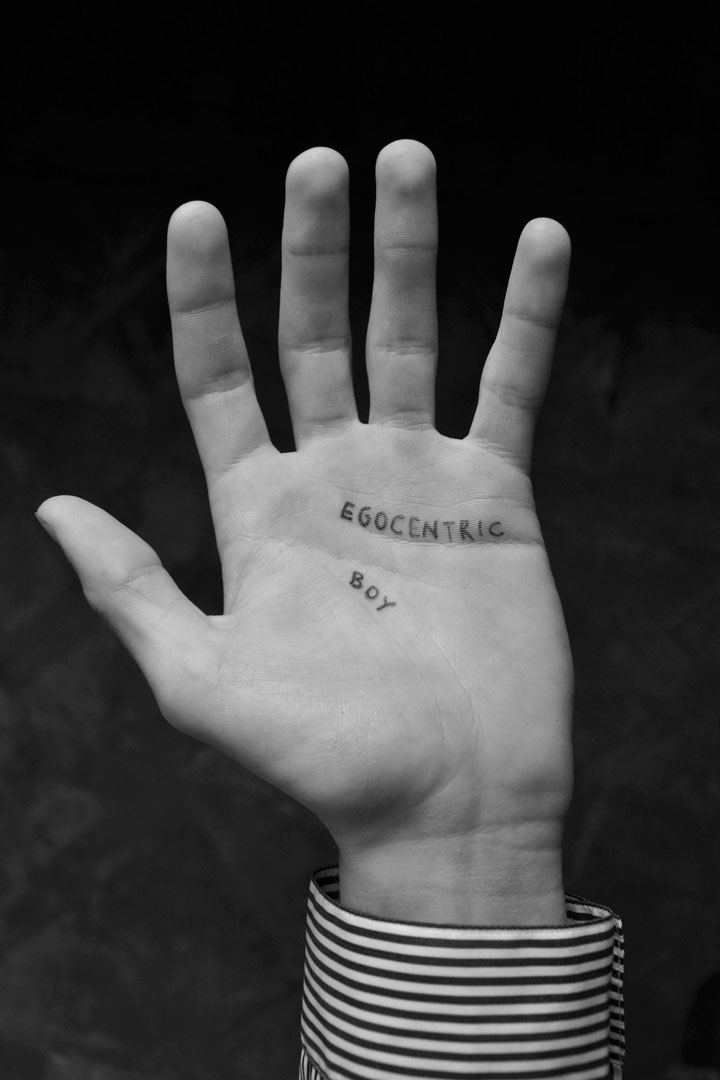 Self-dubbed “moral artist” Peter De Potter brings together existing and self-generated pictures, often with handwritten and typed words, combining different elements in the hopes of creating a new image with a more immediate impetus. He is, he says, engaged in the ways an image can communicate something “beautiful and meaningful and spiritual”—always with an awareness of how we consume and intuitively make connections among different information in a digital age.

Having studied Fine Art at the Royal Academy in Antwerp—where he currently lives and works—De Potter came to prominence in 2001 through a collaboration with Raf Simons. Their partnership lasted for nine years, with De Potter consulting, art directing and contributing to publications and installations for the fashion designer. Fashion remains an obvious influence in his work. 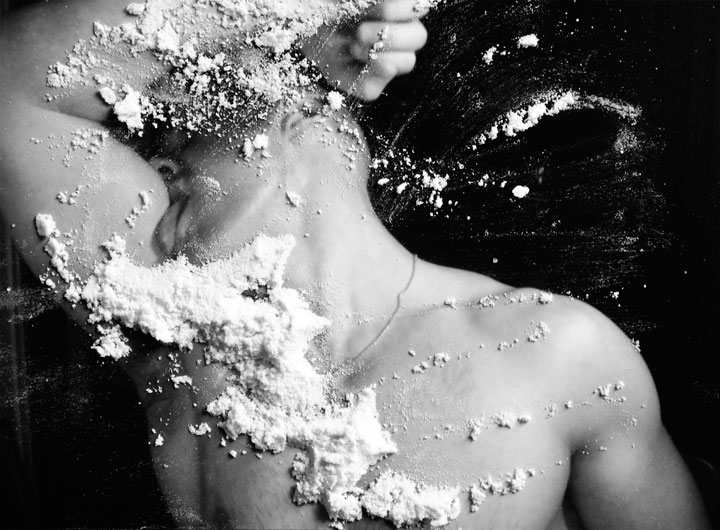 When Glamcult spoke to De Potter it soon became apparent that the image itself is his fundamental interest and subject matter: “I always say it’s the image that chooses the path to take, not me. My images are my little dictators.” Those images soon make their presence felt: scenes of sexual submission are interwoven with police brutality, religious symbolism and homosexual fetishism. De Potter believes the images are “real toy soldiers” sent to battle in the world, fighting for the image and its power.

Much of De Potter’s work contains references to a type of adolescent sensibility. As a teenager, De Potter confesses to having had an interest in those things kept under wraps: “Every teenager looks for something to annoy his parents with,” he says. From a young age he was excited by underground cinema, alternative music and banned literature—all things that were kept out of polite society and therefore made more appealing. Of particular influence were the films of cult British director Derek Jarman (Caravaggio, The Last of England) and American experimental novelist Kathy ‘Blood and Guts in High School’ Acker, both of whose works contain a power that appeals to a teenage energy. De Potter’s work seems to catch that energy and deploy it as arresting aesthetic.

Earlier in his career De Potter launched three series of work online via Tumblr. The potency of the image seemed to chime with the immediacy of the format, where a stream of imagery passes across the screen in quick succession. “I think blog culture is doing important work, I really like the idea of an image being so attractive and meaningful to a person that they want to include it in their own visual world.” I Am An Image Machine is a self-referential series in which different images are paired in sequence. The work draws from material “already laden with reference” and calls upon the viewers’ existing visual memory: sweaty torsos, burnt-out cars, sinking battleships and punk icon Sid Vicious.

De Potter habitually directs our minds to the spaces between things. The eye willingly moves among different information and builds connections. By freely selecting historical material, he suggests a collapse of time, wherein images stand and fall alone. In this chaos, ideas of authorship and ownership deteriorate: “I am working hard to blur the lines between appropriation and self-made imagery,” he says, “because in the end, it just doesn’t matter.” What does matter is that the viewer experiences something carnal as a result of the image—whether that be a sexual stirring or violent energy. 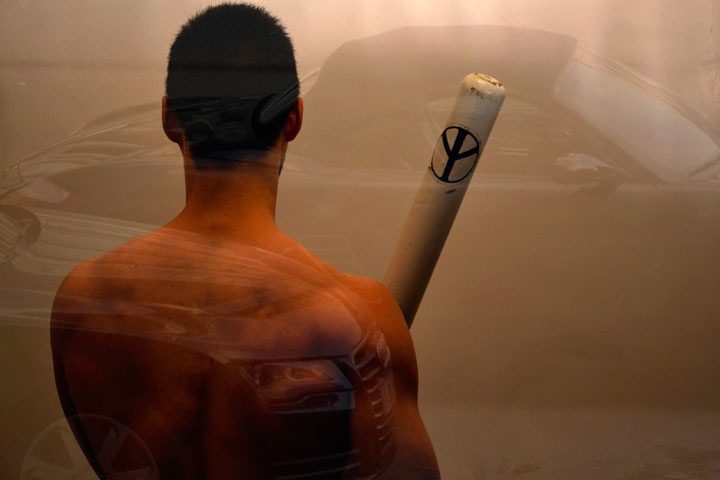 Angelic Starts consists of a series of black-and-white photographs overlaid with handwritten “virtues”: “I want the audience to feel the combined impact those elements have on their brain and their heart and their loins.” There’s a sexuality in the touch of the hand on the flat image. The bodies in the photographs reference historic statues, with the words functioning as a type of “conscious graffiti”. De Potter describes these images as “more of a mood piece than a think piece”. Glamcult is reminded of the work of Norwegian artist and writer MatiAs Falbakken, whose work explores the margins and boundaries of civil society.

Angelic Starts is not devoid of romance; indeed, it seems to direct viewers towards or champion a certain type of physical love. Images are emblazoned with sentiments including “Lovers Are Warriors” and “I fall in love while making love yet I only fall asleep while dreaming”, the words bringing dreamy narratives and ideas to the pictures they partially obscure.

De Potter does not feel particularly aligned with artists working in the same vein as him, he says; his favourite artist is 17th-century Flemish painter Adriaen Brouwer: “He painted raw scenes to tenderly point out the universal humanity and much-needed bliss we are all searching for,” De Potter says. This sentiment also rings true in De Potter’s own work, where the intention is to excite our most basic desires and fetishes.

What De Potter has achieved is a synonymous and universal style that hangs together through an aggressive visual language. As one particular work from the Routine Routine series—containing four repeated photographs of a dance-floor smoke machine, overlaid with text declares: “What do you do? I make images with images. That’s it. It’s all you need.” Enough said.