In conversation with Piet Parra

“There’s no end to the story with this piece”

Recounting the collaboration from the very beginning

When it comes to streetwear, Amsterdam is on the map. There are many faces accumulating this, but the two brands who helped build the blueprint are Parra and Patta.  A pair united from the very beginning, today they have come back together and joined forces with Avant Arte for the release of ‘when the smoke clears‘. This super special print, made by Piet Parra will be available for 48h on Avant Arte, and also comes alongside a Patta capsule collection and ultra-special (and limited) grey tone print which can be found in-store only. In light of this very enticing three-way, Glamcult spoke with the man himself: Piet Parra. Going down memory-lane, and hypothesizing the conceptualisation of ‘hype’, Parra talked us through the collaboration, the history behind the Patta family and how he came to where he is today. It’s a wild ride, but one told with earnest and much love. 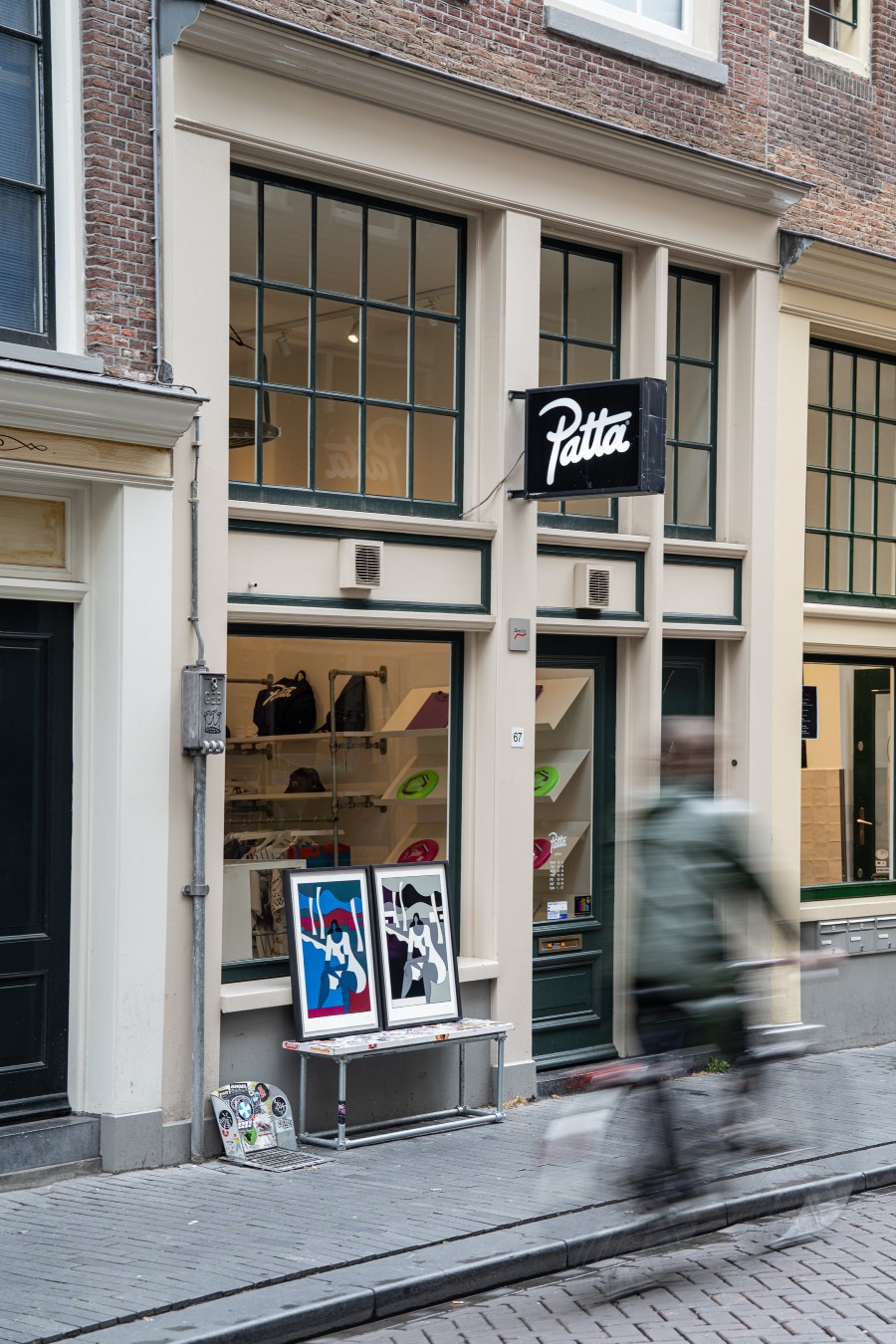 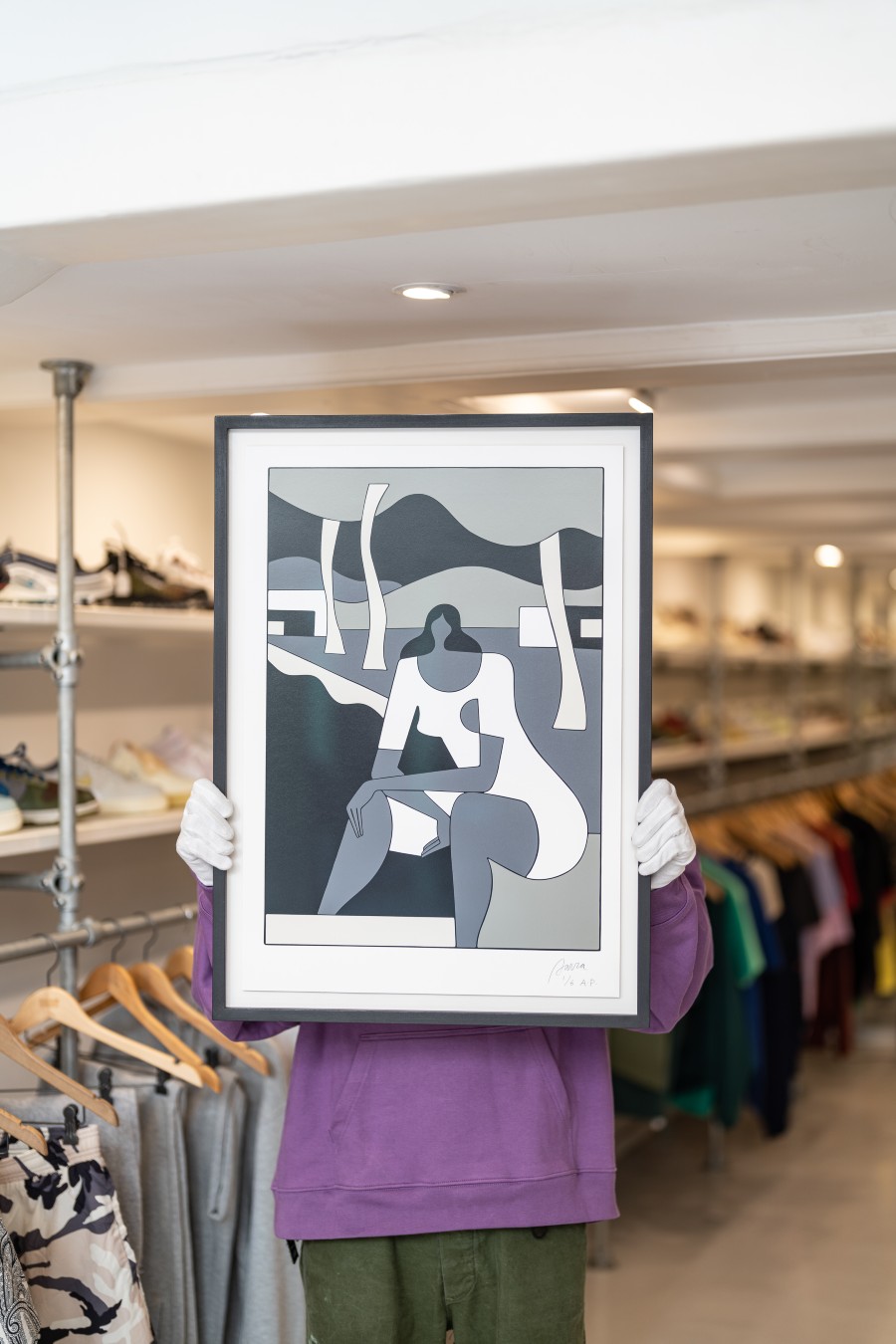 This has been a long-standing partnership between you and Patta! Can you talk me through how Parra and Patta’s story began?
I can’t really explain it. It’s such a warm relationship. I mean, it was just Edson and Gee in the beginning and I made the logo for them, back in 2004, maybe earlier. But we all have got our own style, and kind of just split, but stayed in the same place! Patta’s big thing is family, they are a family. And I’m like the guy that moved out, and just comes back every now and then and is always welcomed with open arms

The rebellious child?
Not really. Super anti rebellious actually. That’s why skateboarding is for me, I guess—also, super individual.

I think skateboarding is individual, but at the same time, it’s totally not. It’s not fun if you’re just completely on your own. Right?
No, it’s true. But it feels like you’re doing it alone. But you’re entirely right. You could do it alone, but you rarely see it.

When I first saw the prints for this Parra X Patta X Avant Arte collaboration, I wrote two things: “lonely” and “but hopeful”. Could you maybe tell me a bit about the motivation behind the work?
I always have these sketchbooks all around me. I don’t draw every day like a maniac, but I have bursts of drawing.  And for a bit of context, I’m always working on clothes too (but I refuse to call it fashion. It’s T-shirts). So, this is always the process. Stuff like this is always floating around. Also, my stuff for another little company: Tired. Weirder stuff. But yeah, the people at Avant Arte reached out, and looking through my stuff I found this illustration! I just had the lady right there, just sitting down. And I made it a holiday destination in the background. I don’t know why, but it’s super sad. When I was making them, like, oh, yeah, something definitely went wrong here. But that’s it. There’s no end to the story with this piece.

Her story really hasn’t even started yet!
There’s always a photographer on set at movies. They take photos, set photography, or cinematographer I guess? And that’s what you see here. Just a little snippet of what could be going on. I rarely work with a theme.

You work with a lot of motifs, though. So maybe that kind of releases the need for a theme? The woman featured in this print is a motif throughout your work.
Yeah, like a red line throughout. For sure, she’s everywhere. I know it’s her, but it’s also just a person.

She is also present within the Parra clothing (not fashion) I have a crossbody bag of yours with the same hands.
I remember that bag. I just stole all that from my father. I mean, I didn’t steal it but I’m looking at his art right now. I have here some little sketchbooks of his.

I wouldn’t say stole ha-ha!
When I was little he always told me not to use the eraser. Go with one line and if you make a mistake, just keep going. I love his stuff, but I hadn’t looked at it properly until I was way older. I always wanted to be a graphic designer, but I didn’t have the schooling. That’s where Patta comes into my story again. In the 90s/2000s, they just allowed me to try whatever!

Could you talk me through this beginning? How you came into design…
Back then, there was no Internet, so you could just make shit up. I didn’t know anything about fonts. I could work with illustrator and a bit of photoshop, but I could never find the exact fonts I wanted. I saw them in old books and then I just redrew them myself.  I figured out you could do it in Illustrator, just make up an alphabet and set it digitally. And it looks wonky and weird. Nobody was doing that at the time (or maybe they were, but there was no internet, so how the fuck would we know). So, it was from there that I got into drawing. It was quite late; I was in my early 20s.

But it all worked out!
I was eventually able to save some money and buy my own computer. And start designing. Gee and Edson were a big part of that, because I got to design my first real logo for them. They were very serious about it so I had to come through.

It’s a great partnership that always connects which is really nice. It’s also nice that both you and Patta have this inherent connection to street culture, skate culture and music.
100%! I learned A LOT from them. I’m from a little village in the South, my dad is an artist so I had some creative upbringing. But then you come to the big city and it’s all different. You need people to put their arms around you at first. Patta made me feel protected. I was in limbo, I wasn’t skating that much anymore, cause my plan to go to the States didn’t really work out. I was kind of over that dream, but it was also around the same time the whole streetwear culture was bubbling up. So Patta were the perfect guys to stand behind.

Do you have any core memories from this time?
I remember going to NYC with them in the early 2000s, and I literally just stood behind them, watching it all unfold. They’d walk into Supreme, knowing people there. They’d go to the basement and I would just stay upstairs waiting. I was just happy to be there, look at everything and absorb. 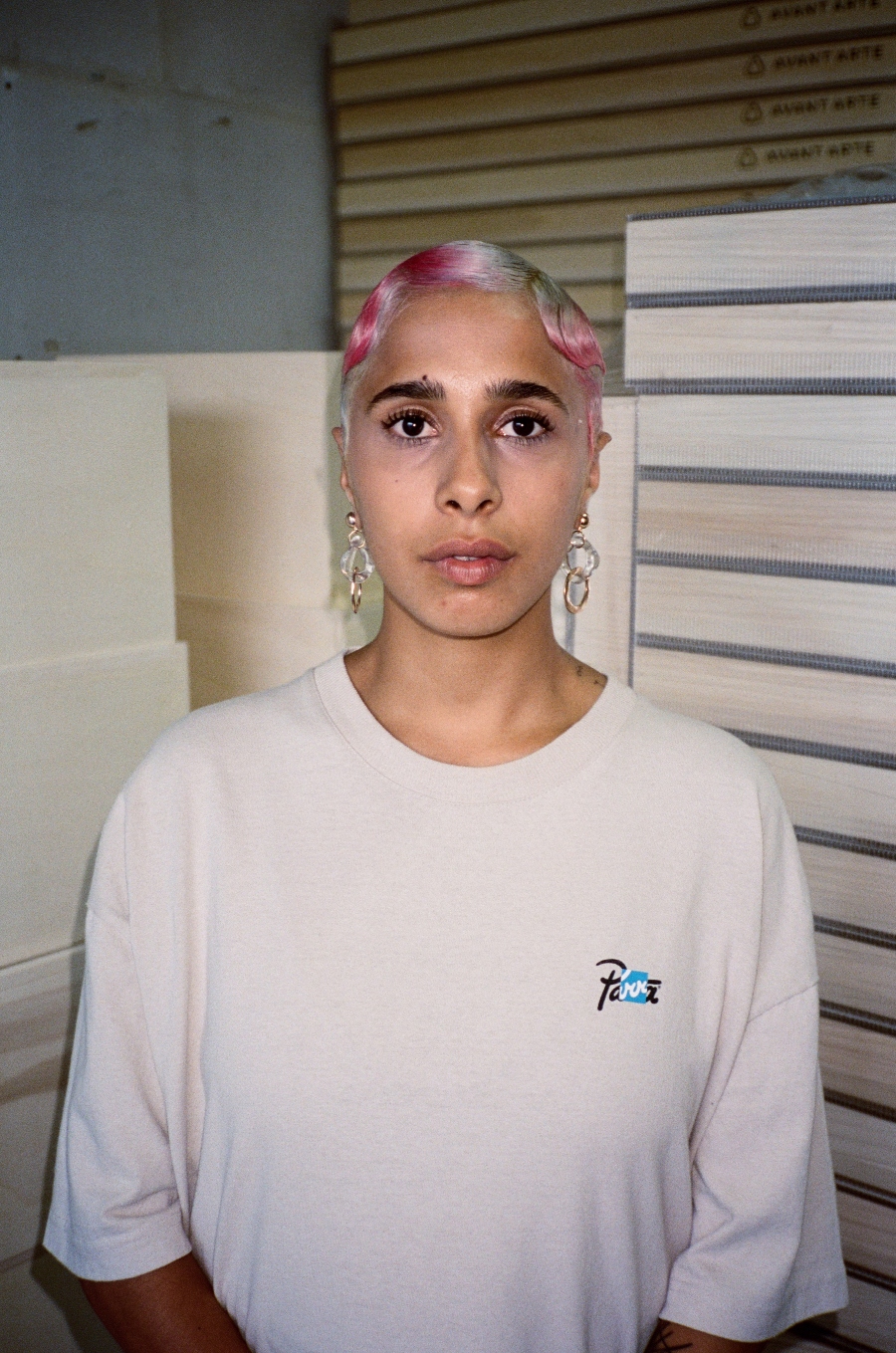 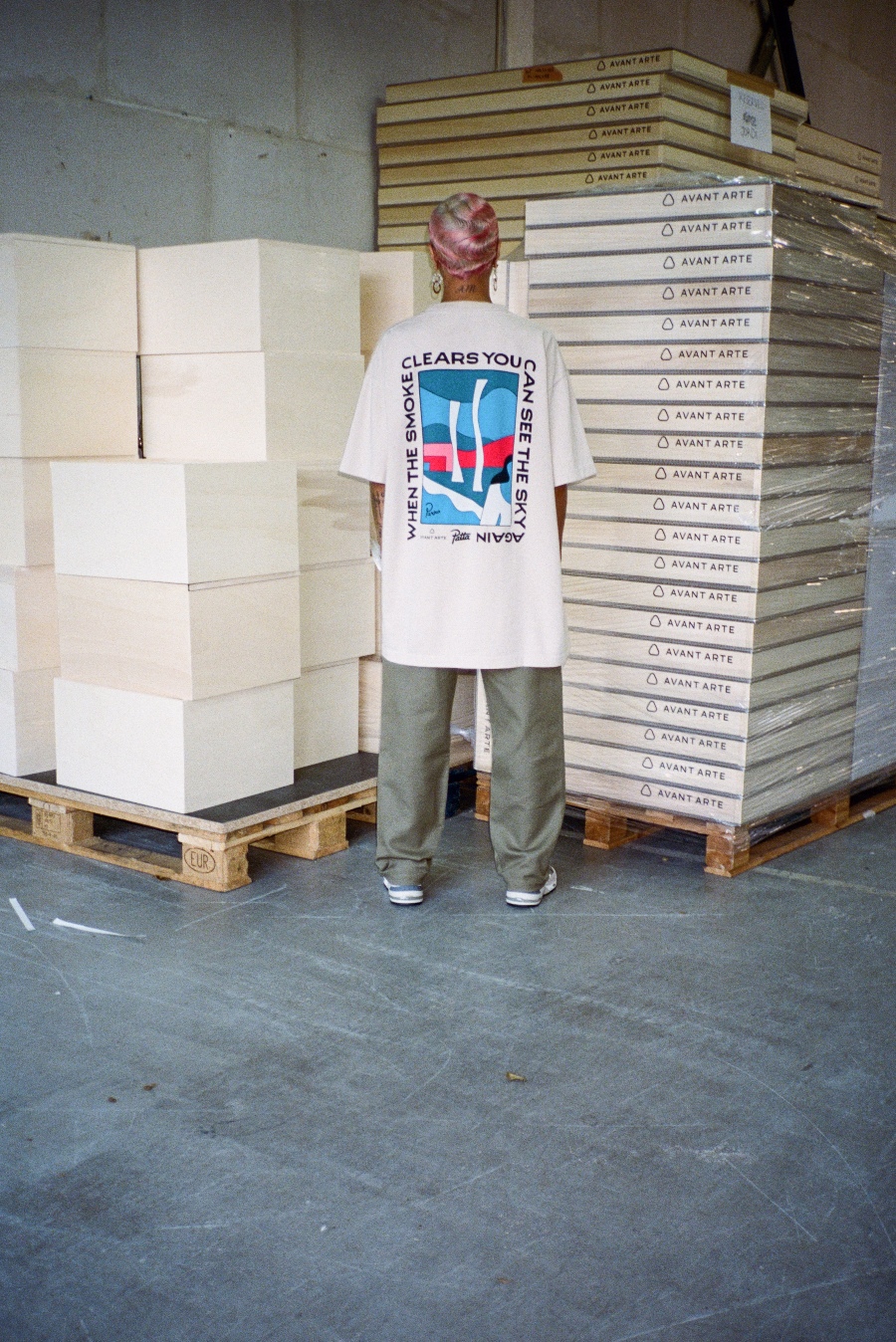 Going back to the collaboration, I also appreciate the price point of the collection and the prints. It’s going against the elitism of what a piece of art like that could potentially be. Is it something you’re conscious of?
Very much so. I don’t release that many prints, maybe just once every two years. It would always be 250 of them, for 250 euros. Super simple. But how do you make everyone happy? There is always going to be someone angry if they don’t get a print. Then they go on a secondary market, where the prices are pushed up. So, I thought the 48-hour thing was cool. Now no one can tell me ‘why didn’t I get a print?’. It’s up to you!

I guess the re-selling, and price bump places you within hype culture (not a bad place to be) which a lot of people are trying to tap into!
This is very interesting actually; I’ve witnessed this culture come up from the very start. I’d love to know what you think.

I think youth culture has taken the idea of high-fashion exclusivity and applied it to streetwear. And I love that.
I also think there is still some underground culture within the hypebeast culture. But then, where is the tipping point? When does it become overground? Weirdly enough, I’d still consider myself an underground artist, because the scale of what I do is very small. But I was just turned into Hype with Hypebeast because there weren’t that many things they could write about at the time! And then they just keep you in a rollout. I’ve just always been there.

I think you’re underselling yourself. Is there anything we might not know that you’d like to share?
I think my paintings and sculptures… maybe people don’t know that I’m just sitting here drawing all day.

I think this weekend is going to help change that. How can people get their hands on the grey-toned print? This one is very limited.
With the grey-toned print, there are only 60 of them and you can’t buy them online, they’re only available at the store. All of the money will go to the Patta Academy. If you get one, that’s proper Amsterdam. But I don’t know if many people will be there.

You’re being modest. There will be A LOT of people (so get there ASAP ha-ha).
My girlfriend calls it fake modest. But I’m just really afraid of failure. If you don’t have that, you’re a dick. I’ll just feel anxious until it’s over.

I’m excited for your anxieties to be proved wrong.

Parra is present for an artist’s meet & greet.