In conversation with tendai

On agency within the industry, and the importance of working on your craft, without ever expecting perfection. 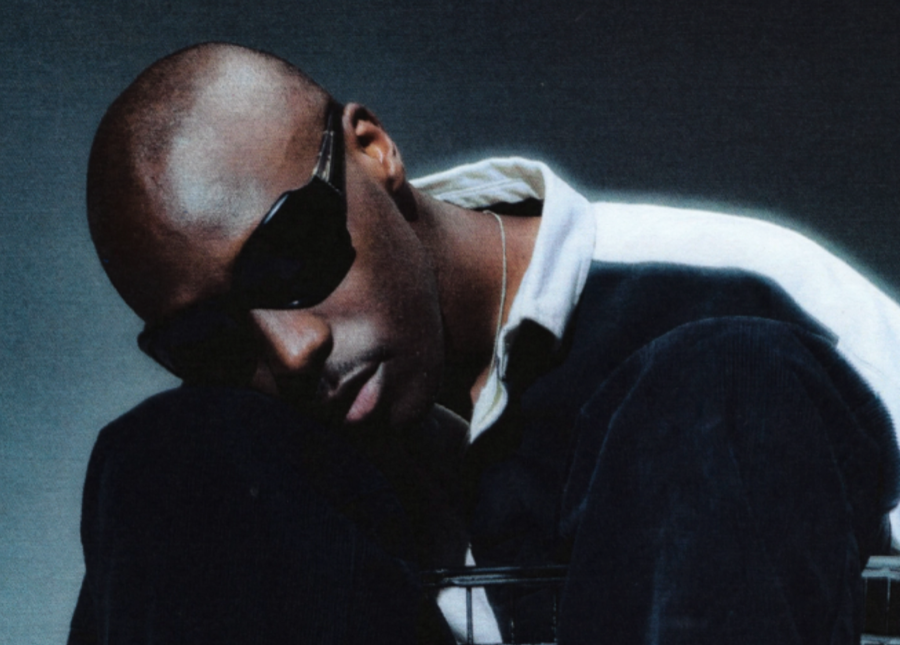 A sonic polymath, tendai hails experimentation and musical freedom. Coming from Canning Town, London, the artist is a fresh face on the scene who has been quietly honing his craft before stepping into the spotlight. You may recognise him as one of Stormzy’s executive producers — however, this twenty-two-year-old prodigy has much to come under his own name and vision. After instantaneously connecting with the artist’s latest single Time Of Our Lives, we spoke with tendai about his agency within the industry and the importance of working on your craft, without ever expecting perfection.

What does that mean?
It means that I know I’ll start doing some work eventually… but until that time, I’m mellow.

To begin at the beginning, how did come to find music and your eventual love for it?
Definitely through my family. It’s funny, because my mum is in my home right now, playing the piano, don’t know if you can hear it? My whole family has been into music from the beginning, and having that link put the love and the passion within me.  I tried academia and was good at it, but it wasn’t a passion for me. Also, I was the youngest, and all my siblings have gone the academic route, so it made me want to try something different. It was like a rebellion – challenging the status quo of going to secondary school, then college, then uni, and then getting a faceless job.

This idea of rebelling against a faceless job is so reflective of the agency you have fought for within your career…I can hear the piano by the way – so nice! How did you make this controlled leap into your own musical identity?
It was definitely done with anxiety – it was the unknown. It took a level of confidence. Being there is a gift I have and can bring out to the world, but it’s about being confident in that gift. Also, being seen by people. People in the industry who saw me and took care of me on my journey also gave me the confidence to continue.

And who are some of these people? How you look up to and inspired you…
Twin, the current president of Def Jam. I look up to him a lot because of his humility, sensitivity and his integrity. A lot of people have made me aware of his importance as well, and I know I’m in good hands.

Speaking on this humility and sensitivity, your work too is very vulnerable. When I was listening to The Time in Our Life there was a lyric “If I knew my heart was going to break, I wouldn’t love”. Could you tell me a bit about the narrative of this song? It’s very relatable, but also very intense…
It is quite intense. And I think it’s such a funny word, because when I think about my relationship with my ex-partner, it had a lot of intense moments, emotionally. There were a lot of things felt. It’s a breakup record in many ways, but it’s not just about losing a partner. It’s also moving away from a friend. Someone you’ve known for however many years, you’ve had that time in your lives, and now it’s time to move on.  The lyric you mentioned, when I was writing I saw the ‘scene’ of the song as almost a conference, with all the news outlets being like “oh, you shouldn’t have done that, you shouldn’t have been with that person”. It’s like no, I had to do that because I didn’t know. If I knew that it would end like that, I wouldn’t have started. The song is just me saying all these cute one-liners, saying that I simply didn’t know. If I knew everything, maybe I wouldn’t do anything at all. The ability to step into the unknown.

I took it more literally. Without this context, the idea of not doing something because it didn’t turn out right, in the end, was pretty depressing!
I mean, it is very literal as well. I don’t want to get my heart broken, so I’m just going to stay away from it. I feel like that’s how a lot of people engage with love. Someone who’s been hurt in the past may not be able to receive love.

I see that, but more within the pressure we put on ourselves for every love to be the last — or forever — love. Does this song speak to that?
Yeah, I mean everyone wants to have that one true love. But you need to try a few different versions of it first until you find the one you know you want…

Whilst this song is pretty heart-wrenching, your other music is quite upbeat. I wrote ‘lustful’, next to Pressure, for example. Could you talk me through your creative process of starting a song and tapping into these different emotions, sounds and/or genres?
The reason why I tap into different genres and different sonics is because of the way I understand my own gift. When I think of an artist I love, whether it’s Prince or Stevie Wonder or Phil Collins, I see them as solo artists, who were actually kind of bands by themselves. Whether they played the instruments themselves or had a team of collaborators who helped to arrange the music, they were able to venture into different types of music without question.

And is it then this band-like formation, which creates a broadness in sound, that allows you to tap into different emotions and sounds?
When you’re in a band, you have more freedom. I have a band, so my process is collaborative. It’s centred around wanting to do this one thing, and putting my all into creating this one sound. Once that’s done, I want to do something else. If it’s completely different, then that’s the nature of my gift. There is a band spirit to my music. I also like to think about, say, Shakespeare. Imagine anyone telling him that he only has to write sonnets or only plays or only haikus or whatever. It just doesn’t make sense, as artists, we’re allowed to explore our art form. I think nowadays we’re too fixated on people being this one thing. 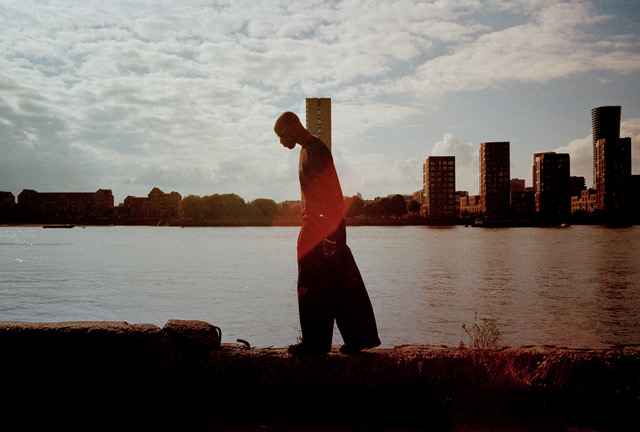 I think people also stick to one genre because they’re scared of not being the best at something. People want to be the best rapper, the best rock guitarist, the best vocalist and so forth. There is a fear that their audience won’t perceive them as the ‘best’ anymore if they travel into a different genre, and thus forth their work could be perceived as devalued.
Definitely.

Maybe it’s easier for you because you actually can tap into these different genres and produce beautiful work with confidence.
Haha! I mean, it hasn’t always been the case. I spent a lot of time studying different sonics and types of music. The first version of Pressure wasn’t Pressure, you know? It takes time and polishing.

Going back to this fear — it’s also the difference between creating for yourself and creating for an audience.
You need to think about the audience last. Not in a selfish way, but you shouldn’t worry if they get you or not. 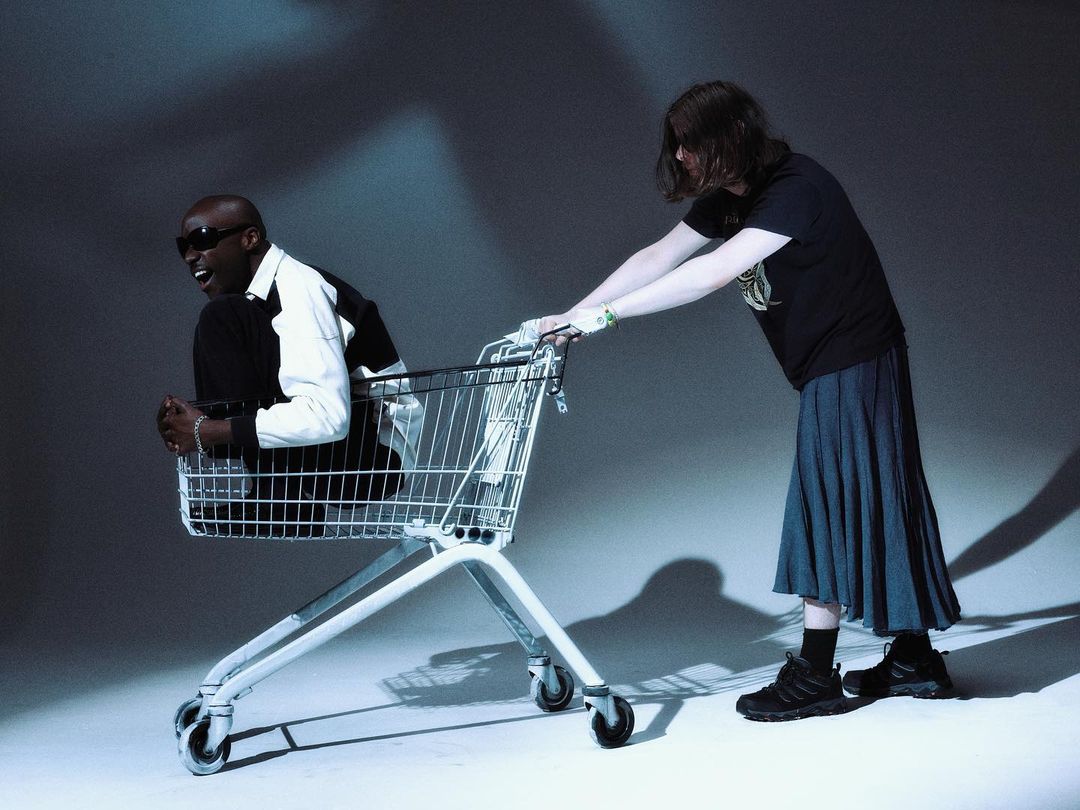 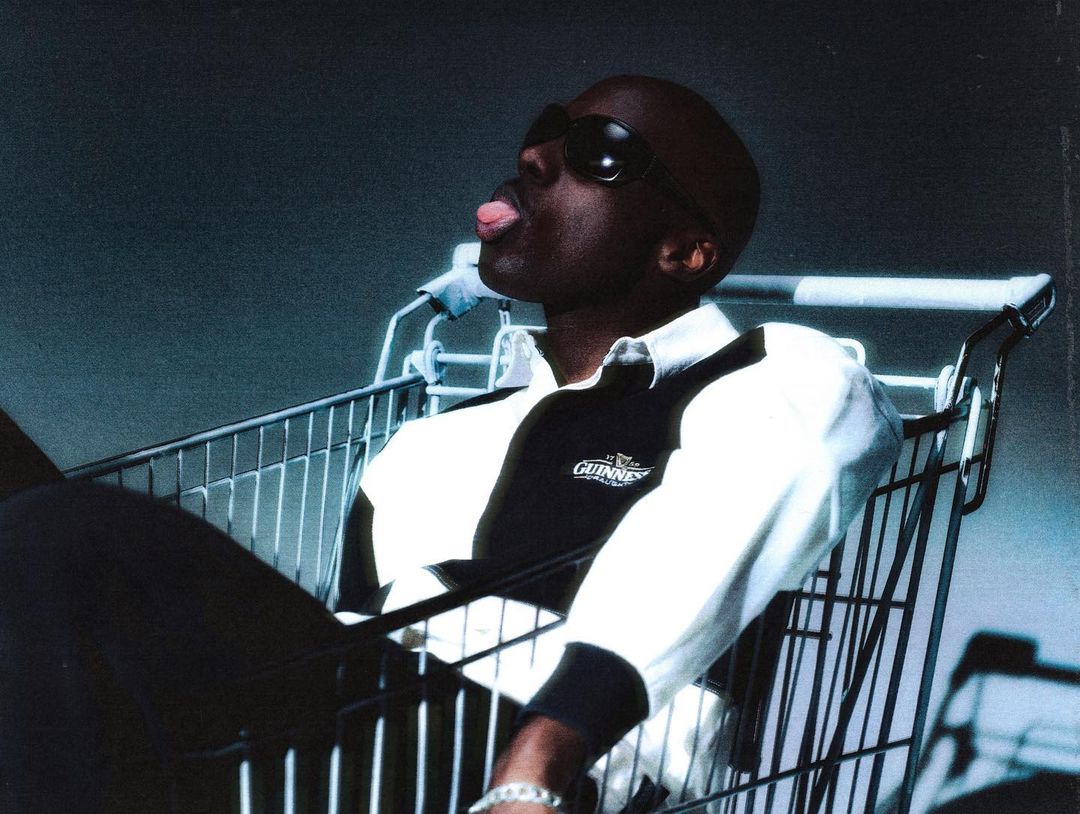 You have created so much this year! Broadly speaking, where do you hope your musical journey to take you in the coming year?
I want it to take me in a direction of understanding. There are a lot of things I understand about myself that people might need a second to come to terms with. If I came out right now and told everyone “I’m a band”, like in this interview, people would have weird reactions. What I hope to do with my next project, is to really stand by that truth.

Love that. Any goals?
Whenever I play my projects to people, they always tell me “bro, this is Glastonbury!” I think my songs have a big performance energy to them, so that is something I want to endeavour as well.

That’d be a pretty big achievement! Biggest life lesson?
The one thing I have learnt is the quote ‘my biggest fear is to get big without growing.’ I think the ability to be patient with your art has definitely changed how I see music and my creative outlet. Patience.

Check out more from tendai here!