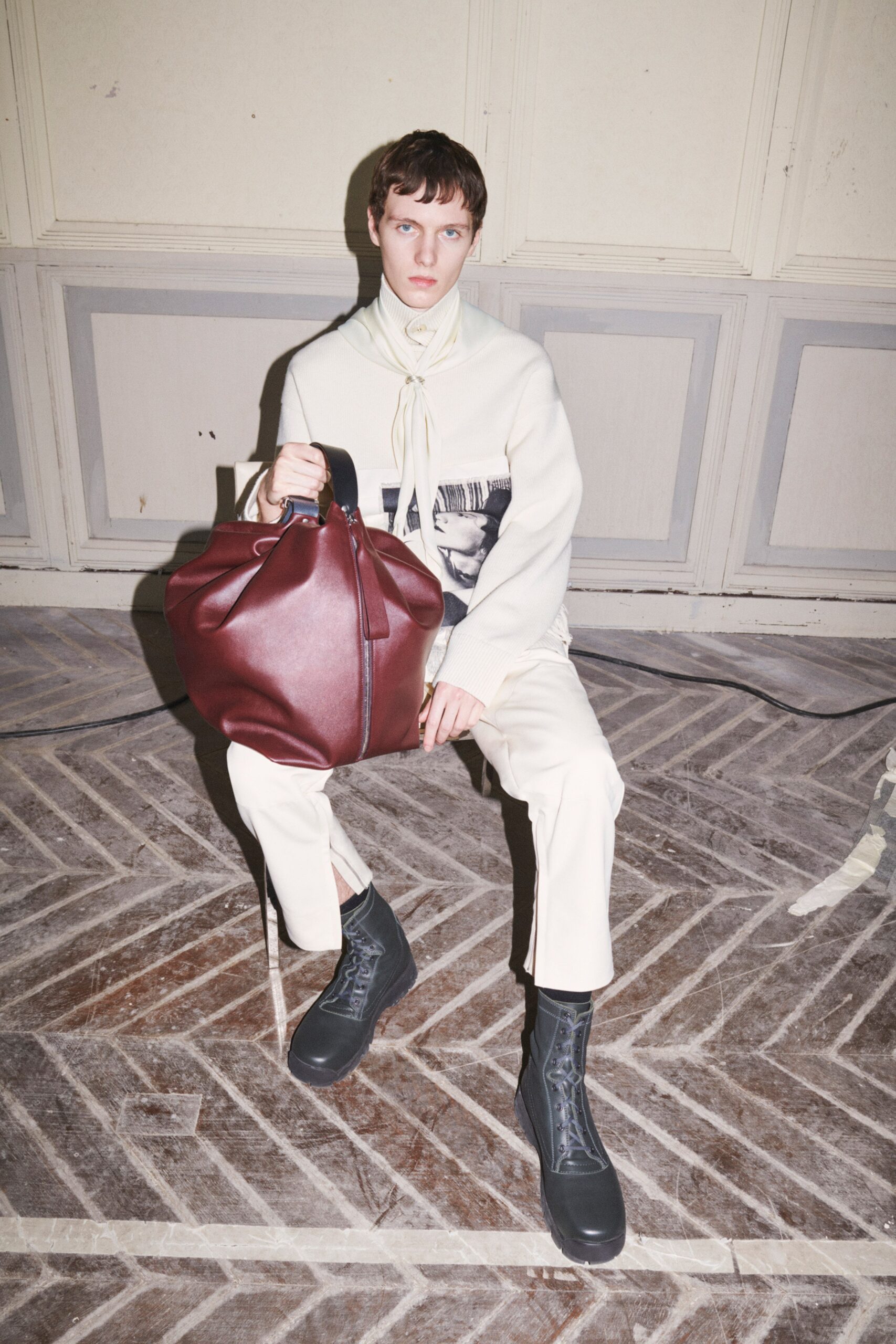 Like those nights you wake up and remember a dream, Jil Sander F/W21 Men’s show felt like an atmospheric exploration into the human psyche. Gently serious, yet also alluring, this dynamic show took on the responsibility of understanding what it means to accept the rawness in beauty. Each incredible detail of craftsmanship coordinated by creative directors Luke and Lucie Meier meant the collection had a subversive approach that straddled both eerie and edgy. 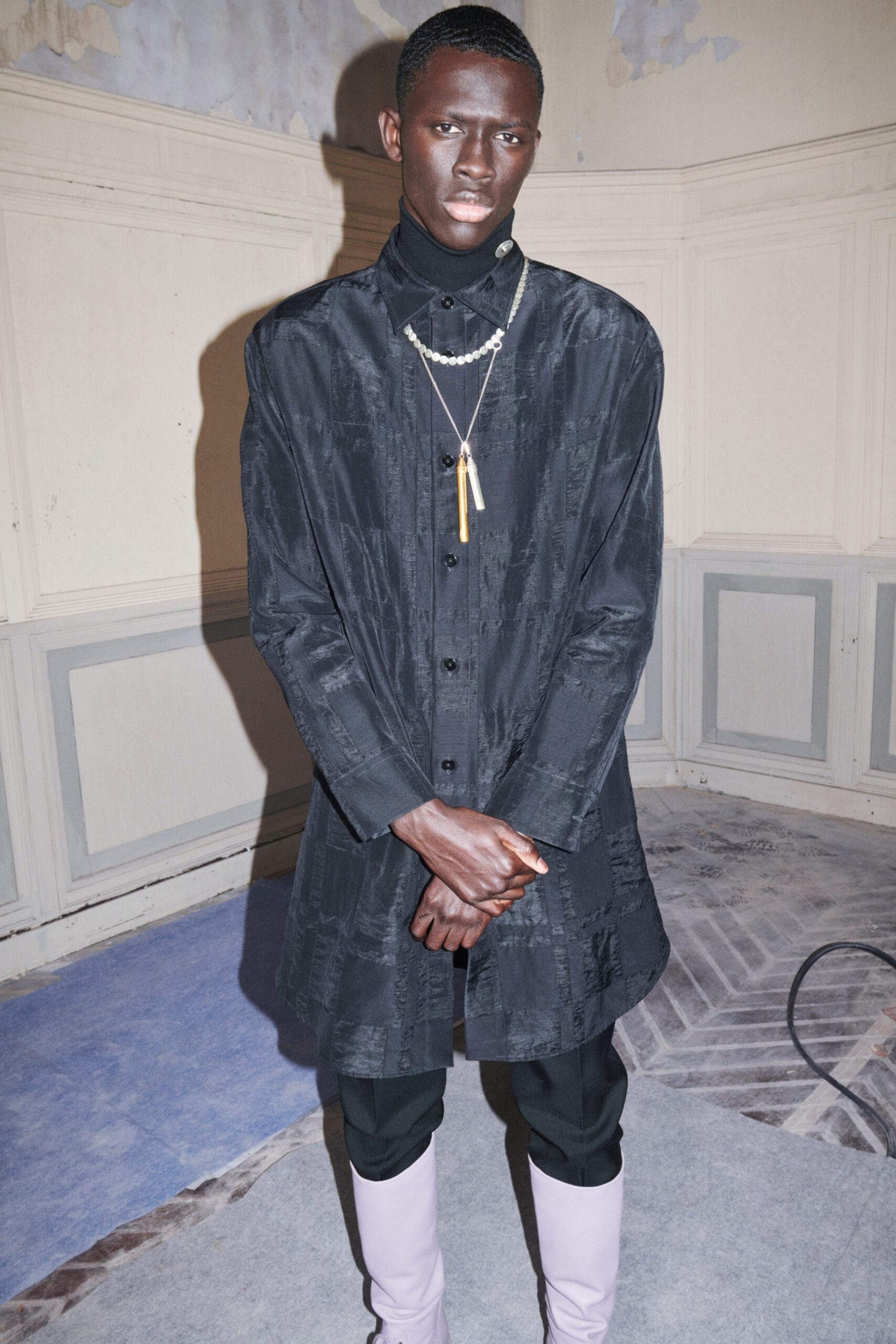 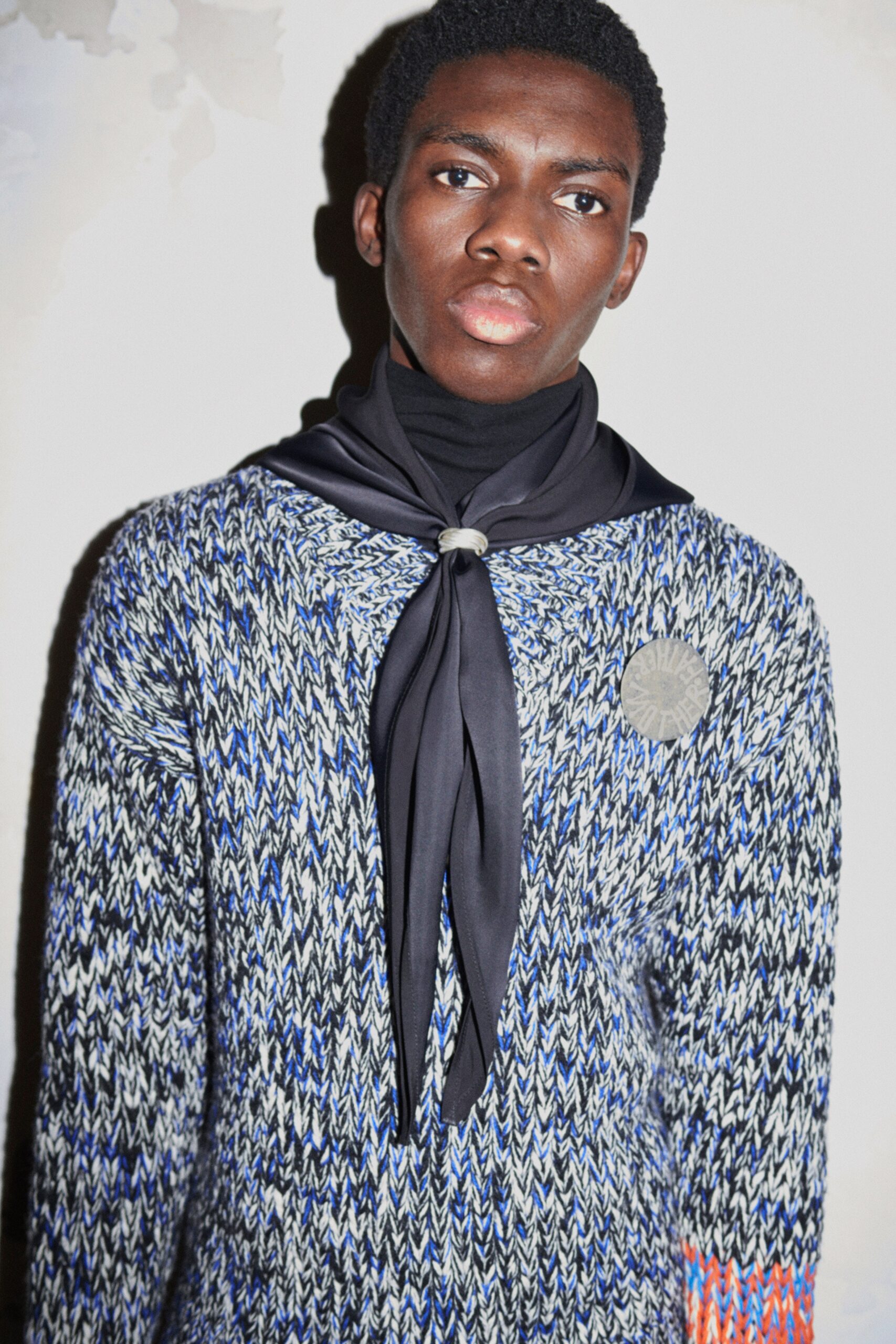 They say the most artistically intelligent reflections of our times do so with subtlety, and that’s exactly what the Merciers achieved this season. Encapsulating the contemporary air of isolation, this five-minute short-film by Stephen Kidd was a treasure of the week. From its setting: the dilapidated French castle of Château de Franconville, to the emulated roughness of the natural fabrics – leather, wool, etc. The collection created a sleek punk-ness that seemed to embolden our feelings around the current confinement. 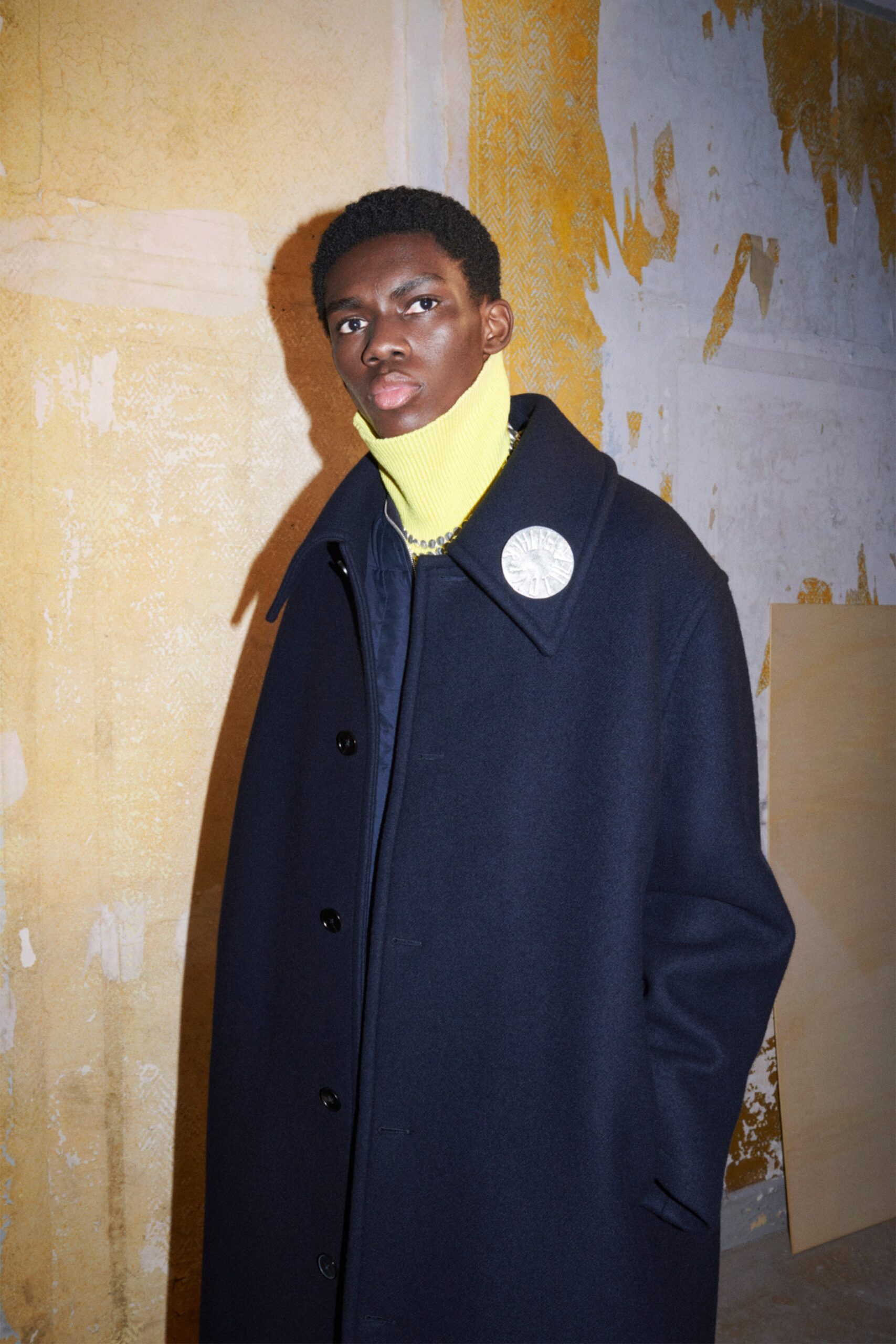 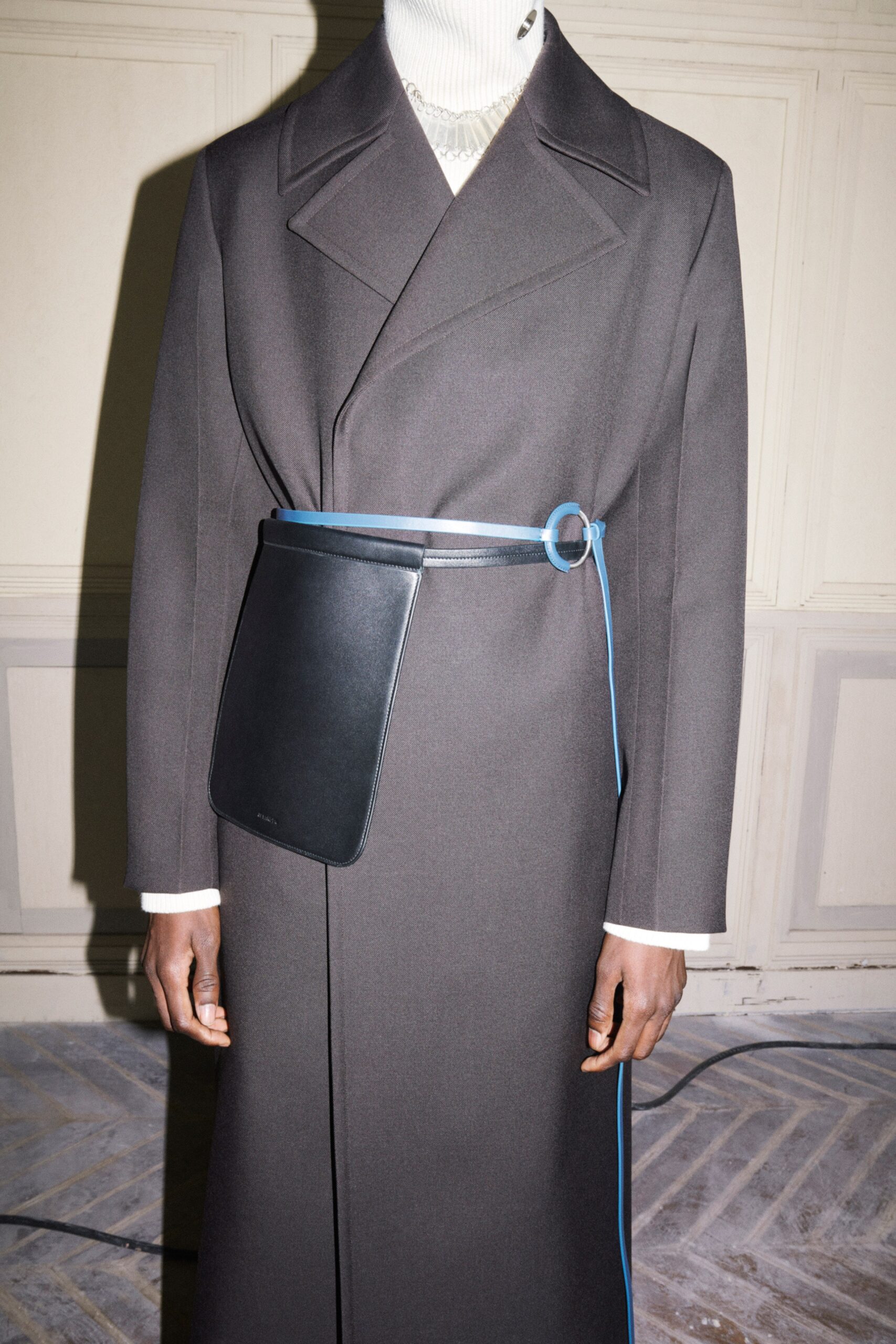 It was the capture of emotion which made this portrayal have a creative gravity. There lay a sense of yearning for the really important things in life – namely, family (given and chosen). As classics, one after another graced our screens, an appreciation for precision became apparent.  One piece in particular which caught our eye was a portrait of a Bauhaus student shot in the 1920s by Florence Henri, which drew in the presence of other, absent figures. Another, the elongated turquoise trench, which fell under the realm of refined workwear. An important feature of the collection was also the jewellery – which elevated each look through its brashness- we find a silver necklace that spells out “MOTHER” along its chain as well as large statement broached engraved with the same message. This kind of daring piece which holds so much ancestral ambiguity, it would make Freud give a cheeky wink.

Ultimately, it’s the idea that we connect our affections with, and it is that makes this a cerebral show. The Merciers remind us that if we can’t achieve the physical closeness, we can inwardly remember what means the most to us. It’s a sombre approach to the zeitgeist, but no less brilliant. It’s safe to say, Jil Sander F/W21 carries off a stark sense of beauty…. 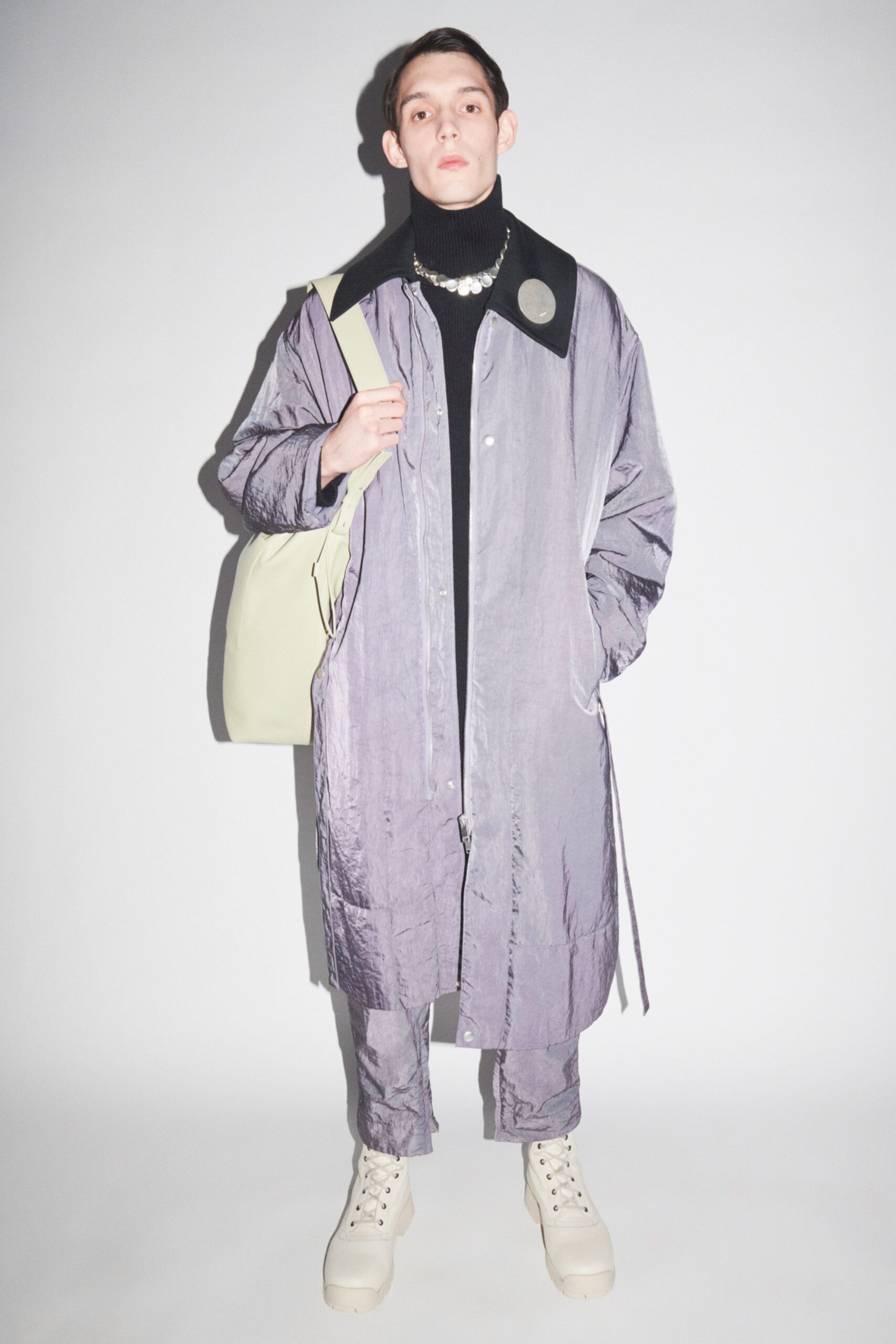 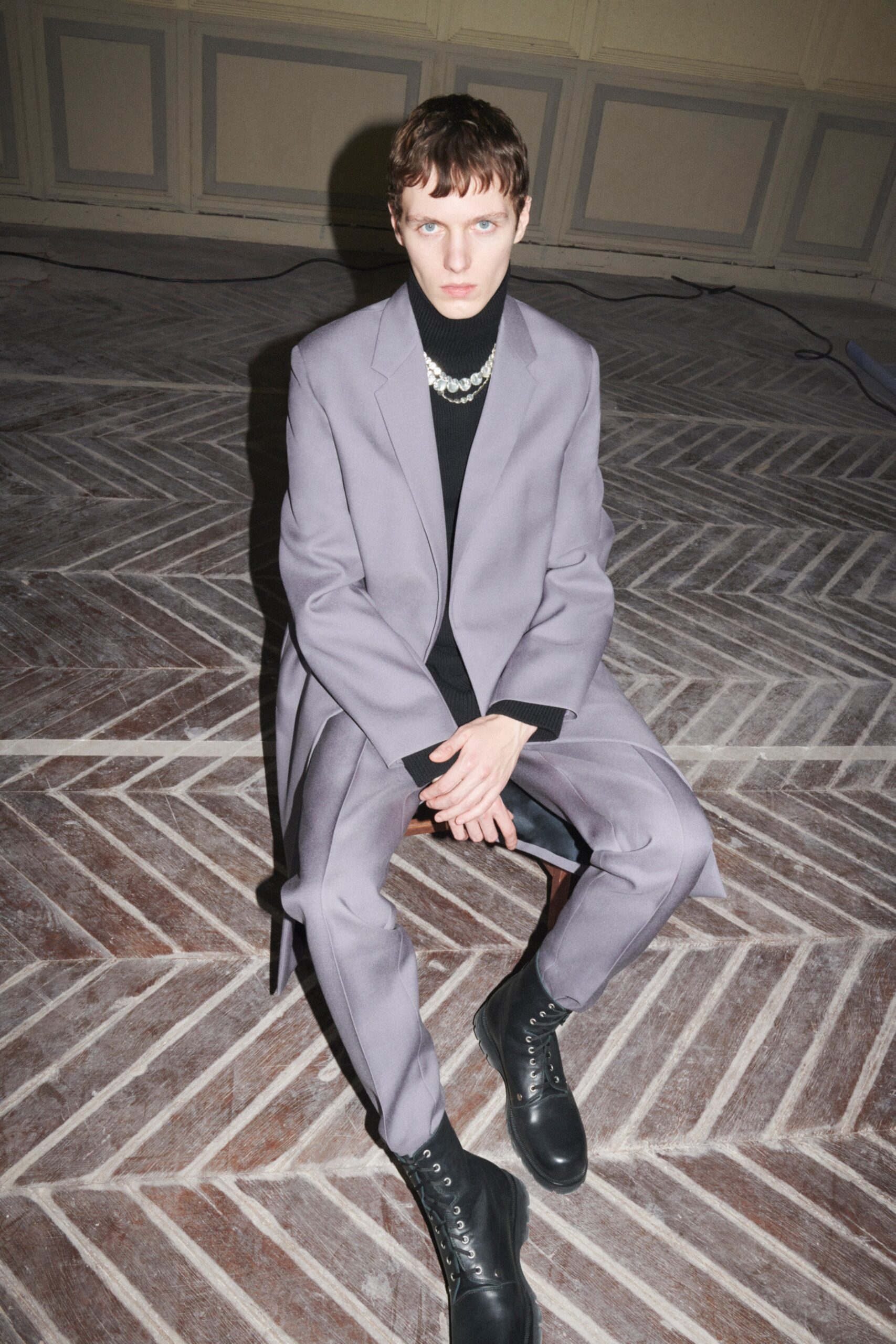