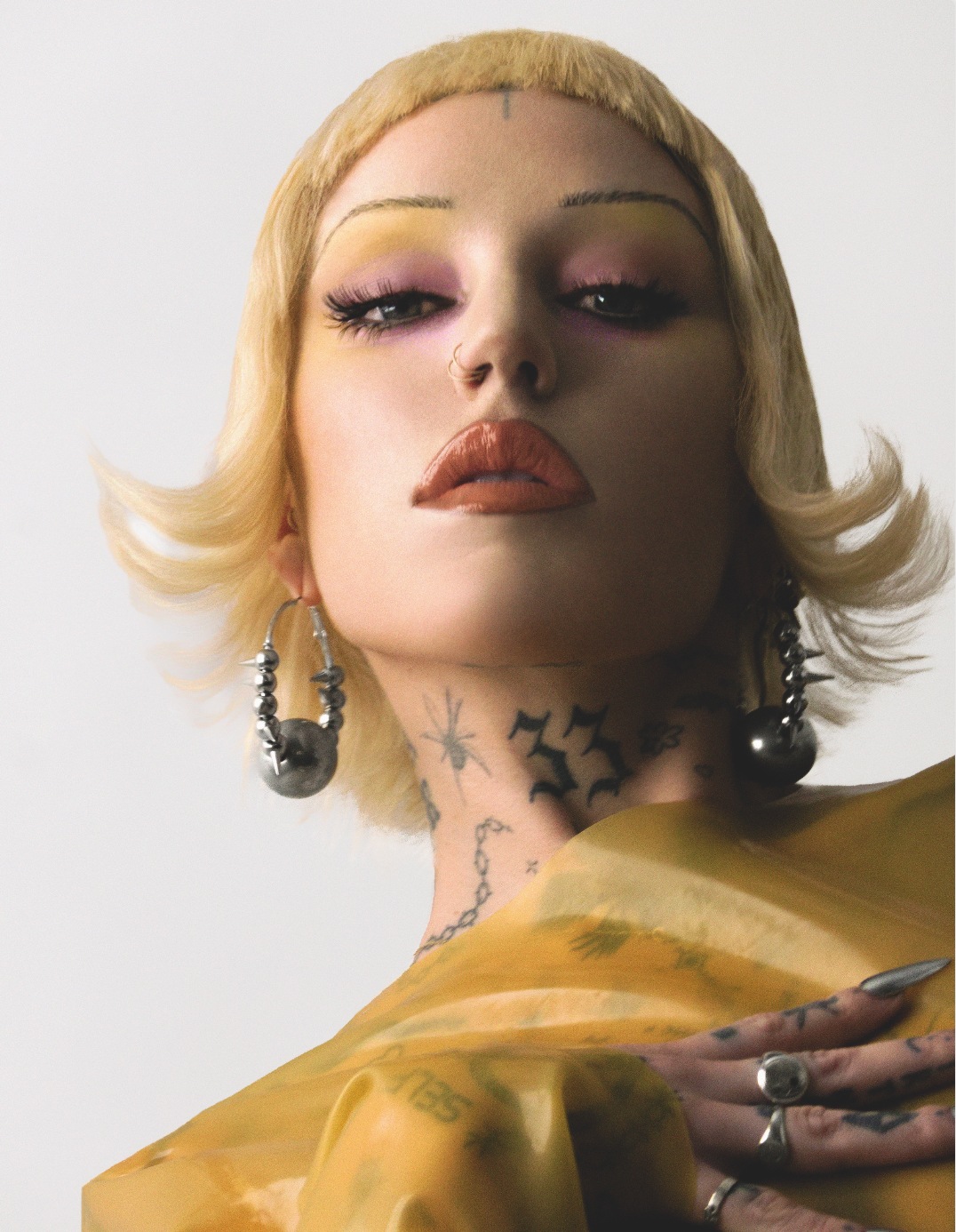 JOYRIDE: an exploration of the revived nightlife, architectural body and sexual liberation. An all-encompassing consideration of what the post-pandemic world will hold, and with that, whom we will be holding onto within it. As the nights get darker, heavier and holier, there is one gal’ we want with us along the way; rapper, singer, songwriter and tattoo artist, the iconic BROOKE CANDY. Forever a sight for sore eyes, I was first introduced to the virtuoso through a mutual friend in New York, though Candy has already seen her Glamcult debut back in 2018. Since then, she has released the notorious SEXORCISM album, featuring tracks like XXXTC and CUM, both streamed over five million times. So, three years later, and with a new album on the way, it was time to check-in, diving into her upcoming work, locational dissonance and drag-influences (BIMINI, we’re looking at you babes). A joyride it has been, and one we’re not likely to forget anytime soon! 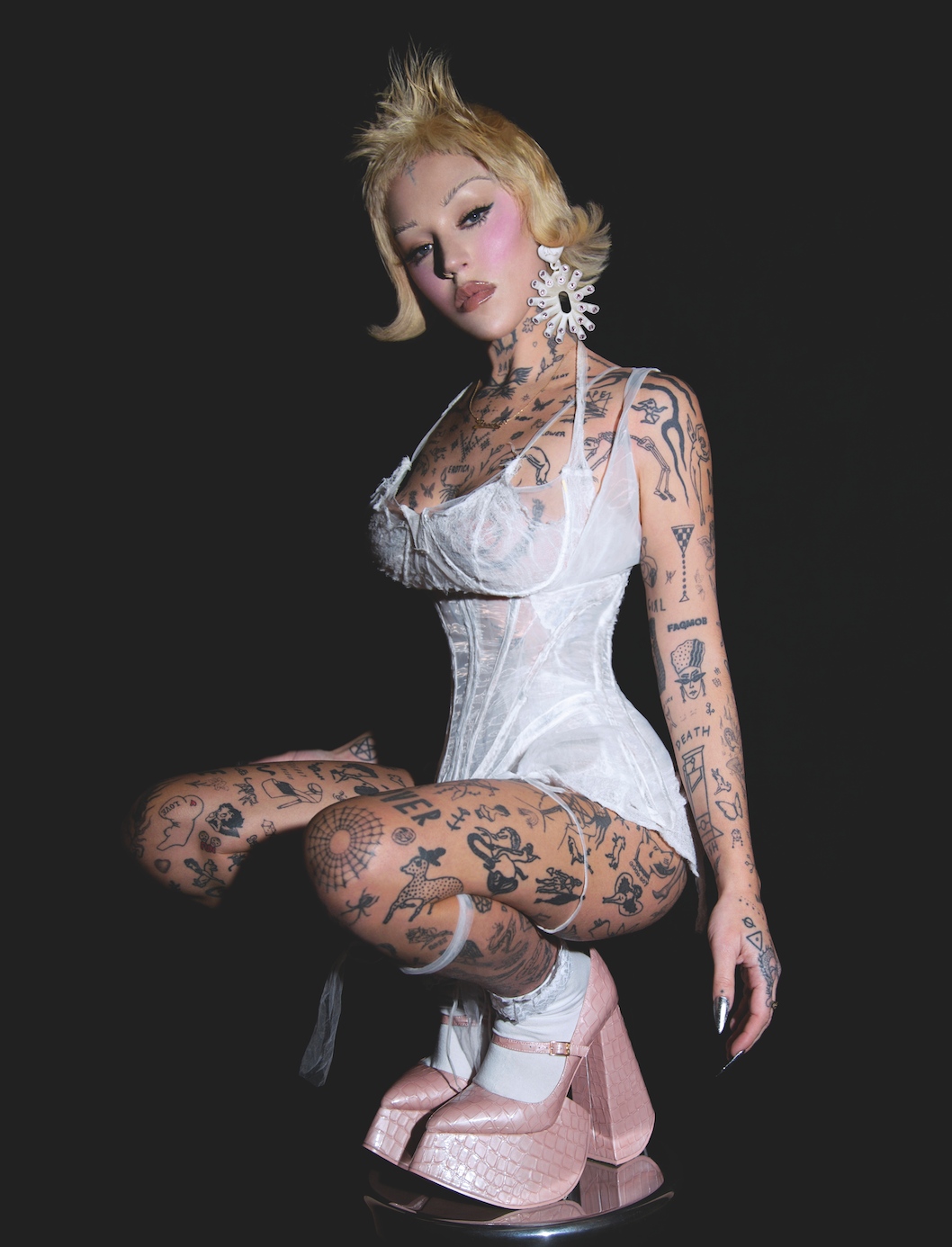 Hey Brooke, how are you today? Exhausted I imagine with all the travelling!
I’m doing okay today thanks — pretty jetlagged — but yeah, I really have been travelling a lot! It has been mainly back and forth between London and LA to make music, tattoo and just create as much art as I possibly can.

Growing up in the Agoura Hills of LA, that West coast energy is infamous. How did this environment influence you as an artist? (Even if it was what-not-to-do).
It’s so funny because I actually think that growing up in LA — it didn’t provide me with much ‘creative energy’. Though I do have a few friends that are savants (who I happen to be lucky enough to be around, and they have inspired me with almost everything that I’ve ever done). But, overall, I’d say LA definitely isn’t that much of an inspiring space. It’s just too perfect — it’s too … beautiful? There’s nothing wrong with it, at all, so you just don’t even feel the need to be inspired. You’re content to just live. I don’t know, it’s quite an odd feeling — it’s really pretty, but ultimately, I would have to say that most of my inspiration comes from things that are dirtier these days.

As a Brit, I think the UK definitely fits into this ‘dirtier’ category haha! It makes sense that you are also creating in London.
Yeah! The UK just brings out this wild side within me — a little devil maybe? And that’s not a bad thing.

Liberating I guess? There’s anonymity within the extraversion.
It’s so fun. The people that live in London are also just so fucking cool. So yeah, I think that’s where a lot of my inspiration comes from.

Super excited to hear you are coming out with new work! I am a huge fan of SEXORCISM. Any sneak-peeks of what’s to come?
So, my new album (or maybe even albums? We’ve basically created enough music for two records at this point haha) is definitely better than anything I have ever done… 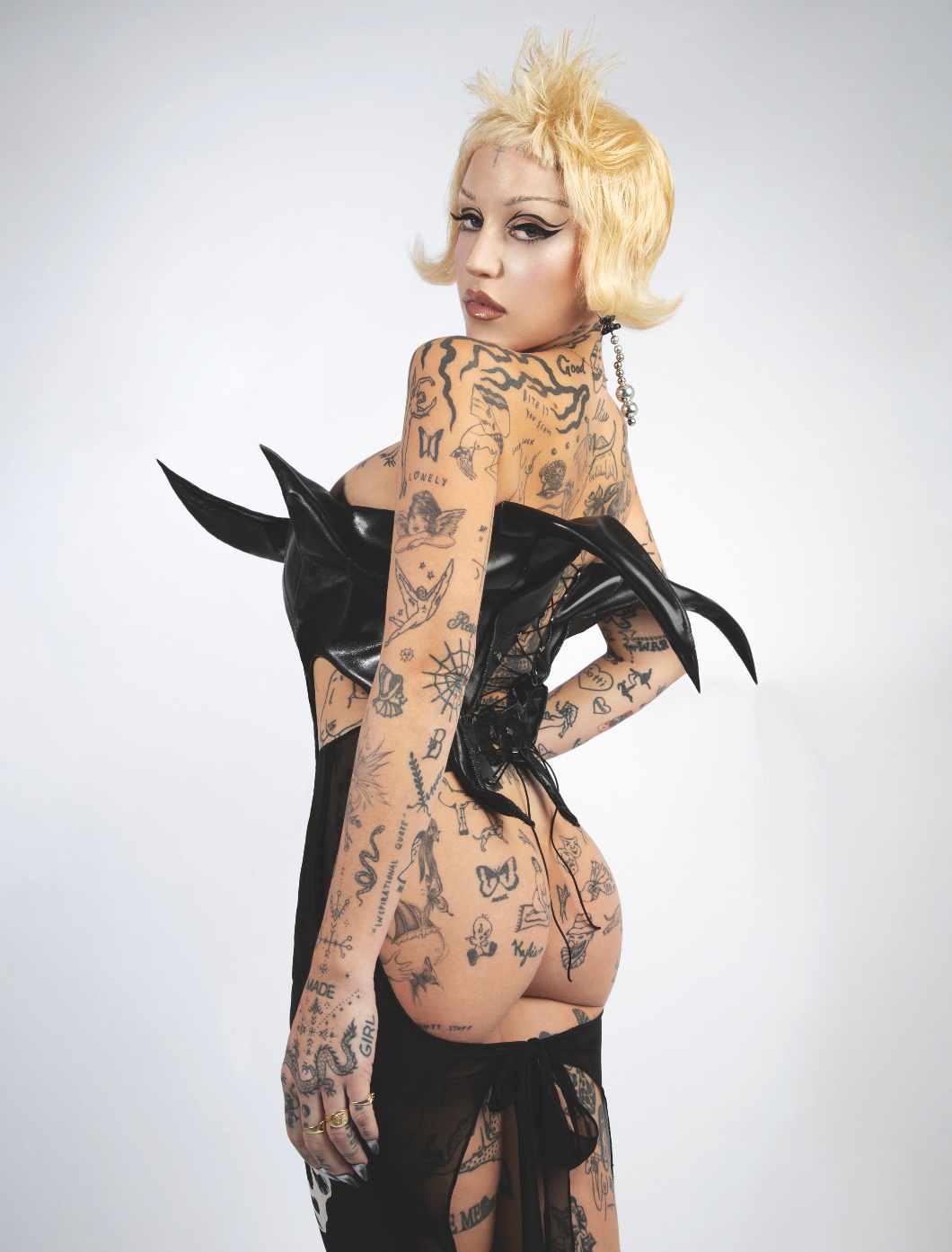 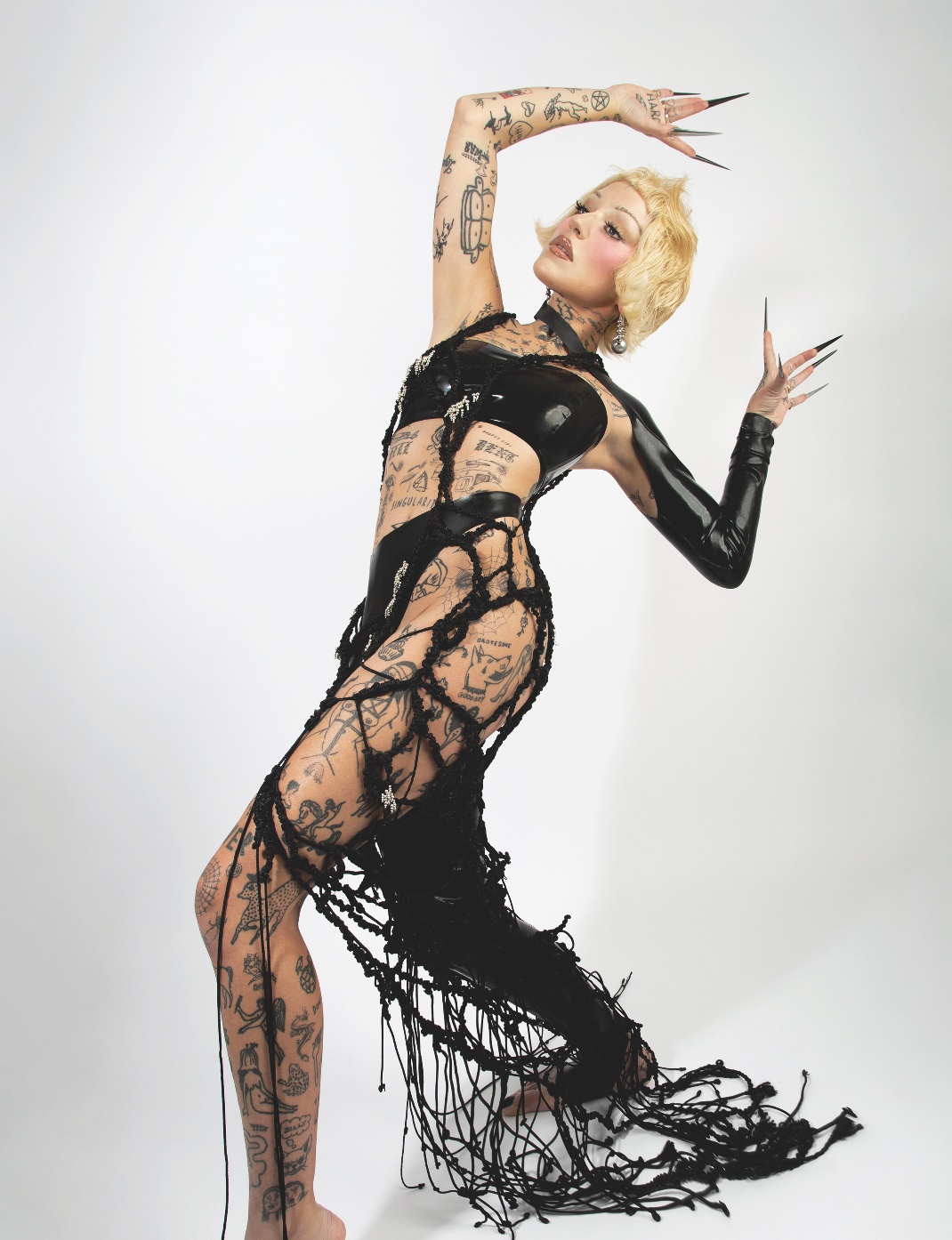 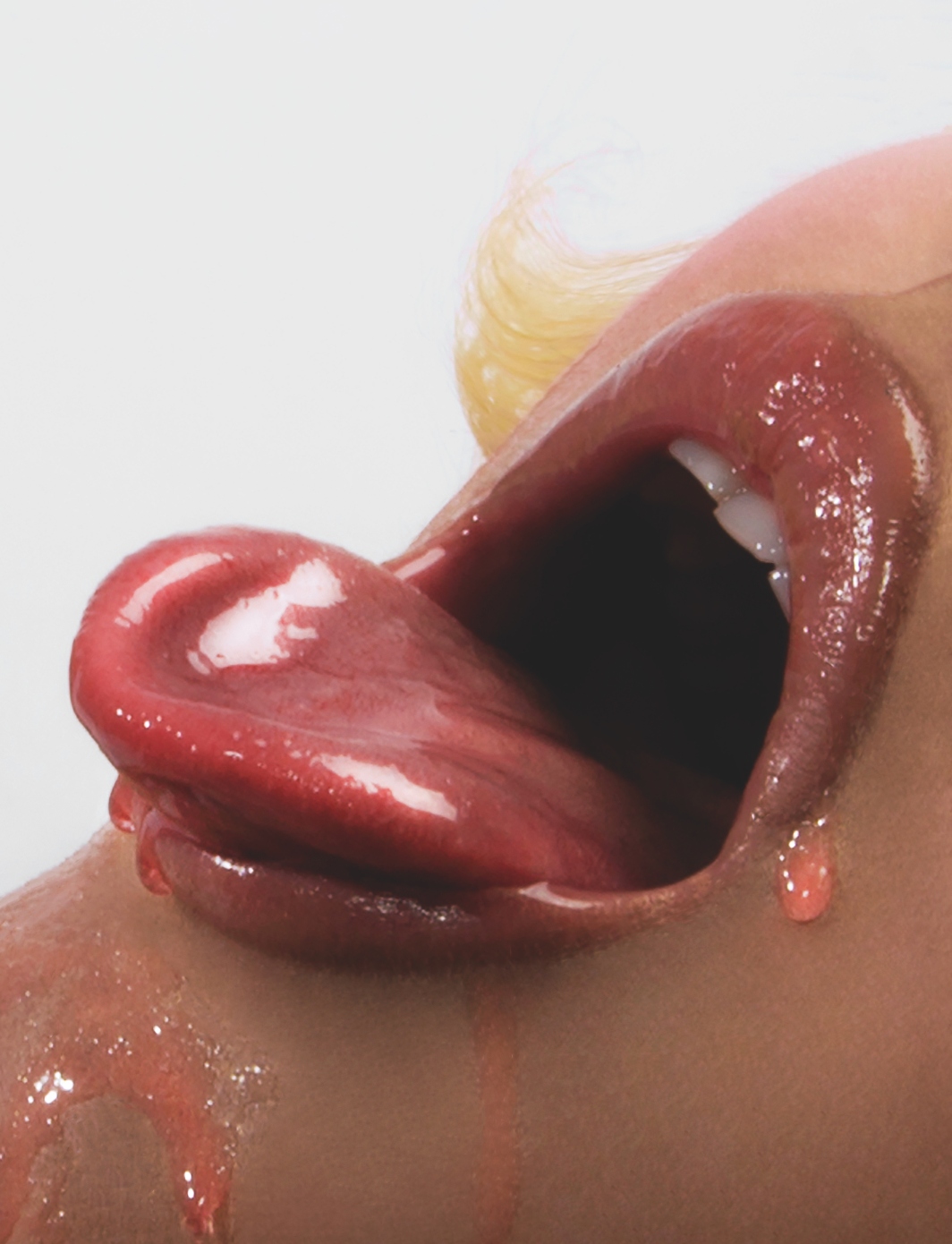