We need to talk about Barbie and the CFDA.

In 1959, a blonde doll by the name of Barbie came into the world. Over the course of the past 60 years, she held 180 different professions—from a registered nurse back in 1961, to a baby doctor in 1995, and finally in the ‘00s, she landed jobs as a scientist and as President. Barbie has been widely controversial throughout her years on toy store shelves across the world. For girls however, the doll is unlike any other toy. Barbie is someone to confide in, a best friend, an aspiration. 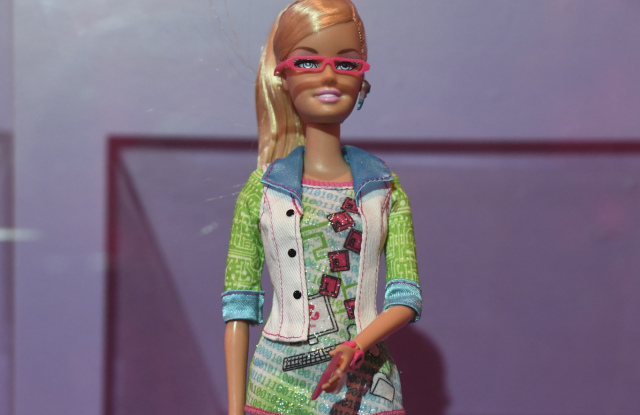 Today, June 3, the 60-year-old Barbie will be honoured with the CFDA Tribute Award that was previously given to Tom Ford, Michelle Obama, Cecile Richards and Gloria Steinem. Yet, no one seems to be addressing the elephant in the room.

The Barbie doll was originally crafted after a sexy cartoon strip figurine named The Bild Lilli Doll, discovered by the original creator of Barbie, Ruth Handler, on a trip to Germany. When the Barbie doll was first created by its respective owner Mattel, she was moulded as if she was 175 cm tall and weighing in at 49 kg. Her neck is twice as long as the average human neck, she has a 16’’ waistline and her legs are 50% longer than her arms. At this weight and with such shape, Barbie would have lost her menstrual cycle and would have barely been able to walk properly.

However, in the late 1960s, Mattel did the unthinkable. During the release of the infamous Slumber Party Barbie, a book about dieting for the doll was introduced. The Alliance for Eating Disorders Awareness has reported that about 90% of those with eating disorders are young women between the ages of 12 and 25, and during their survey, the women stated that they had played with Barbie dolls prior to being diagnosed at a young age.

In a 2006 study by Helga Dittmar, Emma Halliwell and Suzanne Ive, a group of 162 female children were given Barbie dolls, Emme Dolls—which approximately have a body type equivalent to a US size 16 or a european size XL)—and no doll. “The present findings suggest that Barbie dolls’ ultra-thin body proportions provide an aspirational role model for very young girls that cause body dissatisfaction” concluded the three researchers. The study also showed that, “It seems likely that there is a sensitive phase, when girls use Barbie dolls as aspirational role models, which may end around age 7 to age 8, because girls have internalized the thin beauty ideal by then, and their desire to be thinner is more a reflection of that internalized standard than a direct response to environmental stimuli.”

Although Barbie has undeniably been in the spotlight for many years, be it for good or bad reasons, it’s astounding that the first Barbie with a hijab—developed after Ibtihaj Muhammad, who was the first hijab-wearing American to compete and receive a medal in the Olympics—was released just two years ago,

Mattel is supposedly considering creating a same-sex marriage doll collection, but note that this is still being considered. This year Mattel announced the forthcoming Barbie Fashionistas collection, which features 33 new dolls of all body types and colours of skin. There will be a prosthetic leg Barbie and wheelchair Barbie available for purchase. But somehow, the worldwide company still relies on the heavy impact of the unattainable blonde icon. The first Barbie doll of colour was released in 1968, whilst Mattel’s “Black Barbie” was released in 1980, both dolls with caucasian bodies and facial features. 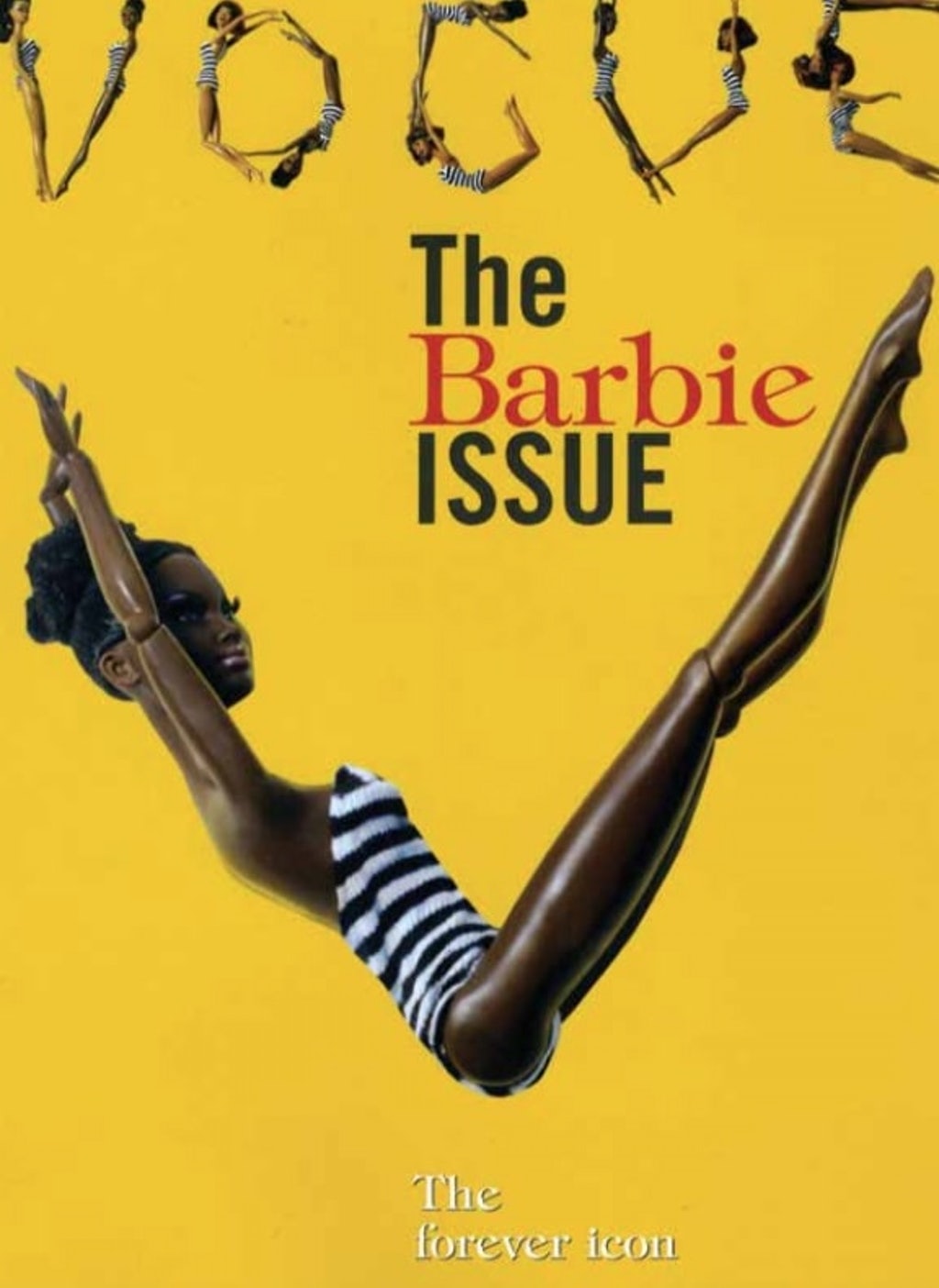 Even though Barbie has had a long, and at times troubled, life due to the decisions made by her creators, she has, nevertheless, been dressed by over 75 designers; from Moschino and Givenchy, to Christian Dior and Yves Saint Laurent. “Her story personally resonated with so many CFDA members that the Board of Directors decided to honour her with the special tribute,” Steven Kolb, President and CEO of the CFDA, explained of the award that will be presented today. It would be something different if she, the doll that is, were capable of making these decisions on her own, but she’s not. Fictional and lifeless, Barbie will always be dressed by someone else, which leaves a bitter aftertaste when considering she will receive one of the highest honours from the CFDA.

It’s also important to mention that Barbie’s corporate parents, Mattel, has been a CFDA partner for multiple years. “Most recently, a group of CFDA Members designed patterns that consumers could print directly from their desktops and stick onto Mattel’s ultimate fashion icon, Barbie, during September NYFW in 2014”, states CFDA’s website. Mattel has also been credited as a ‘supporter’ in regards to awards presented by the CFDA in the following years after the NYFW ’14 collections. This raises the question: Is this award given as a token of appreciation to the countless support from the Mattel corporation for the past few years? Or, does the board of directors truly look at this plastic toy as someone who has created more good than bad in the industry of fashion?

It seems as if the CFDA has not been paying attention to where fashion, the people in it, and the people revolutionising it, are headed. Instead, they appear to be blind in regards to the zeitgeist of their own industry. The world of fashion is now blooming with non-binary talent, plus-size models are cover models for top level magazines, religious garments are respected on runways and in editorials, political stands are ceaselessly taken, sustainability is a top priority for several large brands, and mental health and eating disorders are widely discussed across modelling agencies and in the press. The minimum age for models has also been raised by several corporations to ensure a safer work environment. Yet, the CFDA accounts Barbie as this year’s winner for the Board of Directors’ Tribute. “CFDA’s Board—composed of fashion stars such as Michael Kors, Vera Wang, Tommy Hilfiger, and Prabal Gurung—is bestowing the world’s #1 fashion doll with this award to celebrate Barbie’s influence on American fashion and her role as an inspiring icon around the globe”, proclaims the CFDA press release.

While all of this is great news, it doesn’t account for 60 years of negative influence on people of colour, who haven’t been able to recognise their own facial or body features through the world’s most popular doll. Nor does Barbie acknowledge black hair as something different from her regular pale white locks. The doll’s sexual orientation has also been ignored by Mattel, through solely relying on her relationship with her male counterpart Ken since 1961. Gender identity issues in young children are not being considered through, for instance, creating more gender fluid dolls, and Barbie is still presented as the ultra femme, long-haired girl with a materialistic mindset. Religion has been ignored by the Mattel corporation, as previously mentioned regarding the production of dolls with hijabs—a necessary step for human equality and right to equal play that has taken Mattel 58 years to take.

It’s simply not enough. If the CFDA is accounting for Barbie’s history and influence of dress as something the doll created for herself, by herself and without help, then the plastic doll should also be accounted for the other bad side effects and influence she has had. ‘Ignorance is bliss’ is a term that would best describe the CFDA’s decision on awarding Barbie with the Board of Directors Tribute. It’s fun to play dress up, but this award cannot be given without careful consideration of past recipients either. A doll this problematic in all above-mentioned respects should not be sitting next to feminist icon Gloria Steinem, or pro-choice activist Cecile Richards, who served as president for Planned Parenthood of America; both previous winners of the same award. It’s concerning that a group of industry leaders can’t see the truth for what it is and spot the blonde, blue-eyed villain right in front of them. 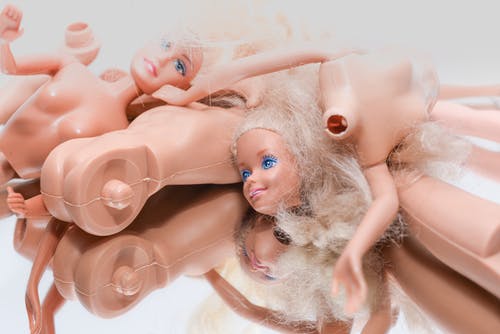