LOVE / CHAOS / THE PRACTICE OF FREEDOM

Punk icon LOUISAHHH steps up to the plate with ALYX

If you’ve never heard of the singer, songwriter, DJ, and feminist thinker Louisahhh, we’re here to set you straight. The epitome of punk poetry, her message of sexual liberation, bodily autonomy, and the power of surrender while engaging in kink-play is loud and unabashed – demanding an audience with the strength to create change for the better. It was only natural that she would team up with fellow Paris-based brand, Alyx, to launch a t-shirt in conjunction with her EP release with all of the proceeds going to The Okra Project. We spoke to Louisahhh about the collab, the initiative, and her journey as a subversive musician in a male-dominated space.

Hey Louisahhh, how have you been?
I’ve been feeling totally insane getting back to touring, also grateful and thrilled and overwhelmed and exhausted. It is a rich cacophony of feelings at the moment, ha.

I can imagine that performing again must be so wonderful, but also so alien after the year we’ve had. At the same time it’s fulfilling to be recognized by others for the work you do. Speaking of which, super exciting to see this project with Alyx – could you tell us a little about it?
I’ve been a big fan of the brand and of Matthew Williams’ creative vision since I played Alyx’s first Paris Fashion Week party in 2016. Since then, I feel like the label’s aesthetic, and the universe my own work inhabits, have continued to exist in a really congruous way – and I wear a lot of Alyx clothing and footwear to perform. It makes me feel sexy and powerful. Since our first meeting, Matt has also become a dear friend and I deeply respect not only his ideas as a designer, but his ethos and spirit. I have a lot of love and admiration for the integrity with which he navigates adversity.

It’s so rare to find someone who you can share a platonic and professional love with, but it definitely produces art on another level. Love Chaos, and The Practice of Freedom are such powerful messages. What do these phrases mean to you, and in what ways do they relate to the music?
Thank you for this question! Interestingly, both ‘Chaos’ and ‘The Practice of Freedom’ are ideas rooted in feminist academic works. The former’s lyrics grew from a seed of inspiration provided by Judith Butler’s ‘Gender Trouble’. The energy of the song is (like much of my own work), deliberately disruptive: ‘subtle ruse/delight/confuse/power/structure/rapture/rupture,’ – this howling is anchored in the notion of casting off social presumptions when it comes to the performance of gender and sexuality, inhabiting something primordial and authentic, and celebrating that which is more impossible to define. Similarly, the record is titled ‘The Practice of Freedom’ after Bell Hooks’ ‘Teaching to Transgress: Education as the Practice of Freedom’. On a personal level, this title has actually been prophetic. This album (releasing it, learning to perform it), has actually forced me to transgress what I knew myself to be and truly get free. Shaking the chains of expectation off creatively, and even administratively, has helped me grow into a person that could be brave enough to stand by a record that is this challenging. When I was making it, I thought the title referred to my awakening around my own sexuality – specifically in terms of kink – but it’s actually revealed itself to be about a broader and more powerful definition of Freedom, for me at least. 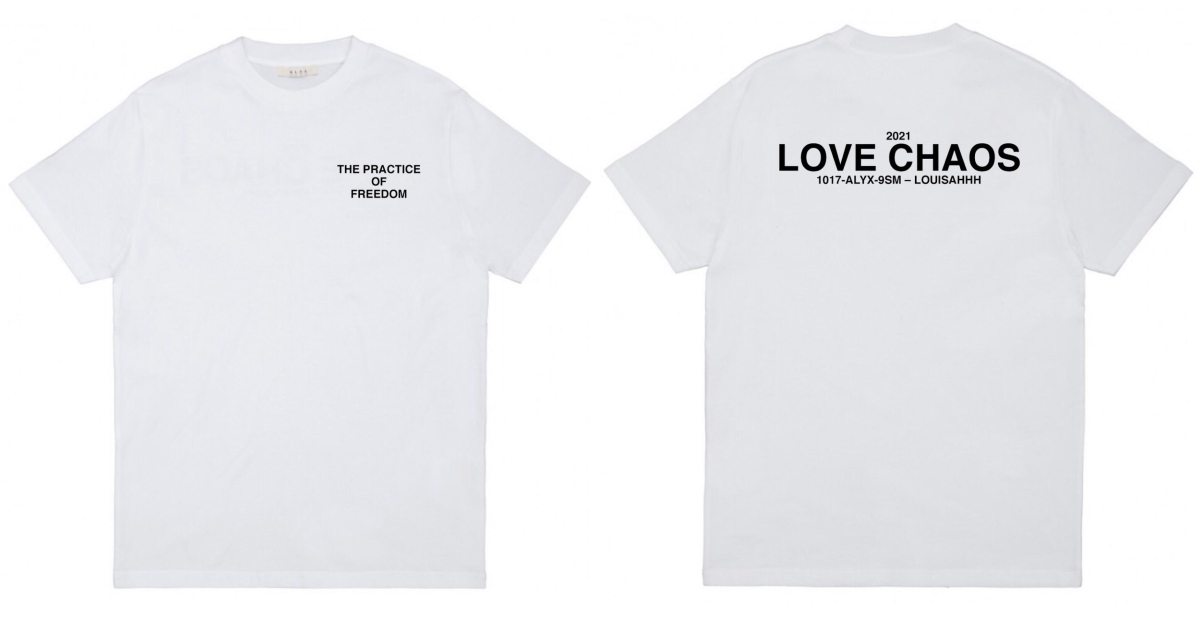 It’s so interesting how your work has the capacity to evolve and change so much, and it’s entirely contingent on how we see ourselves reflected within it. I know you’ve been making music and performing since you were 13 – what is it like to have that creative outlet and scene so closely linked to your upbringing and development as a person?
This question actually makes me super emotional (maybe it’s the jet lag). This morning I landed back in Paris from a couple of days in Montreal surrounding a show. My dad and his lovely partner met me and Maelstrom (with whom I was performing), and we spent 36 hours going to museums, eating good food, and listening to my father regale us with tales of previous trips to this city – touring with Pink Floyd and doing press with Leonard Cohen. My dad has been a life-long music fan – to the point of making it his life’s work, and I realize that in a lot of ways, my whole career is an attempt to make my father proud; our relationship is communicated through our love of music. We can’t really talk about feelings, but we play each other songs, and this is the history and expression of love. My dad is turning 74 this year, and I see more and more how influenced I am by him, my desire to be seen, to make him proud, and to feel his love. In this version of the story, music isn’t so much a feature, but a backdrop to it all – just like we don’t talk about oxygen when we discuss our daily habits, it’s a given. Music is a given.

I can imagine that those must have felt like such large shoes to fill, but also such a special bond to have not only to your father, but also your own work – having music be so intrinsically linked to the most intimate parts of your life. So much of your music explores BDSM and kink culture, with an incredibly strong exploration of the power of surrender. Have you noticed any positive changes lately in terms of the music industry regarding the de-stigmatization of the culture?
It does seem like we are observing more and more crossovers between techno and BDSM-inspired fashion or fetish events, and while this is cool, it definitely comes in waves. It feels like there has always been a kind of kinky undertone to more industrial and EBM music scenes, and it’s only now entering our contemporary mainstream in a visible way. Beyond de-stigmatization, I think it’s actually super important that, as we deconstruct rape culture within electronic music (we’re going through our own ‘#metoo’ moment right now), there are so many valuable ideas and protocols around communication, consent, and community we can borrow from BDSM. I’m excited for these to be adopted in more mainstream nightlife in a way that makes more people feel safe, included and accepted.

I completely agree, especially since lack of discourse usually makes those who are most affected by it feel completely isolated – it’s so nice to feel that your community is backing you up. This project with Alyx will certainly contribute towards this change – could you tell us about The Okra Project?
It felt appropriate, given not only the inspiration of the song ‘Chaos’ and its roots in disrupting old paradigms of gender or sexuality, but also this historically violent moment post-pandemic, which has disproportionately affected specific communities – especially Black Trans people – that we might try to use this collaboration to try and be of service to those in need. All proceeds from the pieces will be going to the Okra Project because their work supporting Black Trans people experiencing food insecurity in a loving, opulent, and nourishing way is inspiring and powerful.

It’s so amazing to have a project with so much love put into it nourish and care for those who need it most. You’re a phenomenally talented artist with such a strong message – what is one dream (personal or professional) you hope will come true someday?
Thank you so much for the kind words! Right now, it feels like my heart’s lifelong dream of performing on stage with a band is really coming to fruition; playing the live shows is the best thing I have felt in my entire existence and my desire would only be to do it more, more, more. 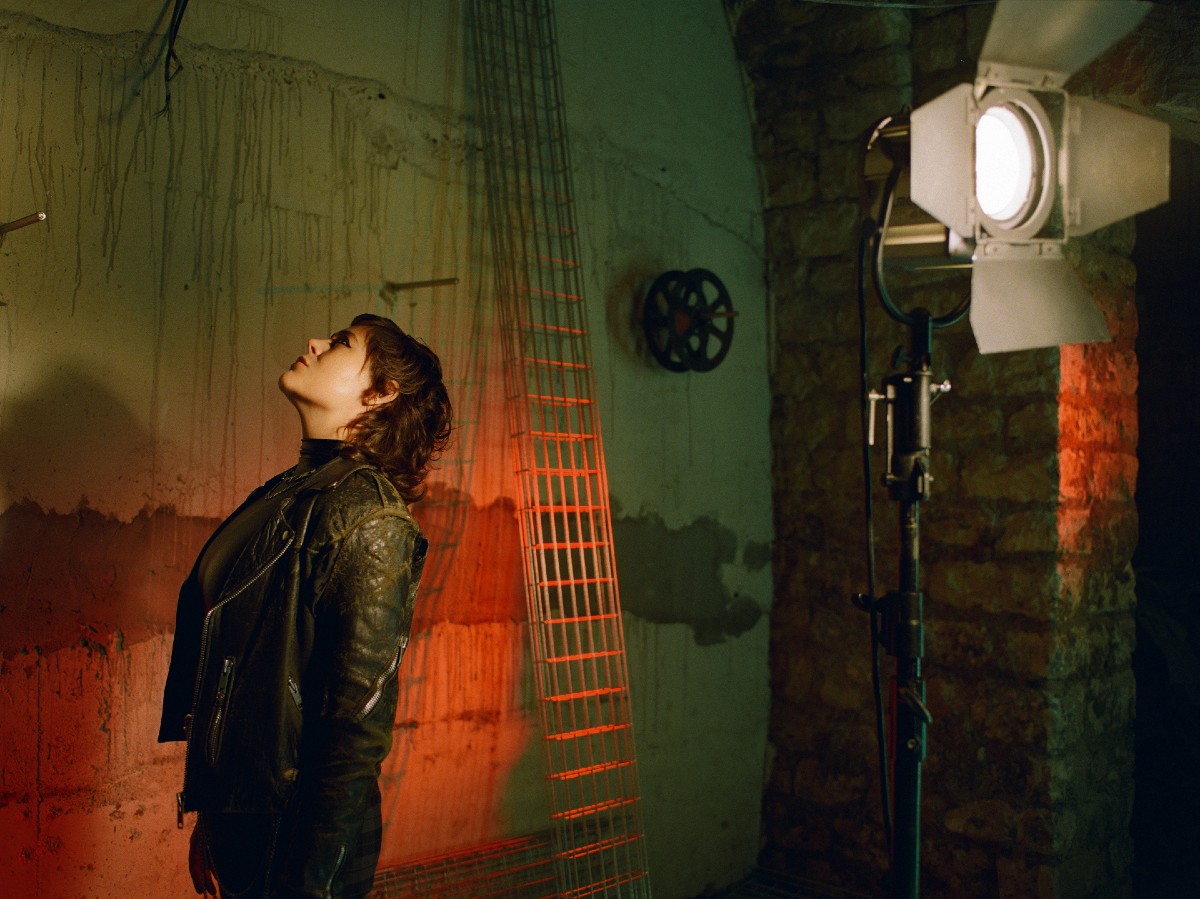 Donate to The Okra Project
Find the collab here