“I would like to get to know myself through the lies I tell.” 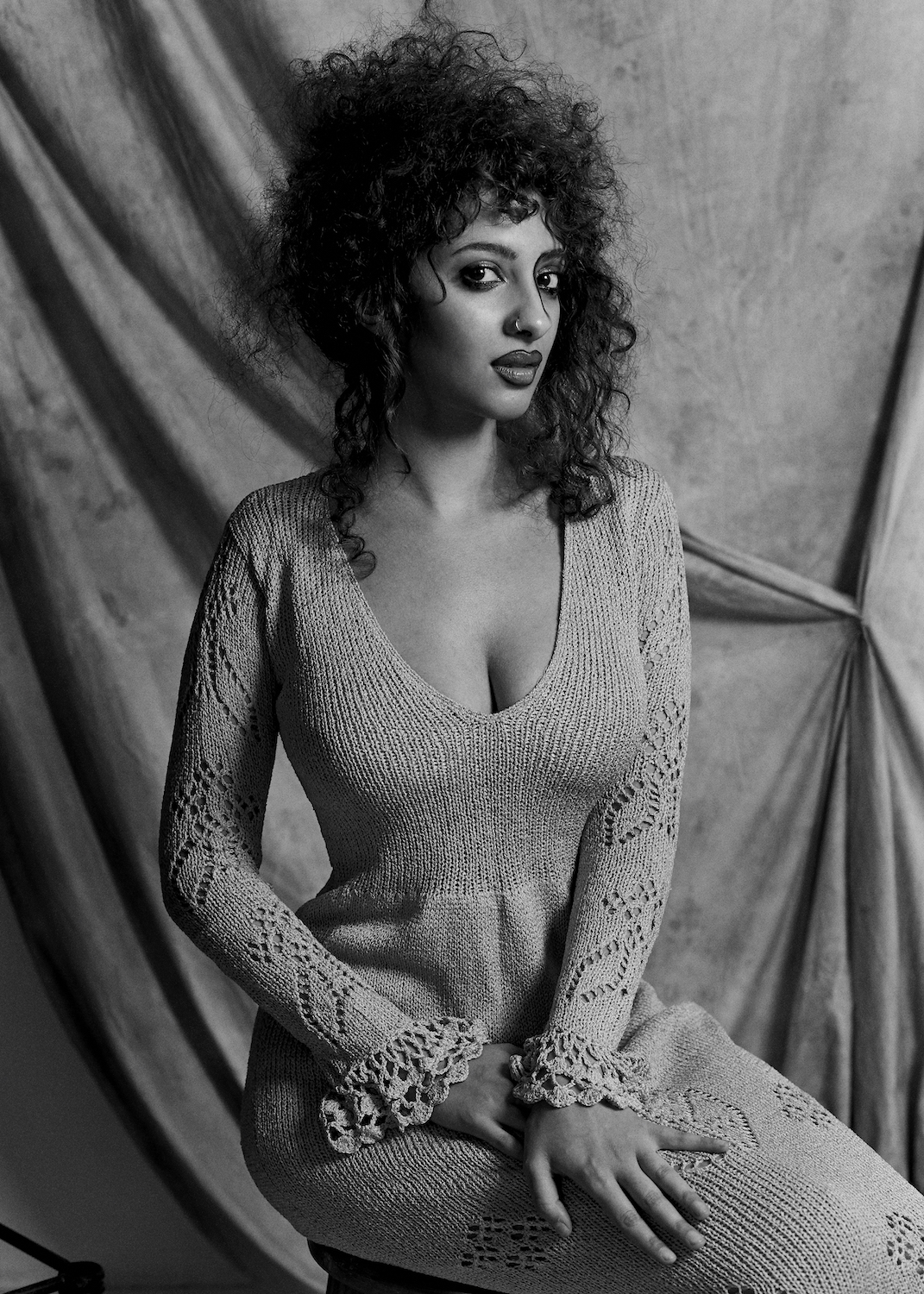 Sadaf is one of those artists that know how to poetically intertwine emotional sincerity with eloquent thought. Next to that, she’s also a juggler of many talents and emanates the creative power behind all the various elements that make up her visual identities. Whether it’s solo-shooting the cover of her first album, “History of Heat”, creating intricate drawings, playing the violin or piercing your bones with otherworldly vocal experimentations, she masters them all; and this is just the tip of the iceberg.

Sadaf came to grace through her music productions that launched her into NYC’s nightlife. Alongside her musical projects, she kept on working on many of her other artistic talents, spreading her wings to exhibit and perform at venues such as MoMA PS1, Performa and 9th Berlin Biennale. Soon, the Stedelijk Museum will be added to that list, where during Sonic Acts festival Sadaf will engage and entrance spectators through a durational performance based on her latest album, floating somewhere between abstraction and lyricism. In anticipation of her Amsterdam performance, we got a chance to chat with her about in-betweenness, make-believe, and music that makes her heart skip a beat.

You were born in Iran and grew up in Canada, how do you think this being in-between cultures has influenced your work?

It’s not something that I think about consciously, but of course, my upbringing and background must affect the work I make. I lived in Isfahan, Iran until I was eight years old and again when I was twelve, so it is something that is deeply ingrained. But it’s also true that I don’t feel fully Iranian, neither Canadian, nor a New Yorker after living here for almost a decade. I could never intertwine my identity with a particular place and in that way I exist very much in-between, and I like the freedom that it gives me.

Another type of in-betweenness is that that you seem to oscillate between the art world and the music industry. Do these different universes ever bleed into one another? If so, what are the after-effects?

I don’t think of these worlds are so different from each other. Both my musical and visual output comes out of an isolated introversion and is then presented publicly. Whether that is at an art gallery or a music venue doesn’t really matter to me. What’s great about music is that it’s very accessible; most people can find and stream the album online, globally. Whereas with art, it’s on display for a short amount of time, then it disappears into private collections and becomes more complicated to view again. It’s essentially the documentation of the work that circulates. That’s one reason why I enjoy working across disciplines, because the medium is coded and reaches different audiences. For my upcoming performance at Stedelijk Museum, I will be mixing sound, installation, movement and video, and that intersection feels quite natural to me.

In your music and DJing, you don’t follow a set genre and like to experiment with sounds. At the same time, the borders between music styles are blurring. What do you think the future of music will be?

It’s impossible for me to predict the future of music. In fact, I think that if anything, there will be an even greater emphasis on genres and subgenres, because that is what is easy to market. Each year we seem to move towards a more complex branding of musical styles. I sometimes think about this word combo I see often—“Avant-pop”. To me, it has come to mean an artist who makes pop music wrapped in an adventurous styling. Instead of doing away with these categorizations, it seems like the category is becoming largely tied to an aesthetic, more of a fashion fad instead of inventiveness. This is problematic, because it further marginalizes people that actually work within an experimental framework. That being said, I think that history has a way of bringing to the forefront work that was overlooked during its time, but for that we need really talented curators and historians. 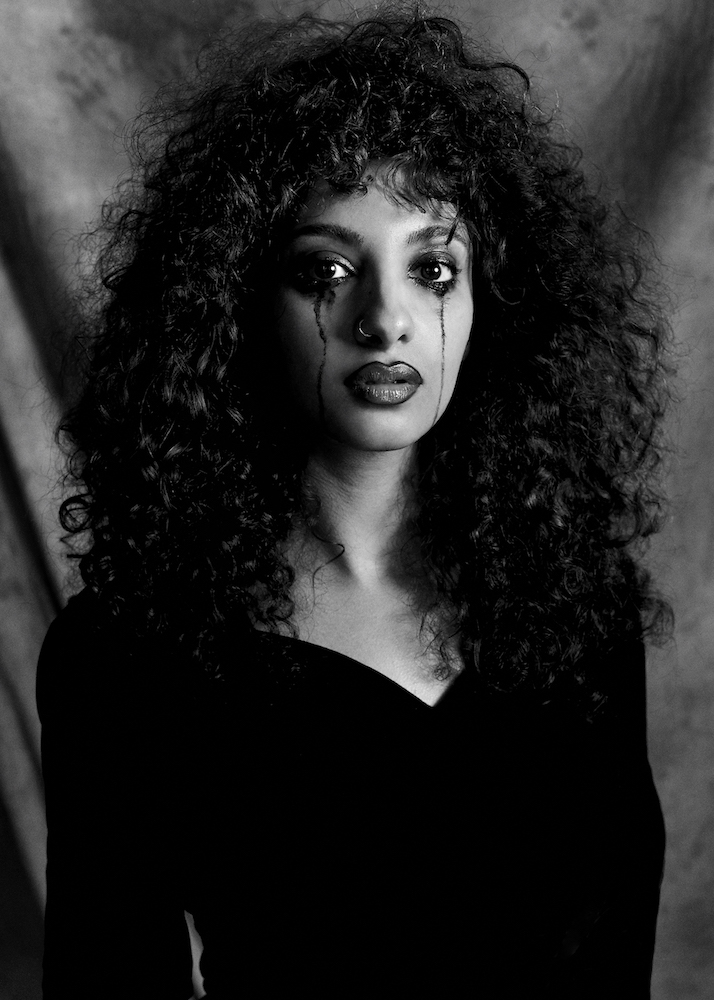 You’ve called your work “autobiographical fiction” and you see your art as a form of therapy. How does the fictional part contribute to your process of creating?

The fictional narratives in my work come out naturally when I improvise. I think it’s a way for my brain to code or to distort my experiences. Moving forward, I would like to distance myself from the autobiographical and focus more on make-believe. The more self-aware and autobiographical someone is, the less I trust them. It’s very hard to know ourselves; I think the only way to be honest is through fiction. What stories we are drawn to, what characters do we make up and observe? But for that to be true, there has to be a process of improvisation, it has to come directly from the inaccessible corners. I would like to get to know myself through the lies I tell rather than the truths that I make-believe.

What kind of art and music makes your heart beat faster?

The kind that I perceive as “honest” and “absolute”; I say that in quotations because those terms are kind of funny to use in 2020. It’s more of a feeling of something being authentic and not contrived. It’s also very personal. For example, in the mainstream history of music I dislike—David Bowie, the Beatles and Bob Dylan; they make me cringe. But I love—The Animals, Leonard Cohen and Roy Orbison. What can I say, there are certain things that move me and certain things that I immediately dismiss. I do know one thing: if there is no sense of melancholy in the music, I’m really not interested. I don’t like theatricality, but I love tragedy. Fassbinder said, “As long as movies are depressing, then life isn’t,” and I agree with that sentiment.

Physicality and materiality take center stage in your work, whether it’s in your art or music. What draws you to those?

There’s nothing specific that draws me to either; they’re part of everyone, physicality and materiality. That being said, maybe it would be interesting to isolate those things from self-reflexivity. I wonder what it would look like to make an album that forces the listener into a purely physical and material space. For me, that would have a lot to do with the production of sounds as well as using the voice itself as an instrument.

Rather than committing yourself to one field or medium, you prefer to work interdisciplinary. Apart from performance, music, sound and visual media, are there any other fields that you would like to explore?

The term “multidisciplinary” or “interdisciplinary” could mean so many things. I would like to unify my work by an aesthetic, an obsession, a common theme rather than a medium. I would rather say that, “I work on the theme of love” or “I work on the theme of confusion”. I would like to make narrative films and I’m sure that I will. I should specify “films” however, because to me most mainstream films are an elaborate form of advertisements; sometimes beautifully-shot and well-acted advertisements with big ideas behind them, but advertisements nonetheless. Serge Daney in his three-hour interview by Regis Debray talks about the opposite when he describes one of Jacques Rivettes films: “There isn’t a single shot in it that could sell anything, that could sell the actress, or the quality of the sun, no, it’s used for something else… for building time”. That’s the kind of work that inspires me.

You’re interested in theory too! Which theories currently fascinate you?

I’ve always been interested in theory, even before I could grasp it. As a teenager I thought it was “cool” because I wanted to be an adult as fast as possible. I’ve always been into theorists that leave a lot of room for interpretation: Jean-Luc Nancy, Philippe Lacoue-Labarthe and Maurice Blanchot, to name a few. I’m still stuck in that era for almost everything; music, films. Recently, I’ve shifted to reading tragedy, because it’s a lot of fun. It’s similar to watching a sexy soap opera. Jean Racine and Heinrich von Kleist are the ones that stand out to me. I just finished “Penthesilea”, and it’s devastatingly beautiful and ugly at the same time.

Instead of making art, in a way you seem to have become art. Would you agree?

Although I’m flattered that you think that, I really don’t see myself that way at all. My work and my person are not the same thing, and I would not want them to be. I think it’s important to keep a private part, a part of myself that is accessible only to those who are close to me. Intimacy cannot be public; it would no longer be intimacy. I think that people too often see a public persona as the entirety of that person. That being said, I’m happy that my work has a personal quality. I think that the essence is me, but there’s also a lot of play in that. 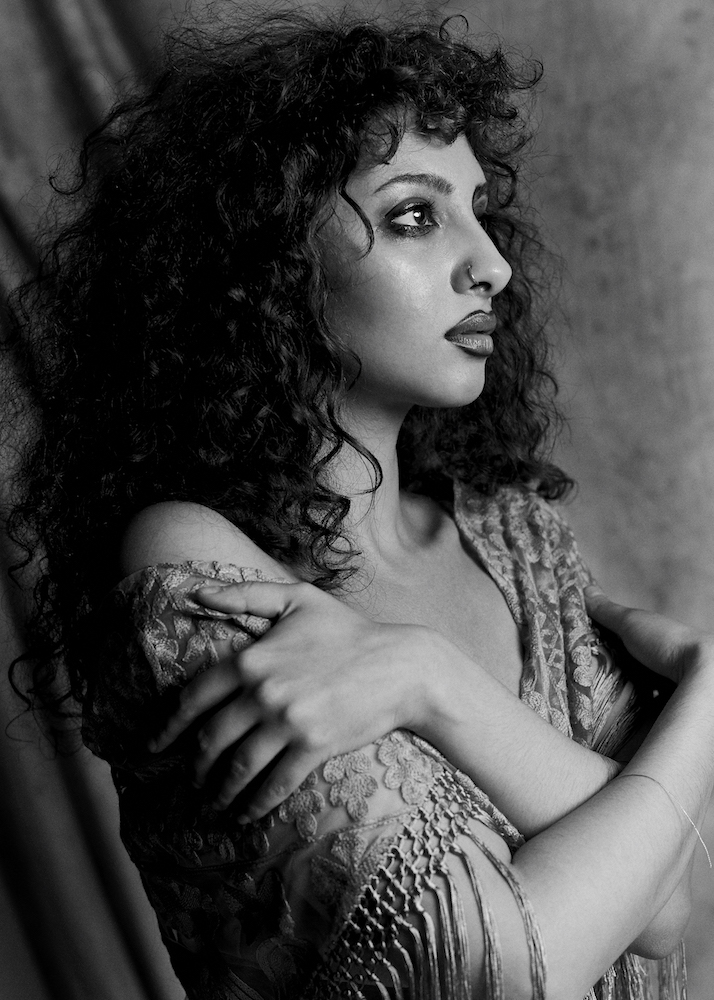