Reinventing what electronic music is and can be 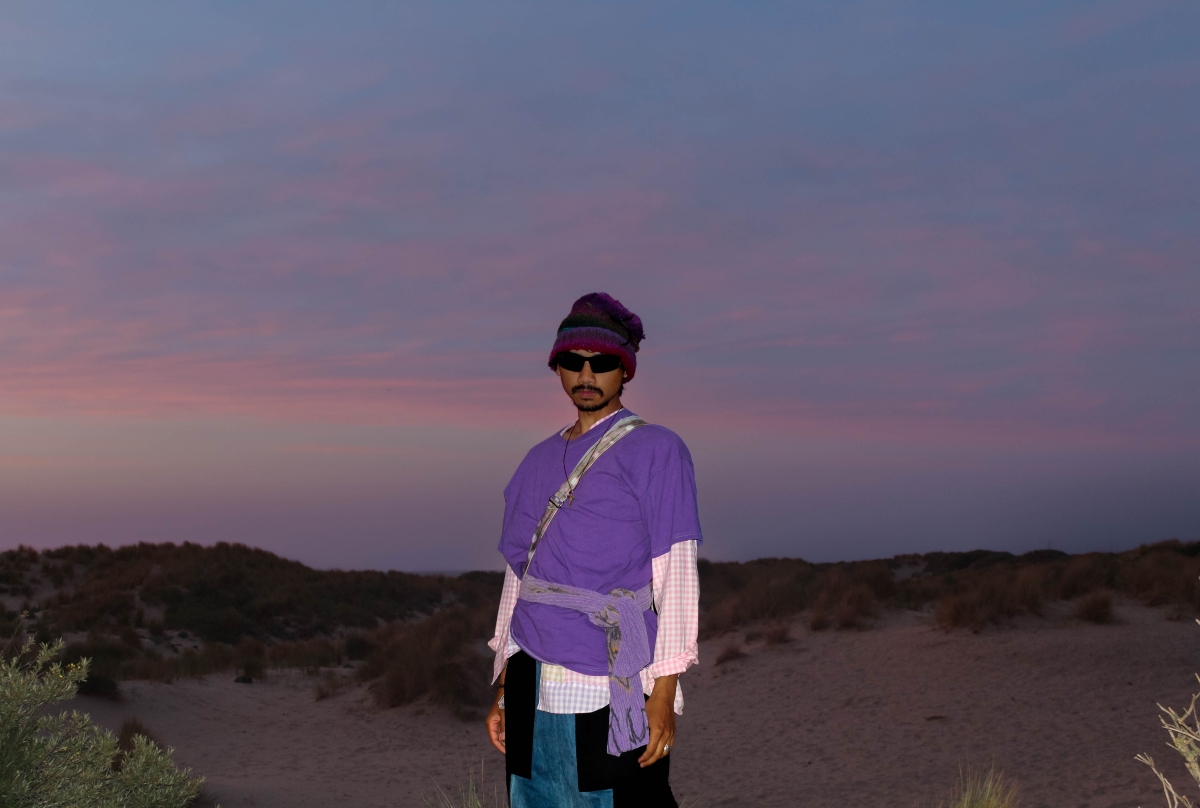 ½ of SU2IDYA, Derozan is reinventing what electronic music is and can be. The charming DJ draws on cinematic storytelling and film scores to inspire his sets – which are arguably scores in themselves. Having just performed at FIBER earlier in the month with his other half Giaderza – the two make up the ever-iconic duo SU2IDYA – we are so excited to welcome him this Thursday June 30th for Glamcult Selects @ Radio Radio. So grab a snack, get ready for Thursday, and take a peek into Derozan’s philosophy. 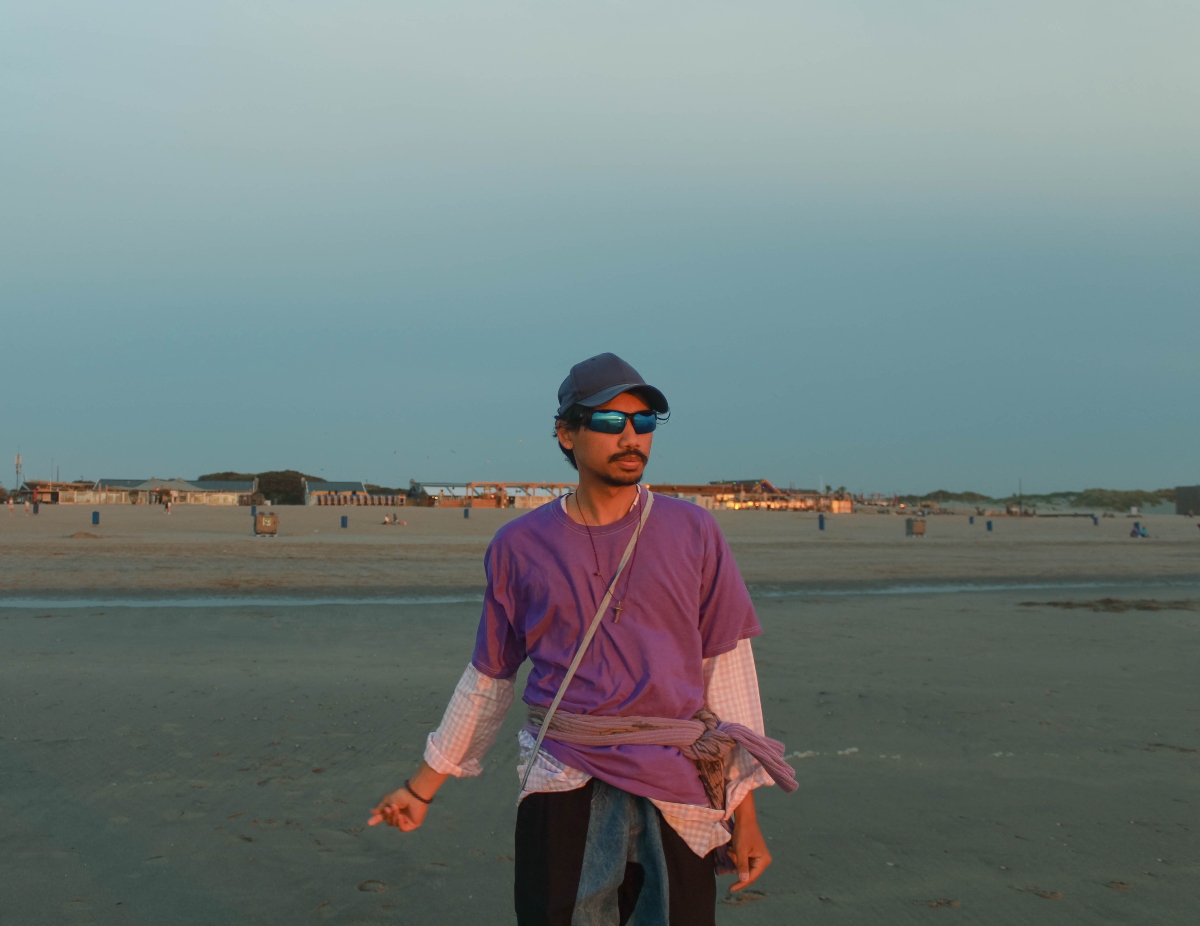 How are you today?
Energetic and keen to discover new lifeforms. Honestly, just really enjoying life at this point. Seems like everything is falling in place at the right time.

How do you describe your DJ style?
The term I use for my radio shows at Stranded FM is Global Dance Suspense. I put more effort into diversifying my sound because blending is what I’ve been doing since the beginning of my DJ exploration. Most of my sets are based around suspense and zero expectations – I play whatever I wanna play. Over the years I gradually began listening to different styles of music and added that to my ever-evolving style. You can call it Innate Blending.

What’s your main source of inspiration?
Inspiration can be drawn from many things, but to this day what inspired me the most is my stint in the Tokyo underground scene. This is where I witnessed the most skilful mixing compositions without any @%&! given. The main reason I play whatever I wanna play comes from this place and the DJ environment that’s present there. Playing your best selection that you could come up with, in a cosy intimate space with less than 20 people is all I ever care for. The true listeners really appreciate what’s being played for them and are ever grateful for that experience. My close friends are my day-to-day listeners. They know me by heart and inspire me to always be myself. Besides music, my other great interest is film. When watching any film, I immediately try to fill in scores in my mind. In the past, I have scored some cult films like The Holy Mountain & Fehérlófia with a freestyle DJ set.

How does your work interact with the communities you’re in?
I am active in the party rodeo platform called Fever Dream. This is where I, together with my dear team, are trying to create a space to gallop and bunny-hop around where you can feel free on the dance floor. Being a host of this unique club experience, I feel we as Fever Dream are navigating towards breaking open the stigma surrounding club identity. We have returning artists in our community who we highlight at our events and also give space to people who have never DJ’ed before. At our parties, you are free to dress however you want, dance with seven legs and get soaked up in the glitchiness that occurs from time to time. Next to that, I have a bi-monthly show at Stranded FM called Global Dance Suspense, where I spent the first year doing my own radio shows pleasing your ears with any obscure finds I could come up with. For the last episodes, I invited some of my favourite artists and friends who I became close with and who share the similar mindset that’s presented during the show. To act and deliver with zero expectations.

If you could change anything about the industry what would it be?
In The Netherlands, there is a focus on entertainment in the music scene. People buy a ticket to dance to the music you play. But what I wanna see are spaces that give room to moments of complete confusion. For example, it’s ok if a DJ trainwrecks a mix and tries out different tempo’s during a DJ set. There is a clear misunderstanding that you come to a club just to dance. I feel like we as artists can blow people’s minds even more when trying out the complete opposite and experimenting with making people listen attentively. Sometimes my club sets don’t make any sense, because I generally don’t think they have to do. So whenever I play non-danceable music, anyone’s view can be perceived differently – I want people to have a drink, take some rest and carefully listen. To make no sense at all is what I would like to see more in today’s industry. Be yourself as an artist and don’t be afraid to lose the audience by a single misstep.

Besides DJing, what do you do in your daily life?
From day to day I work as a postman delivering trouble and mayhem all packed in the blue letter. Whoever sees this letter strikes me with fear and tells me: “Keep that to yourself please.” To which I reply with: “No thanks, this is rightfully yours, have a pleasant day.” Combining this service with DJing is a nice time-consuming activity as I like to be outside. Other than that, as mentioned, I have an interest in films and I log most of the films I’ve seen. I’ve used to spend an uncountable amount of days watching films – except for last year. But, now that everything is falling in place again, I am invested in it more than ever. 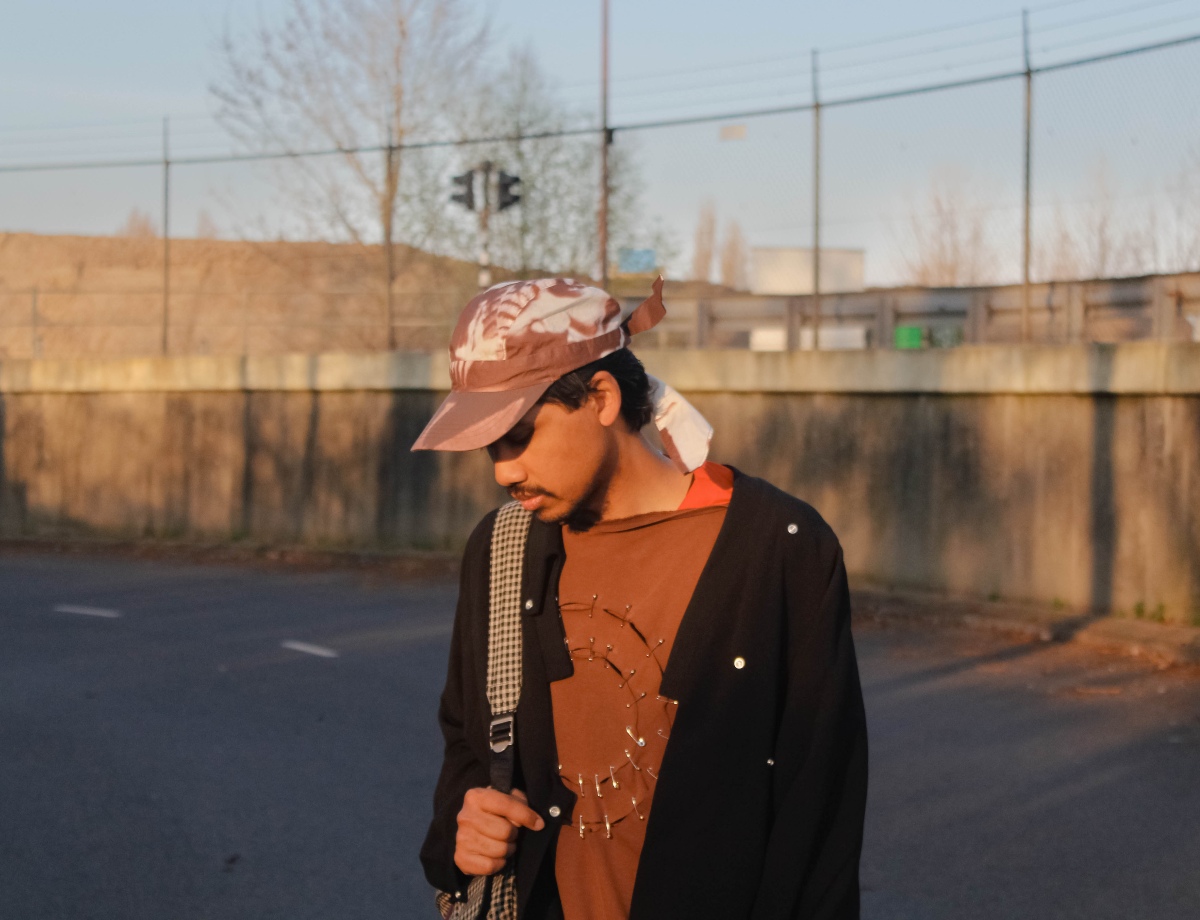 What is your biggest accomplishment thus far?
To be the artist you want to be. As a DJ I don’t feel the rush to become this persona or entity that people admire to a certain extent. I feel comfortable in the position I am in right now, displaying music in different shapes and sizes, but always open to new discoveries. Over the past years, I have had some active involvement in the DJ scene, but took everything at my own pace – at that time I was still living in Nieuwegein. Now that I moved to Rotterdam, I see the efforts I took taking fruition. As an artist, my advice is to not get forced into the mindset to perform at your ultimate best to make people dance and fulfil what is expected of you. In the end, you are the one taking control of the dance floor. Take your time and listen to yourself about what really makes a difference for you whenever you play your music. If you feel like experimenting, then go for it. Never lose your artistic freedom for someone else’s pleasure.

What is your favourite song at the moment?
One of the most difficult questions honestly. How can you come up with your favourite song if every set you play consists of your favourite songs? I’ll decide not to answer this one but to curveball it to my favourite film at the moment which is Bad Film by Sion Sono. Unfortunately, it is unwatchable at this point. I was just very lucky to have seen it when it was uploaded on the internet for a couple of months. It has now been deleted from the web but stays in my mind forever. The making of this film is what intrigued me. The film was shot in 1995 using the cheapest Hi8 camcorders available with the director’s performance art group collective: GAGAGA to form a narrative about gang life, nativism, homophobia and most importantly, love. There was over 150 hours of raw footage shot on loads of recorders and the film was released in 2012, 17 years later, and has a duration of nearly three hours. It took the director that many years to finally get back to his early love project and that’s admirable. To be the artist you want to be flowing at your own pace.

What is the most underrated music scene in your opinion?
The hobby artists who make music just for themselves and don’t have any role in today’s underground scene. I feel like the true underground lies in the inner minds of these musical geniuses who make music their whole life, just to keep it locked away for no one to be heard. They might release a couple of singles or send out something on a compilation album, but the whole catalogue usually runs pretty deep only to be discovered when they pass away. If you hear someone making interesting music and never releasing it, this might be that one person who in my opinion is underrated.

If you could think of your favourite club lineup what would it be?
It’s impossible for me to say names and leave others out. But to approach it differently, I want a live performance that blows the crowd away at any venue. Also, to me, a big factor is usually that DJs who are booked, feel comfortable going B2B whenever they like to. When the programmer lets you decide how to fill in the night, I try out this method with surprisingly positive results. Ideally, I’d like to have two stages in a club setting, as that is what works in most spaces. It’s about wandering around and discovering new sounds throughout the night. And more than ever, I would love to see more international up-and-coming artists to shine their musicality over here.

What makes someone in the crowd stand out to you?
That person who can dance freely and all alone no matter what music is being played. With closed eyes and a very intuitive dance rhythm, I blend into their energy. I, myself, am very much like that too. Dance is also an emotion we share with each other but most importantly with ourselves. I developed my own dancing style while clubbing these years and it’s really a blend of all senses tapping into a certain mood. If someone in the crowd moves like that, then you stand out to me.

What are you manifesting for the rest of 2022?
To shape a friendly community with Fever Dream for our future events and to dive more into the project SU2IDYA, that I run with my partner in crime, Giaderza. It’s an ongoing project where we research music rooted in our upbringing mixed with an experimental edge towards non-European dance music. The reason for us is that there is an oversaturation in the European music scene repeating the same patterns over and over again. Whereas in the global context, there are communities in Asia, Africa and South America building towards different perceptions that are unheard in today’s clubbing scene in Europe. Rhythms that feel close to the heart, bonded by a deeply connected brotherhood is what we try to perceive with SU2IDYA.

What’s one question a journalist has never asked you that should really be asked?
Have you eaten yet? Yeah, I always love to eat and try out different foods. Ask me anytime. It’s a must.