Showing us around the streets of Japan 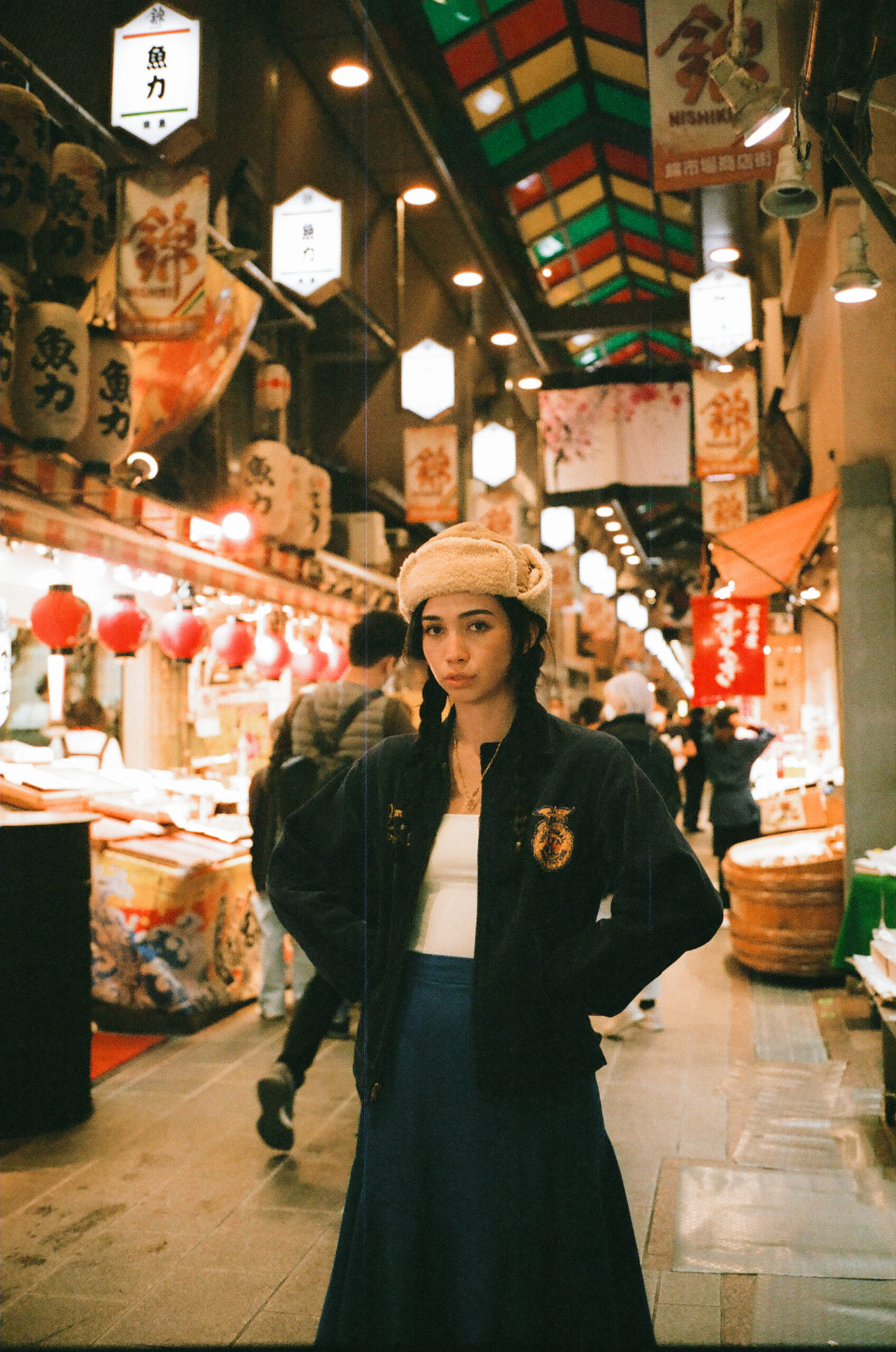 LA-born and bred, Wallice forges an alluring indie rock sound sprinkled with poignancy and humour of her own intriguing personality. Embodying the spirit of  a true indie artist, the musician spills her tongue-in-cheek lyrics over distorted synths and driving guitar hooks with confidence and ease. Wallice’s music is a sharp, whimsical take on reality, as she mixes in references of the absurdity of Hollywood into the absurdity of young adulthood itself. In her last EP, 90s American Superstar, a project around an imaginary Hollywood celebrity, Wallice shows off her ability to create and then inhabit a character. This time, however, Wallice strips off the fiction, and looks inward in her new single Japan — a tender-hearted ode to her Father’s homeland. Drenched in sentimentality and misty vocals, the track comes with a version in Japanese, as well as an equally dreamy video shot entirely on Super8. As Wallice is tracing back the mystery and the storylines of her own heritage, we are invited to tag along.

Hey, great to be in touch! I love how you craft a completely different world within each of your songs. What’s your creative process like?

It changes based on the time of year, vibe of day, or how much I’ve been working recently. It’s really easy to get burnt out creatively and feel like ‘what else is there to write about?’ I’m sometimes driving or cleaning or doing random tasks and a line or melody will pop in my head and I’ll note it down or voice memo it. Then once a bunch of those compile, I’ll go through them and see what actually could turn into a song.

What are your main sources of inspiration?

I take a lot of inspiration from film and television, especially visually. All of my music videos can be directly tied to a couple movies that inspire them. Songwriting-wise, it depends what I’m listening to at the moment. A couple constants throughout the years are Radiohead, Weezer, MGMT, Phoebe Bridgers, Japanese Breakfast, and Mitski. But last year when I was writing my recent EP 90s American Superstar, we were listening to a lot of The Strokes and 90s Alternative rock.

I’ve read that you studied jazz. With that background, what draws you to such a distinct alt-pop sound?

I was thinking about it recently, and I actually started with a classical background since I grew up playing cello. I began learning about jazz in high school. But both classical and jazz are very academic genres and I always found myself listening to 90s/2000s alt rock on the radio (since I didn’t have Bluetooth in my car in high school) in my free time. I think the alt-pop sound is a nice amalgamation of all those inspirations.

Your videos always have such a strong cinematic storyline, and a sense of humour! How do these elements interact with your music?

Humour is such an important part of my life. I love watching rom-coms and just funny shows. All my friends are just constantly cracking jokes and I never take myself too seriously. I think that definitely shows in my lyrical songwriting and sometimes even musical elements start out as a joke. Like in Japan, when we were working on it I thought why not just out massive gongs in it just because I thought it’d be silly. Marinelli (my producer) then just chose the most random loud gong sound. It ended up sounding really good so we kept it! A lot of little random sounds like that always make their way into my recordings.

How would you say ‘Japan’ departs from your earlier works?

It’s a lot slower than the rest of my music, and I would say very genuine and heartfelt. There is a lot of truth to my music in general but I think this may be the first song I don’t joke around with or play a character, which I haven’t thought about until this very moment. I think even though it lacks my humour, it still feels very honest because of the subject matter. I think Japan is a good turning point in my career to hopefully show that I can make indie pop rock, but also some meaningful indie folk songwriter-ey songs as well. I don’t know what my debut album will be or look like, but I think it’s a good time to start branching out sonically and not keep doing the same thing over and over.

It definitely feels very personal. Connecting with your roots more and more, how would you say your dual heritage is reflected in your musical expression?

I feel an instantaneous connection to many other indie Asian American artists – like when I first heard Mitski and Japanese Breakfast. I’m not sure how exactly it has reflected in my music but growing up it is hard being both too Asian and too white for either side of my family, which I know a lot of mixed ethnicity people deal with.

What do you hope to bring into the music industry?

There is a continual increase in both female musicians and Asian artists, but still in comparison to the male dominated industry there’s still so much more room for representation. I hope to add my name to the growing list of Asian American female artists and inspire younger women and people of Asian descent to pursue music. I also hope to bring a love of humour and sarcasm to songwriting.

What are you manifesting for 2023?

I want to play more festivals! I have another EP up my sleeve and then I have to start album mode… But hopefully I can just continue to grow my fan base and make music I love and play more shows! (and make more money but that sounds gross to say haha) 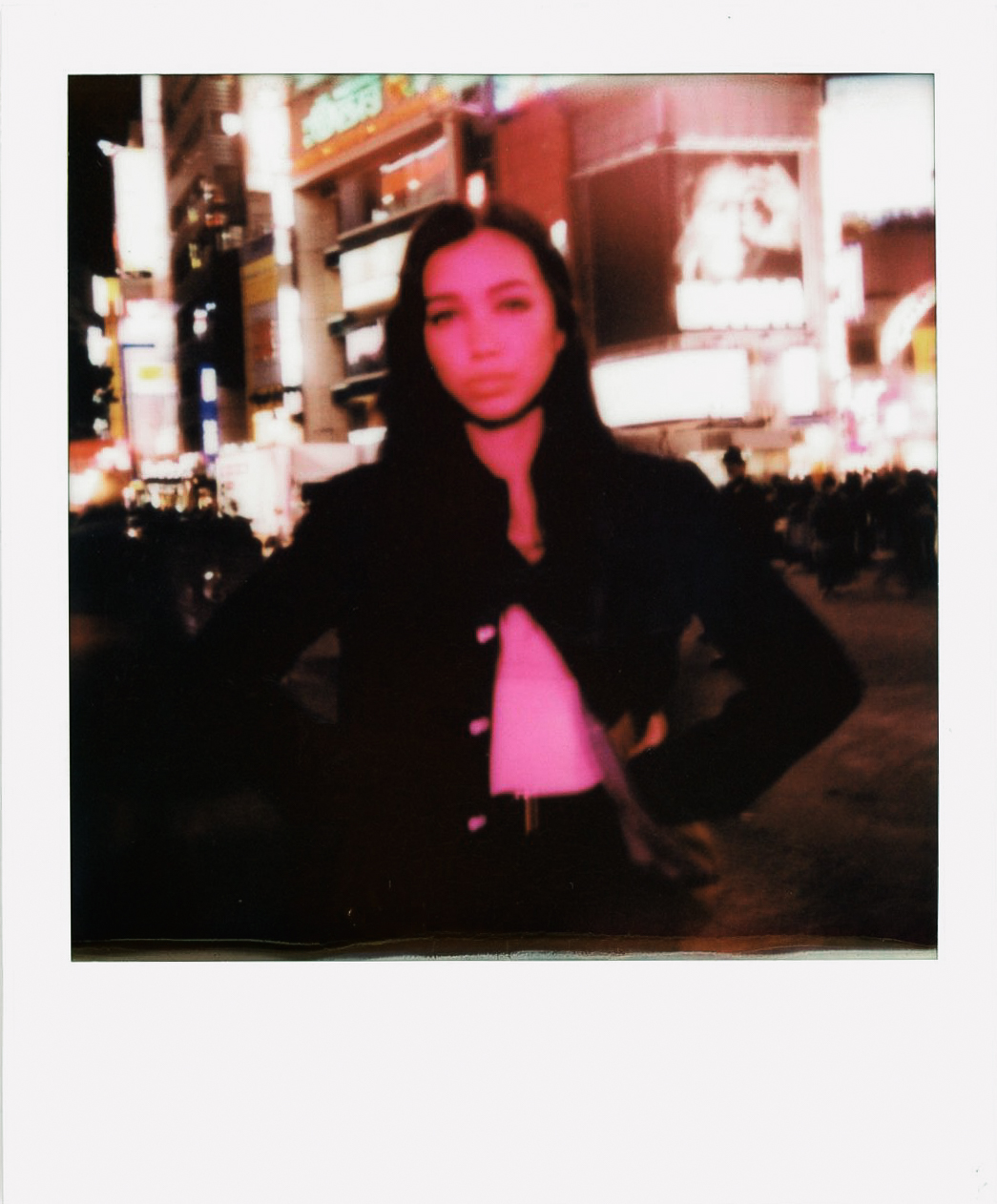 This was taken at Shibuya crossing at night. It’s one of the busiest crosswalks in the world, and I really like the out of focusness of the photos. 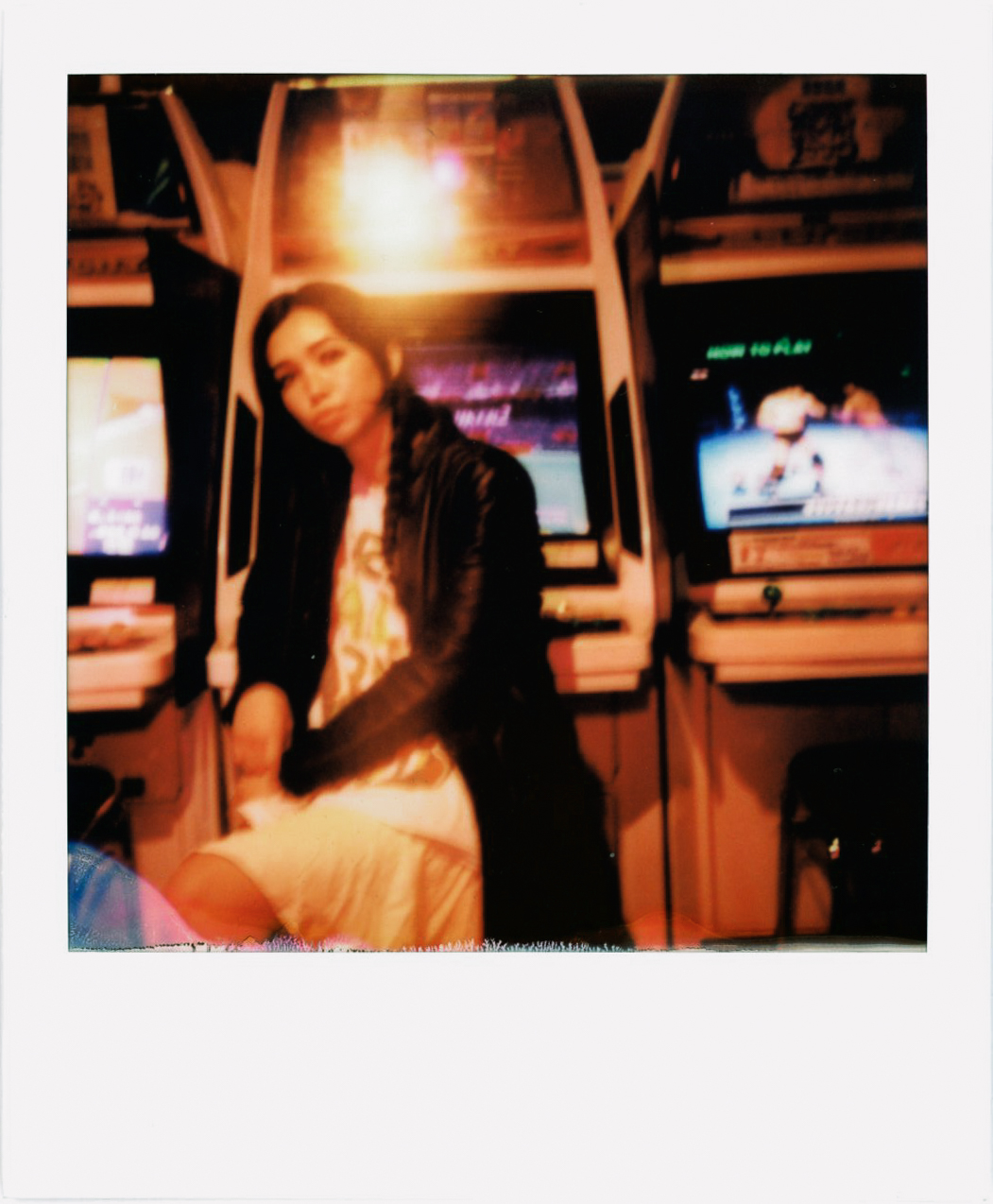 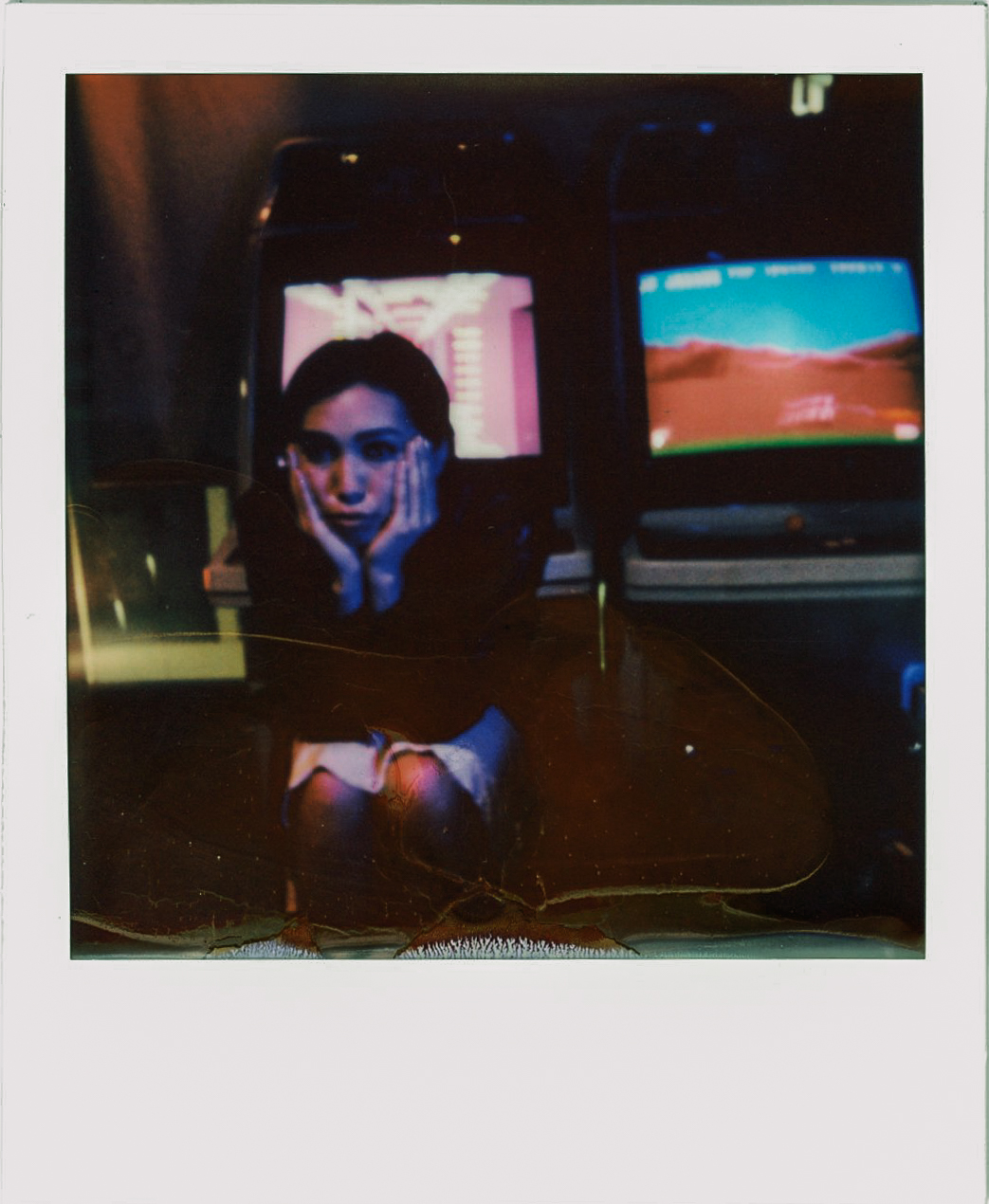 These were shot in a retro arcade in Tokyo. The man working here told us shortly after that there were no pictures allowed. 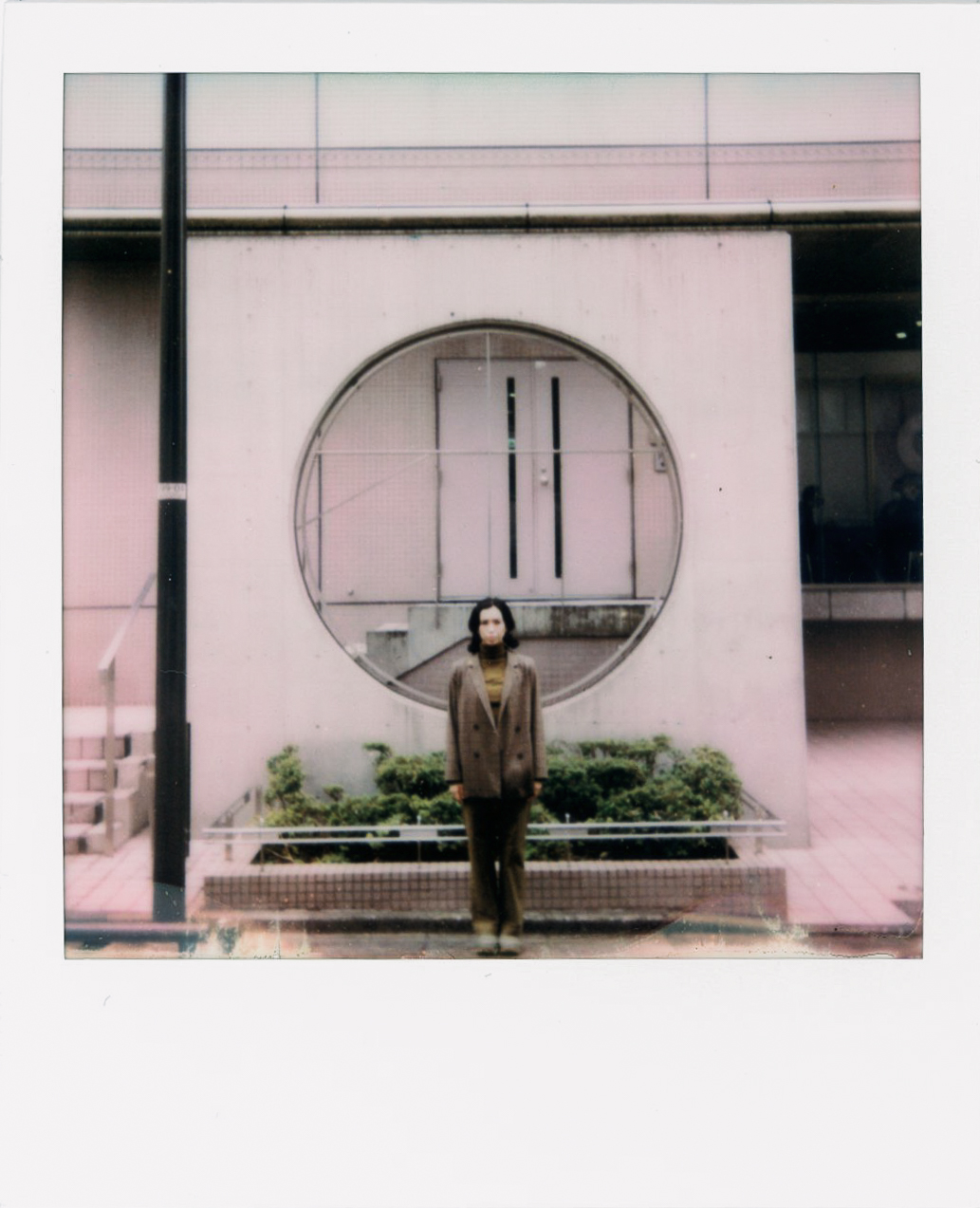 I walked by this random circle and saved the location. When we went back to take photos, I saw that a bunch of kids were walking out — it was a middle/high school. I loved the pink tiles that made up this building and this circle and the plants. 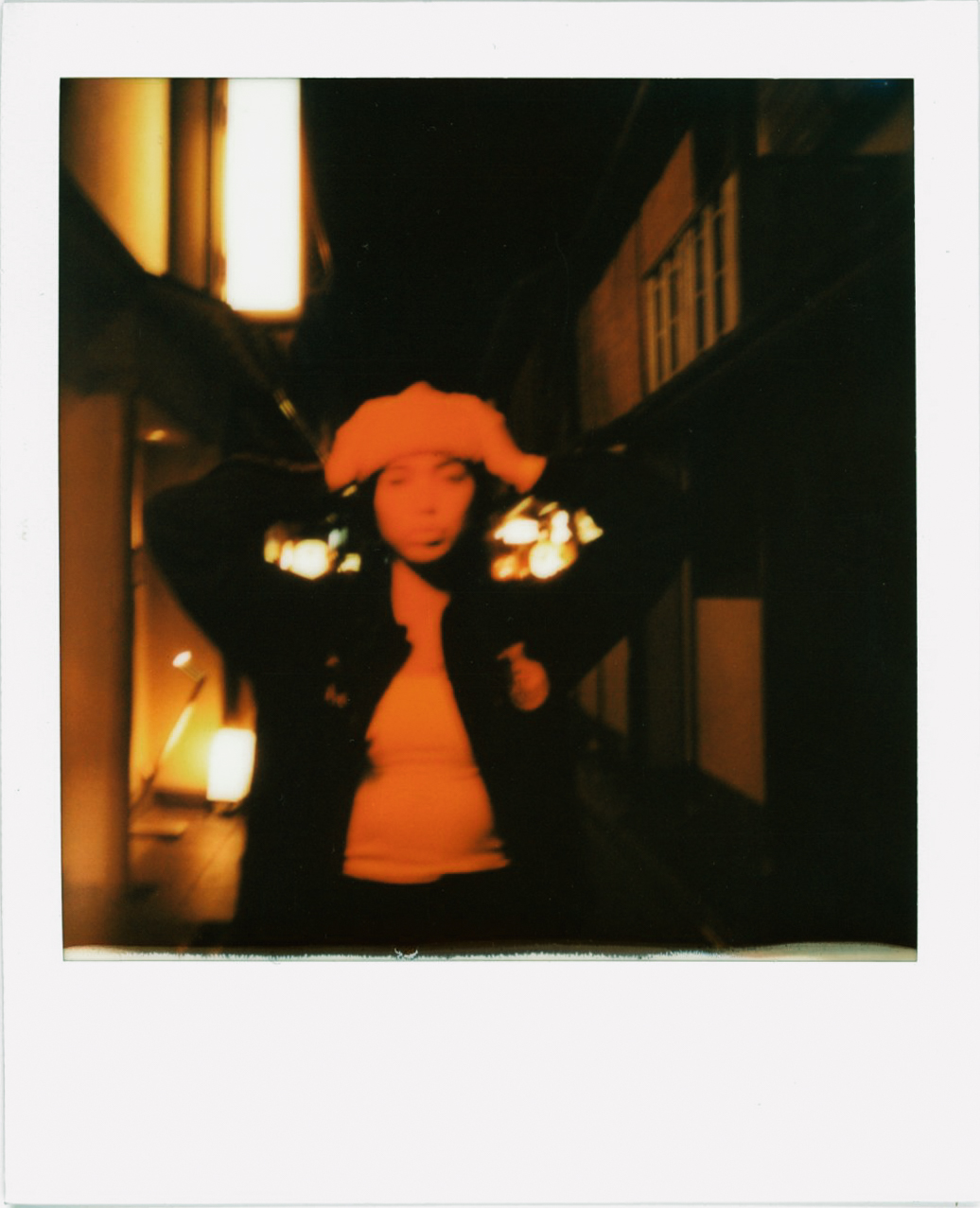 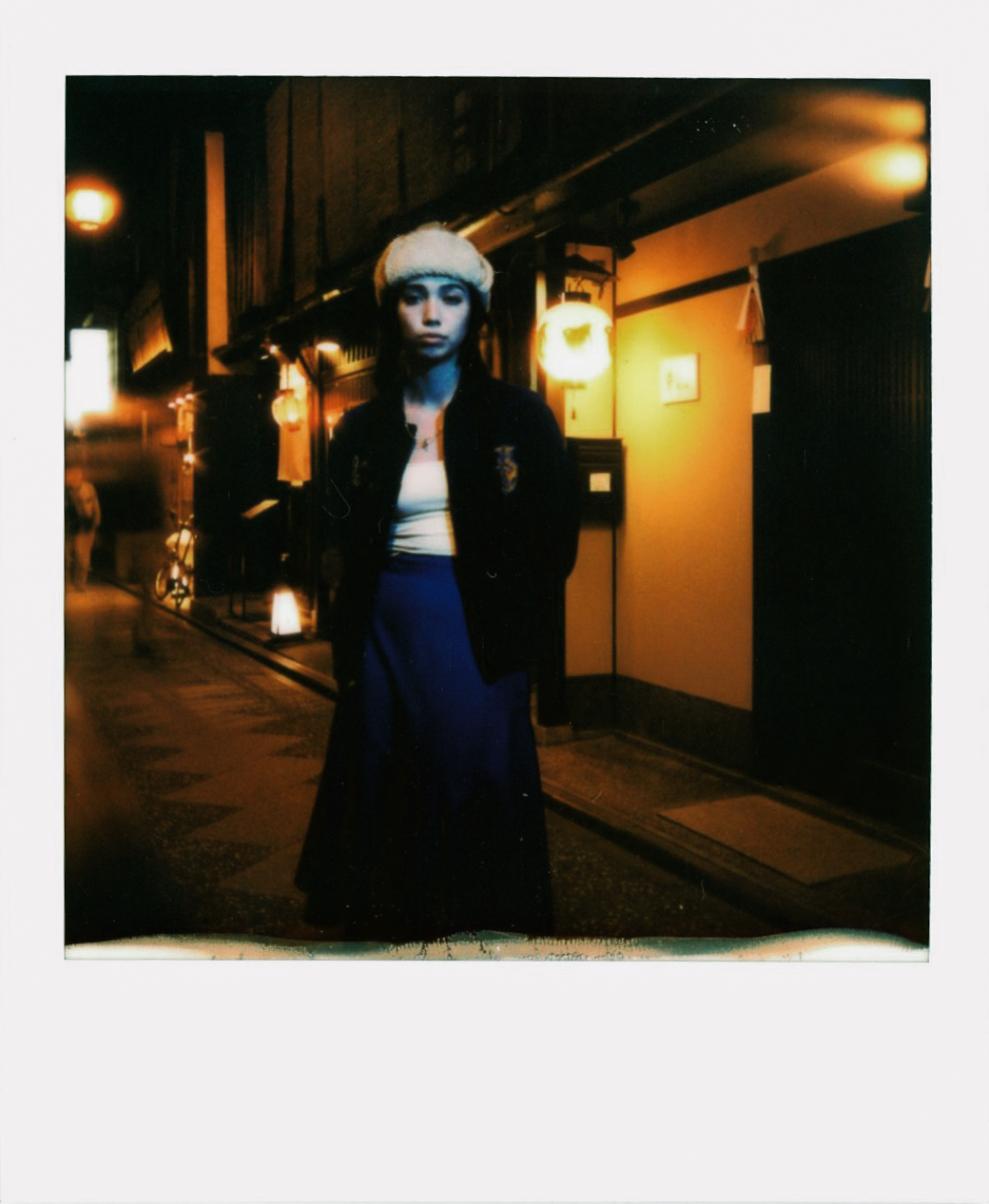 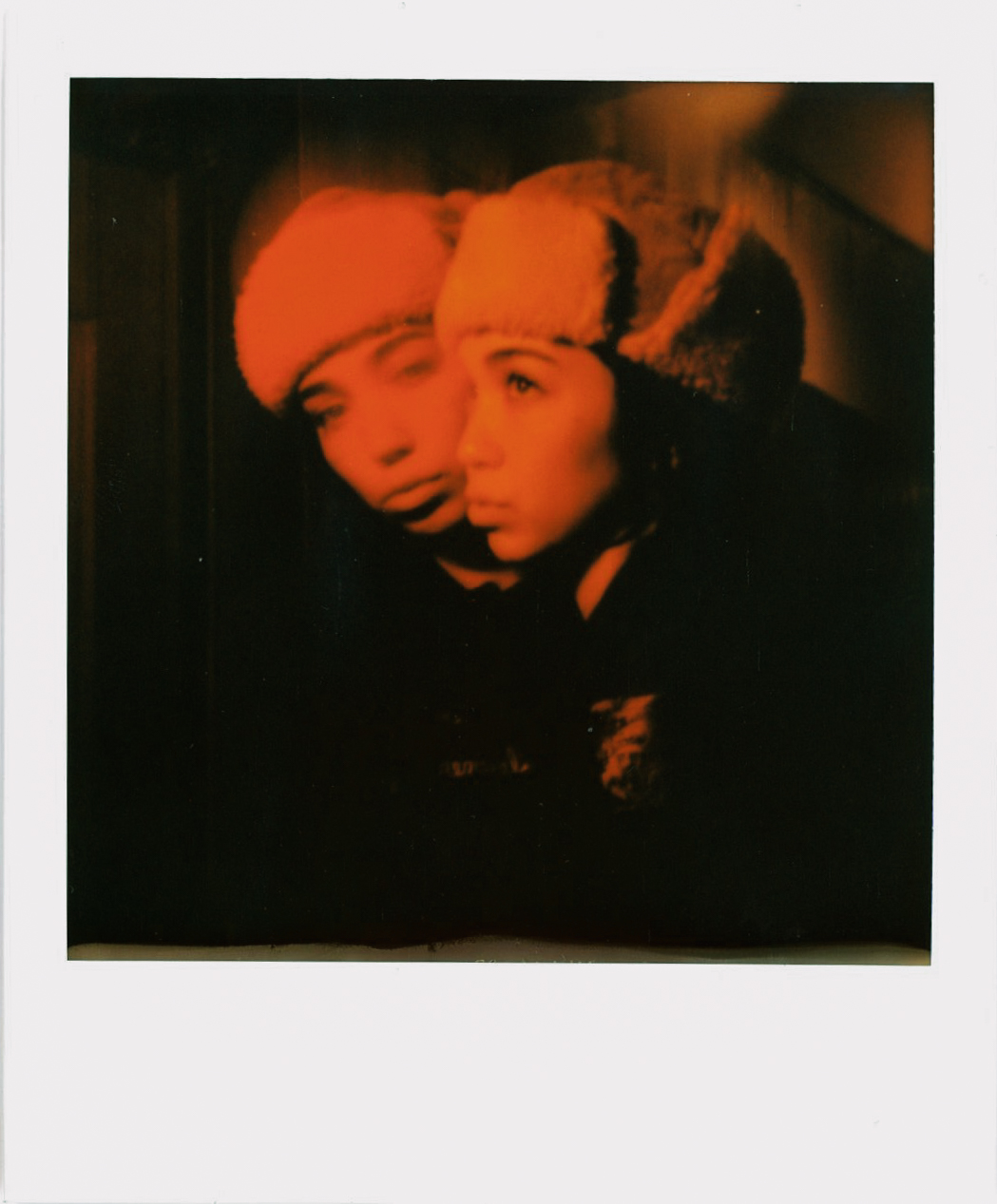 These were taken on a random small street in Kyoto. I didn’t notice we were outside of a geisha restaurant where wealthy businessmen go to dine with traditionally dressed up geishas. The owner saw us taking pictures and started shooing us away cause she thought we were trying to sneak pictures with the geishas (which I wish we could have). 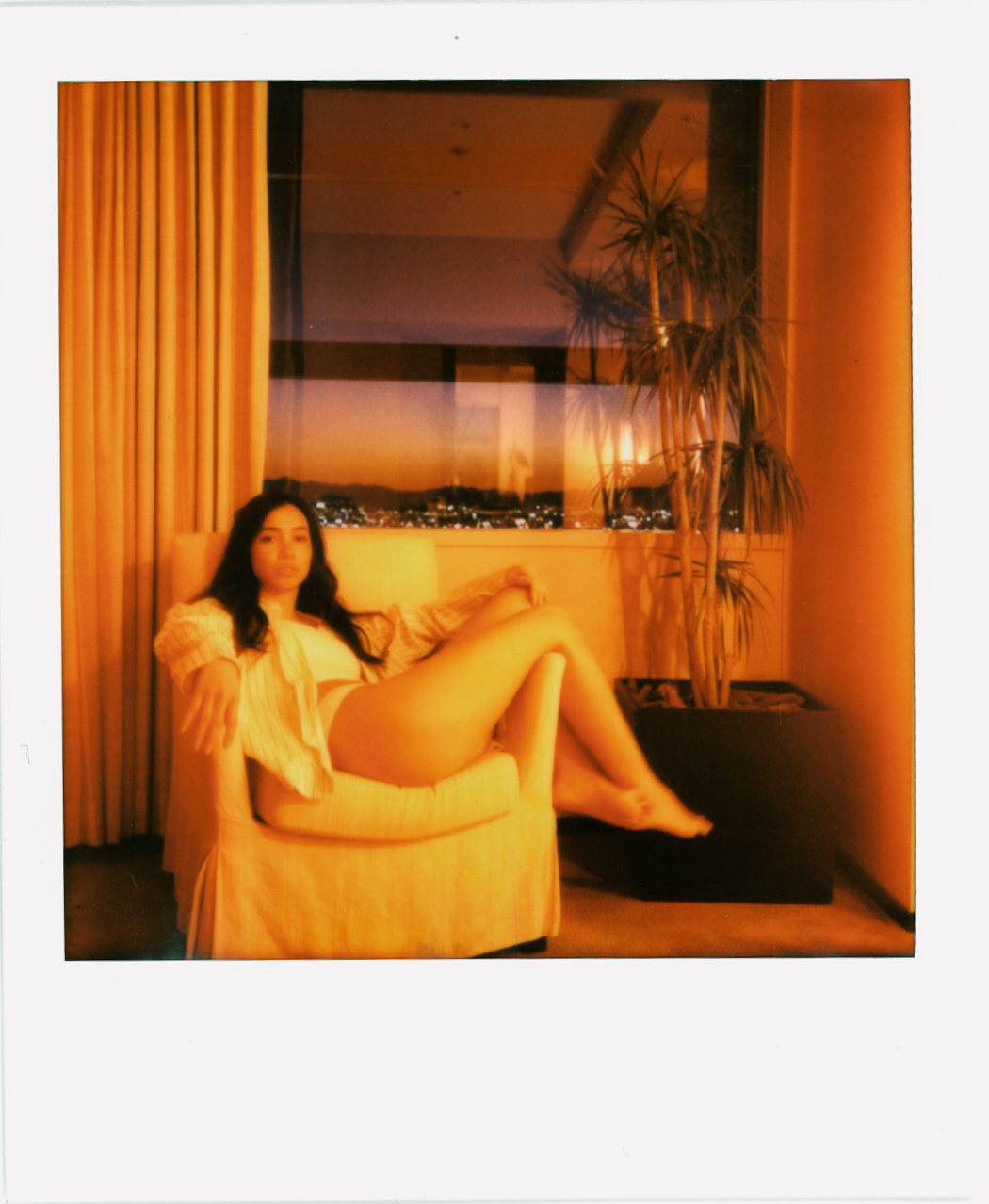 This was taken in our room on our last night in Japan at the Park Hyatt Tokyo. I wanted to stay at this hotel because it is where they filmed Lost in Translation. This photo is my take on the movie poster.