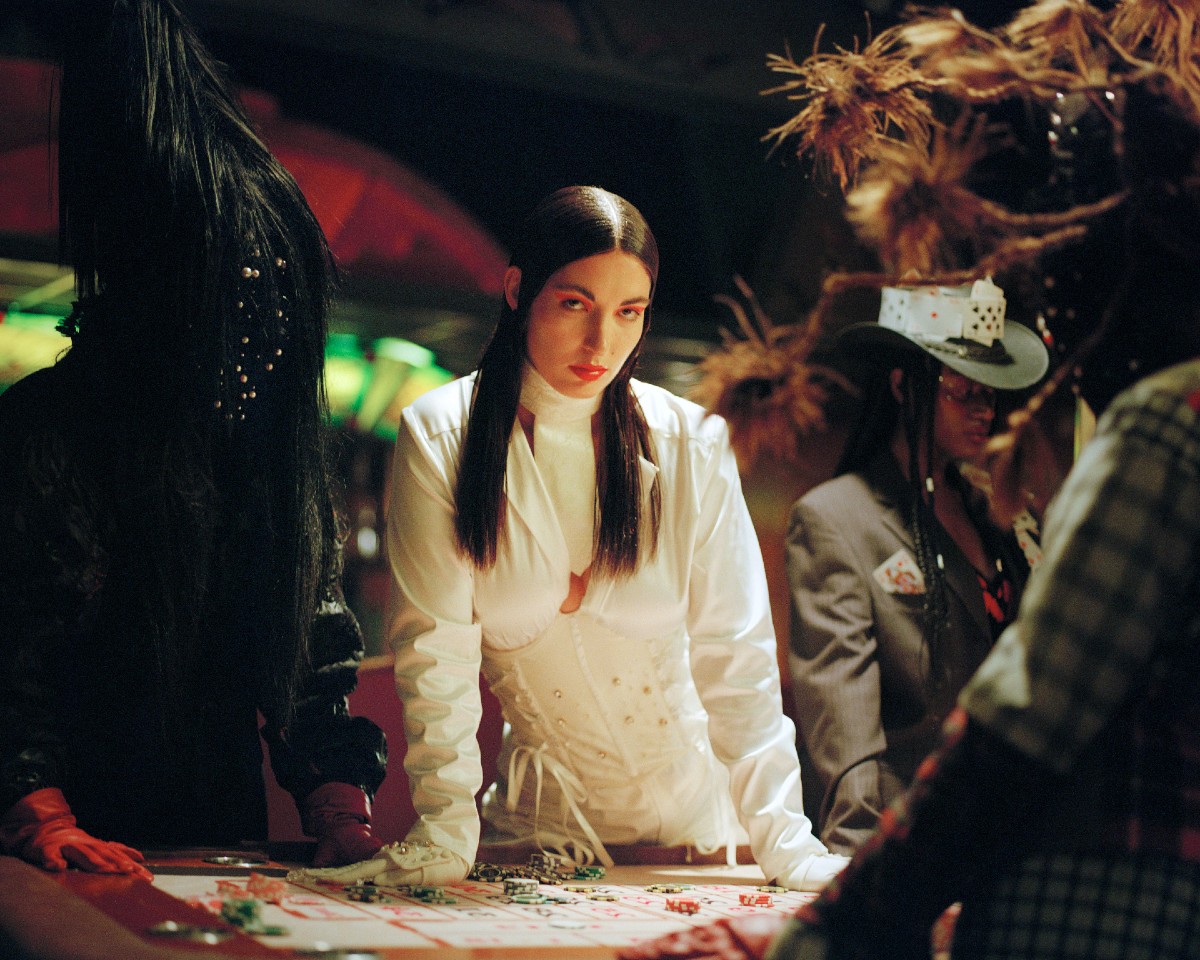 There are few artists capable of completely transporting their audience into another world – but Mila V has raised the bar ten-fold. Whether she gives you a look backstage at a surreal burlesque club or takes you with her onstage, every detail (such as pearl-embellished microphones, ethereal hair and makeup, and phenomenal visual performances) brings the audience into an atemporal space. Mila utilizes vintage aesthetics in conjunction with a contemporary club-kid flare to fully realize her own cinematic universe – and her newest release Mind Fish is no exception. A distorted voice-over beckons the viewer into a surreal world of masked figures – fashion and art design were conceptualized alongside the brilliant MULAS HYBRID HAUS – with the invigorating and consuming swells of her latest single, Beach, as the soundtrack. We had to dive deeper into the conceptualization of such a visionary project, and who better to lead us to this treasure than Mila V herself? 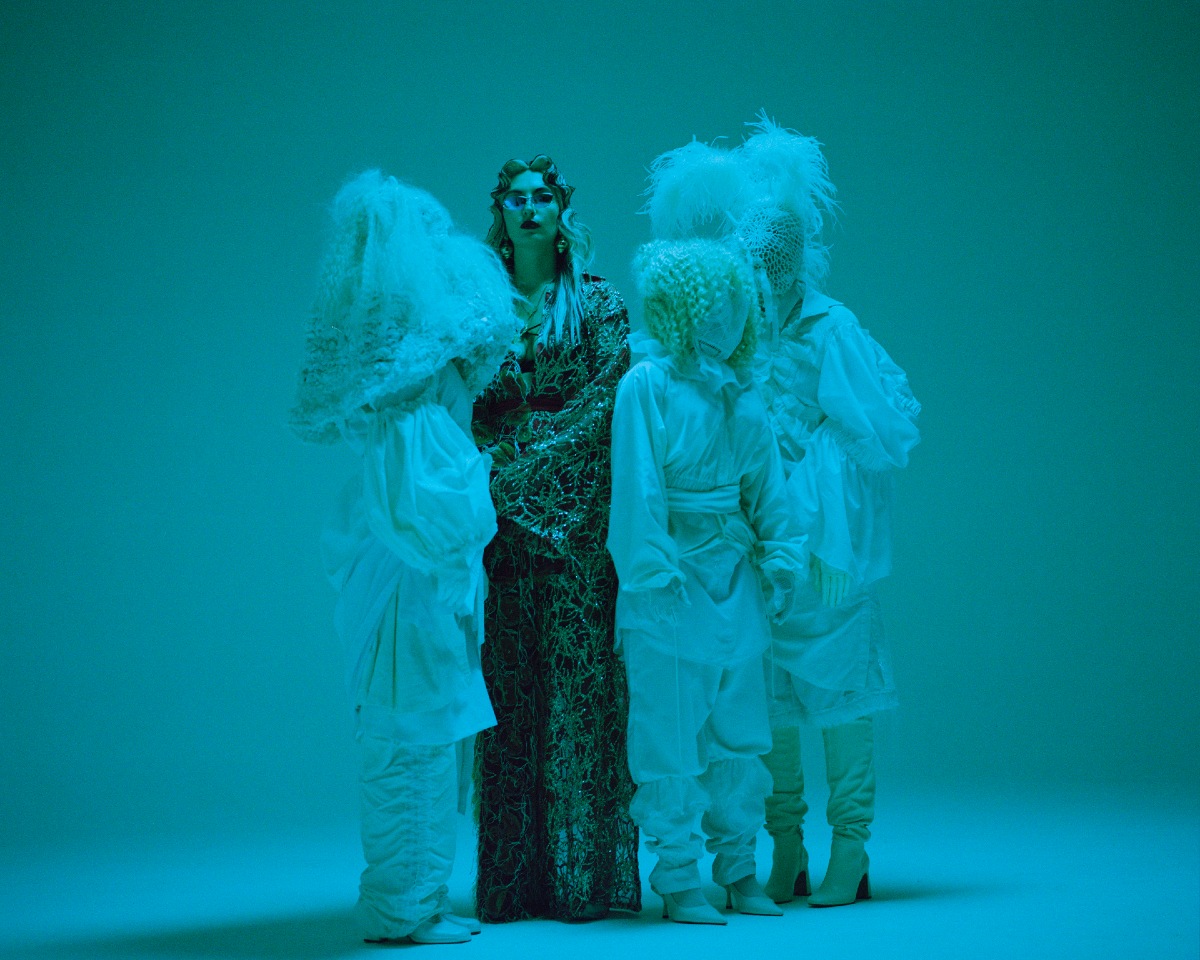 Hey Mila! Thank you so much for taking the time to speak with us – this has been quite an epic month of releases for you. How are you feeling?
I feel like releasing my music and pursuing this path has been a very big relief for me. This is what I always wanted and fantasized about, and to not be held back anymore by fear and doubt is very therapeutic. I’ve felt this all boiling up in me, and it reached this moment where it had to come out – regardless of what others would think of it. And then to see people vibe to it and gravitate towards it, it’s like it’s finally making sense – to create this complete world of sound and visuals. Then, on the other hand, I feel frustration, like there is this tension in me I can’t release in the Netherlands right now.

I completely get you – sometimes we get stuck in this feeling of stagnancy, and there needs to be an environmental change to reinvigorate us and just clear the air. As you’re based in both London and Amsterdam, I can imagine that your creative world is too broad and rich to be contained in one space. Speaking of worlds, we’re absolutely entranced by Mind Fish – from the music, to the visuals, to the costumes. Could you explain the concept behind the work?
When Jessica from Mulas Hybrid Haus and I released our previous collaborative film Mirror Soul in 2020, we felt a strong need for continuation. Last year, we were talking about how we both feel restless in quiet environments, as opposed to experiencing peace of mind when entering a crowded place. We both found inspiration in this alternative perception. We decided to look for ways to emphasize this duality and create a film that embraces extremes. Mind Fish shows a multisensory journey through different states of being. It refers to a world that challenges our ability to find peacefulness in chaos and excitement in emptiness, and illustrates a battle of the self. 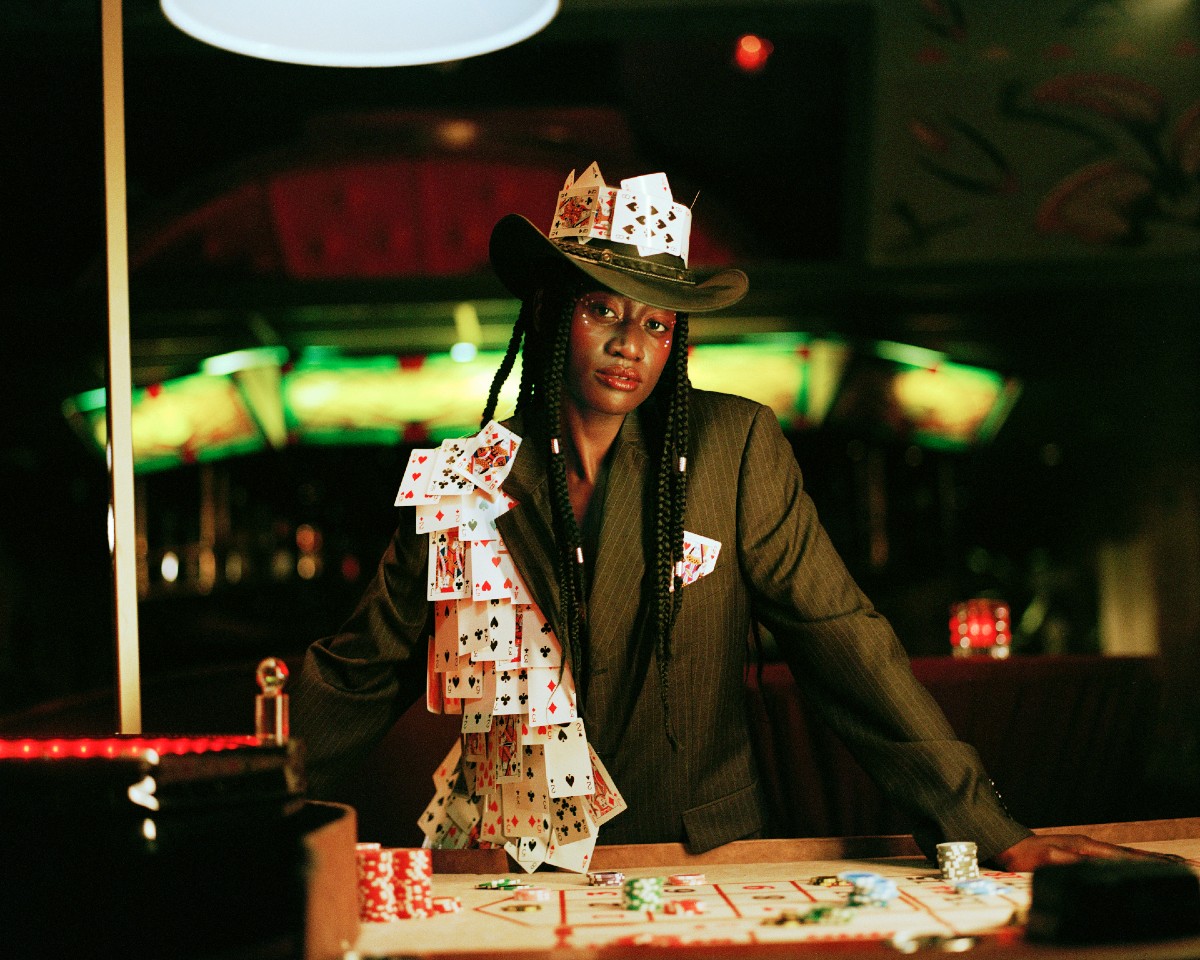 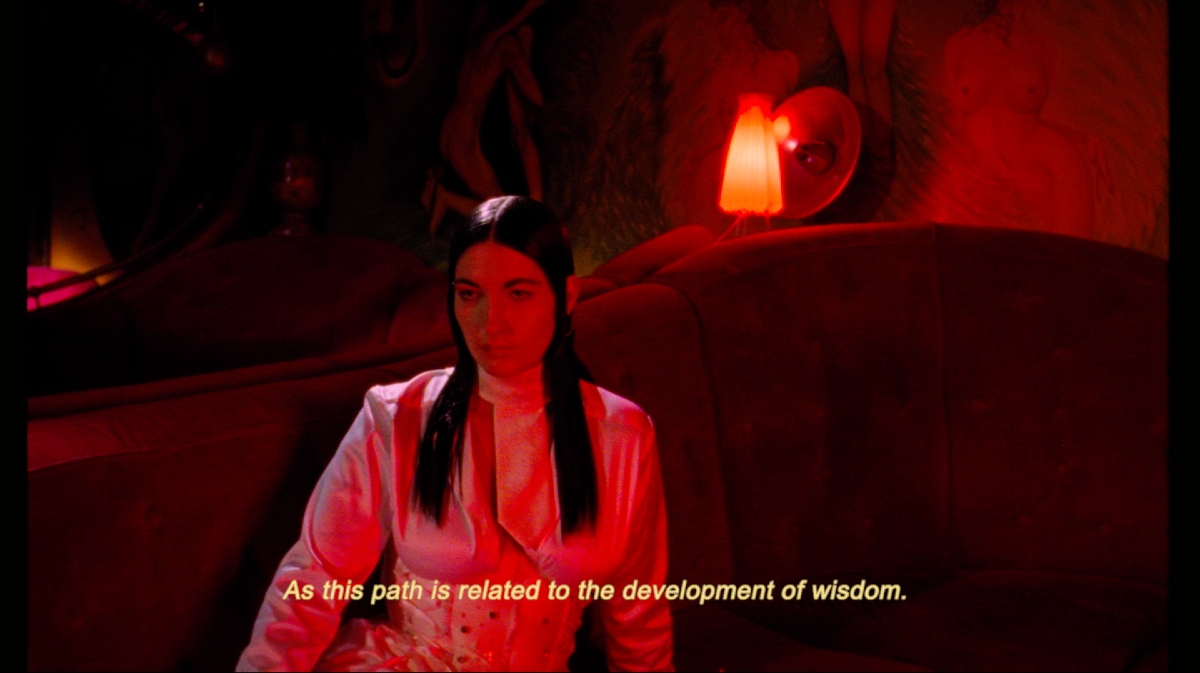 This duality is so present, and it’s such an interesting prompt for a creative project. There is so much peace in feeling like a part of the crowd, but then so much anxiety when you find yourself at the center of something. I think this alienation from the world around us is, unfortunately, way too prevalent. Yet being able to capture this unsettling feeling through the visuals and designs is so powerful. What was it like working with Mulas Hybrid Haus and how did you guys develop the stylistic direction for the piece?
Whilst working together, we constantly exchanged ideas and didn’t limit ourselves to our “separate” specialisms or professions. With Mind Fish, we decided quite early in the process that we not only wanted to make costumes, but actually design full creatures that would encapsulate the feeling we wanted to convey. In the design process, we were inspired by old school sci-fi costumes and avant-garde suits worn by performers in the 20s. We designed six outfits that visualize alienated reflections of the mind, and they transcend the idea of dressing bodies – presenting creature-like characters. The outfits for Mila V contradict these creatures, emphasizing her journey. By combining clashing aesthetics, we wanted the film to erase the observation of time and space, and by placing the cast in settings that are both dream-like, as partially real-life, we illustrate a surrealistic parallel universe.

I think this total transformation truly encapsulates what is so powerful about the Mila V cinematic universe. The deliberate visual contradictions that are so beautiful – yet so alien – literally create a world so familiar, and so unlike anything we have ever seen. The soundtrack also features your new single, Beach – the ambiance, the tone, and the energy of the song fits so well with Mind Fish and creates this otherworldly sensation. How do you feel about both works as individual pieces? What made you realize that they would work so well together?
I produced the raw core of Beach about 1,5 year ago. I remember listening to it afterwards, and it gave me this apocalyptic vibe. I saw and felt this feeling of rising from the rubble – there was something so chaotic about it, yet also very soothing. Even before Jessica and I started brainstorming about the initial concept for Mind Fish, I told her: “I have this song, and I feel like this needs to be the soundtrack”. I played it for her in her studio and she instantly felt the vibe and what the song was about – even though it did not have any lyrics. So in a way it’s interesting, as it is normally the other way around – the soundtrack comes after the film idea. It makes sense though, as I feel like when I’m producing what I’m hearing, it becomes very visual – like a vision. The fact that the film turned out to be this battle of soothing chaos seems about right. 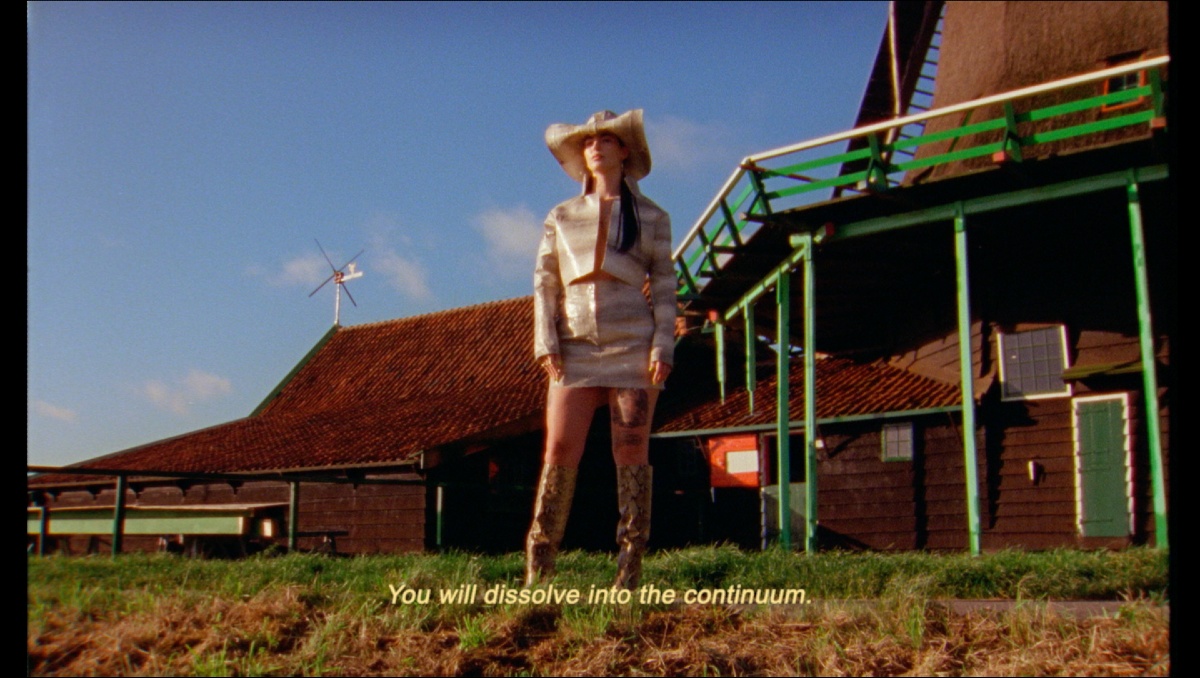 It’s almost like the instrumentals came to you as a premonition for the project, ultimately allowing you to fuse the two together with the lyrics. I think this is truly a testament to what an amazing artist you are. We’re also such big fans of the Clear Eyes video here at Glamcult – what is it like to create a work that deals so heavily with anxiety and alienation from the self, in comparison to a work that is so focussed on reconciliation with the self?
I think it makes a lot of sense, as you can’t reconcile with the self if you have not felt alienation from the self. I feel like I am in a constant battle between these two – even in a single day it can go back and forth. I do feel like Clear Eyes was more aimed at how another person can take this from you, whilst Mind Fish is more aimed at an internal battle with the self.

I agree, and I think that both really capture our contemporary anxieties both as individual pieces, as well as within your overall body of work. We saw that you premiered Mind Fish at the OSCAM gallery a few weeks back – what was that experience like? It must be so invigorating to be able to see the reception of your work live and in person.
It was so great to be able to do something physical – you forget how important it is to be in a room with people to watch something on a big screen, with loud noise, at the same time. You can read the room, feel people’s energy, and hear their responses. We get so used to seeing things on small screens, flicking through them quickly. It almost made us sad that the majority of people will just see it online. OSCAM gave us the opportunity to not only show the film, but also present the premiere within a small exhibition with some of the outfits and large prints of the set photography. The audience, therefore, was able to really experience the project. 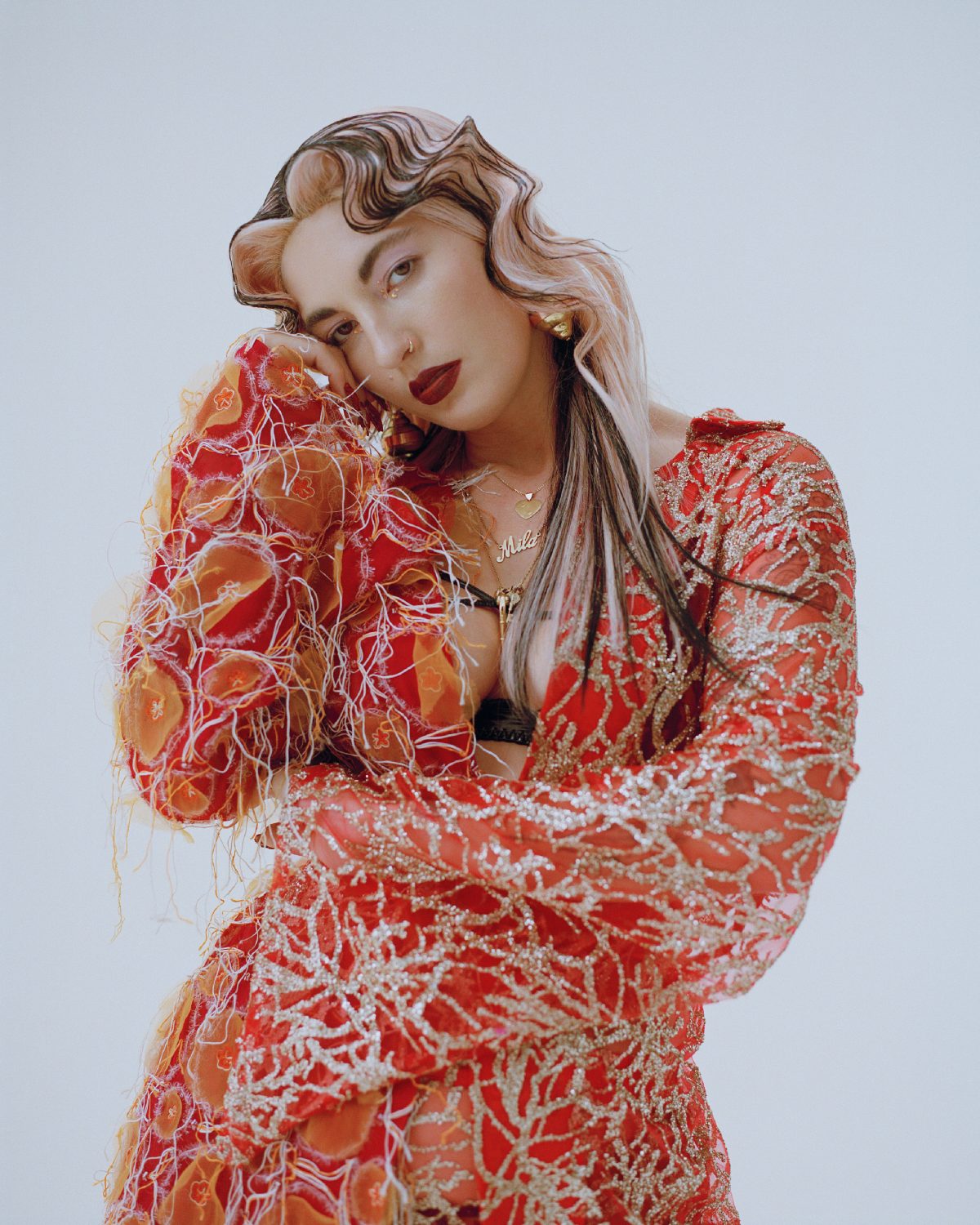 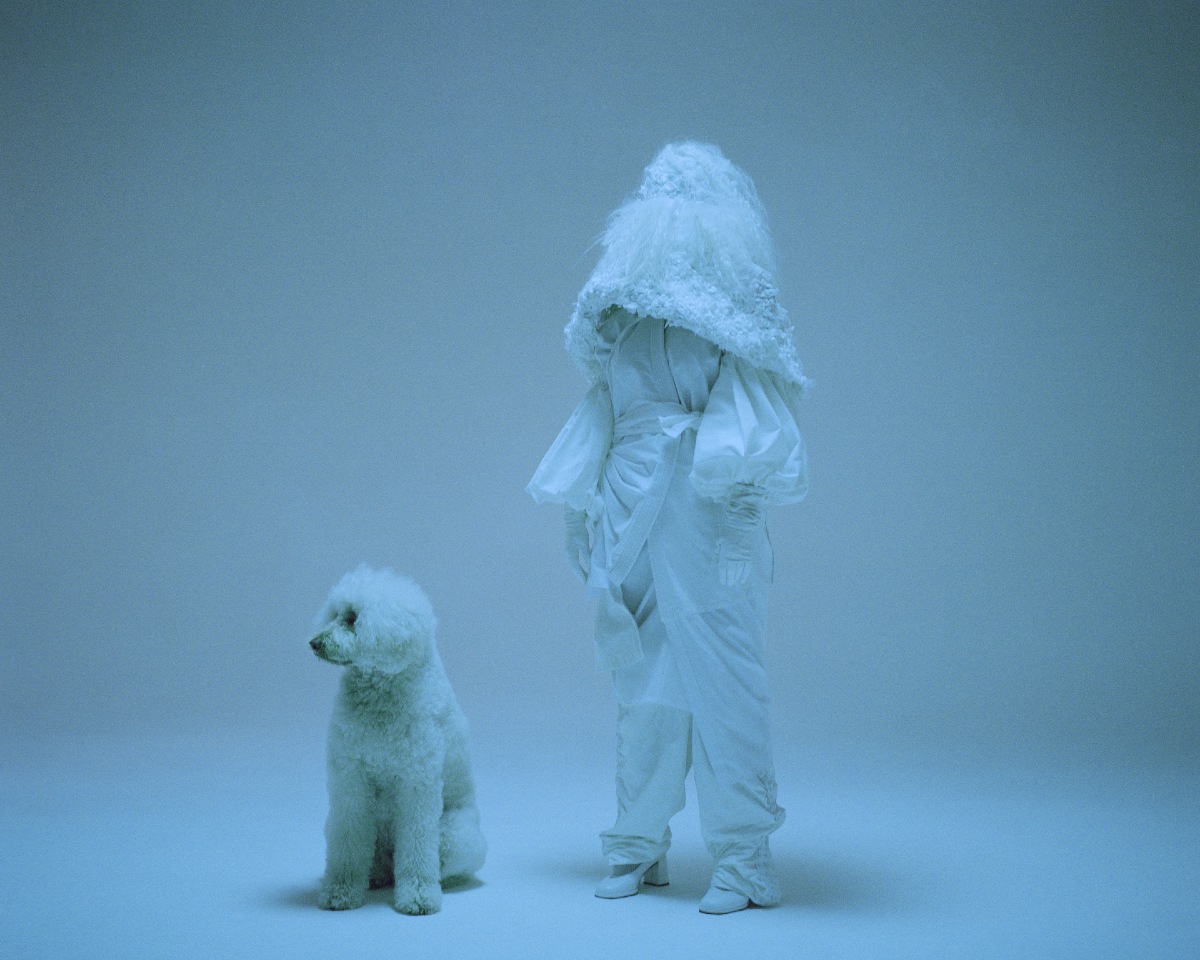 The way I WISH I could have been there – I think that since the work is already so immersive from our personal screens, being able to experience it at that level would be such an amazing experience. It really is such a beautiful project, and you look absolutely stunning in the video – Mulas Hybrid Haus’ designs complement your personal aesthetic so well. Do you have a favorite piece from the work?
Yes definitely! My favorite piece is the creature made out of loads of ties. It kinda reminds me of a businessman that has lost his way, almost portraying the greed in the excessiveness of the costume.

Definitely – it really epitomises and personifies this notion of a corporate creature. Thank you so much for taking the time to answer these! Congratulations on such an incredible month and all the well-deserved praise for your work. What’s the next step for you?
Thank you! My next step is releasing the first single off my second EP. I am taking a new visual path, which I’m very excited about. Furthermore, I am making my first film – a mid-length, dystopian gangster extravaganza that will be on TV in 2023, which Jessica will also be designing for. Hopefully I get to perform live this year as well. 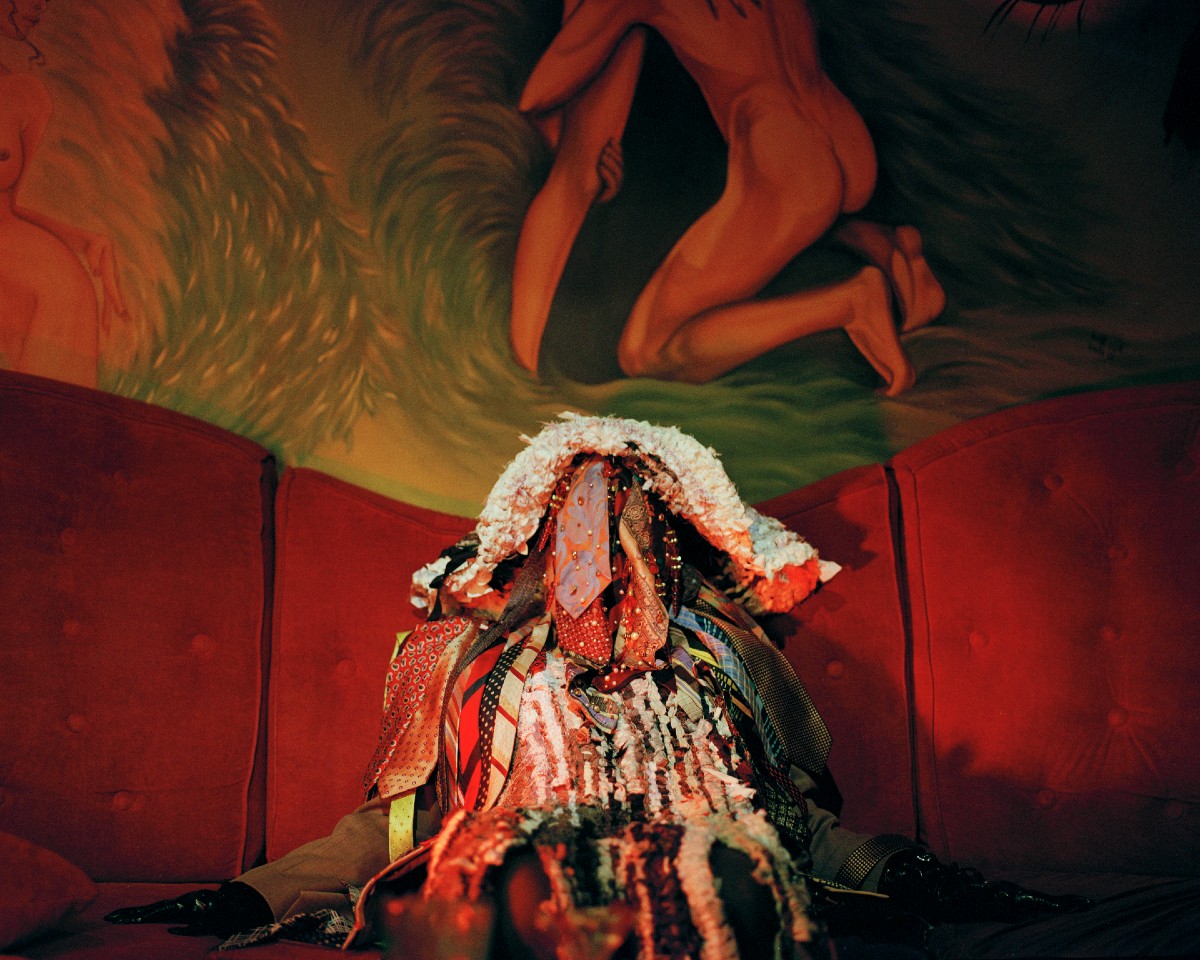