Mount Kimbie on evolution, experiment and working with Jay-Z

“It takes longer than a year to get rid of the British influence.” 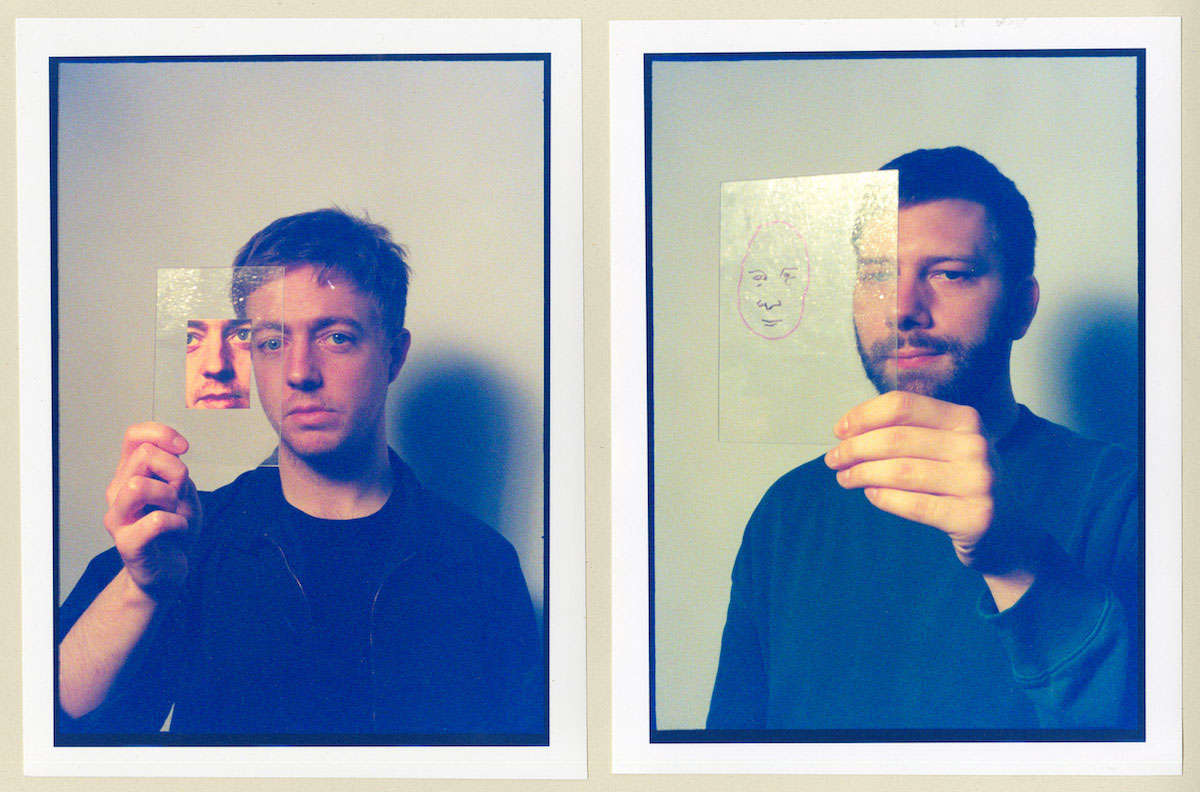 Four years after the release of their acclaimed last album, Cold Spring Fault Less Youth, Mount Kimbie is back. Love What Survives offers a refreshing twist on the duo’s trademark post-dubstep sound, with heavy British punk and experimental rock influences. Glamcult met Dom and Kai ahead of their European tour to discuss their evolution as music producers and live performers.

Your album came as quite a surprise. In the past few years you’ve mainly focused on DJ sets, with club-ready songs like Made to Stray and Bells_5. What made you want to shift to do some experimental rock rather than following your dance drift?

Kai: Rock music has always been around the band. When we started, probably the most exciting thing going on around us was dance music. This is what got us into the studio in the morning. At the same time, there was always experimental rock music that we were sharing as well. We want to be moving forward and try new things. The fact that we’ve been playing a lot of shows after the last two albums slowly changed our way of working and seeing music. There was this energy that we found on stage and that we wanted to translate into records, definitely. And actually, the music that we were less and less excited about was dance. I still think there’s a lot of interesting dance music going on, but this has never been a genre that we’ve been tied to and it’s a direction that we’ve become less interested in.

How does it affect your new live set up? Your last performances seem to be really stripped down; no more light show, less machines and more physical instruments.

Dom: There’s been so many different changes since we started. The live set-up we’re using right now is probably the one that feels the most comfortable, because we feel that we can do whatever we want to, especially with the two extra musicians that we now have with us. And it’s fun! We haven’t done much in the past three years and can’t really afford to travel with a heavy live set-up. Those are the kinds of things that happen really naturally with a band. The focus right now is really on making a strong instrumental show and we’ve got quite a lot of faith in what we’re currently doing.

You started out with songs involving a lot of field recordings and R&B-samples, with a trademark post-dubstep sound. But here we have an album in which it’s hard to distinguish drum machines, excerpts from field recordings and live drums. And it’s something that we can perceive on stage: there’s visibly less gear and more space for instruments.

Kai: I’m not sure that we’re using less gear… it just looks like it. I think it probably looks less hectic. Physically and mentally there’s more space for us to do one thing at a time. Mark [the drummer] brings a lot of texture to our live show: he has an electronic drum machine and his own effects to mess with; working around that has been really good.

How did you come to work with Andrea Balency?

She’s someone that we did gigs with in Paris, and stayed in touch with. She now plays with us live and she just moved to London at the time we were starting to do a new record. When it came to the question of adding someone to the band, she was a great choice. Mark and Andrea really bring fresh ideas.

You had someone playing the saxophone at some point, right?

Kai: Oh yeah we had, on the track with Micachu. I remember that we posted a video on Instagram and people were like: “For fuck’s sake, I told you they were gonna do this…” [Laughs]

You’re known for re-interpreting your songs during live performances, evolving with the atmosphere of every album. While still recognisable, a lot of the older songs that you’re now playing have been stripped of their electronic aspects.

Dom: Many of our records are too detail-focused to be played faithfully live. So, we first find the space in which we want to be as a band, the four of us together, and work backwards rather than starting with the song. We try to find what’s interesting about every song in the set-up we’ve chosen.

With the new album, your sound is less polished and spotless. Especially on We Go Home Together, which seems to have been recorded in one take, with no post-production corrections on James Blake’s voice. It’s really different from the really polished sound of his latest work.

Kai: He loved it! When we collaborate with people on an album, we give them the opportunity to try something new as well. It was a space for James to have the opportunity to branch out, and he probably enjoyed that more than anyone. We’ve chosen to collaborate with people who are really progressive, people from which you don’t know what to expect.
Dom: I think that Micachu never sounded as vulnerable as on Marilyn, and Archie [King Krule] probably never sounded as insane as on Blue Train Lines.

Speaking of that song, how have British punk and experimental rock influenced the record?

Kai: A lot! They’re sounds that you hear that stick in your head and that you want to explore. This influences our experimentation, the way we write songs. British punk has been a constant in my life of making music. There was definitely a direct influence of Stereolab and Sonic Youth. Those songs come back and forth again and again.
Dom: A big influence on this album is Dean Blunt. We had this NTS show with a lot of guests, and the artists that we invited have influenced us. Actress, for example, has a lot of impact on what we do.
Kai: Back in time, there are elements of Buzzcocks, even Joy Division (it’s hard to avoid them in a conversation on what Dom and me always listen to).

The prevalence of distorted guitar riffs on this album is something new. When a band decides to implement so many changes in its sound, there’s always a possibility for it to go wrong, and then it takes two or three albums to actually get it right. How did you manage to at the same time leave the polished sound of your first two albums while still being in control?

Kai: Well, we took four years to do it. That’s probably worth three albums of things that didn’t work. But we don’t really think about that: you just go insane if you start thinking about who’s going to like you or not. While making this record we were the audience.
Dom: One thing that’s worth pointing out is that we’re at a point in our career where we’re really in a good position to make stuff. We don’t just throw in the record, let it sit there, and then stick to it to the letter when we play live. It’s a constantly evolving thing that we really enjoy to play live.
Kai: We have a good management and a good record label. Most of them tend to not have too much to say about how our music should be made. 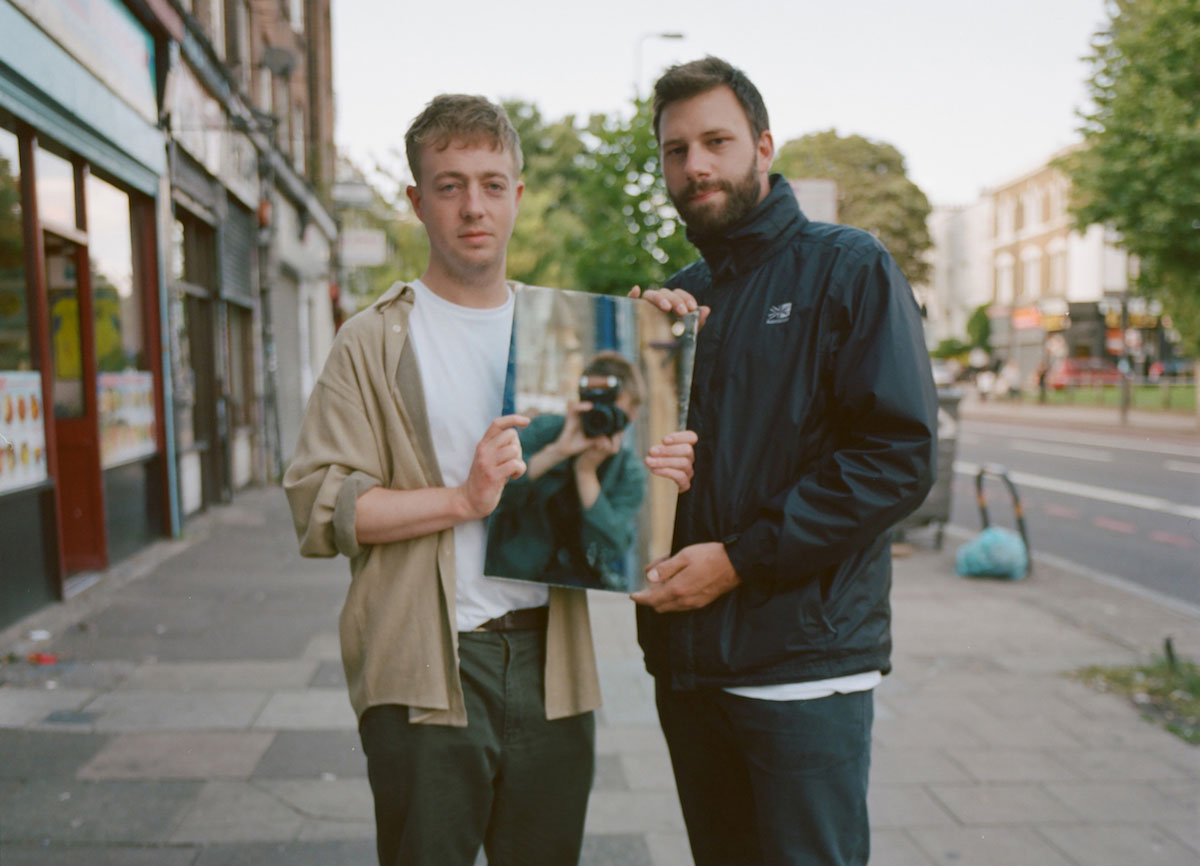 Are you interested in blurring the line between pop music and indie/experimental music?

Dom: I’ve been working with Jay-Z. That’s definitely something we’re interested in. We’re never been interested in sitting in one area, drawing a line in the sand without much happening.
Kai: There are things that you do for money, situations in which we tell ourselves: “We’re going to do this because of the money”, like “This advert will help us go into whatever we want to do in the next two years, we don’t have to rush into things”. But, creatively, we never make any decisions with in mind the way we’re going to capitalize on them. You can either be taken for a ride by the idea of what you’re supposed to be doing, or you can just change the perception of what your productions can be: writing music for films, or working for people like Jay-Z, not being dictated as human beings to a band.
Dom: It’s so inspiring to see what Micachu has been doing. And with the kind of music we make, visuals have always been something that we’re interested in. It’s necessary to keep a hold of who you are as a creative person.

Dom, you’re now living in LA. How did it affect your collaboration?

Dom: We had to travel to each other. It was interesting because those periods were meant to focus on work, and we had to live in each other’s world for that period of time. I think that this has always been there. We don’t just sit down and write songs from start to finish together. It’s great to have stuff sent from far away, and undoubtedly has an influence. Being in LA affects the way I listen to the things that we’re sending back and forth, and it was really refreshing. James [Blake] is out there as well.
Kai: It takes longer than a year to get rid of the British influence.
Dom: Exactly. Musically, it’s kind of a nostalgic thing. The London sound reminds me of things like going back to the UK with the ferry to Dover. It has that flavour from England—and that will never go away.

Mount Kimbie will play at Paradiso Amsterdam this Sunday