Odunsi The Engine is the no-fucks-given spirit of today 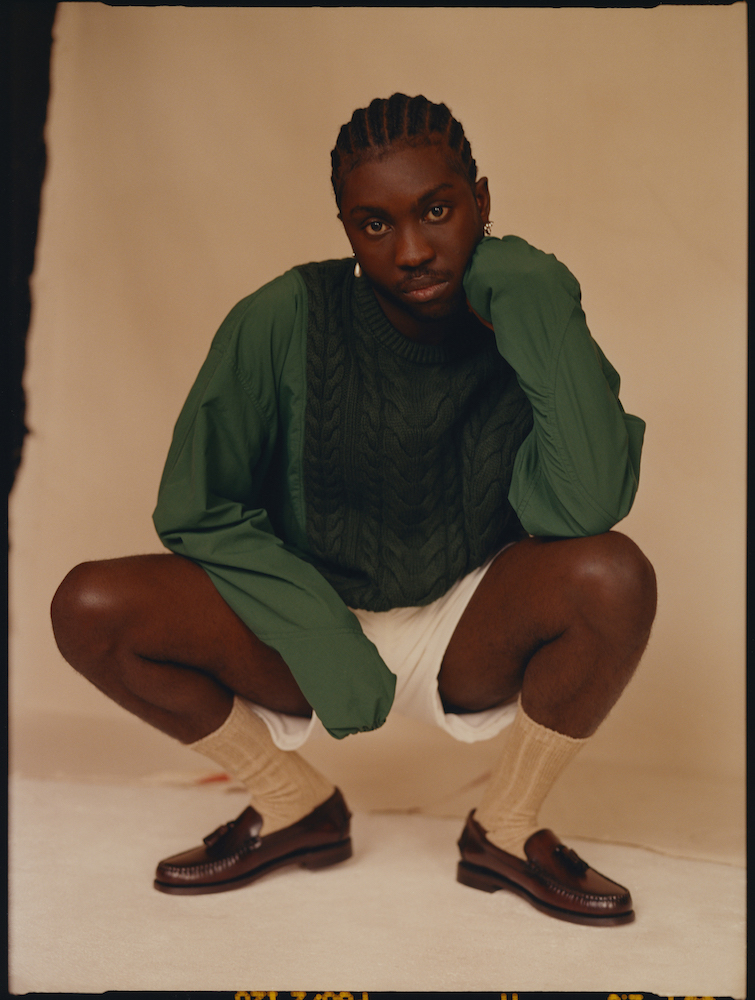 Odunsi The Engine is a musician hailing from Lagos, Nigeria. As for the past few years, his popularity has been rising in Nigeria and beyond, all thanks to Odunsi’s nostalgic afro-fusion. Aesthetically and sonically, his work blends styles from the ’80s to the aughts, from Nigeria to the U.S. He seems to want to always recreate distinctive vibes from certain eras, with his music generally categorized as “Alté”, or alternative. Within that subgenre, he’s grouped with artists like Santi and Zamir. Speaking with him however, it can be sensed that he isn’t interested in how his work is categorized or interpreted. Odunsi is focused solely on capturing whichever energy attracts him at the moment, and then translating that into the music. Although he’s currently in Nigeria and busy with working on an upcoming album, Odunsi did spend some months creating the record in London prior to returning home. Below, we discuss the process of creation behind the anticipated project and why he doesn’t care for anything but expression.

Thierno Deme: Odunsi, how has London been for you?

Odunsi: London has been great. I’m back in Lagos now, but it was super nice. Like, I loved it so much. Yeah, that was a new thing for me, because I got to experience an entirely different place.

TD: How long did you stay there?

TD: How was the process of making your home over there?

O: It was amazing. I’ve really found myself; I found new ways to express myself. And I think having a new environment really helped with that. 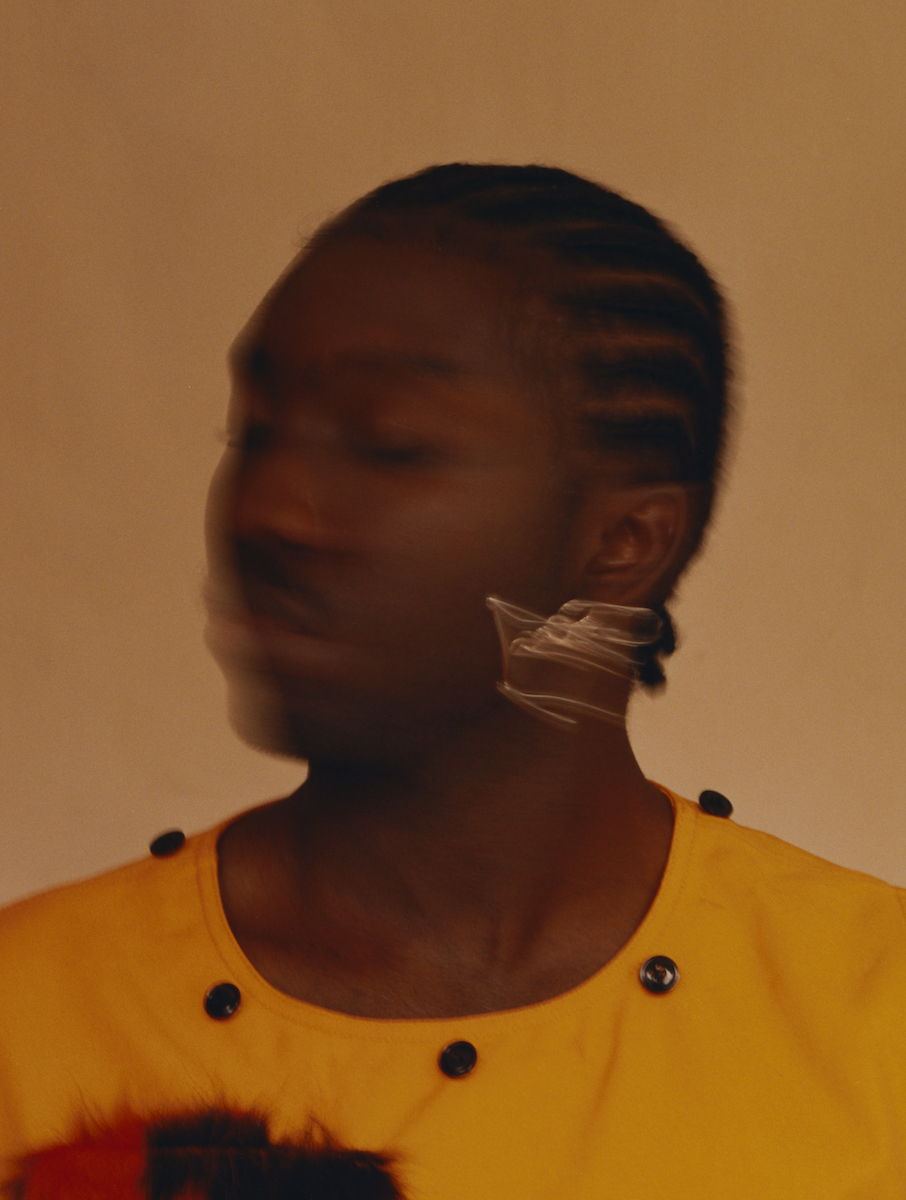 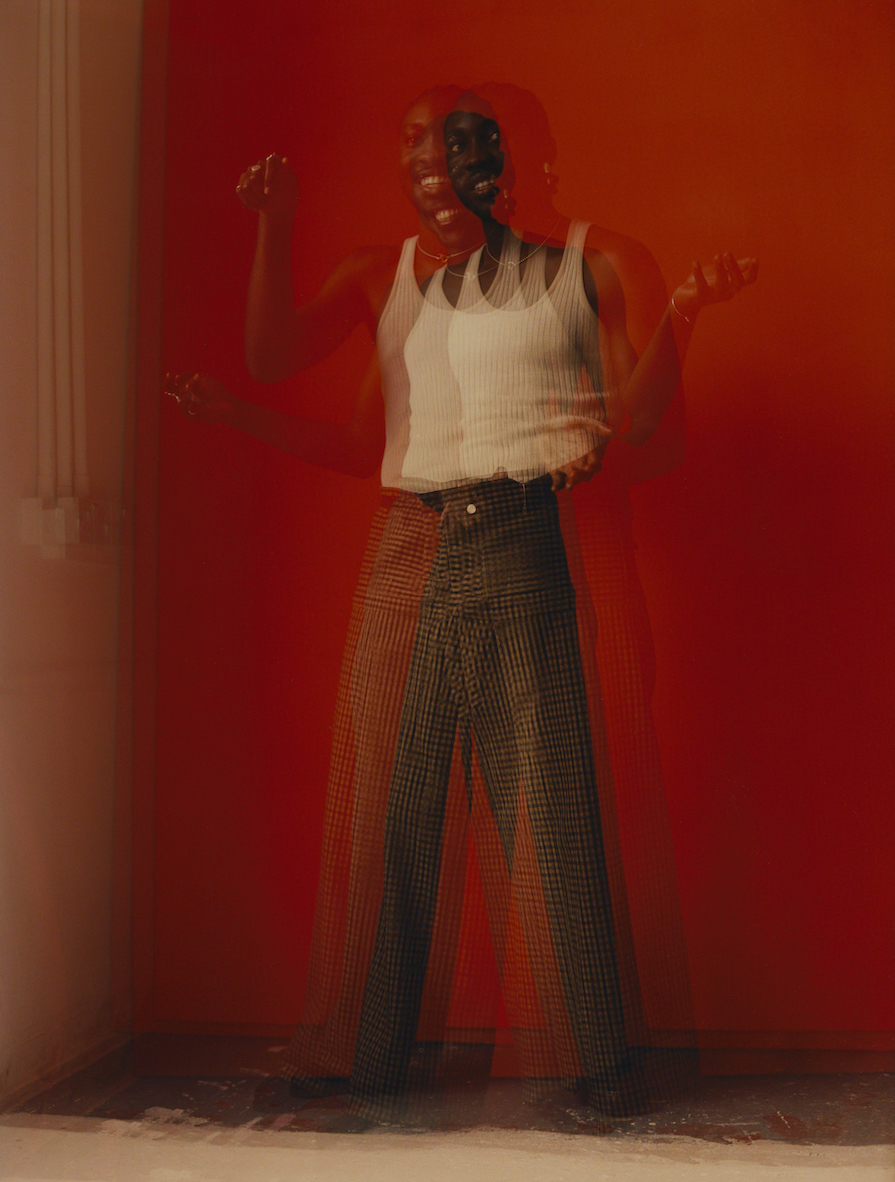 TD: What can you say would be one of the new things that you learned about yourself?

O: I liked being alone there. I really did like it a lot. I was always alone, but I thought that it was a problem, and then amid going out I realized that was what I liked.

O: I’m still making it, but I feel like in London I was making the music in real-time of my experiences. While in Lagos, I made the songs after I’ve had some time to sit down and process what I’ve been feeling. But in London, I made them as I was feeling.

TD: Does that mean that in London you were looking for influences and inspirations at all times?

O: I wasn’t looking for them. I was just expressing them every time I felt them. I never really am looking for anything; stuff just happens to me. It depends on if I do something with it or not.

TD: London is a hub of cross-cultural exchange, so was there a specific scene there that you kind of gravitated towards while you were over there?

O: The youth. It’s a very big word for it, but if I were to describe the culture I experienced there, that would be the word I’d use.

TD: When it comes to the youth, what was it that attracted you to them? Was it their fashion sense, their language, or the things that they were creating?

O: I don’t think it’s a “they” thing. It’s more of an “us” thing. When you’re not there, you say they; when you’re there, you say us. I feel like we’ll all feel the connection when we find ourselves in London.

TD: Do you feel like that might have something to do with how globalized we’ve become, to the point where you can go to other places in the world and connect with aesthetics and vibes that feel familiar?

O: Definitely; I do believe that. Technology speed things up, and we thought that that was what fast was. We’re not realizing that it’s phone calls that are making things slower now, because our minds are moving faster than calls or texts. So we actually need to be there, and I think people are going to travel a lot more now. They have phones and the Internet, but they’re going to want to travel.

TD: Were there any artists there that you worked with on the album?

O: In London, I just worked by myself, but I had some friends there I’d consider very inspiring during the process. Just seeing them every day made me see things in a new way. I don’t know if I was working with anyone. I never knew when I was working; my friends were just around and provided creative energy. Some of my friends are musicians, and some of them are designers and DJs. 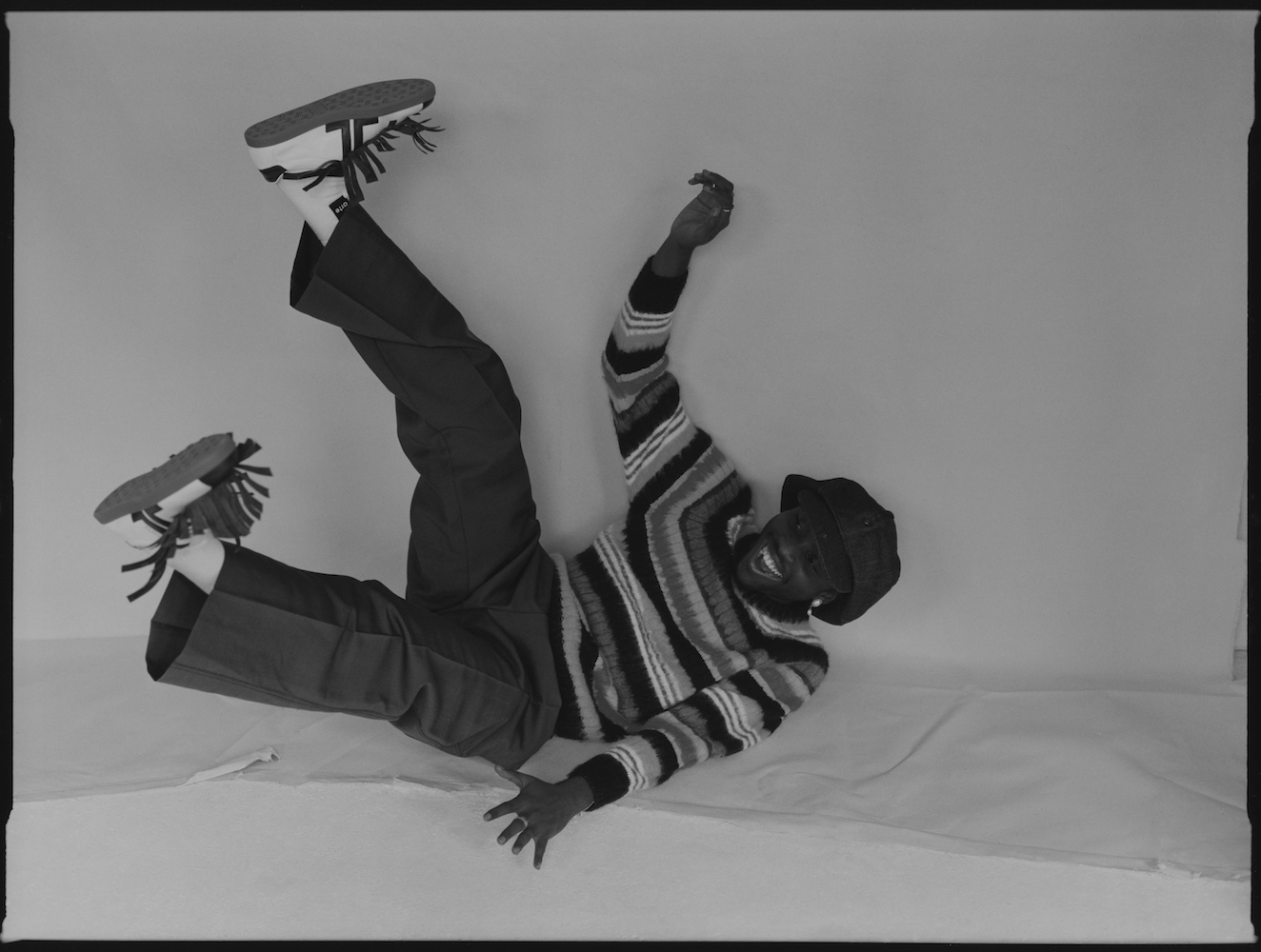 TD: This new album is supposed to be more lively and groovy than the last one and have more of a summer sound. What kind of influences will you use to create that?

O: A lot of influence from the seventies, but not sonically or aesthetically—energy-wise; what was going on then; what was going on in the 70s. That’s what the music is supposed to feel like. Not sonic-wise, not aesthetic-wise, but energy-wise, and then relating it to my own world, everything that has happened in my life and how I understand things.

O: The 70s portrayed in global media. For Nigeria, it was freshly postcolonial, so I never got the opportunity to see a Nigerian representation of that era outside of that postcolonialism. So all of what I saw was about colonialism. I didn’t see anyone having fun. I was just seeing politics. With Western media, I’m seeing partying, drugs and protests. There was a lot of chaos but unity at the same time.

TD: This album will be kind of introspective for you lyrically. What do you think you’ll be exploring exactly? Especially since you’ve been learning so much about yourself in London?

O: I can’t really explain it, because I’m still making the music. I don’t even know if it’s 20% done or 5%, even though I made a lot of songs. I’m really just living. It’ll be done when I feel like it’s time. It’s going to be more of a narrative of things through myself and through other people, but through my eyes; where I’m talking about myself by the means of them.

TD: Are you still working with Alté-affiliated artists? Do you even like people categorizing you in that sense?

TD: Can you elaborate on that?

O: I don’t know how to. I’m finding it hard to care about anything, other than just being alive.

TD: So you don’t necessarily want to be attached to any group?

O: It’s not that I don’t want to be attached. I’m doing me. However you feel about what I’m doing, you’re correct. 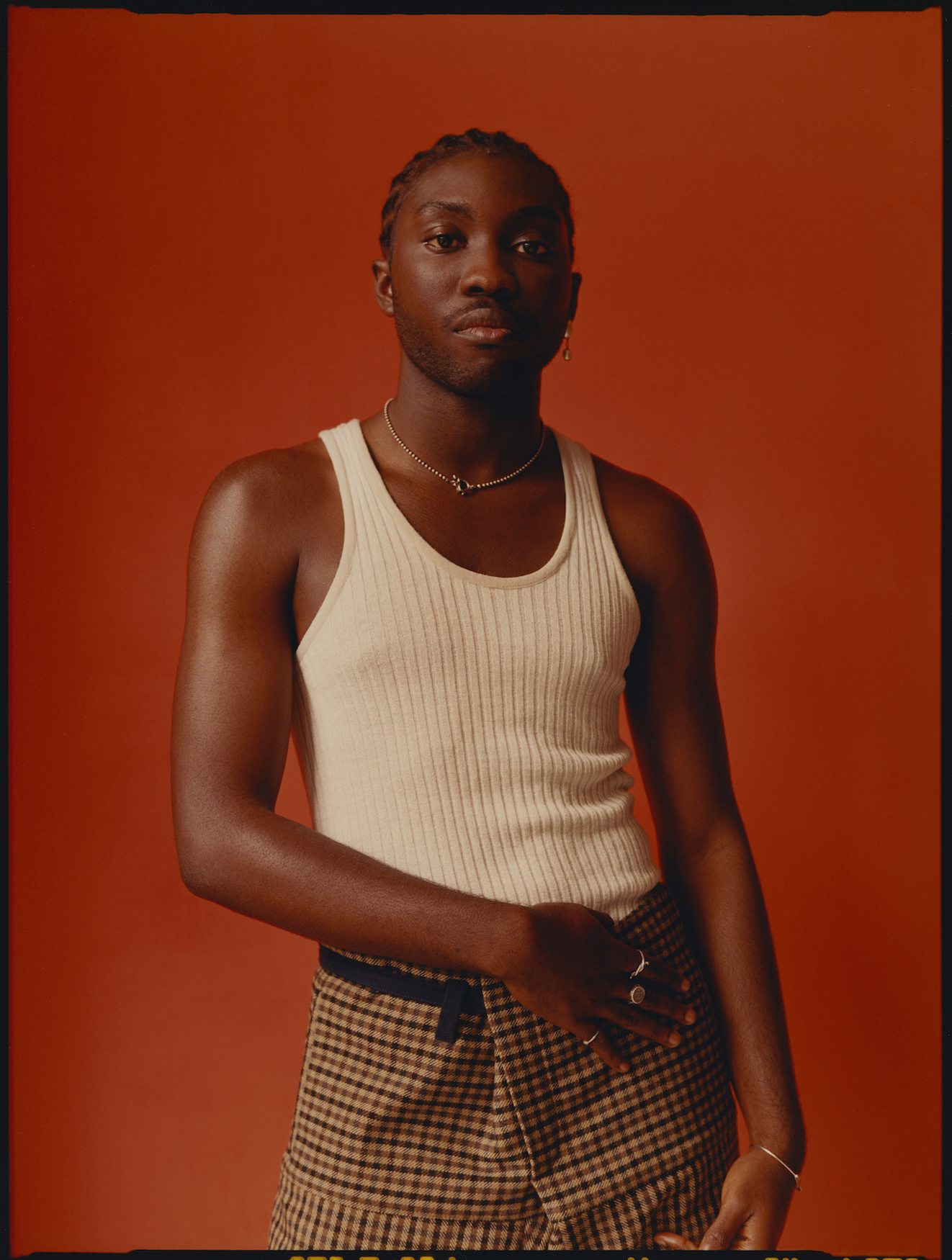 TD: So it’s more about just connecting to this “youth” that you’ve become enamoured with. I mean, for me personally it felt like you were drawing inspiration from the Diaspora in your music.

O: I can’t understand the Diaspora since I’m not of the Diaspora. But they like it, which means they see something in me that they like. I’m just doing me; I’m just doing what I want. When I do that, people are obviously going to create names for it. I’m never going to spite a name. I’m making the song so you can listen to it and have a guess. Whatever you feel or whatever gives you closure, that’s right. If you listen to it, and you’re a rap head, and you’re hearing a rap influence, you’re right. If you listen to it and hear a lot of psychedelic influence or funk, you’re also right.

TD: You want to allow everyone to just to have their own interpretation and be happy with that. But then does that mean that you don’t really feel that anyone’s interpretation could actually be in line with what you meant to create?

O: I don’t worry about that, because I’m not doing it for anyone to confirm me. I’m just expressing myself. That’s how I survive. I express myself through the music. So if the music brings you peace or brings you anger, that’s for you and not for me.

TD: You’re not interested in anything else that comes after your expression. 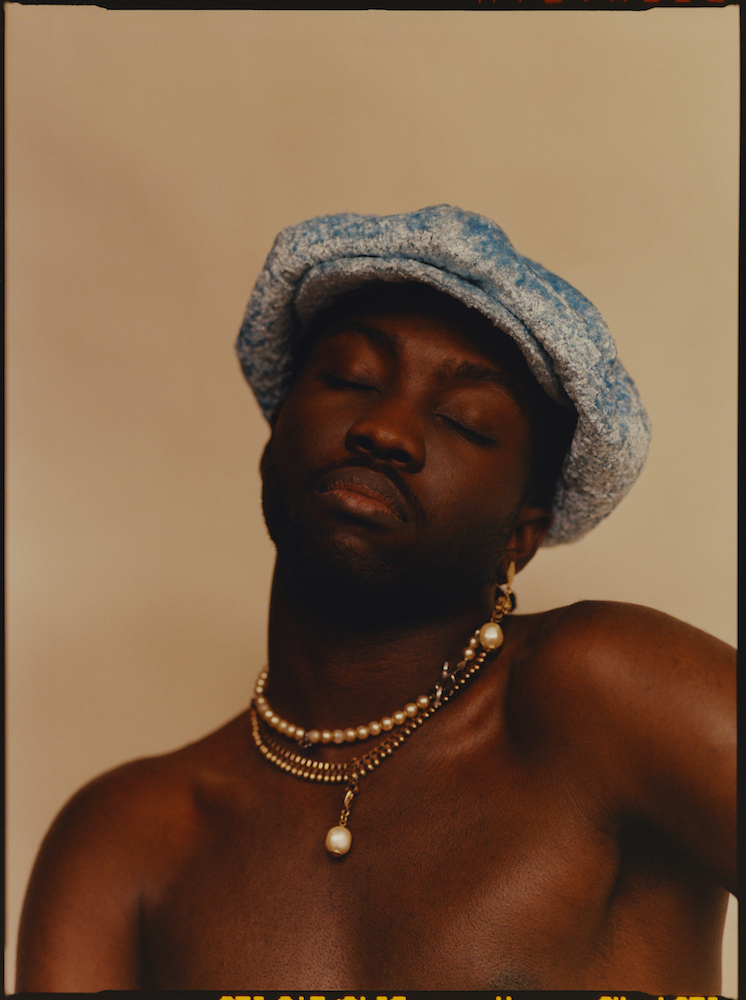 Special thanks to Tea Room Studio and Marjolijn Verkerk.