In conversation with Pearly Drops 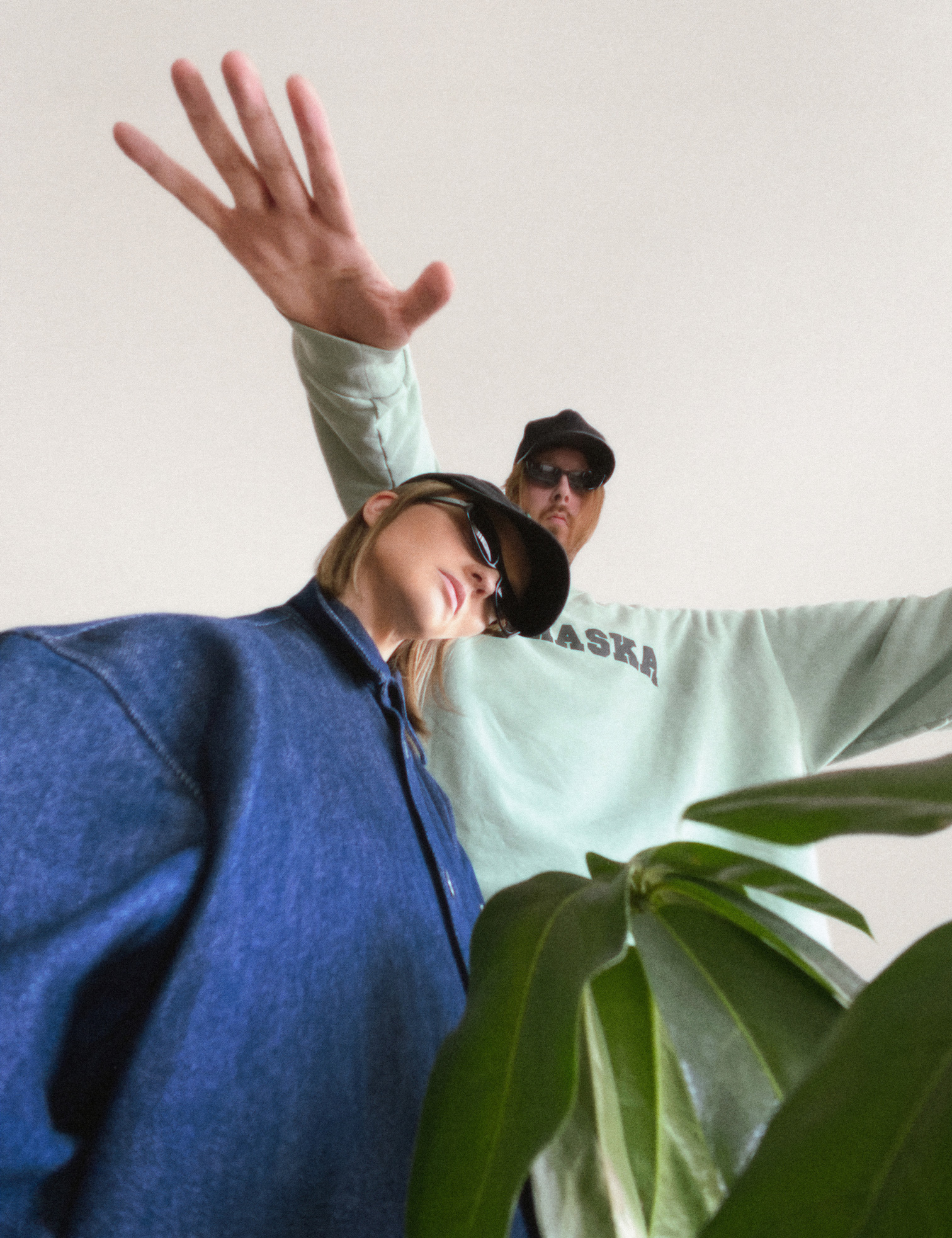 Helsinki-based duo Pearly Drops create a soundscape that is 80s nostalgia put through a kaleidoscope of wistful lyricism and modern satire. Having paved their way into pop with their disruptive productions (working with the likes of ALMA and Inga Copeland), Sandra Tervonen and Juuso Malin are now taking up their own space on the scene with a distinctly imaginative pop sound. Partly hopeful, partly angsty and dizzyingly hazy, their new single I Cry While You Sleep is all we could ever want from an alt pop record. Pearly Drops’ sound is like stepping into a liminal space, where tenderly haunting vocals and thickening synths absorb the listener beyond time or place.

How are you both today?

We’re doing really well, although at the same time everything is a bit frighteningly chaotic. It’s been a really strange year.

For sure. I love the new single, I Cry While You Sleep – can we begin with the creative process behind the single?

This song has actually had a quite long journey. It was originally written for a completely different artist and it was probably even before our debut album. But a few years later we realised that it could actually be our own little ballad and we just had to request it back, hah. It was our attempt to make something warm, wood-y and modern with instruments from the 60’s and the 80’s. That’s been our favourite palette for some time now.

The single is in many ways stripped back, but also incredibly self-reflective. The lyrics can also be perceived as quite dark, / Human behaviour is confounding, and No one can make me shine stuck out to me / — could you talk me through this approach? Should we see it as dark?

It’s possible that we’re just naturally relatively moody, humble and quite tongue-in-cheek. Maybe we just need to accept that these themes or the self-deprecating lyrics apparently seem to write themselves. It is likely that both the previous and the upcoming album unwittingly deal with loss, whether it was about another person or about yourself. But we wouldn’t say that we experience everything as hopeless, because the actual music itself can be quite uplifting in contrast.

There is also a strong fashion lens (with a somewhat satirical nod to the hyper-edited selfie). Talk me through this…

Thank you! In the previous life we used to have a bit more organised and polished studio photoshoots, but the end results quite rarely were something that we’d envisioned or that we’d be satisfied with. So we finally took the matters into our own hands! I think we just feel a little out of place and don’t necessarily consider ourselves as traditionally good looking or cool. When we try to put our own spin to the normalised sexy selfies it just probably comes out as humorous. But we do love comedy!

On an individual level – do you see fashion as a part of your artistry?

Pearly Drops is quite DIY project in all aspects, so naturally we’ve also had the pleasure to become our own stylists. When we started thinking about what our visual world would be like, we just went with the easiest route and turned to our own wardrobe. It definitely helped that we already had a quite wide selection of inspiring designer creations to go. For example, the work and collections of Margiela and Raf Simons have definitely made us look at fashion in a different way and in turn inspire our own artistry. Our archive is all mostly second hand though and we wouldn’t want to fuel or promote any mindless overconsumption. Buy smart!

Your 2020 album, Call For Help, was amazingly received! What are some of your highlights from this debut?

Thank you so much! One highlight definitely is that we made it all by ourselves, and that we were fully responsible of every single detail from pre- to post-production. It was definitely scary, nerve-racking and we worked so hard on it, but it still seems to resonate and gather new listeners. So luckily it was worth it. Also, it is actually quite mind-boggling that ‘Bloom For Me’ has lately become one of our top listened songs, even though it was just an album cut and wasn’t initially released as a single.

I hope we soon will have a new album! Does the reception of the first influence the creation of your sophomore work?

We’re currently finalising it! Funnily enough the only pressure is that it would hopefully match our own standards, the quality of our previous work and that it brings something new to the table. Of course we’d be happy if it also resonates with the listeners and finds its audience. 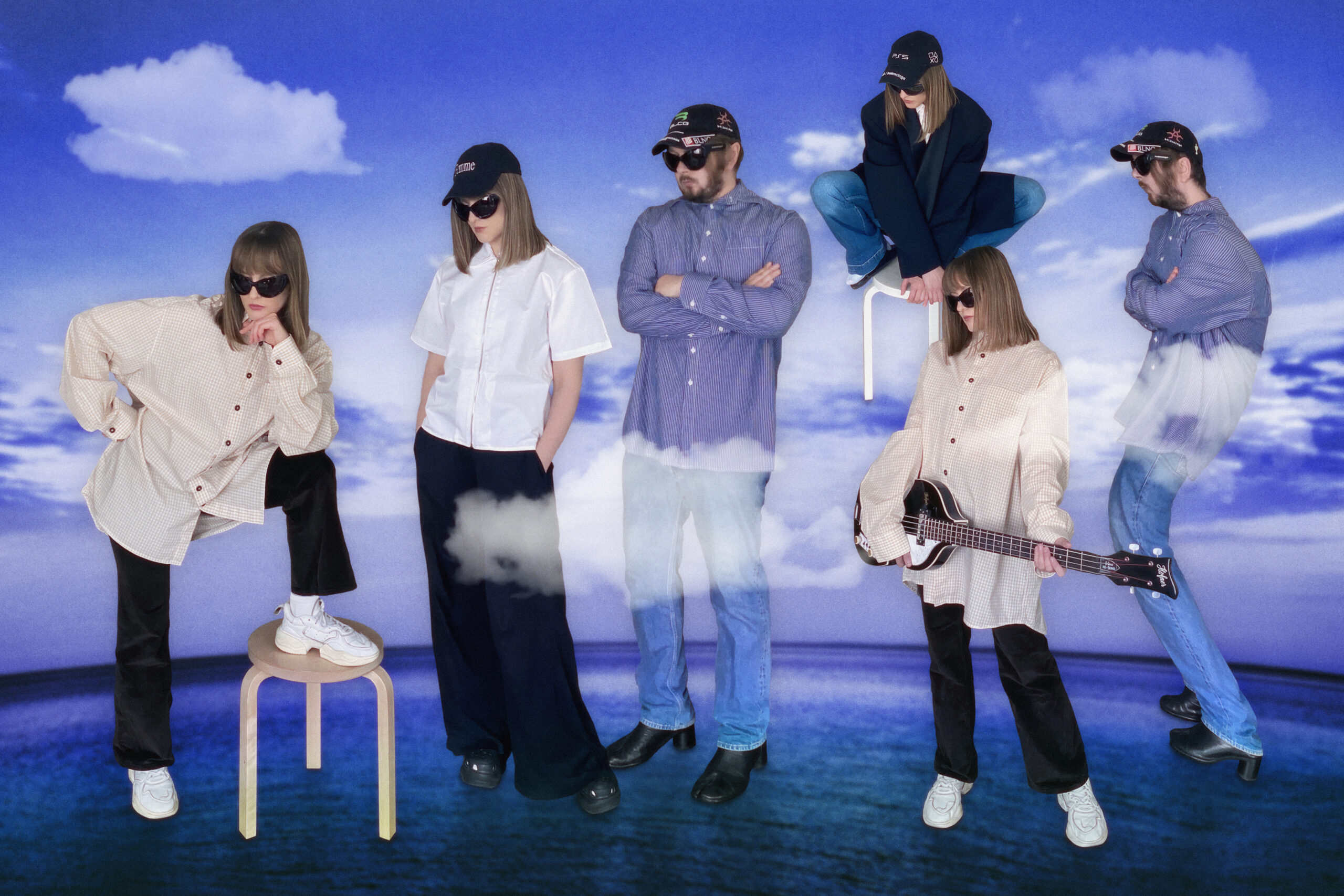 You have been described as “instantly familiar yet just out of reach” what does this mean to you?

Maybe in the beginning we were told quite often that we’re “too experimental” for the pop crowd and in turn too pop for the fans of experimental. But luckily it seems that it mostly wasn’t the case at all?

You intersect themes of traditional ‘earthiness’, with digitisation and online culture. How have these elements inspired your sound?

To us our music is an outlet of anything and everything, which first translates to sounds through the instrumentation, and after this a lyrical component of sorts usually happens to materialise as well. So our place in space and time defines our sound as well? In addition, it’s possible that the very niche, hard-to-define and post-ironic zoomer memes have either inspired us, or ruined us altogether.

Within this, the aesthetics of Pearly Drops are super strong. How important is your visual identity in alignment with your sonic identity?

We feel that they’re both as important, they feed off of each other and should always exist in conjunction. A comprehensive audiovisual world.

The cover art of the single was painted by Sandra — at what stage do the visuals become clear in your mind?

The visual concept starts to form pretty early on in the process, albeit for a long time it can be something pretty vague. Usually it’s a colour, or a palette of colours that we both start to mentally attach to a song. Funnily enough there have been occasions when we have both, unbeknown to each other, “seen” a song in the same colour. The rest of the process then just happens on the canvas, and after usually many attempts the painting starts to feel like it’s becoming the visual presentation of the song.

We have spoken about the sonic, fashion and artist elements of Pearly Drops — do you perceive this duo as a multihyphenate artist practice?

It’s starting to feel like it truly is. It felt that it was the only way to get everything finetuned just right.

Coming from Helsinki, Finland – what is the music scene like there? Do you find it a point of inspiration?

We have to say that, especially after the pandemic, we’re so far removed of any scenes, hah. We’d say that Finland and its nature as a whole inspires us, rather than any particular sound or movement, if that makes sense?

Teach me — what are some underrated sounds coming from Finland we may not know about?

We’re a bit afraid to mention any names as we’d probably forget some important ones. But for example Mirel Wagner, Lau Nau, Oranssi Pazuzu have always been inspiring. And we’d also like to mention the newer, more au courant acts like Glayden and inter alia. Their blend of the frostier and cloudier side of rap with a hint of psychedelic trance is quite interesting. 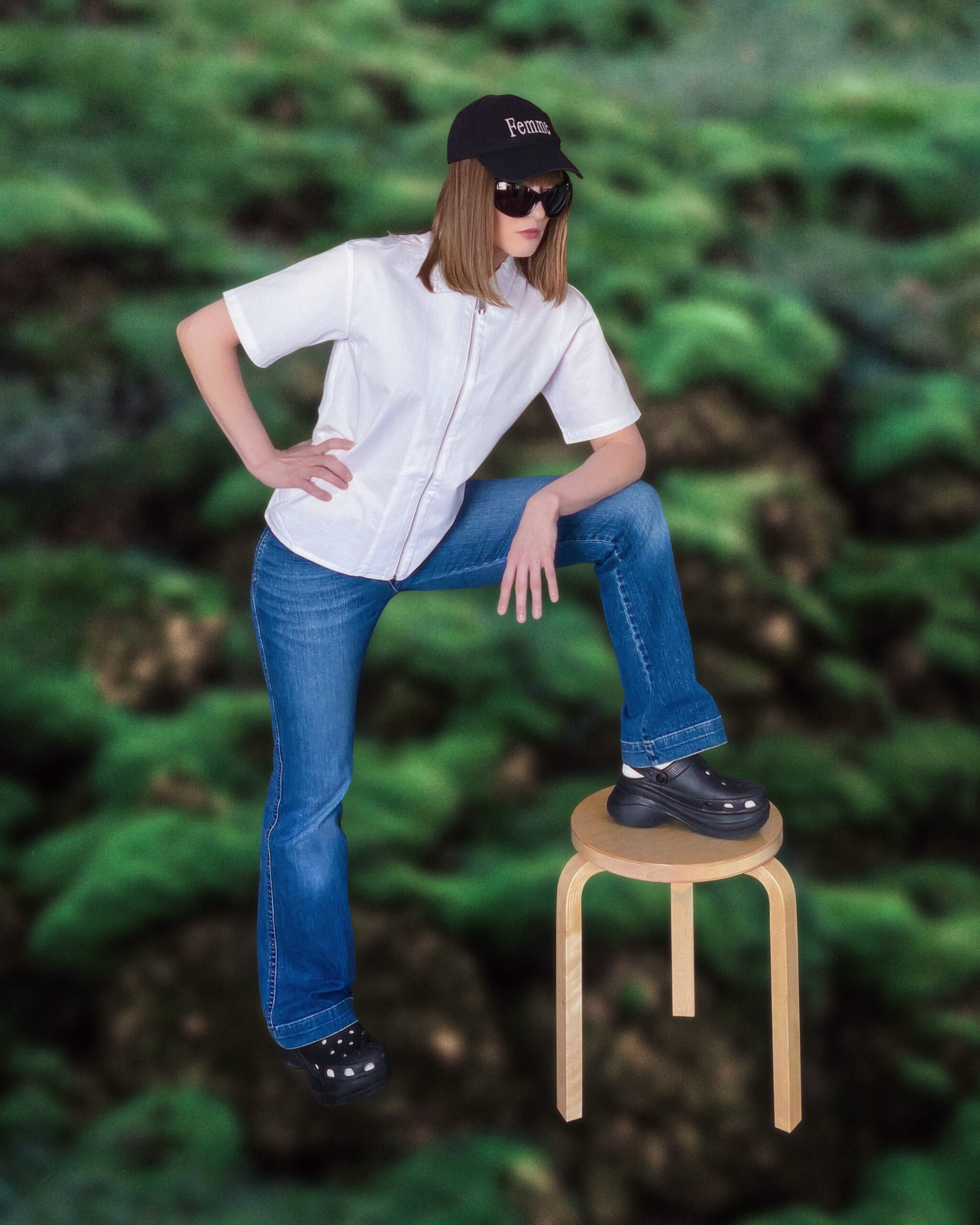 Time for a speed round! Favourite song at the moment?

To let yourself be lazy at the right time.

Putting other people down to make yourself feel powerful. And dictators.

To finally do a live show.

Something you want to leave behind in 2022?

We want to leave behind working on our new album, as we’re so ready to let it out to the world!