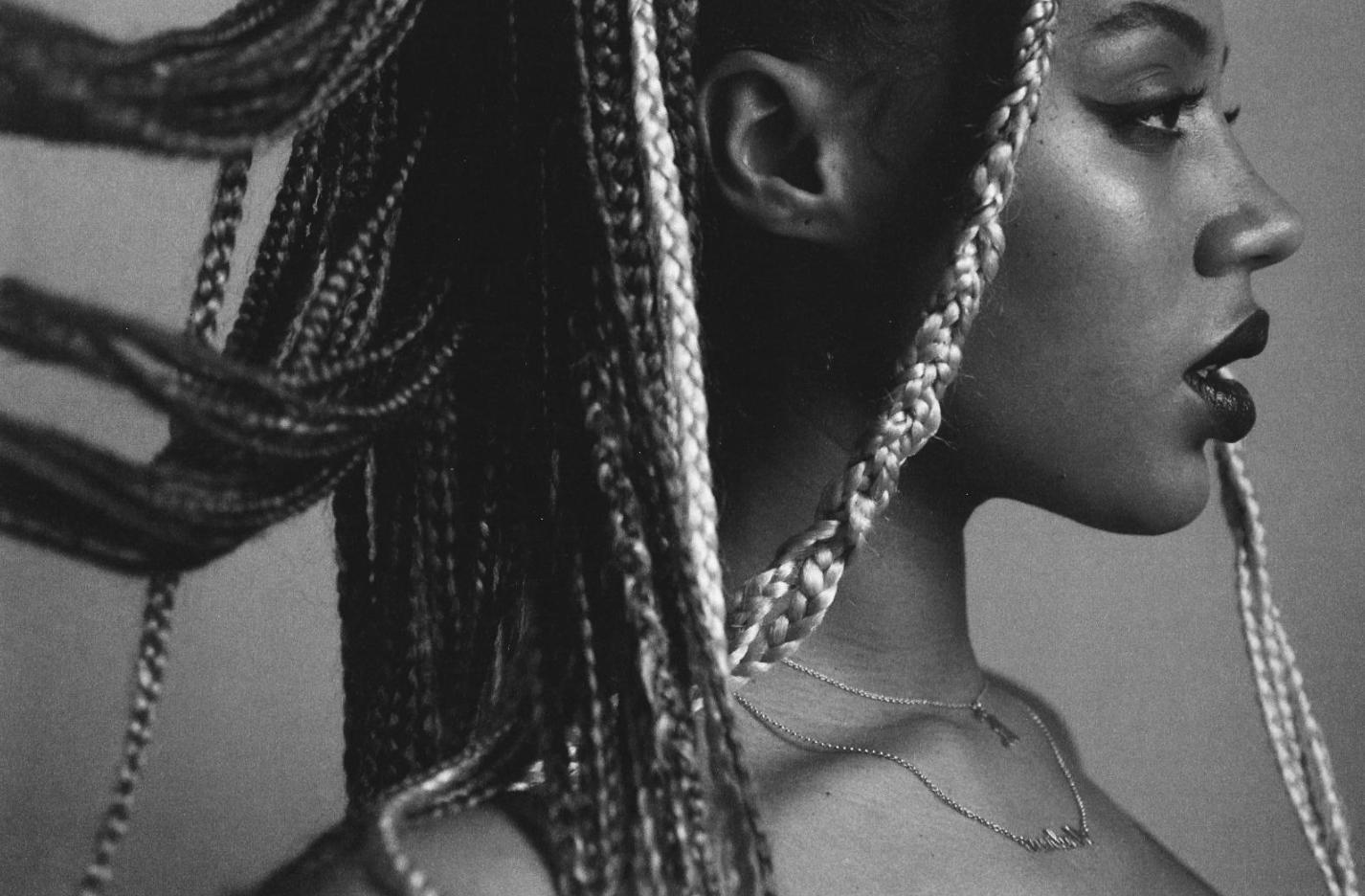 Hey Drea, I hope you are well! What have you been up to today?
I woke up and I started digging for new music to play this weekend …whilst organizing all the shows that are coming next month! It may sound cliché for a DJ but it’s been like this all day.

Sometimes the cliché is the reality haha. It has been a super busy time for you (with some really epic projects). How has it felt after the past few years of lockdown to be back and so busy again?
Mainly excited about all my upcoming dates. To be honest, I’ve been struggling with anxiety in the lockdown, but I discovered a lot of new music that helped me to cope, and I’ve also had the time to improve my DJ skills. At first, I felt a bit overwhelmed but right now I’m over the moon with the current situation, as the clubbing and nightlife scene is back in action. I feel really blessed with everything that is happening.

I totally understand this feeling of anxiety, during such an unstable time it became hard to focalise on the things we once did. But amazing you had something -DJing- to hone into. Both the world and the industry have adapted after so many years of no live events. Have you yourself noticed any of these changes? Maybe in your sets, the crowd, events and so forth…
Yes! Absolutely. There are young people who turned 18 during the pandemic and have been waiting practically 2 years to be able to party. I noticed them from the DJ booth, and they seem kind of lost, but also excited, as they were having their first club experience.
In terms of music, things have also changed. It seems there are no more genres; influences can come from everywhere and audiences are good with that. One of the main reasons this situation is happening might be Tik Tok, as it is helping a lot of alternative and underground artists make their music popular and heard. It’s a good platform to start opening our minds and start listening to edits from all around the world! But by the way, now more than ever, I can feel the crowds are ravenous for a good party, dancing and letting go after all lockdowns and restrictions.

Tell me about it!

You have established yourself as an amazing DJ. However, where did this all begin? What initially sparked this journey for you?
Previously, I studied fashion design and worked as a graphic and fashion designer for 5 years!

Oh my god – as if, how did you transition?
Well, there was always something inside of me telling me that music was going to be my future and that I would become a DJ sooner or later. When I turned 18, I started working PR in a club in Madrid, and I felt some kind of energy was pulling me effortlessly into the nightlife scene…and I became obsessed with the figure of the DJ.

I mean, the DJ is the party master per se. Why do you think you were so intrigued?
Music runs in my family. My father was a popular DJ back in the 80s-90s in Spain, and my mother was also an avid music listener. I grew up with great artists such as Diana Ross and Luther Vandross being played at home. I was raised listening to disco, house, old school r&b and hip hop, soul, reggae, jazz music… I guess that’s the reason why I love to show the world how I can mix all the styles and create my own vibe to make everybody dance and release from stress and problems while listening to my sets.

This is SO clear in your sets. Mixing Jump alongside Mundian To Bach Ke. Since these beginning perspectives/influences, has your view/perspective on the industry changed?
In regards to music, new genres and hybrids are created each day and old sounds are being redefined by younger generations. That leads to the audience being more accepting and prejudice-free. Concerning the scene, I’m extremely happy to see more and more female DJs within the industry who are exceptionally talented, and I hope to see more black women entering the business in the near future.

Your January Boiler room was nothing short of amazing. That set has the ability to get everyone up and dancing! What was that experience like?
I was very nervous haha. The situation was a bit risky, because my music selection was a capsule of time, mixing songs that DJs don’t use to play for crowds in Spain. But I needed to be true to myself and played what I wanted without second thoughts. A Boiler room was always my dream and I never thought that it would arrive so soon. DREAM FULFILLED. 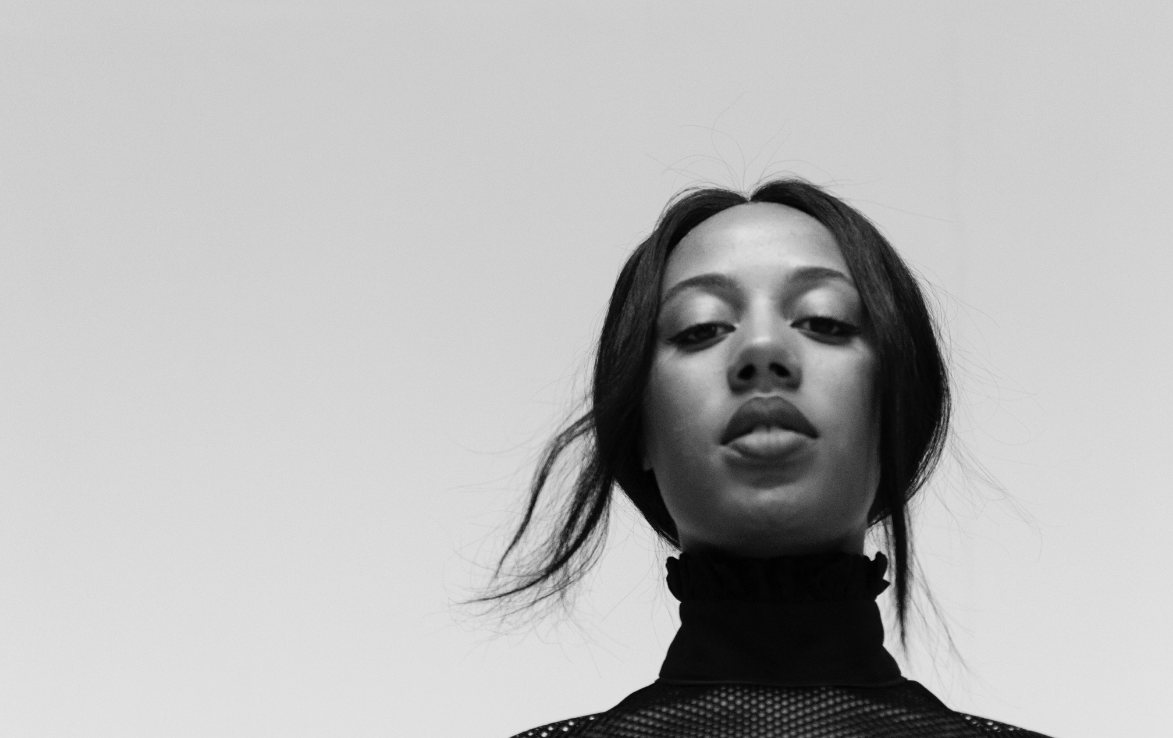 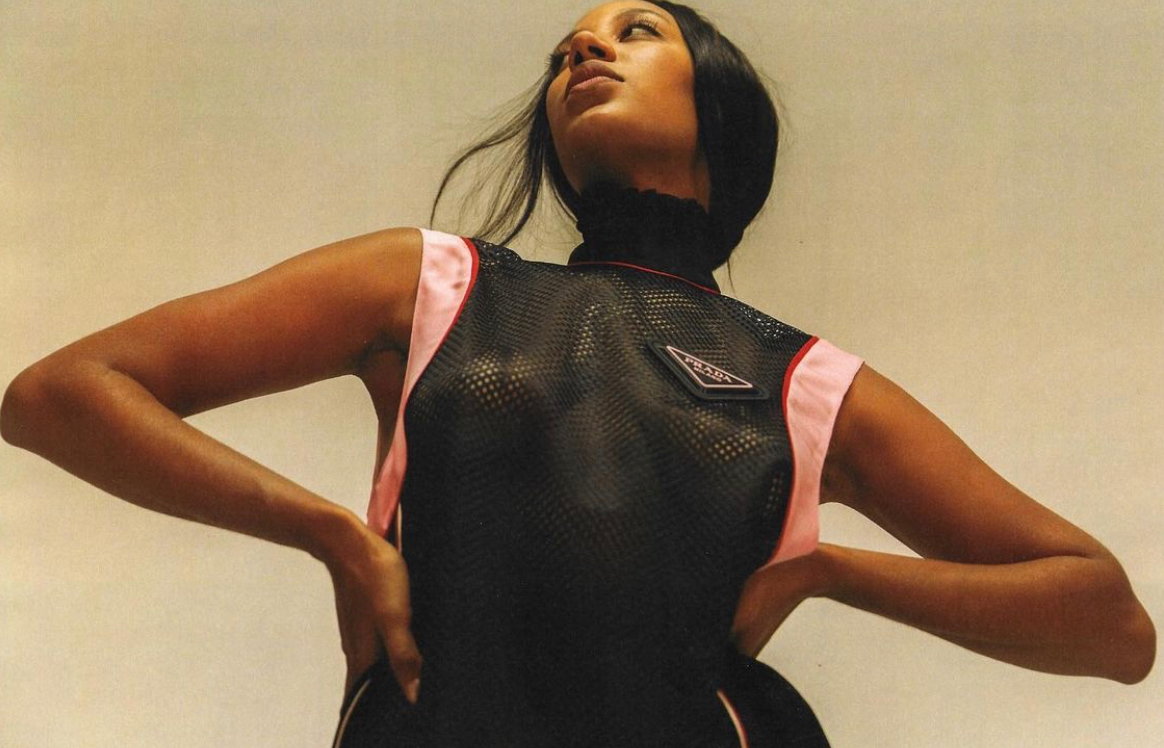 Do you ever look back at videos/recordings of your sets? Relive the moment…
Yes, I do it all the time. I love to see how I improve the transitions and blends. I’m a perfectionist, but I really enjoy what I have done in the past and I’m very proud of my growth. It always reminds me that passion and hard work pays off.

You recently posted on Instagram that you are motivated as a DJ through the “connection of souls”. Can you talk me through this feeling? Or belief?
I’m a spiritual person and very sensitive to the emotions of everybody. I think music is a universal language, even if you can’t understand the lyrics, it goes beyond that. I’m always present in the moment when I’m playing my sets and I always feel that I’m connected to the crowd. I like to think that they perceive the same. People tend to think that being a DJ is all about music, but I think it’s more about channelling energy.

Totally. It’s connectivity and community… two things that music initiates. How would you describe your community, and how do they inspire you?
I don’t really have a specific community, I don’t like to make difference. I’m continually inspired by all sorts of people, that come from different backgrounds, cultures and sounds. I think that many times the key is to look around you and soak in as much as possible.

Speaking of which, your Instagram overall is super positive and uplifting. I found so many posts expressing gratitude and happiness. What allows you to stay in this frame of mind?
I have always been a very grateful person and I think we all should be. Obviously, I have my bad moments and life is not easy, but that itself has made me learn that there is only one life, I like people to receive that energy and try to motivate others who may not be having a good time.

As you say, your selections and mixes are uniquely you. You are inspired by, and play tunes from so many different genres. From Rosalia to the latest in UK Garage and Grime. How do you find your mix-muses?
I’m always searching for new music. I mean I’m captivated by new sounds and new artists…I can spend hours searching on different platforms for something new. I also love to use old school music. In the end, most of the samples that are popular today come from the past. I enjoy finding links between old and present references.

Do you find a country/region’s music teaches about the culture? For example, Grime with East London, Reggeaton with Latin America or Dancehall with Jamaica…
I think this is one of my favourite questions and this is so important. We can’t forget where everything comes from. You can learn a lot about a culture from their music. It’s not only the lyrics. They’re telling the story of their lives. Sometimes a lot of artists come from nothing and their only form of art and rebellion is music. They are expressing their feelings and their concerns. Sometimes what can be a taboo for some people might be a form of expression to others. If you are curious enough and don’t stay in the superficial part, you realize why each culture creates its music according to the sounds or lyrics they use. For me that’s one of the best parts of my job, learning from others.

What are some current songs you can’t get out of your mind?
I can’t choose one sorry…haha but I’m obsessed with Brazilian funk … VAPO VAPO VAPO !! Also MC Dricka. I listen to a lot of Tems songs, people shouldn’t be sleeping on her last album “If Orange Was a Place” and I’m in love with Muni Long’s “Hrs and Hrs” I think she’s going to be one of the best singers in the new r&b era. I also listen to a lot of edits and alternative producers. 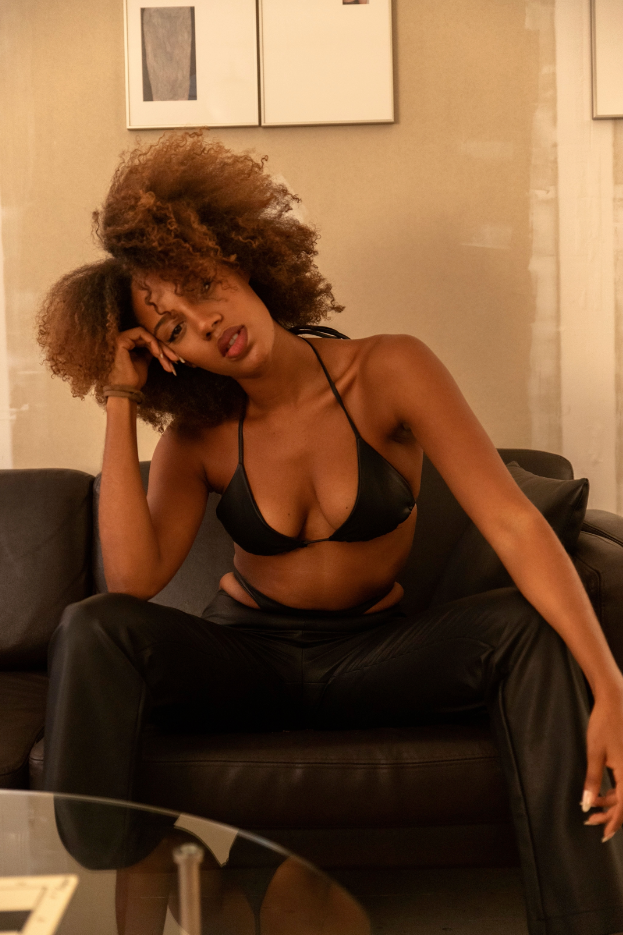 Navigating the club scene can be difficult. And something our audience is often actively participating in, as creators, audience members and/or organizers. What would your tips be for those trying to penetrate the scene?
I think one of the most important things is to work hard and listen to a lot of new music. Practising is the key to improvement. Also, try to find a safe circle of people who you can trust. You gotta be professional at all times, and never sell yourself in order to please others. Stay true to yourself and sell your idea. Never listen to your inner saboteur. And don’t be late for gigs. Also if you are a woman, it’s utterly important to support each other and try to create a sisterhood in your area. There should be no competition, as we all have something different to contribute. Do not compete, that steals a lot of your energy that you could be used for better.

As we enter into the Spring-season, a time of growth, what do you manifest for your 2022?
I manifest work, and money (as I have bills to pay). But above all, I wish to keep a healthy mind and body so I can keep chasing my dreams. I’d also love to be able to travel a lot, meet new people on the way and never stop learning new things. One of the things that I always manifest for is more opportunities for black women. I want to see us on the line ups in each club, headlining festivals and I want to see us succeed.

Thank you for talking with me today! Any exciting gigs/projects etc coming up we should keep an eye on?
I’ll be playing very soon in Amsterdam, Milan, Copenhagen, Brussels and more countries are added each day. Also, if you’re planning to visit Spain, you can either catch me at Antídoto Club in Madrid or at Fuego Razzmatazz in Barcelona where I usually play.