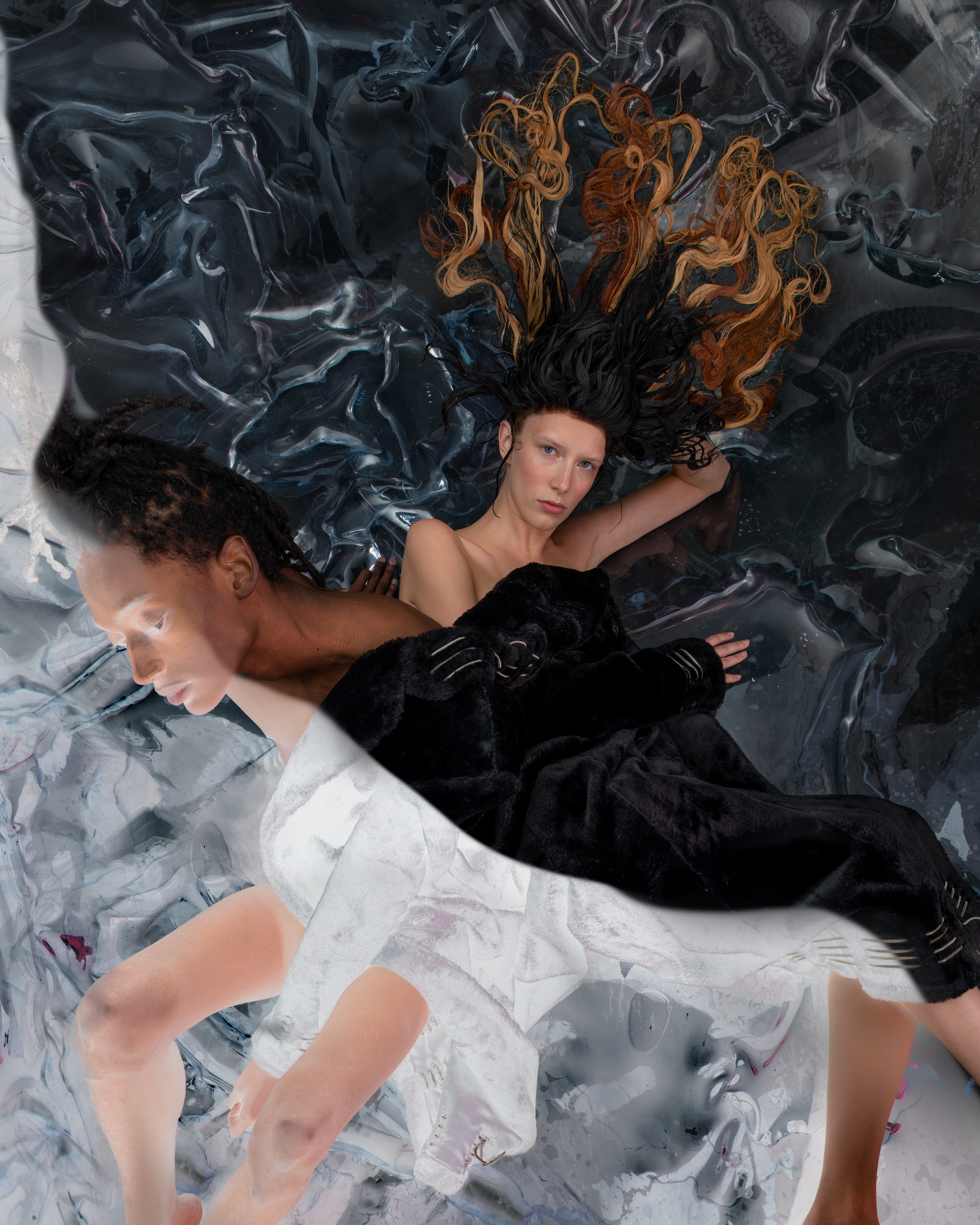 When contemplating the future of fashion, the first vision that comes to mind isn’t always reptilian leather and talon nails. Yet, Xiamen-based SANKUANZ has been playing with expectations since the brand’s inception in 2008. Beginning its journey as a staple of the Chinese underground scene, SANKUANZ has since moved successfully into international waters, with regular appearances on the Paris Fashion Week runway and spots on luxury stocklists all over the world. Following the SS21 collection release, Glamcult spoke to founder and designer Shangguan Zhe to discuss the brand’s mesmerising and continuous rise.

Every SANKUANZ collection has a playful air. Throughout the years, inspiration has come from places as diverse as animated sitcom South Park, to abstract expressionist artist Cy Twombly and Tibetan Buddhist cloaks. Yet this eclectic approach is only one part of the label’s unconventionality – the designer himself has his fair share of eccentric whimsy (“Maybe in a few years we’ll be living in a computer server”). It’s no wonder the brand has always been popular in the underground scene. Beloved by diverse non-conformist communities, the unpredictable universe of SANKUANZ simultaneously belongs to punks, goths, ravers, and everyone in between.

A potential dystopian future has always incited the designer’s imagination: “The idea of wasting life and squandering talent appealed to me,” Shangguan Zhe explains. This emerges as a paradox – that progression can run concurrent to emptiness – one which has sustained the brand’s placement in the underground since. “The underground culture is full of vitality, and it derives its vitality from the fearlessness of self-destruction.” When transmuted to the clothes, it means a youthful gaze has persevered well into maturity. The devil really is in the detail—razor-sharp silhouettes framed by their eccentric shoulders, textured PU and leathers in bold colours, black and neons. Right down to the diamante headpieces and model’s tattoos, the eye is sucked into the blossoming intricacy. 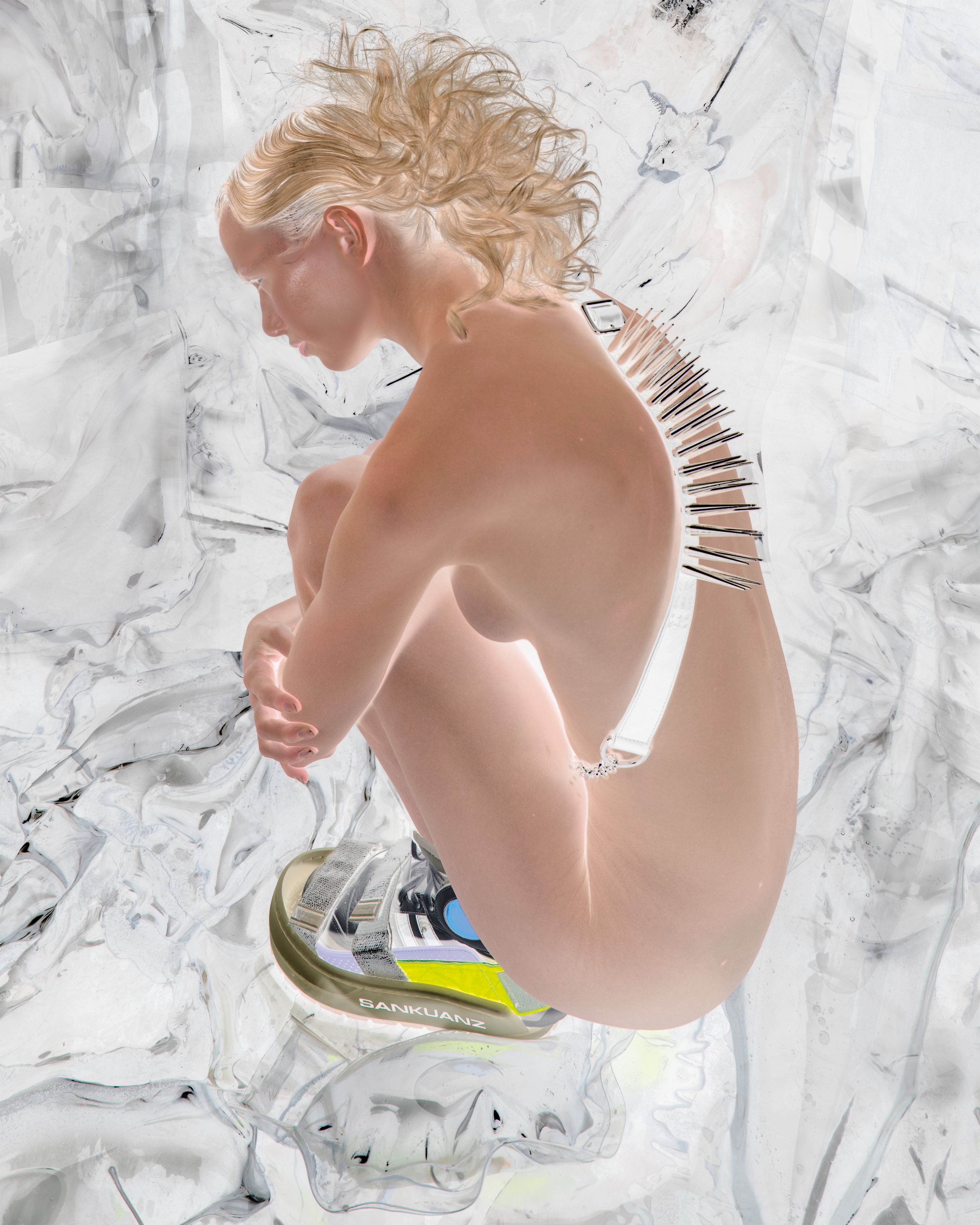 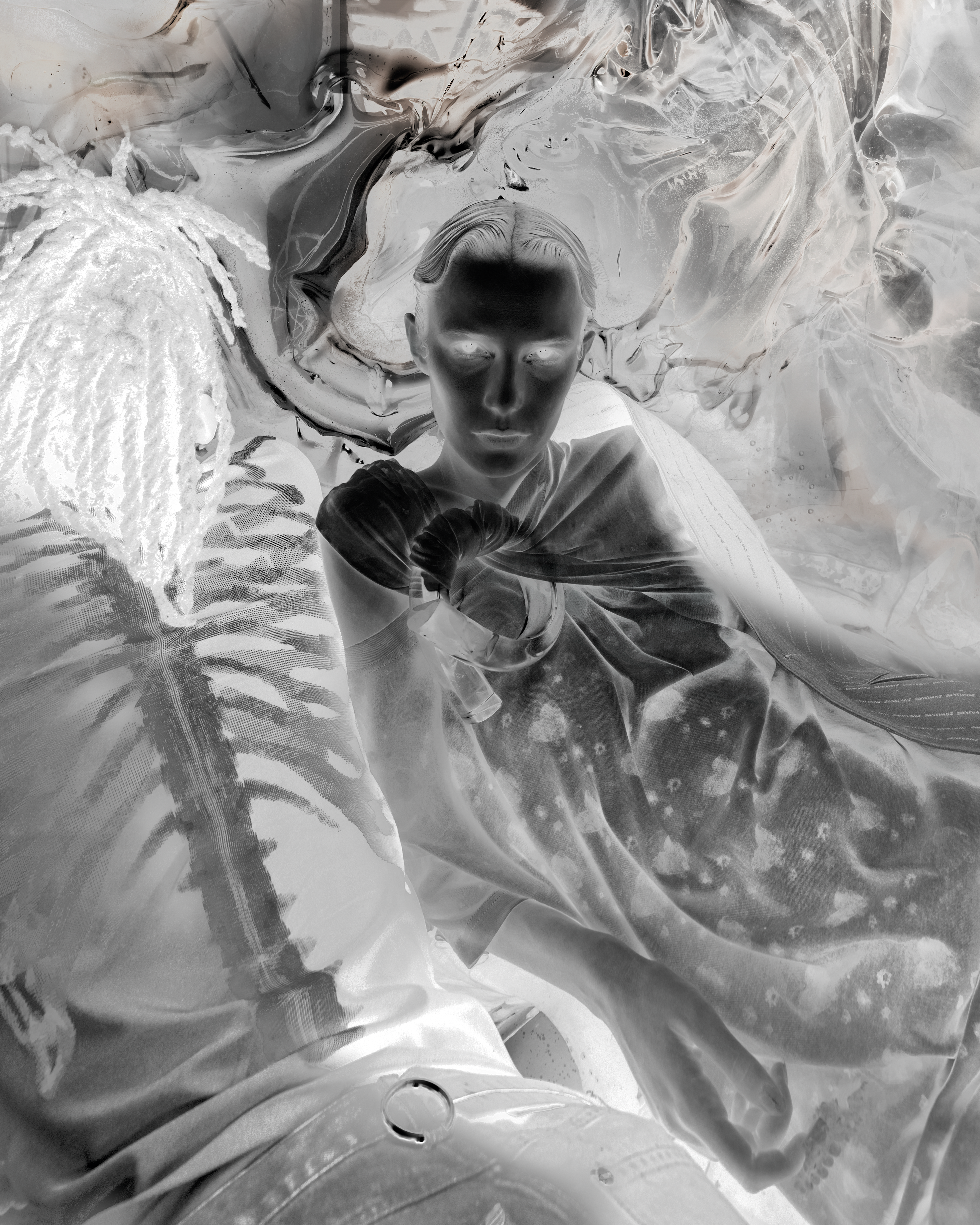 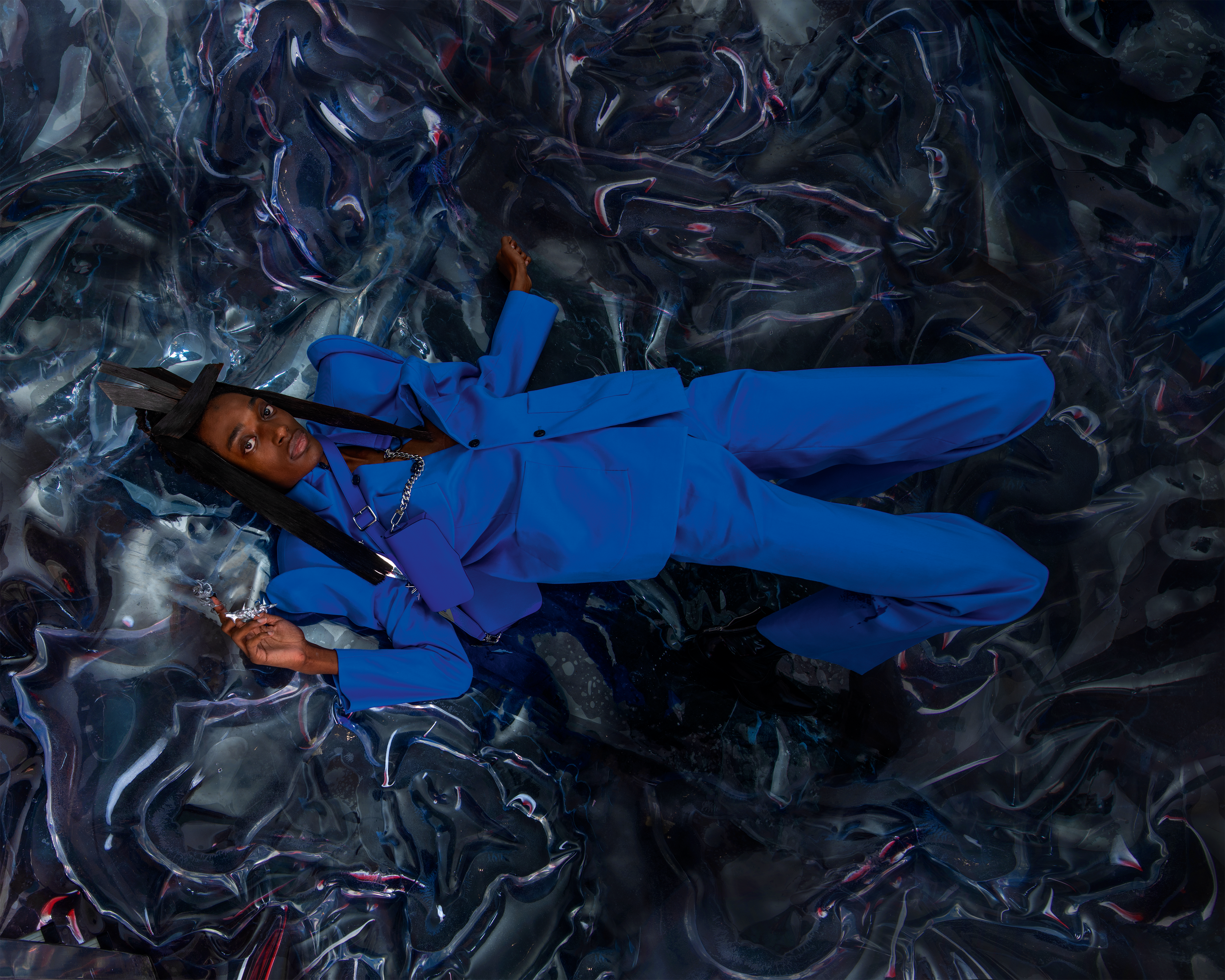 In the brand’s origin lies a DIY attitude: SANKUANZ began as a humble T-shirt brand. “After graduating from college, I didn’t feel like working,” Shangguan Zhe explains. Instead he chose to stay home, drawing designs for shirts which would later be printed and given to friends. It took time for the brand to evolve into the eclectic collections that we know today. But it was buoyed along by the creator’s dynamic spirit. “I’m sensitive to energy,” he discloses. “The lack of energy makes me impatient […] When I started out, I couldn’t make clothes, but I had energy.”

There’s a thread running through SANKUANZ which is all about individuality. The collections radiate the kind of strength and empowerment which come from a laser-sharp focus on self-expression. The mantra for the SANKUANZ zeitgeist is all about showing who you are. Shangguan Zhe even defies the idea that the brand might represent a new era for Chinese fashion design—something many commentators have suggested throughout the years. “I love my country, but I don’t want to represent anything but myself,” he tells us. “Sometimes I feel like I can’t represent SANKUANZ either; it has a soul of its own.” It hasn’t necessarily been an easy journey, to sustain an individual mindset in the midst of capital ‘F’ Fashion over the years. Just like the rest of us, Shangguan Zhe can be swayed. When asked, he confesses that the biggest challenge has been “[facing] the limits of self-perception. Sometimes the outside world influences my inner voice.”

For the SS21 collection—presented in the digital runway video Phosphorescence— Shangguan Zhe pays homage to the late Soviet poet Osip Mandelstam, both “the poetry and the times he lived in.” The influence plays out quite literally in the military-esque clothes, but also thorough a grander statement: that standing unapologetically behind a creative voice is absolutely paramount. Mandelstam, who was interned in a Soviet forced labour camp in 1948, was infamous for his counterrevolutionary writings. “Nowadays, poets don’t have to give their lives for their honesty,” the designer muses, “but the nature of the world hasn’t really changed much since that time.”

When I ask about the gendering of clothes in the collection—labelled as menswear but containing many women’s looks too— Shangguan Zhe approaches the subject with a nonchalant radicality: “I don’t think the gender thing matters at all,” he says. “I sometimes find explicit gender a bit dumb.” There is an emphasis on bringing the best from both genders into the styles; the tailoring moves smoothly between corset dresses and looser suiting looks. But Shangguan Zhe is also making a bigger, ballsier point about the binary – that it just shouldn’t exist: “Humans shouldn’t have a gender. The perfect thing would be for humans to be hermaphrodites, like earthworms or snails.”

Shangguan Zhe still has pretty strident thoughts about what a newly curated and ‘risen’ world would look like. “People of different cultures, faiths and ethnicities [should] all be friendly,” he offers—a clear reflection on the current times. “I think the world is a terrible place right now. A lot of people hate each other. I feel sad sometimes, and I want peace.” It’s a sobering note which hides within it a flicker of hope—one that is essential in the search for a new world. 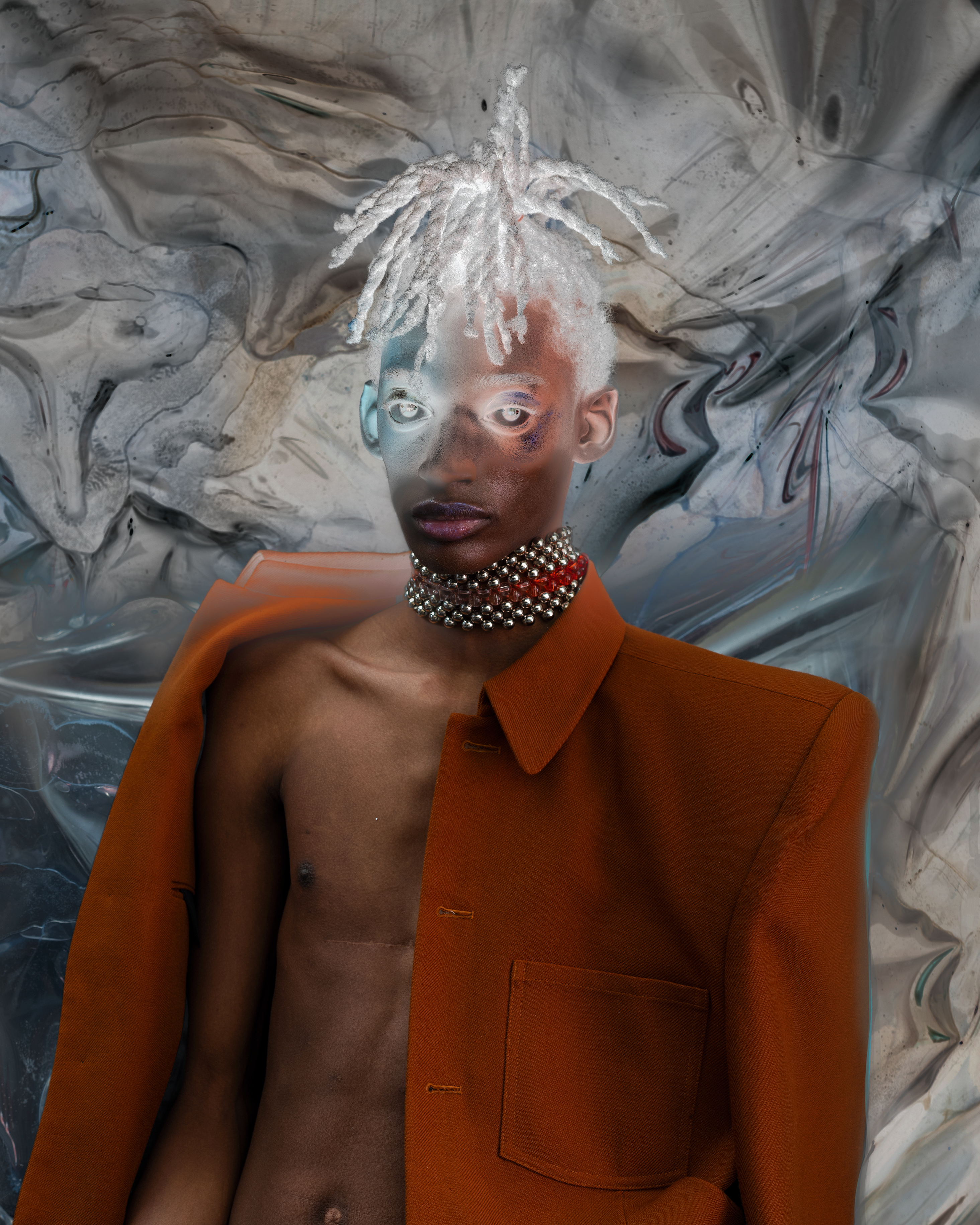 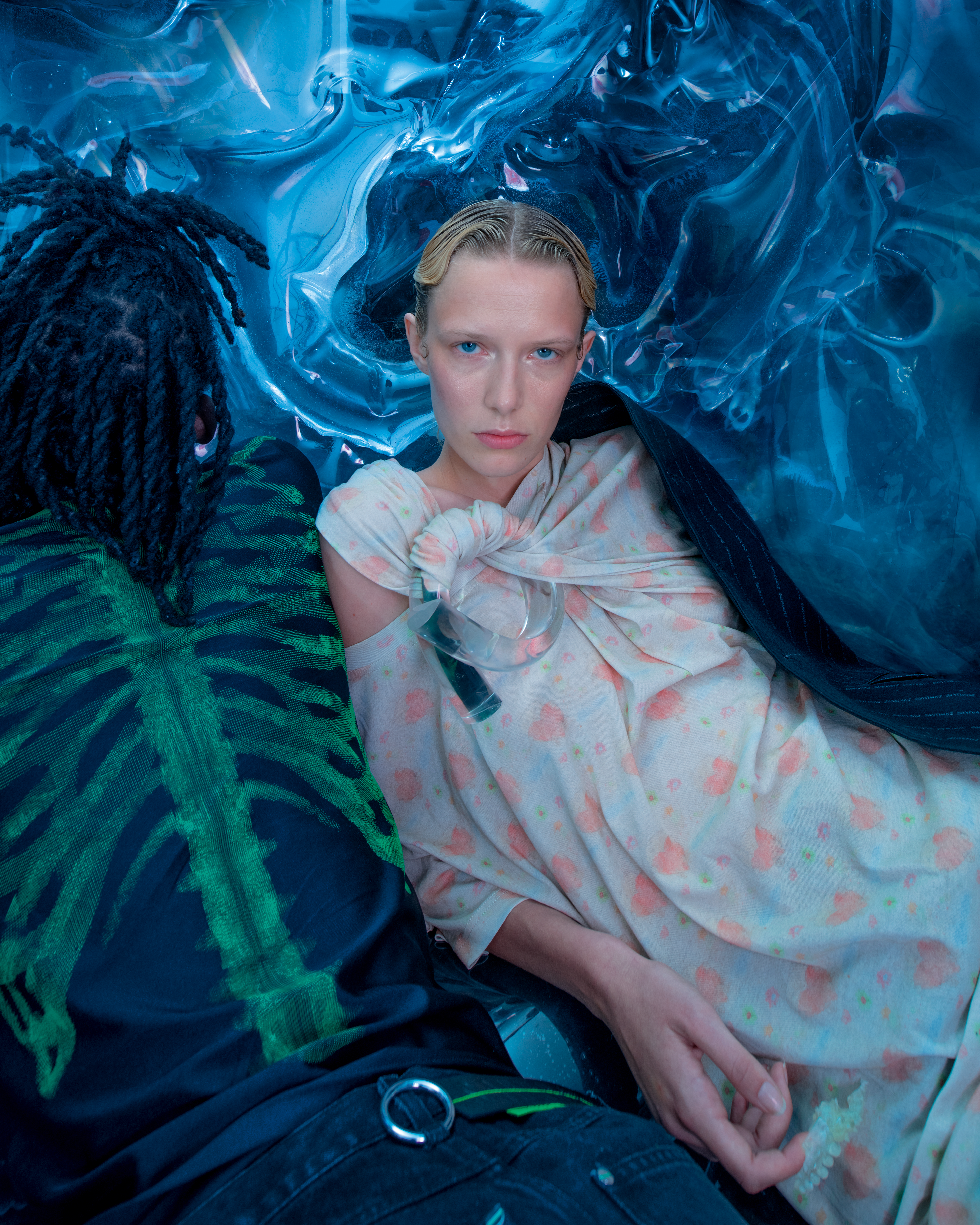