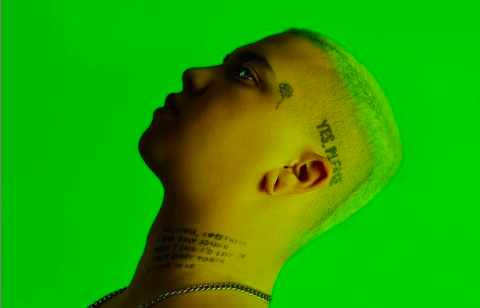 Oliver Hunter (aka. Scumboy) is a Jewish-trans artist and star of a spanking new documentary. The short film, which has already won awards from On Tap and IMDB, covers the quirky mind of the 3D-artist and graphic designer, as he navigates identity, gender transitioning and the mastering of creativity. A symbol of the (often confusing) hotpot of culture that makes up being Gen Z, this showcase of Scumboy’s works and interviews gives a sneaky peek into the young artist’s eccentric psyche.

The work is both curiously relatable and daringly unsettling. It touches on issues that are rarely discussed in the flesh, and combines them with imaginative titles that read like 21st-century confessional poetry (“I got fucked into a panic attack”/ “I’m on mdma for the first time and I’m thinking of you”). Such digital medium allows exposure of often vulgar, twisted versions of reality. Yet combined with SCUMBOY’s admiravle sense of self and level of confidence, the work is brilliantly daring and necessarily confronting.

Check out the film below.