Turning your intimate moments into art. 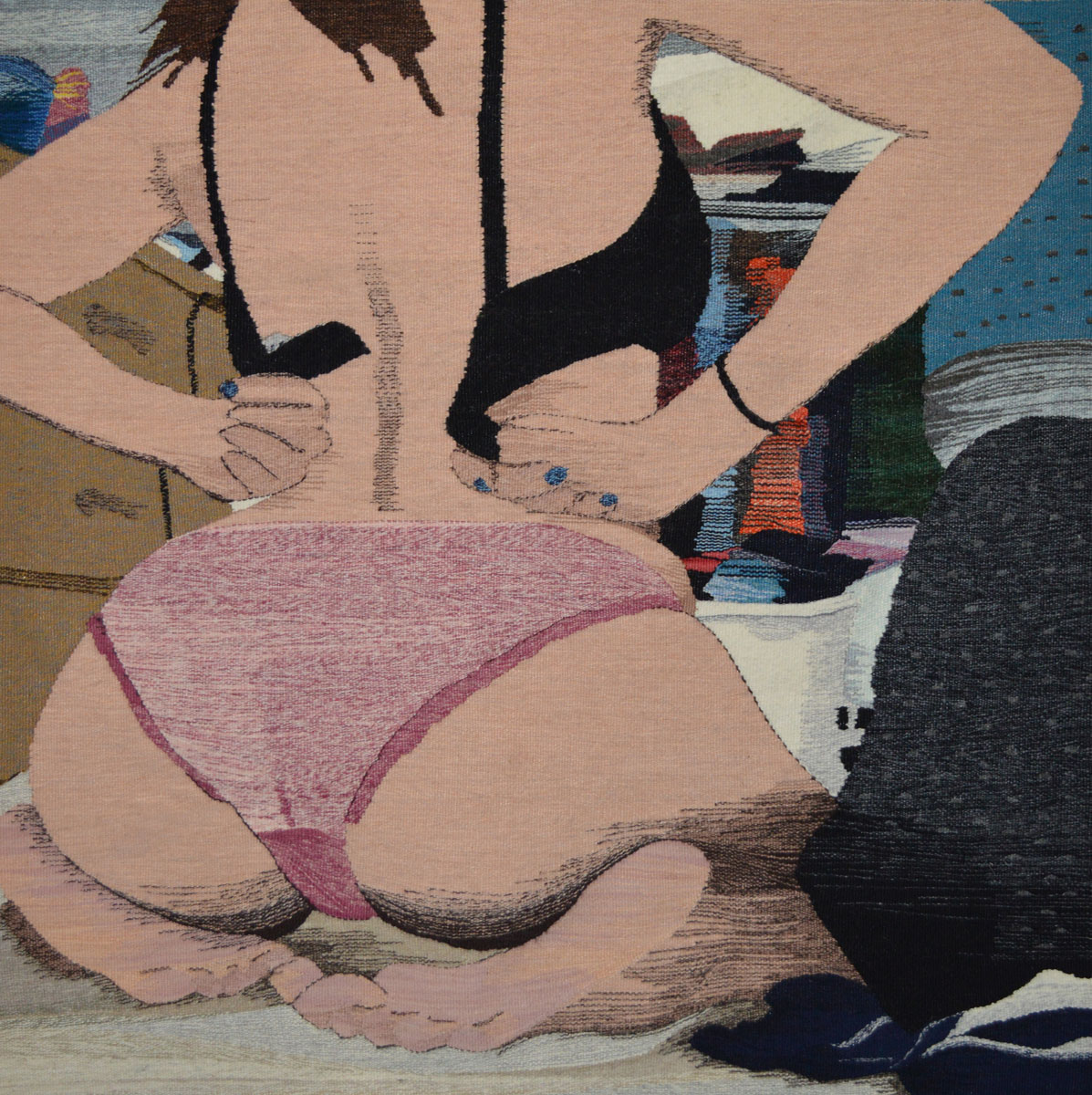 What seemingly surprises many people about your work is the combination of the medium and the message. Let’s start out with the medium: how did you get into working with textile and tapestry?

I was always interested in sewing, textiles—tactile, repetitive making processes. In college I came upon the fibres major, which was an umbrella that included many techniques, one of which was weaving. I latched on to weaving as an interesting new (to me) way of making marks and applying colour. Tapestry is a type of weaving which lends itself best to making images, in my opinion.

You’ve previously mentioned that weaving is traditionally seen as women’s work. From a feminist perspective one can wonder, Why did you embrace this practice rather than reject it?

Part of becoming a better feminist involves embracing the people who came before us, critically, and delving deeper into areas of interest typically held to a small population that might be subverted. We can either feel disgusted by a medium that held women “in their place” or we can take that medium and use it to our own advantage, cutting down barriers. Prejudices still arise when using a medium with such a reputation but over time, as we take it seriously, it will become as respected as other mediums that are supported because of their male history. 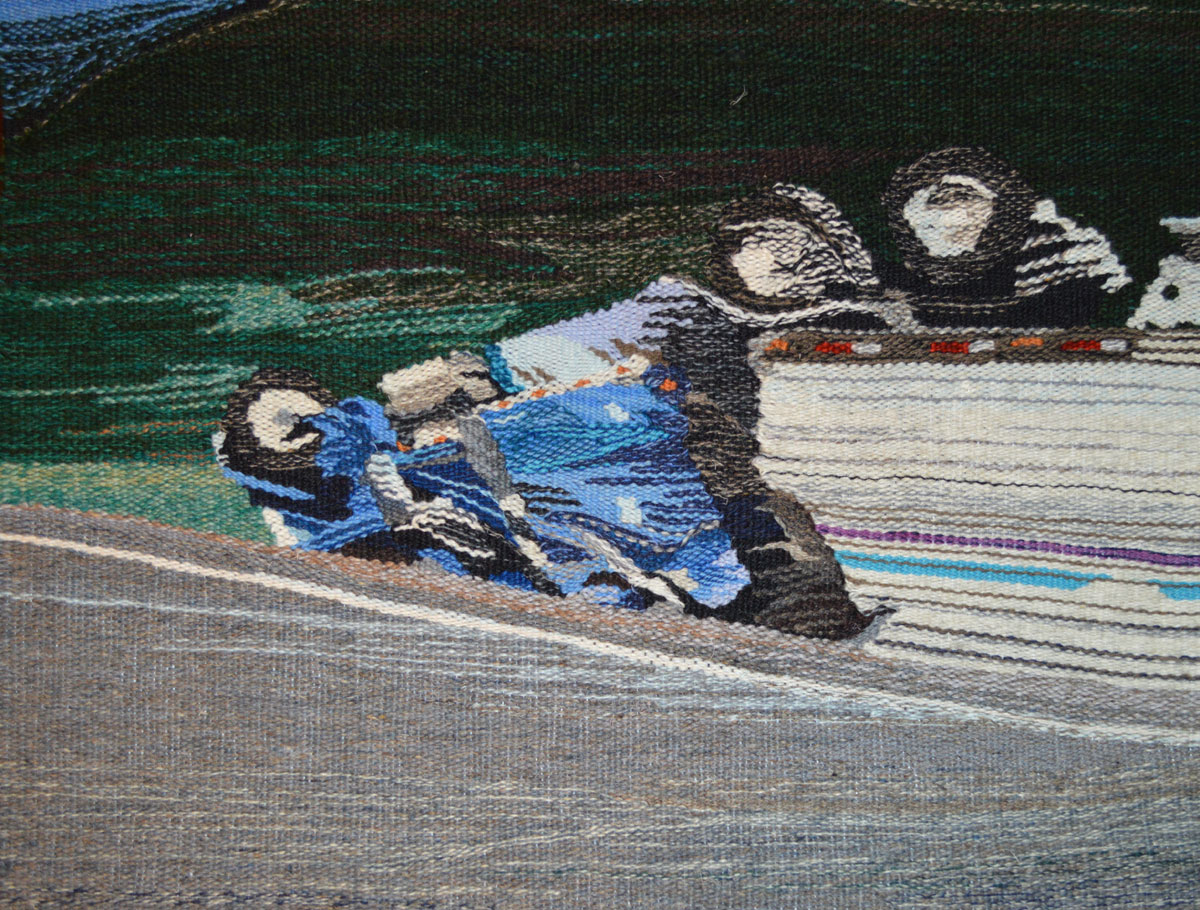 It’s actually becoming more and more rare to come across images that I connect with. People are revealing parts of themselves online but only their physical selves, they keep intimacy and emotional depth out of their pictures. What draws me to pictures is their energy, their vulnerability and brazenness in the face of judgement. I love when a picture is posted because the person just wants to without any thought of who will see it. Those are the most interesting to me.

You must spend a crazy amount of hours creating images of bodies, both solo and—sorry for the pun :)—interwoven in sexual activity. Has this changed your perception of bodies and sex?

Spending so much time looking at and interacting with nudity allows me to free myself from the fear and timidity that I normally exist in. When making this work it becomes like evidence and factual. It’s life, and thus comfortable. It’s arousing but freeing. 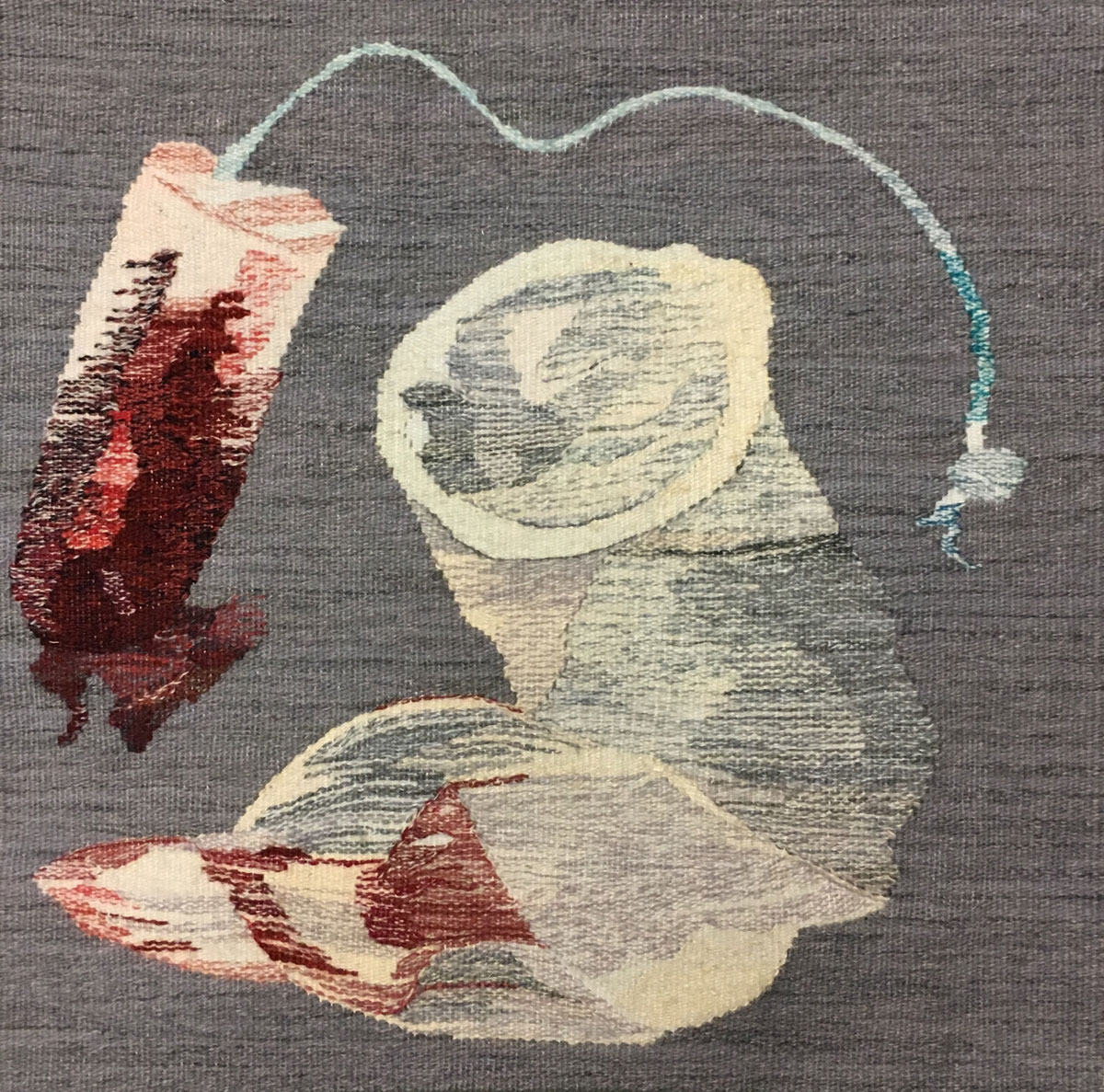 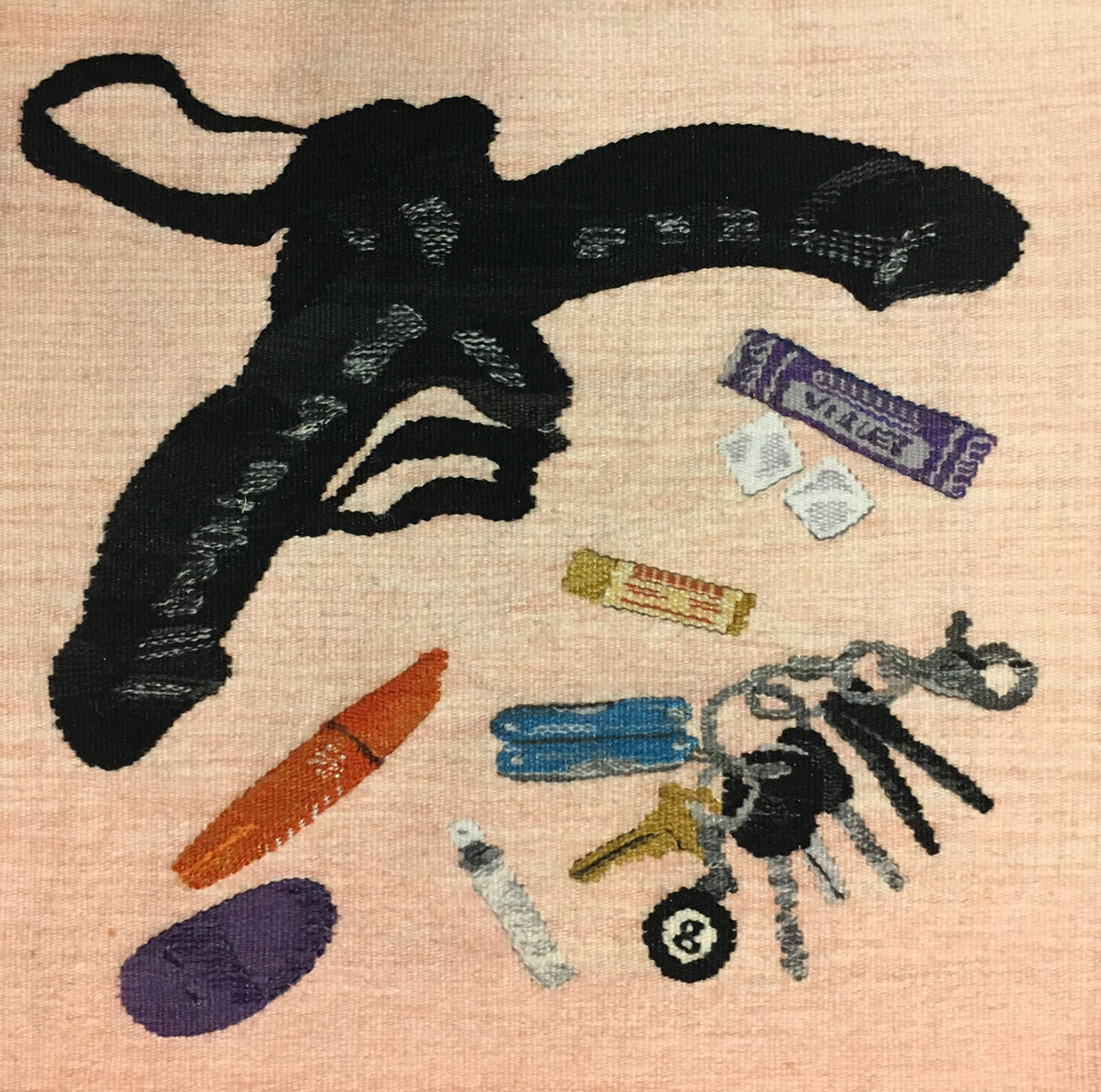 Weaving a sexual image seems to give it another dimension, almost as if you’re lifting the mundane to a new aesthetic level. Would you agree? Do you compare your finished work to its source of inspiration?

There isn’t a lot of comparison back and forth because it is an imperfect craft; I am transforming this online remnant into something completely different. Rather than replicate, I try to evoke overall feelings and moments. I normally don’t compare. When I am working from photographs I have one copy of the file, then I print it out or work from it on my computer and I crop it down as I progress. By the end of the piece I have a sliver left of the picture, and then it’s deleted. The tapestry fills the place of that image file—there is a new energy to it.

Would you describe your work as political?

My work involves showing the areas of femme existence that might be hidden, judged or taken from us. I would describe it as political. The day dudes stop trying to decide if I can have an abortion or access to pap smears and affordable birth control will be the day my work stops being political.

For many young people the scenes you portray (drugs, sex, bodies, doubts, insecurity, abuse, Sunday morning afterparty vibes) are very relatable. Do you ever speak to your fans or buyers? 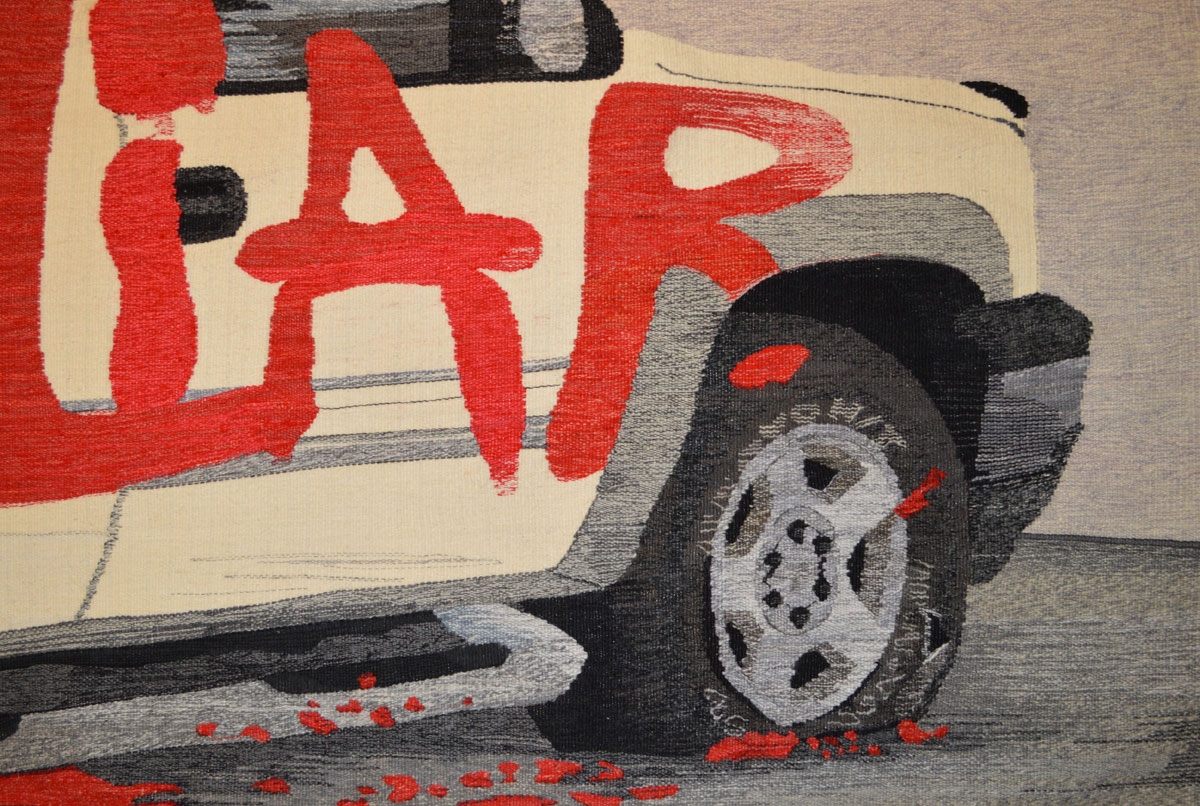 Are you ever afraid to share images of your own body through your artwork? How does this relate to sharing nudes online, as well as body confidence?

I am never afraid. Sharing artwork is definitely different than sharing images directly online, because there is a level of mediation through changing the image and presenting it totally how I want to. I am interested in pushing that lately, though, experimenting with sharing my actual body, trying to further understand the ways the internet trolls us and/or supports us. Sharing nudes with people directly fills all of the spaces that relationships should probably fill, my sexuality hovers between IRL and online interactions. Body confidence is always changing, life is complicated and how we feel in our bodies changes from comments, hormones or just what the world is giving us. The internet is a tool to receive feedback but its also a pretty violent place so we have to figure that stuff out for ourselves rather than relying on our “followers” to help us with that.

Does your work ever face criticism because of its explicit nature? How do you deal with that kind of response?

Yes, of course. People have a lot of opinions and FEAR around sex. I try my best to understand where the anger comes from and cut through the emotions to have a better conversation. I don’t want to simply ignore or deny people a response but it’s also hard to talk with people who are so aggressive and disinterested in change or understanding. It’s exhausting but it’s important to explain and reach across the divide.

A recurring theme in your work is that of crashed vehicles. Would you be able to elaborate on this?

I work with imagery that feels aggressive, sad and violent. I often want to use actual bodies but it’s quite hard emotionally to do so. So I tend to use crashed cars, trucks and skid marks on the highway—these all fill the place of bodies, they are thought of as cause and effect or evidence of violence. 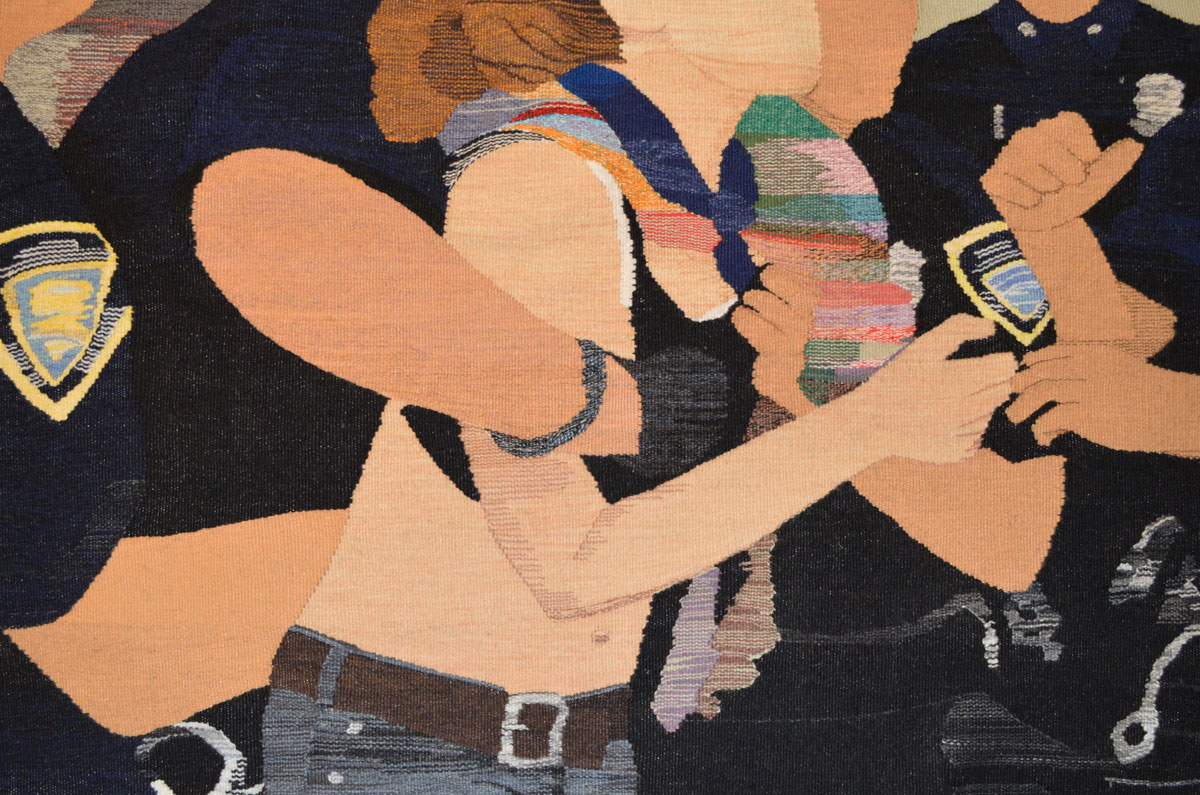 You’ve been featured in a lot of exhibitions over the past few years. How do you see your future and the development of your work?

As a female artist dealing with contemporary issues and taboos, do you ever feel exhausted? How do you stay positive?

Yes, I do! I think it’s less about staying positive and more just keeping the pace. I have a lot of commitments, upcoming exhibitions and artist’s talks that force me to keep making the work and thinking critically.

From Sassy Swirl to Dick Pic and 4am Hookup Prep, we really enjoy the straightforward titles of your works. What name would you give to the entire Erin M Riley oeuvre so far? 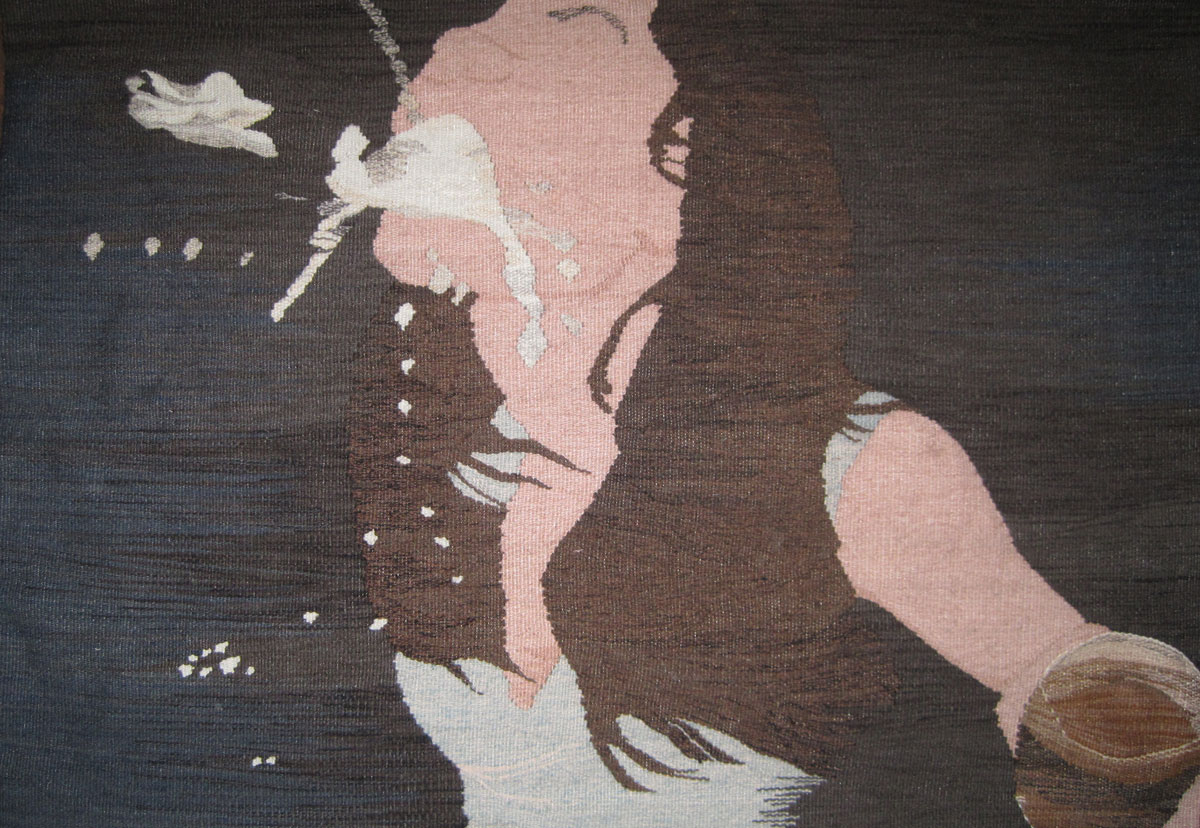