The most political item in your closet. The Hoodie. 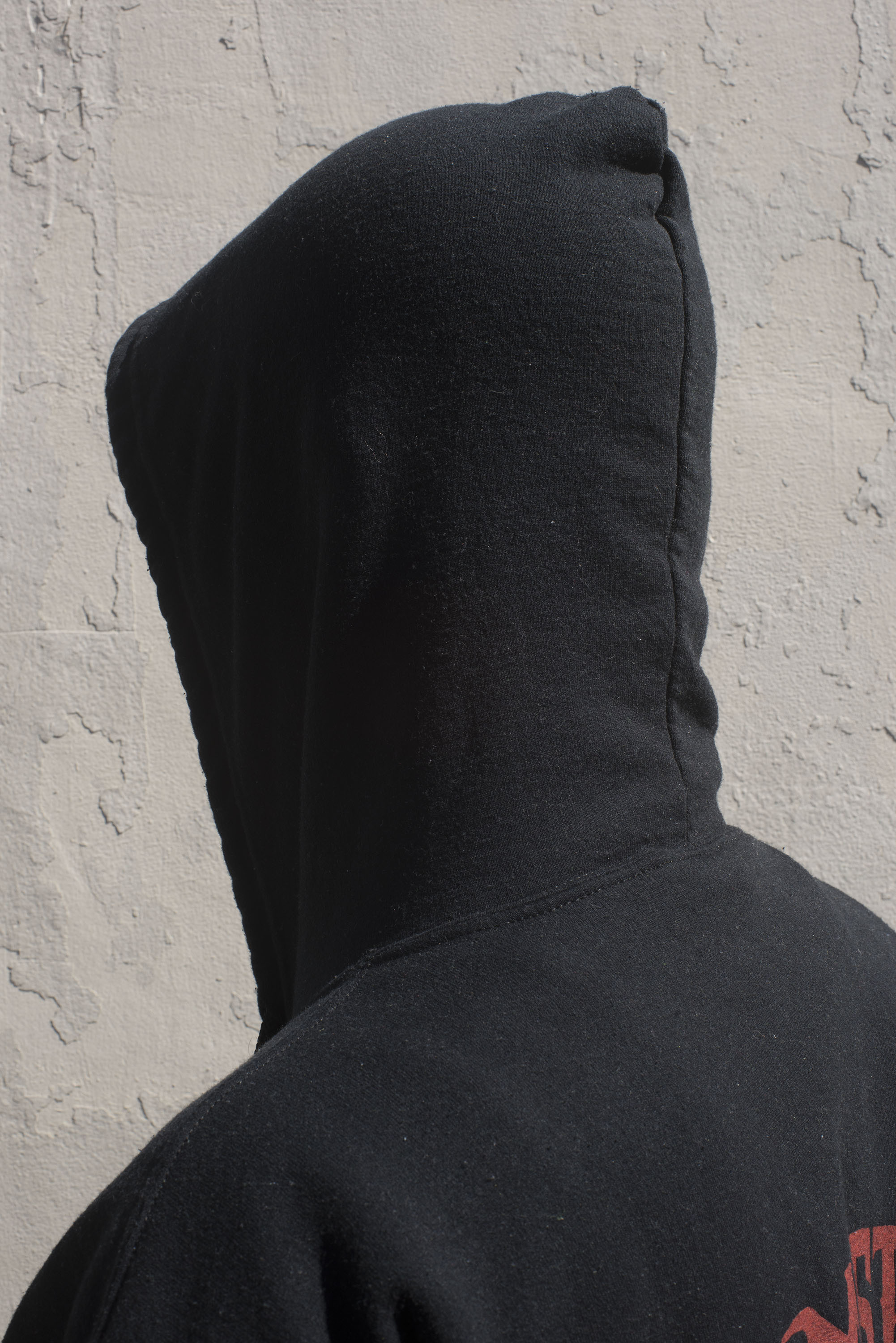 What comes to mind when we say “fashion exhibition”? Big silhouettes on myriad mannequins? Spectacular displays showcasing the work of superstar designers? An overwhelming sense of grandeur, and a dreamy distraction from the everyday? As gorgeous as that all may be, and as welcome an escape as fashion can potentially offer, it’s high time to rethink those set expectations and write your own fashion definitions—and Het Nieuwe Instituut is here to help you do it.

Teaming up with curator, writer and moderator Lou Stoppard, whose fresh and thorough visions on fashion and style you’re likely familiar with thanks to her past position at SHOWstudio and current contributions to Vogue Paris, among others, Rotterdam’s most radical cultural institute is currently gearing up for The Hoodie. Excited about its opening this Saturday, 1 December, and excited to find out more about this “fashion exhibition that’s kind of not a fashion exhibition”, Glamcult met Stoppard in Rotterdam for a first insight into the large-scale show around your most comfy—and quite possibly, your most political—piece of clothing. Well, insight we gained, and it was surprisingly challenging to stop talking about the constantly shifting evolution, connotations and interpretations of the “hooded sweatshirt”. Yet we left Rotterdam’s imposing Museumpark with more questions than answers, and those questions then only spiralled into more and more and more questions. Well, truth is, that’s exactly the point. 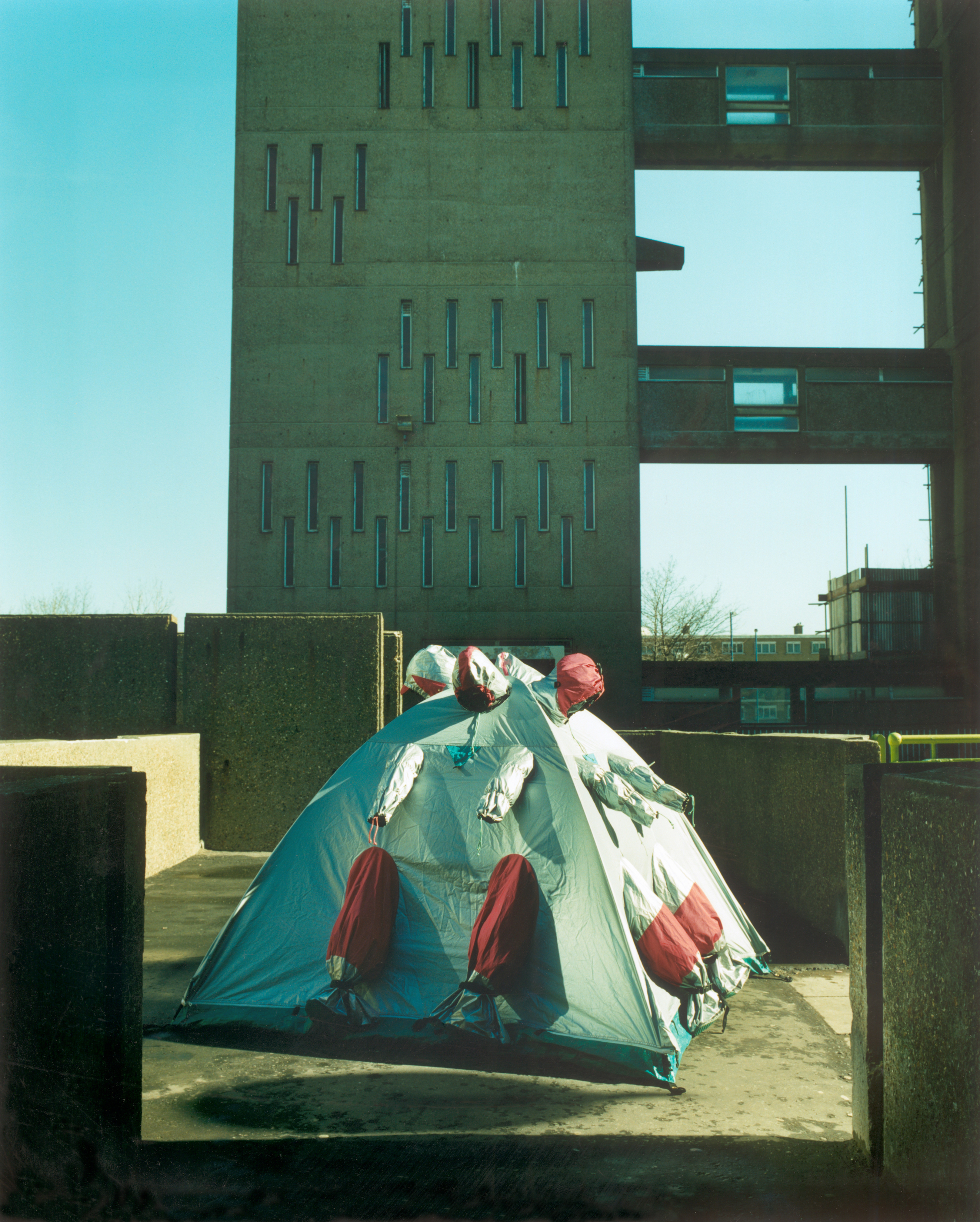 Where hoodie history begins is not clear-cut. Hoods and head coverings have existed throughout the development of (Western) fashion as an integral part of historical costume and, especially, religious dress. In the past century, it’s the 1960s that see the hoodie pop up as a popular sportswear essential, and the 1980s that push its popularity over the edge. A key catalyst in this explosion is Champion, which brings to market the “Champion blank”: a plain grey hooded sweatshirt with a small, characteristic “c” on the sleeve. “The issue of who owns the hoodie is fertile ground for discussion and that’s exactly what makes this show so interesting,” Stoppard explains. “From being marketed and sold by Champion, hip-hop stars first adopt it as part of their uniform—and that’s not encouraged by Champion! They don’t even really acknowledge that hip-hop stars embrace the brand until later, when it becomes cool and everyone wants to copy or celebrate hip-hop style. From hip-hop it becomes a part of streetwear and you see it pop up in other subcultures such as skate and certain music cultures. And then from there, it’s taken from the street and appropriated into high fashion. There are so many ways to look at the story of the hoodie. What is the hoodie? When does it begin? Does it start with that Champion sweatshirt or does it go way back…” 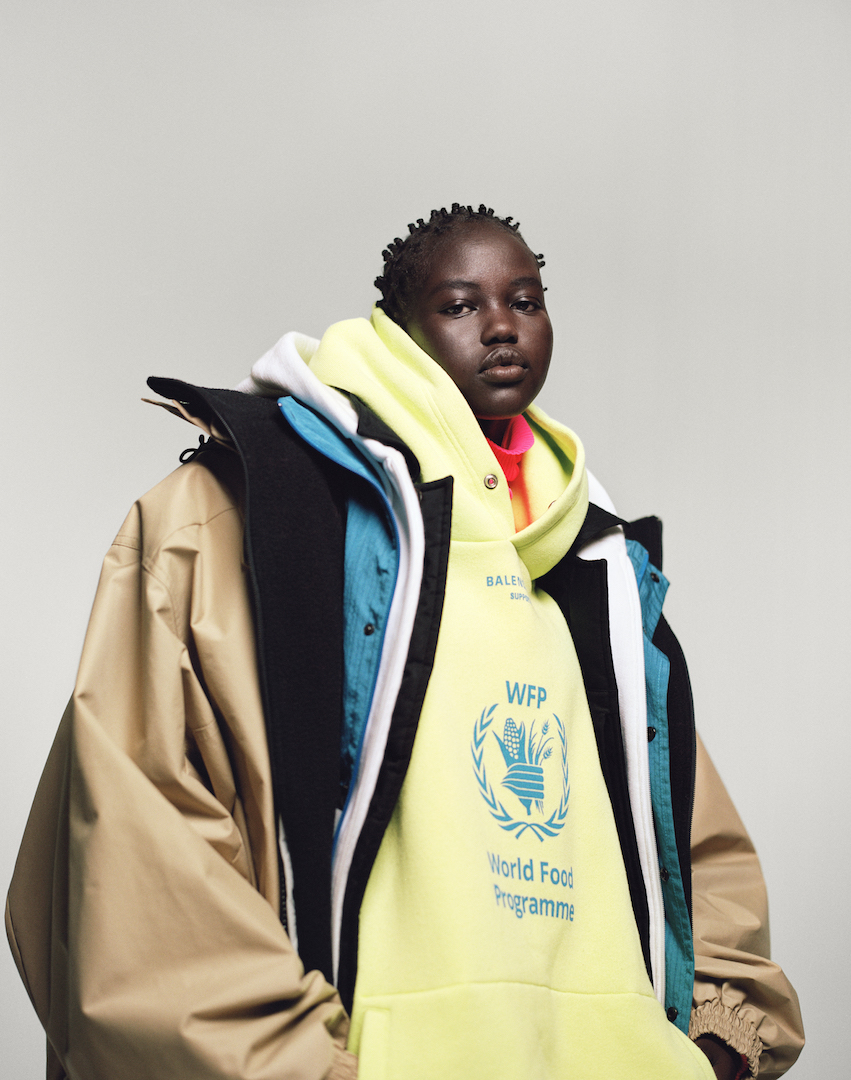 Why does one wear a hoodie? Looking at its history, themes of modesty, secrecy and privacy are fundamental. And though those associations still ring true today—what do you wear on a hungover Sunday?—how does this relate to statement pieces in merch, protest, sports or college culture, or the more recent runway hoodies from the high-end ateliers of Rick Owens, Chanel and Vetements? If anything, Stoppard stresses that the hoodie is all about odd dualities. “Often now, when you’re doing anything with a slogan, you choose a hoodie. It’s a canvas, and I wonder if it’s gotten to a point where the hoodie has eclipsed the T-shirt.” Yet the way the hoodie still provides shelter or anonymity is what sets it apart, and brings into question another duality. “How it’s talked about in the press or how it’s often seen, is that it is an aggressive garment that people wear to be intimidating, to look strong, or to show they’re part of a group. But actually, if you speak to people about wearing a hoodie they either like to wear it because it’s comfortable or practical, or they just like it because it looks great. They want to sleep on the train and want to have their headphones in. It is seen as aggressive but you can wear it because you want to disappear.” 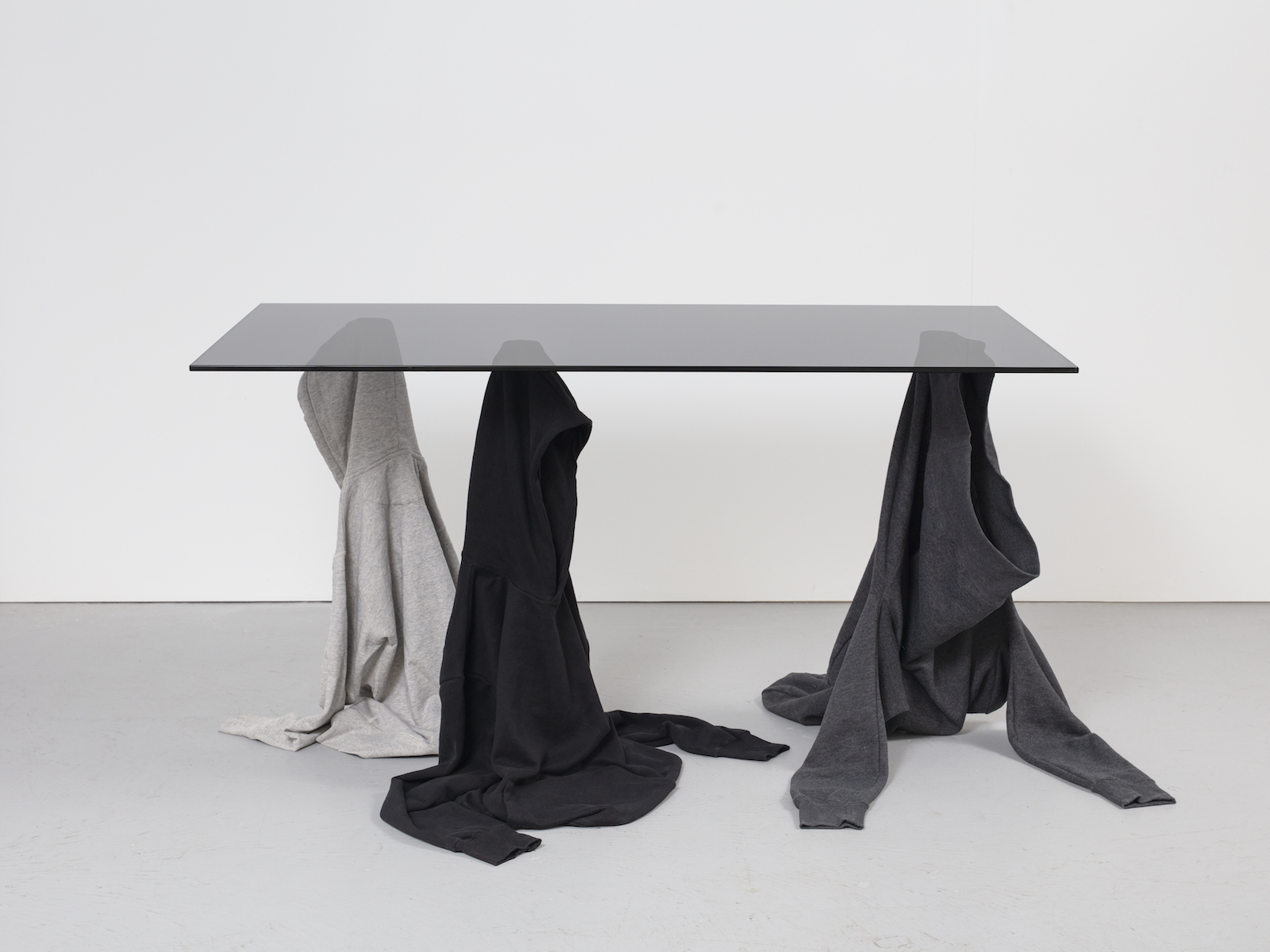 When Stoppard talks about the multifaceted subject of her show, she fondly speaks of “hoodie moments”. Beyond the iconic red hoodie from Steven Spielberg’s E.T. and the way the garment is portrayed in the acclaimed portraiture of Dana Lixenberg, there is one defining moment that took place in the UK in 2007, which got the curator thinking. “There’s an image of David Cameron, our then prime minister,” she recalls, “and he was walking through a social housing estate. This young lad wearing a track suit with the hood up saw Cameron and, behind him, he made a gun sign with his hand. The photo was on the cover of so many papers, and people were like: ‘Do you still want to hug a hoodie now, David?’ Just as an image it’s quite incredible. I remember watching an interview with the kid at the time—I can’t find it anywhere now, so I hope I haven’t made this up—and he said: ‘I didn’t even know it was the prime minister. I just saw a man in a suit.’ I thought that was really interesting, and that was the moment I started to think about the politics of the hoodie, the tracksuit and even the politics of the suit. For the UK, at least, that was a moment where the hoodie became a symbol or topic of moral panic.” 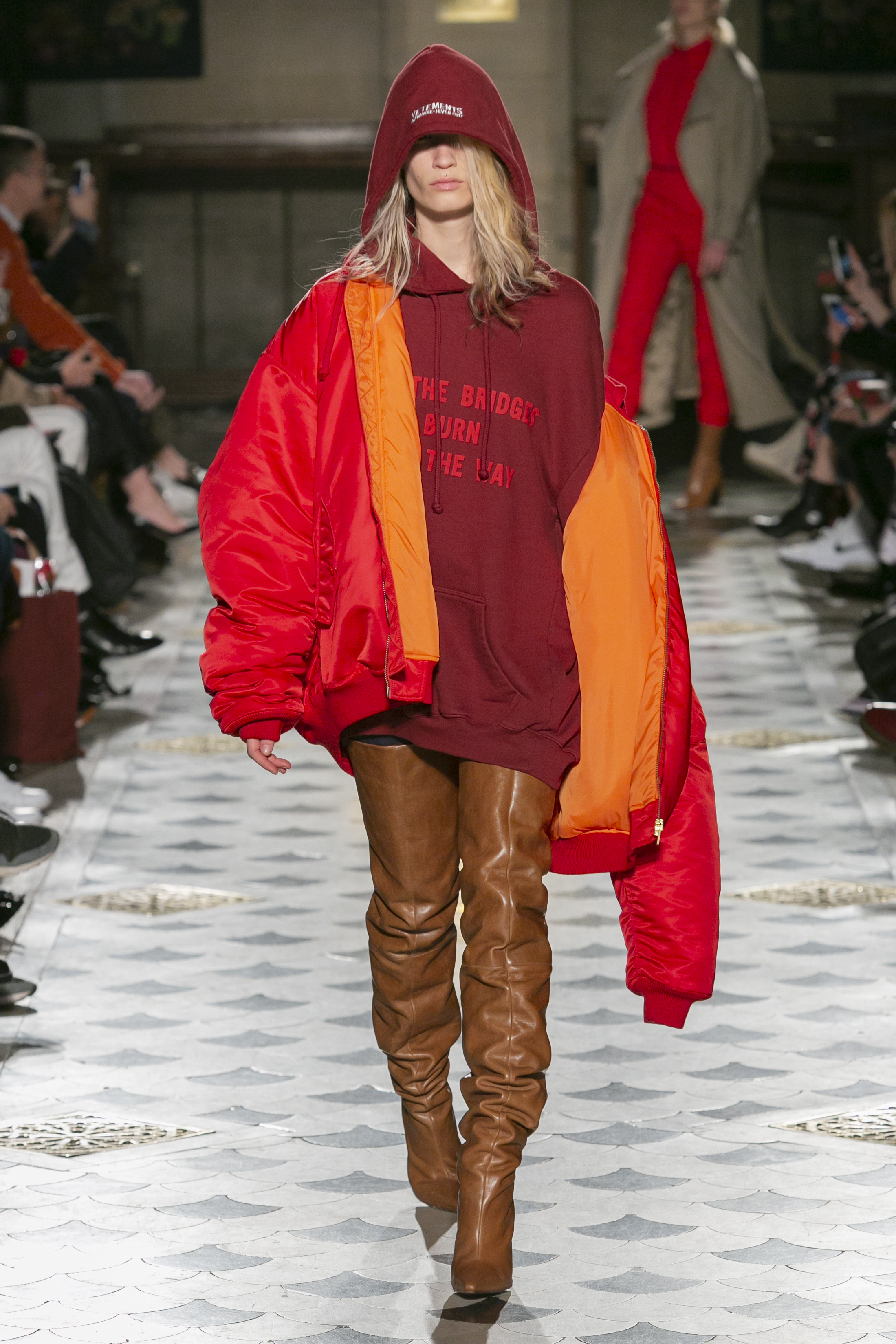 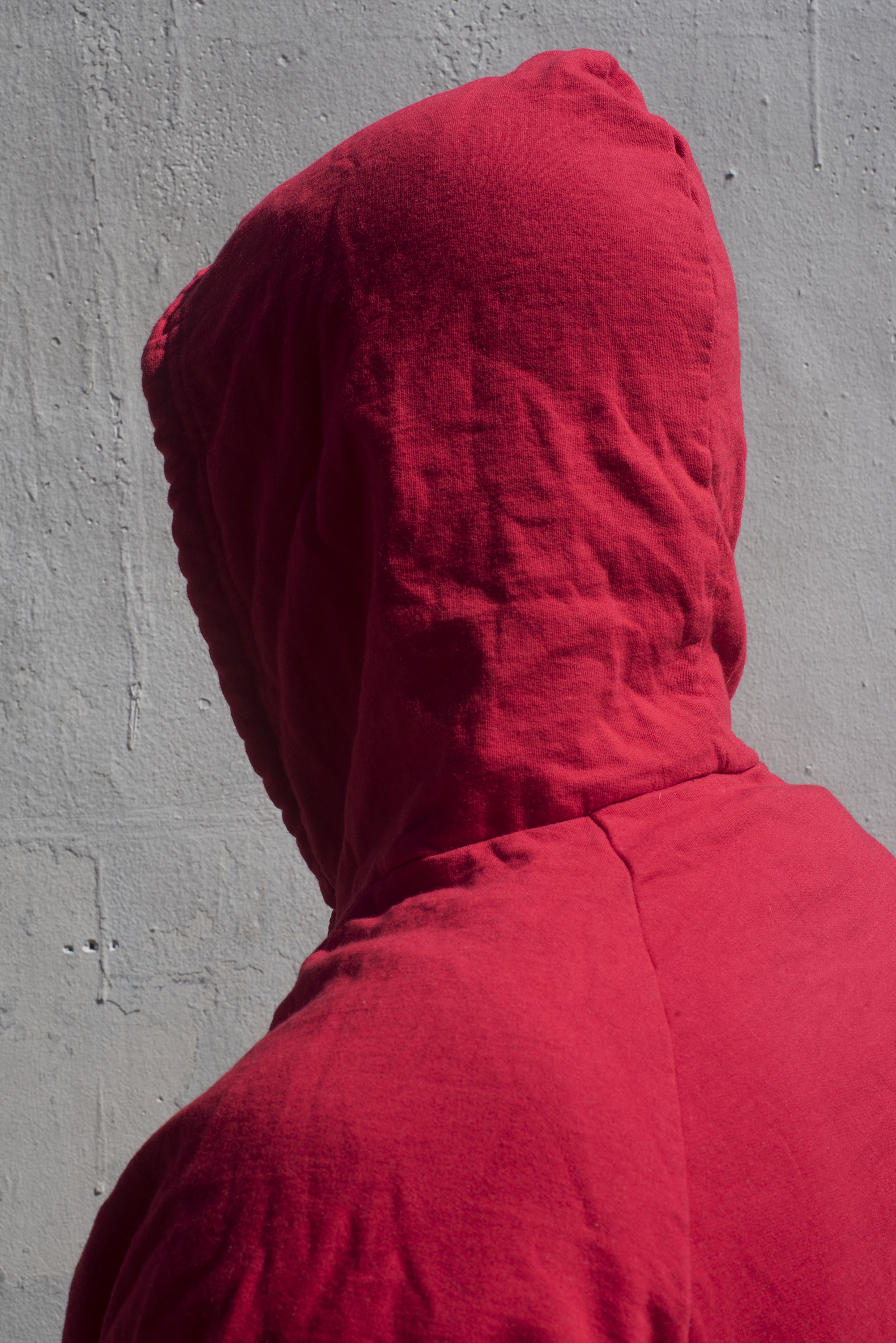 Similar, yet even more tragic, is the role of the hoodie in the racial profiling and murder of Trayvon Martin by George Zimmermannin 2012. Following this heart-breaking injustice, Martin’s supporters came together in Union Square, Manhattan, during the “Million Hoodie March”. And so, a symbol of discrimination was (once more) reappropriated as a garment of protest and solidarity. It is, again, this duality, which makes Stoppard characterize the hoodie as “possibly the last political garment [in Western fashion]”. When asked to elaborate on this description, she clearly answers: “You can lose your life for wearing it! If you think of the black leather jacket, for example, which was once seen as this rebellious outsider garment—they now sell it in Topshop and it’s all over H&M. Every girl you see wandering around is wearing one. The hoodie is as ubiquitous and easy to get, yet still people are profiled for wearing it. It’s to the point where in certain media you see ‘hoodie’ used as a code for a certain group of people or a certain type of person. There was even a ‘hug a hoodie’ campaign. It’s really seen as a uniform, for some, of deviance or criminality; for others, a reclaimed protest garment to take issue with that. In fact, there’s quite a few institutions around the world, like shopping centres and schools, where you can’t wear it. It’s this item that can truly incite emotions such as fear or rage, often really misplaced emotions, in people.

Whether it concerns Vetements collaborating with Champion, the hoodie emerging as a subcultural staple again and again—did we mention Silicon Valley yet?—or issues of profiling, privacy, production and protest, the underlying theme of The Hoodie is representation, ownership and the age-old question: What do my clothes even mean?“It’s nice to do an exhibition that hopefully a lot of people feel is relevant to how they get dressed and how they feel,” Stoppard concludes, “and it’s really about all the nuances and layers of that.” With over 100 hoodies in her upcoming show, more than 50 contributing artists from all possible disciplines and walks of life, and an extensive citywide programme of lectures and events, a seemingly universal and yet very contentious garment finally gets its first international public probe. But make no mistake: “A lot of putting the show together is thinking about the process of institutionalizing a topic like this. Is that even possible? And how do you acknowledge you’re doing this? The hoodie is about the city, the streets, real people. These stories can’t be owned by an institution and can’t be given any weight by putting them in an institution.” Prepare to get personal.