The Platform: Tournament of the Unknown

Sport, art and music come together at W139 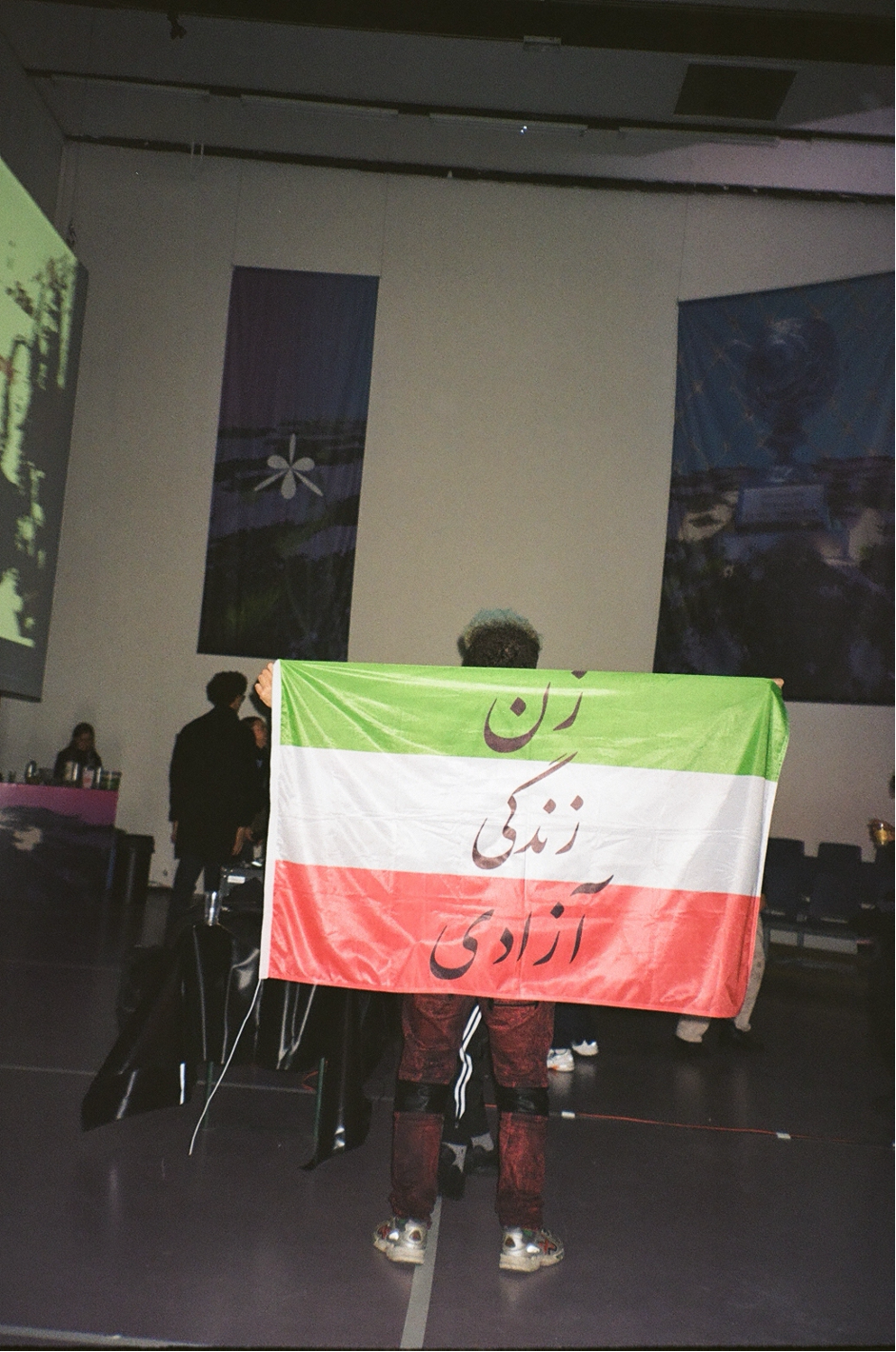 Striving “to be the force of change for creative communities”, The Platform are always up to something. The Amsterdam-based collective operates at the roots of the city’s underground, bringing the most progressive creatives from across the board to celebrate their talent — with a 12-hour long rave usually being the setting. Whether a series of art exhibitions, panel talks, performances or skate competitions, the goal is always to amplify the voices around them. For their most recent venture, however, The Platform brings on their eclectic vision to a world not traditionally associated with creative outlets — sports. In light of the World Cup, the collective teamed up with W139 and their ongoing initiative Turning Towards Fluidity, a project reframing binary thinking and rigid approaches within sports. “We wanted to divert attention away from the sport happening at the World Cup, to the socio-political sphere in which it exists in, using artistic means” explain the founders. 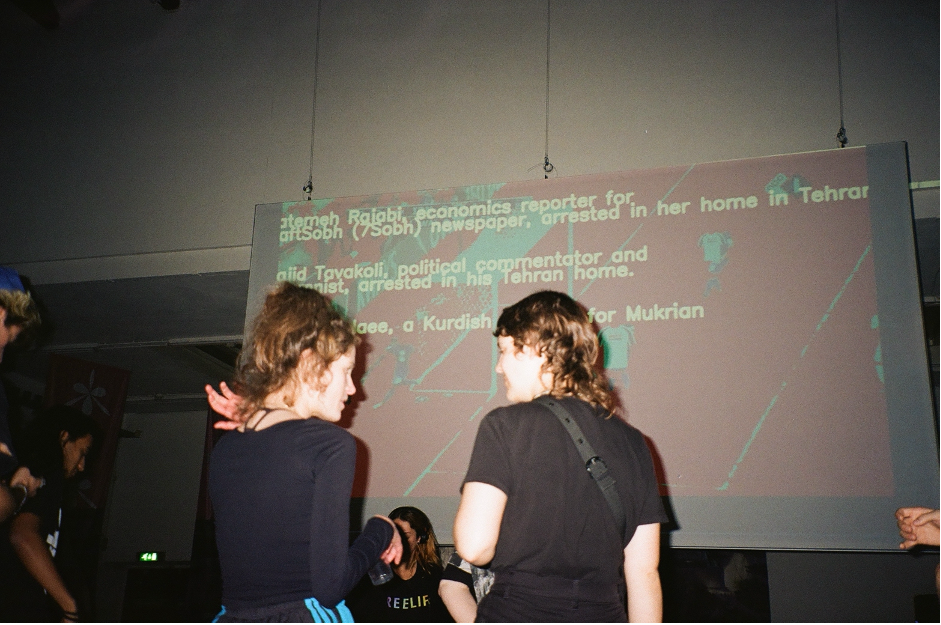 “This is no longer a protest, it’s a revolution” slogan – along with a manifesto directed at the atrocities of the Islamic regime and the human cost of the World Cup – reeled over a massive monitor broadcasting the Iran vs USA match, as The Platform disrupted the screening with overlayed visuals and a symbolic DJ competition. To communicate the message, augmented reality software was used to detect the players’ jerseys and replace them with reimagined ones. One jersey was designed with elements representing different aspects of the Iranian Women’s Rights Movement, from broken chains to scissors; the other – with Mahsa Amini writing on the back, reminiscing of the jersey confiscated from a fan in the previous World Cup. The football field itself was also obscured by blocks of colour – “red, symbolising the pool of bloodshed the footballers are playing in, and green, representing a peaceful future.” In addition to the visual experience, the live software also replaced the match commentary with a modified B2B, as Moody Mehran (from Iran) and Claire Clover (from the USA) joined their sonic forces to “play two hours of music communicating sounds of pain, unity, and hope.” 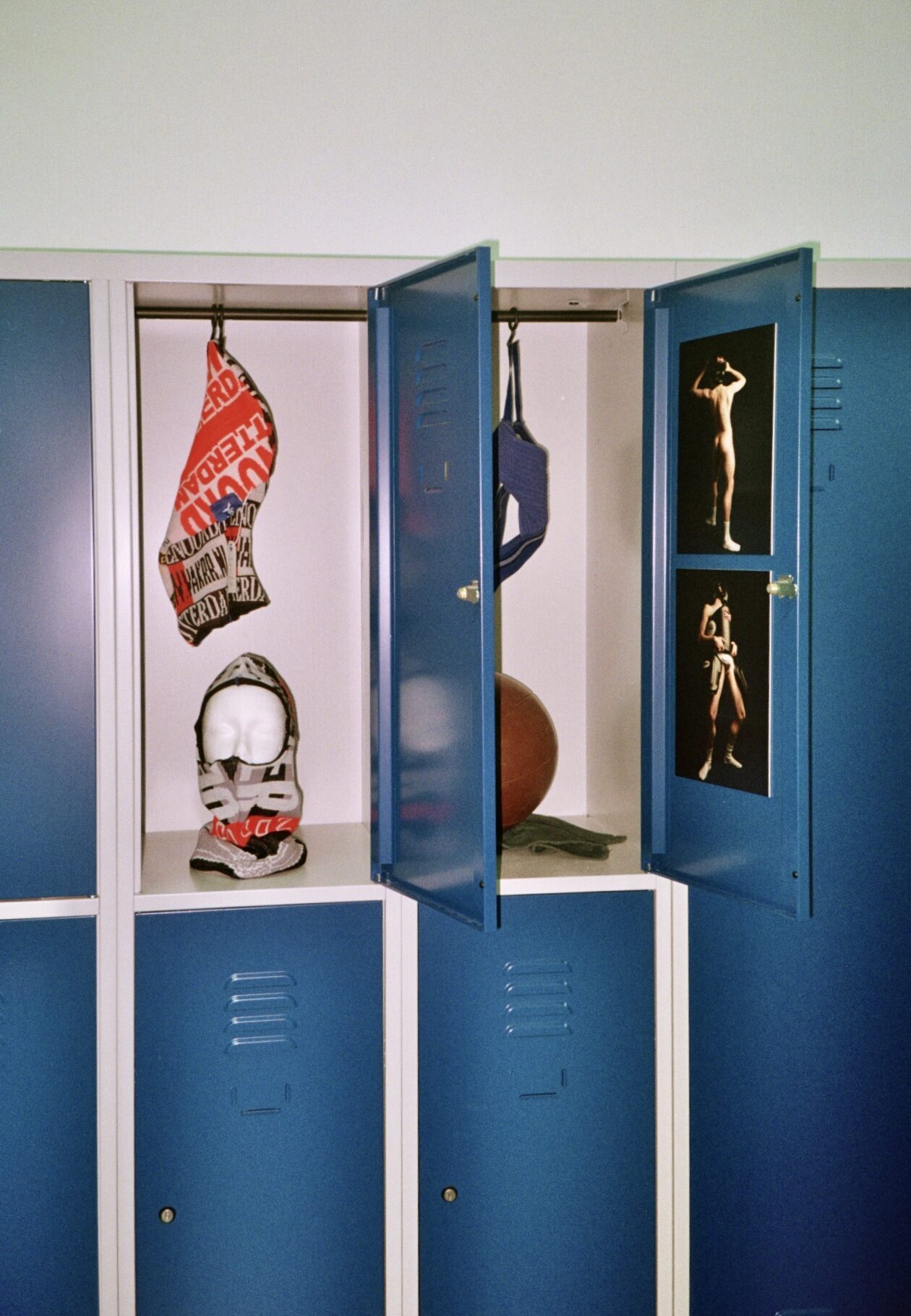 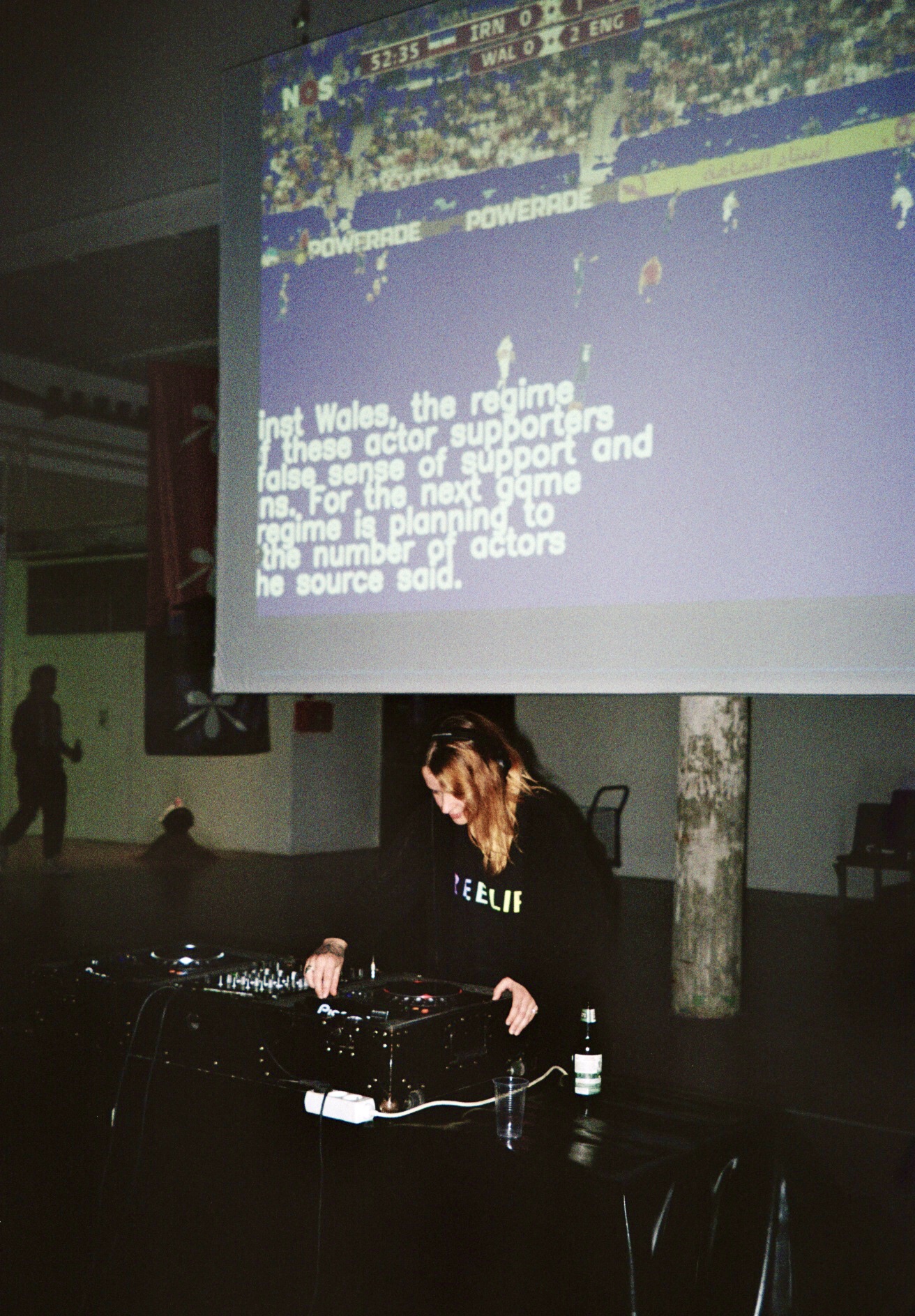 “There was this initial tension at the start of the match, with everyone seated and Moody Mehran playing dark, gloomy soundscapes. It was very moving to see this energy shape into the feeling of hope and unity, with the crowd slowly getting up and dancing to the bouncy rhythms of Claire Clover” reflect The Platform. Alongside the experience, there was an array of artworks, from installations to clothing from independent designers, walking the line between fashion and sports. “The worst atrocities happen in the face of silence” is the belief The Platform stand by, as they provide new creative approaches to ignite conversations around what matters. The goal was to also help monetarily, and half of the ticket profits went to Jina Collective — a Netherlands-based feminist group that emerged during the current Iranian Revolution. Bringing together the political power of art and fashion, alongside nightlife’s spirit of togetherness, The Platform is a space to watch.