The Power of Nimmo 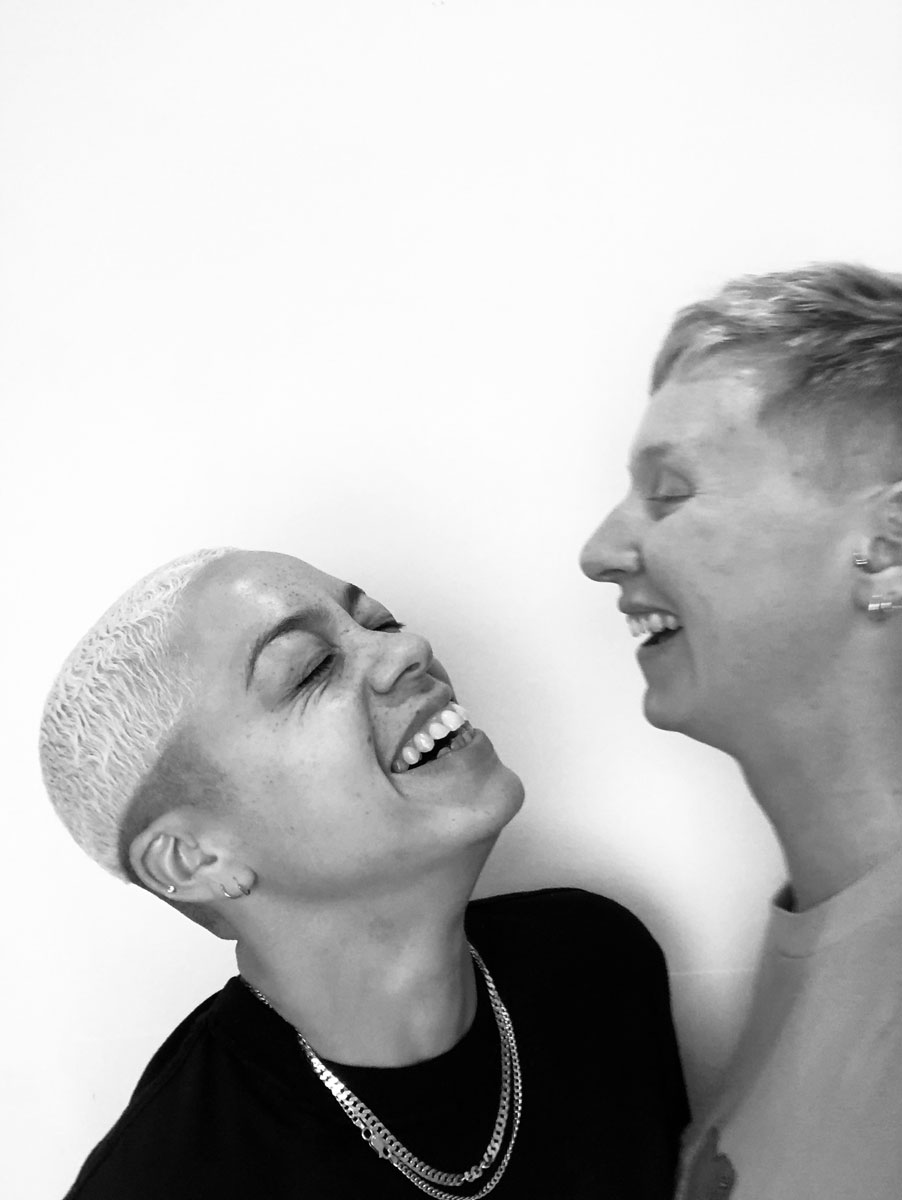 “One’s not half of two; two are halves of one,” said E.E. Cummings. They’re words of wisdom lived by Nimmo , a London-based electronic pop act comprising childhood friends Reva Gauntlett and Sarah Nimmo. “We both get involved in all elements,” they say—all elements of producing and composing luscious and spellbinding music, that is. After leaving Sony Music last year for independence and having released a few EPs, Nimmo have finally unveiled their debut album, The Power, this summer, a self-described “multi-faceted” record with influences ranging from “the UK club scene to Carol King to Cocteau Twins and Frank Ocean.”

Rather than conforming to the standard system of touring to promote the album, they’ll continue to host “NIMMO Curates”, inviting all-women line-ups of performing artists for shows in Brighton, London and Manchester. From dancers to DJs, the aim is “to spotlight and celebrate the works of female artists, but promote diversity and inclusion in the space” with dancers such as Holly Blakey and Hannah Perry, and musicians like Girli, IDER and Kelly Lee Owens. Gal power is sounding good.

You’ve been friends for a very long time. What do you admire most about each other?

Sarah: Definitely Reva’s eye for detail and perseverance—you can’t be soft in this industry.

How did you come up with Nimmo, the name?

Sarah: It’s actually my surname, but it evolved from our school band name when we were just writing songs on the guitar.

What’s your process for creating/producing a track? What are your distinct roles in the band?

We both manage the project and write the songs. We sort of do everything for the project, as it feels more inherent and is just the way we live, rather than it being a job or role specifically. We both get involved in all elements.

In your music (to date), which lyric are you most proud of writing? Why?

Sarah: Hmmmm, that’s a hard one! There are lots that are really special to us but don’t know if they count as ”great lyrics”, more just important to us… I think we both found a lot of truth in the lyric “I am victim to this freedom, i will surrender to feeling. I am free of my body, I am no longer impeded—I am yours” which is from our recent single Everything I Wanted.

Reva: For me, probably some of Sarah’s lyrics in the lead title track of the album The Power. “I’m forever charming, forever ill” is a little tagline I carry very close to me. 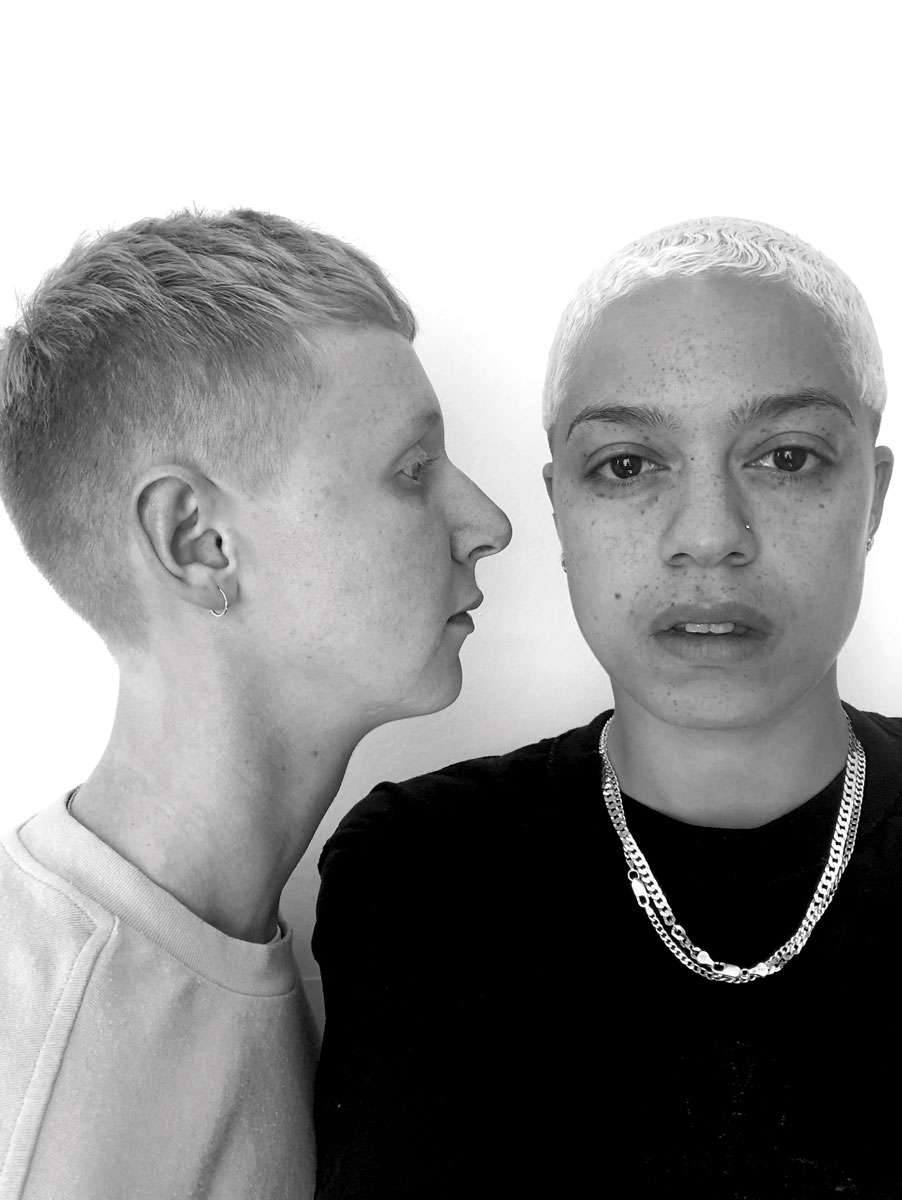 Which artists have shaped Nimmo’s sound? And are there any artists you’d love to collaborate and compose music with?

I think it’s clear from our recent releases how many different influences we have. I’d like to say our sound is multi faceted in that we have been influenced by sound from UK club scene to Carol King to Coctaeu Twins and Frank Ocean. Everybody knows as you grow up there’s always something soundtracking those experiences, and that soundtrack for us went in so many different directions. We have been friends the entire time so we always shared the music in our lives. In terms of collaboration, it’s a big part of what we see for Nimmo, and so we have quite an extensive list!  We’re super excited to get our album out there and see what comes from that in terms of further collaboration opportunities.

I’ve seen you sport designers like Martine Rose, Gosha Rubchinsky and Raf Simons in your music videos. How would you describe your style and who are your style icons?

I guess we are still influenced by the sports wear we grew up with, but we also found a love for great tailoring. Often I think we combine these two passions. Martine Rose and Gosha excite us so much because they seem to involve our history in the clothes. We relate to the social context of the clothing so much, but felt inspired by the forwardness of the design also.

Can you tell us about the live event series that you curated?

Yes! When it came to looking at our tour plans for the summer we had to change the way we were used to thinking. When we were with a major label we had tour support and agents who gave us traditional templates for UK touring, which were exciting at the time, but hugely expensive and not always that rewarding. We decided to do less shows and instead do something that’s meaningful and genuinely exciting for the fans and for ourselves. Being independent means even if you’re offered the chance to do amazing support tours or festival slots financially it’s still not often possible. Our curated night focuses on a female line-up to spotlight and celebrate the work of female artists, but  also promotes diversity and inclusion in the space.

We bring in different mediums such as dance, music and film—Holly Blakey, Hannah Perry, Roxy Lee, and also bands and DJs such as Girli, IDER, Kelly Lee Owens, Coco Cole are some artists we’ve worked with so far. We will be touring our ‘NIMMO Curates’ event regionally in Brighton, London and Manchester this summer.
What was it like working at The Glory in Haggerston? Any impactful anecdotes you can share?

Working at The Glory was one of the most hilarious, WILD, insightful and life changing things I’ve ever done. My eyes opened to a community of people like us, and we were welcomed with open arms (and tequila)…. Good anecdote?  I remember a St.Paddy’s Day event being one of the maddest shifts. I remember John Sizzle— one the owners— in drag, crowd surfing across the pub towards me with everyone screaming to Zombie by The Cranberries. His wig had been pulled off but hair net was still on— and he piled towards me with an empty pint glass reaching to the tap—we managed to nail the timing of pouring his pint, so John managed to land his arse on the bar and raise a toast to the whole pub. Quite good!

In your opinion, is there such a thing as bad music or bad taste in music?

Yeah I want to say there is. But, if I’ve heard it, it means it’s been platformed somewhere, meaning someone must have liked it so… there’s probably isn’t such a thing, is there?
Which summer drink(s) best describe(s) Nimmo? And each of you individually?
Reva is a whiskey soda kinda gal. I’m definitely a rose/beer summer drinker!