The SANCTUM Issue with EASTER 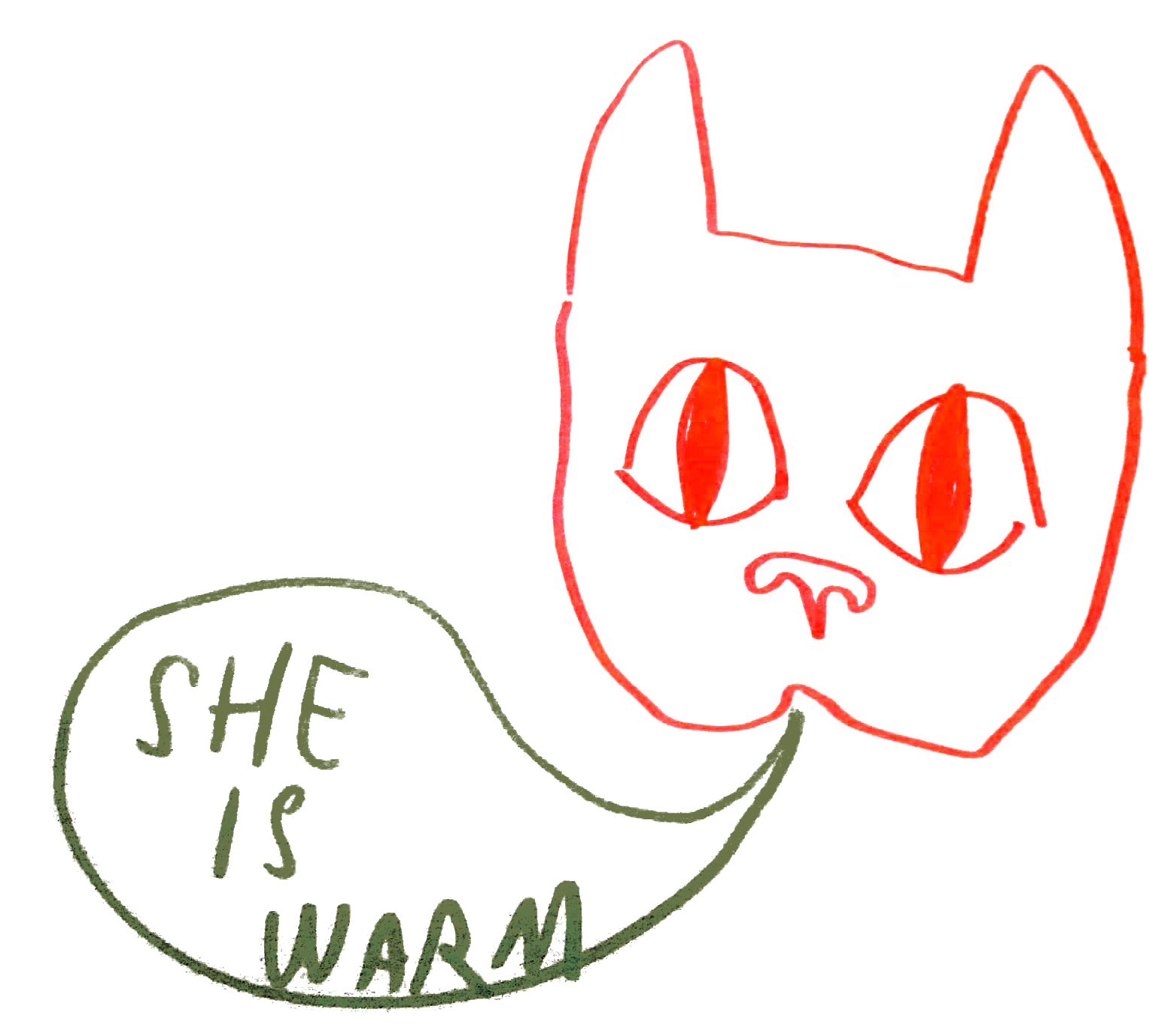 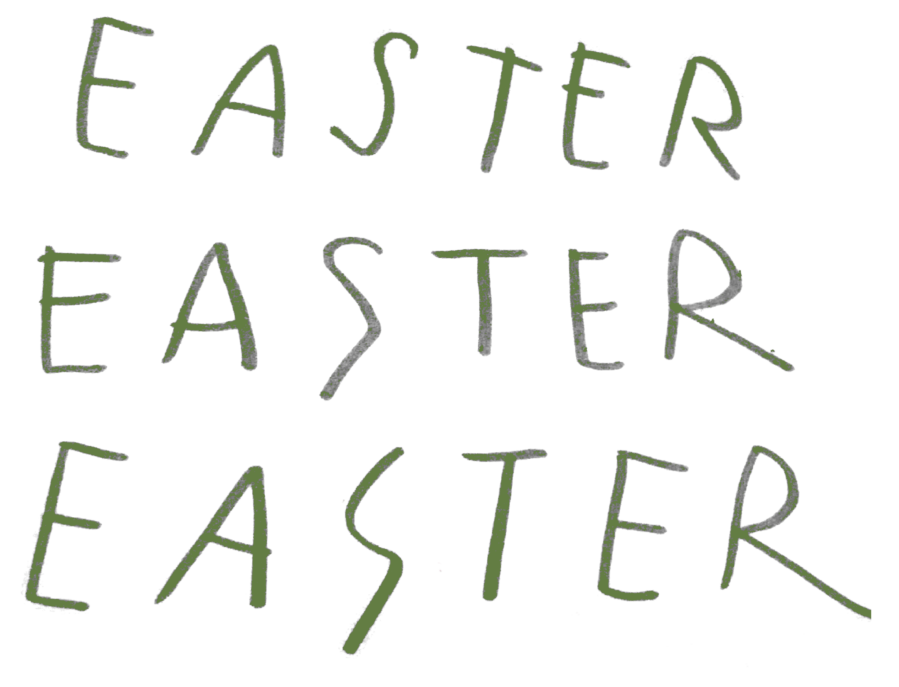 From their first LP release in 2011 Ur a Great Babe to their most recent single Touch Gloves, EASTER’s sonic identity is in a constant state of metamorphosis, making their sound both highly anticipated and difficult to pin-point, “if you look at our first album, it’s totally different from the second, the third and the fourth… for example, the announcement for the concert we will play next said we make sterile and monotone music, which does not at all fit any more with our new album.”NORWEGIAN vocalist STIX OMAR, and GERMAN producer MAX BOSS have amassed a dedicated fan base through their pseudonym EASTER. The duo’s matter-of-fact lyrics that resemble a stream of consciousness are often carried by a hypnotic, rhythmic undercurrent, making their music extremely unique, versatile and capricious.

The band describes how a by-chance meeting in BERLIN in 2005 led to the subsequent kindling of their relationship “I was an art student from the North of Norway on a school trip in Berlin, and being unhappy with my class, I was really hungry to meet someone. So, I set out, and on the 20th of December around 10 pm I saw Max through a window of this Asian fusion restaurant…” Max chimes in, “you walked past the window, you had really big headphones on, then you walked by again and came in.” “Before I walked in, I felt I needed some extra courage so I sat in this bar next door and ordered a drink that turned out to be non-alcoholic,” Stix explains. “Then you came over and said, ‘hello, can you show me the city?’ After that we walked around all night” Max adds. 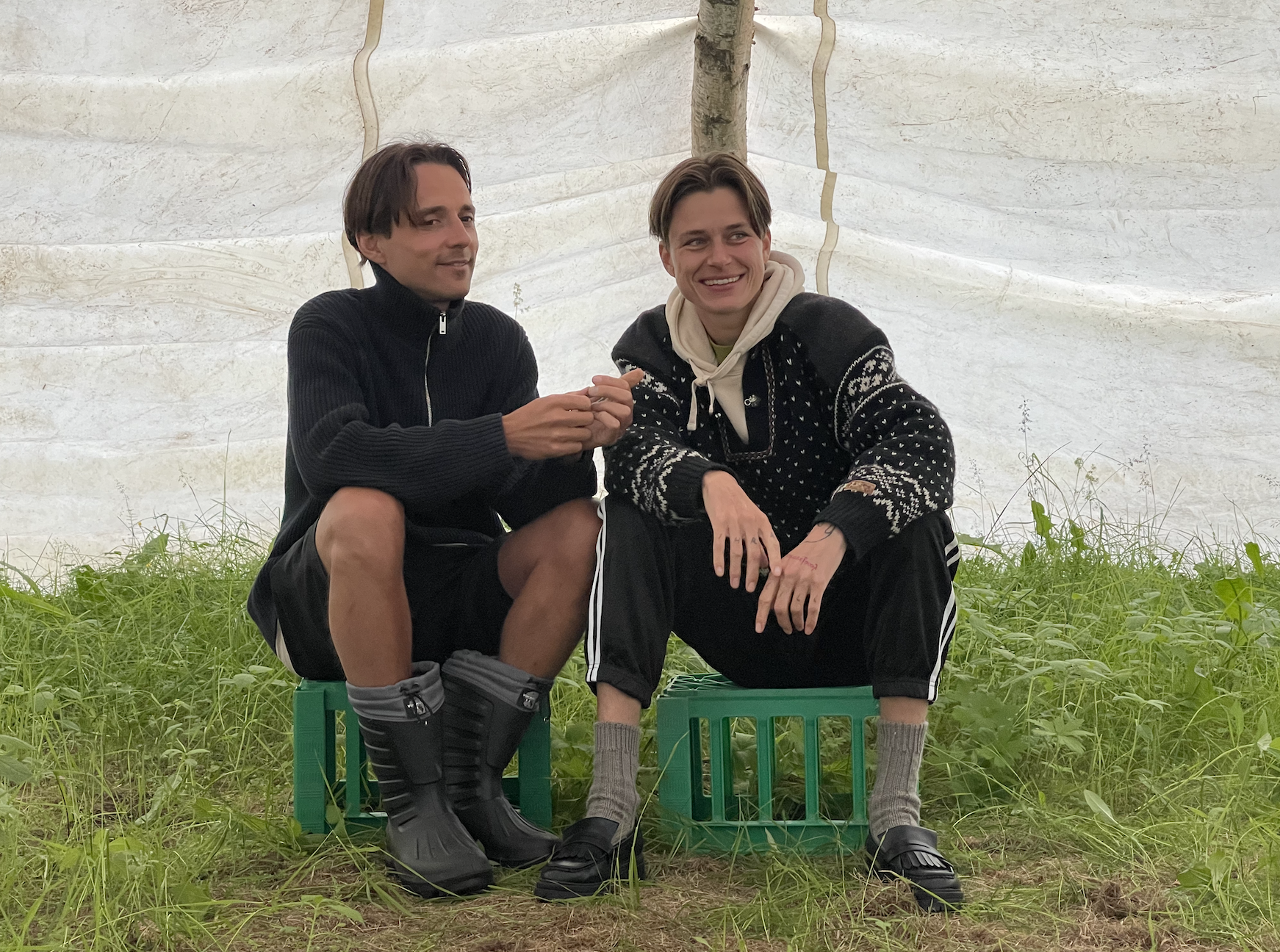 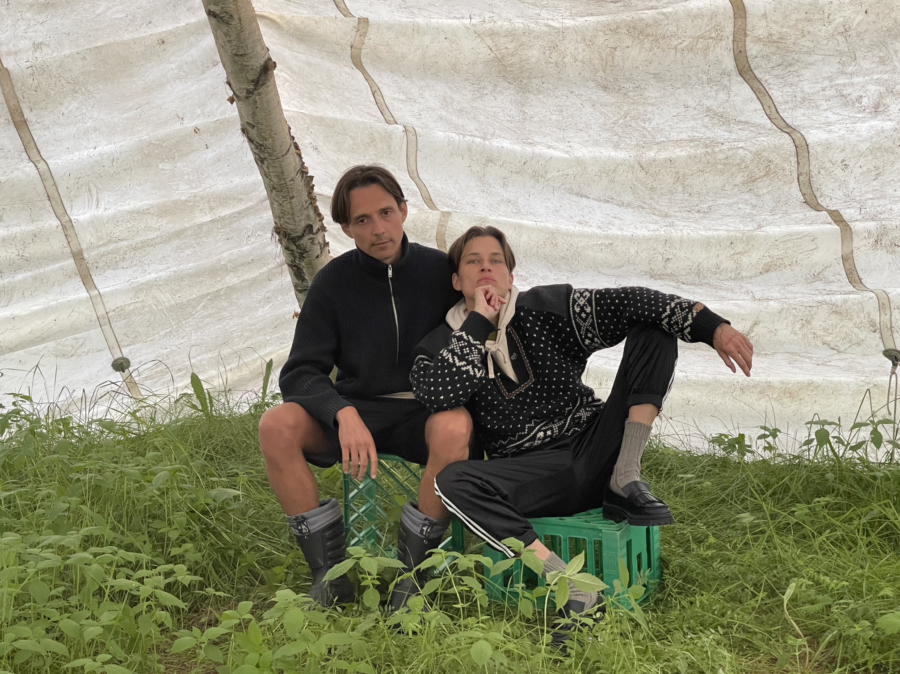 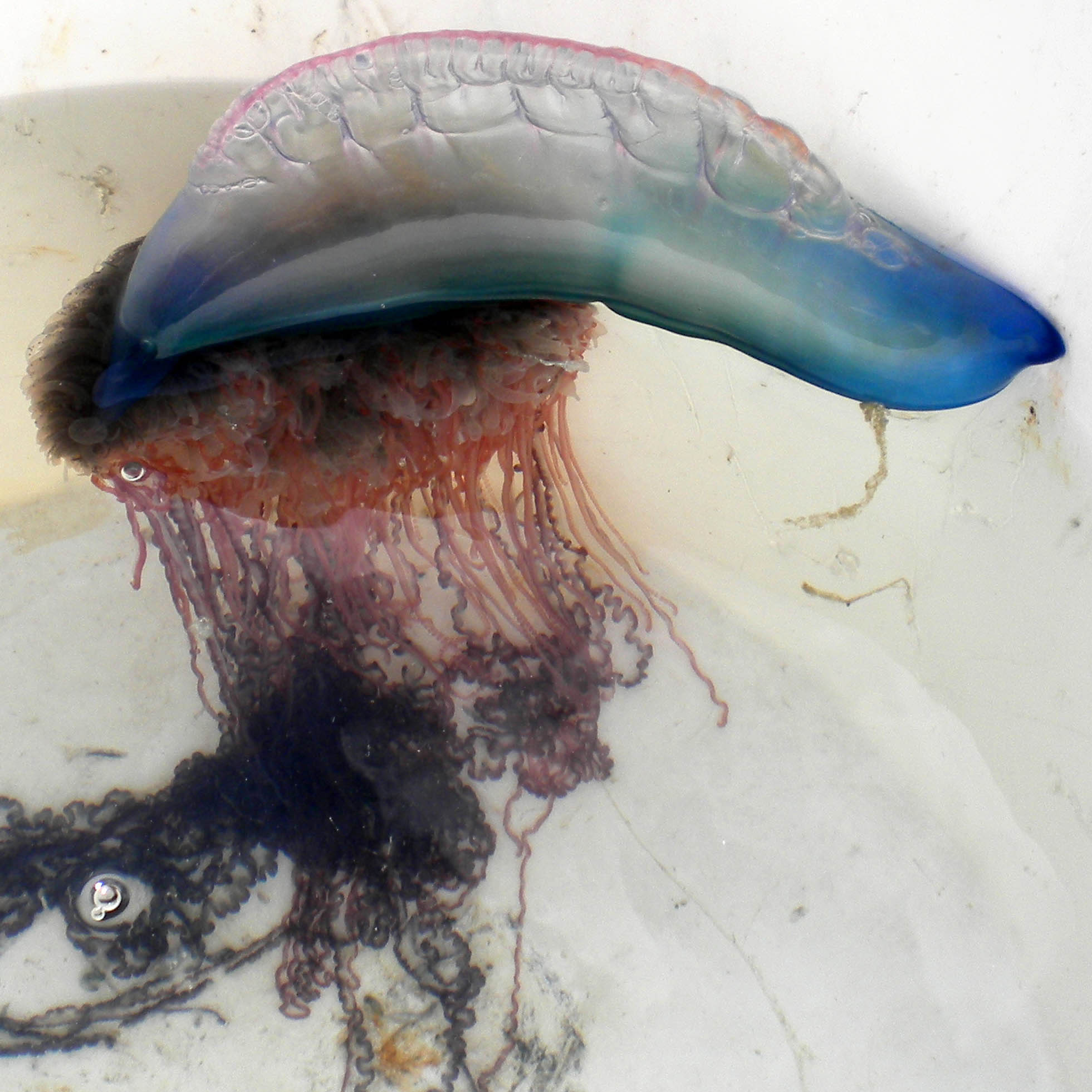 The blatant synergy and genuine connection between the duo radiated throughout the interview, and similarly, is perpetuated in their music. During each release, Stix is heard on the mic whereas Max constructs a distinct rhythm. Together, they seamlessly create music with a unique identity, each track having a different personality to the last. The dynamic in their relationship can be attributed as a factor that influences the essence of their music “Stix is extreme and radical about releasing something immediately and I’m the opposite, maybe I want to mould it further and tweak the sounds. We meet somewhere in the middle which is good.” “Yeah, because I love the demo and I want everybody to hear it. I also become afraid if the lyrics are very personal, as something may change in me or that person that I wrote it about. Something may not be able to wait two months because maybe it won’t be relevant anymore!”

Originally a poet, Stix tells me they were always curious about being in a band, which meant meeting Max was all the more special. “It was a rational decision” Max explains when telling me the origins of the band “I really liked the way Stix was using words, and it was just the most logical conclusion to make it fit together in the most obvious way. We tried it, and it flowed very easily.”

The unusual nature of their meeting resonates with the abstractness of their sound. One of their latest releases Some in the Nude has a mesmeric, poignant harmony, with lyrics that strike a meticulous balance between disconnect and affection. Describing the sound’s influence, Max tells me “it was supposed to sound like people making music in a room, all the sounds are synthesised but have an organic timbre. I remember I wanted the sound to lash out to the listener at certain points 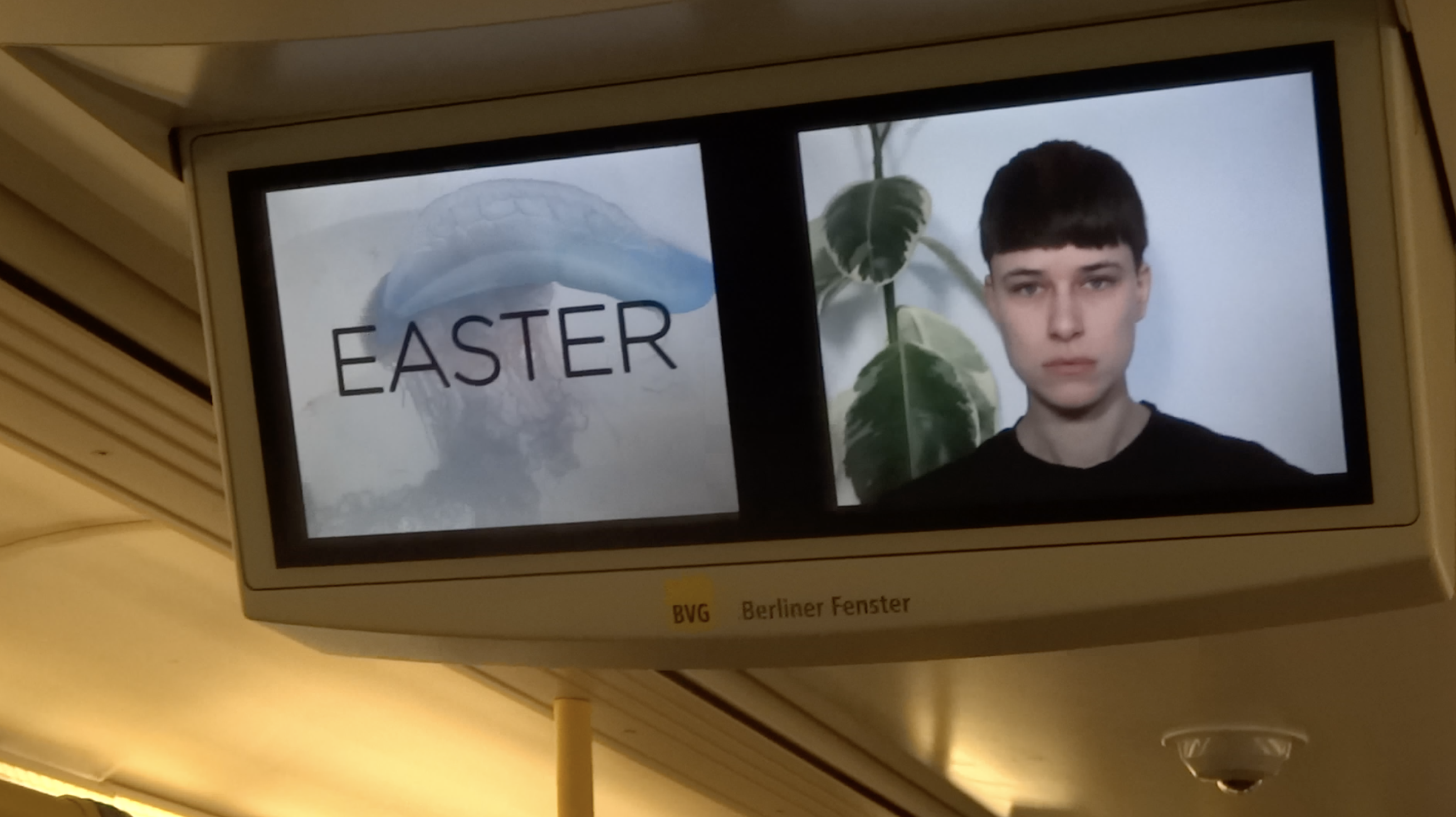 Their upcoming productions have been crafted in Max’s home studio in Berlin, a place the duo both describe as their sanctuary. As the pair live on either side of The North Sea, their time spent together in Berlin is extremely valuable, “it smells really good here, it’s really clean and there is a lot of furniture. It’s a really comfortable place and we have been here for ten years” Stix explains. “For me, it’s very important to have a homely environment to be creative. I have a deep connection to every object I have, they give me a lot of feedback in everyday life of who I really am.” Max adds.

There is a stark contrast between creating in the sanctum of a home and performing in the presence of strangers in unknown territories. However, the ability to feel comfortable is entirely situational “feeling in a safe space when performing really depends, for example last summer at Signal Festival in the mud of Russia we felt very comfortable, we drank noodle soup on stage because it was rather cold.” 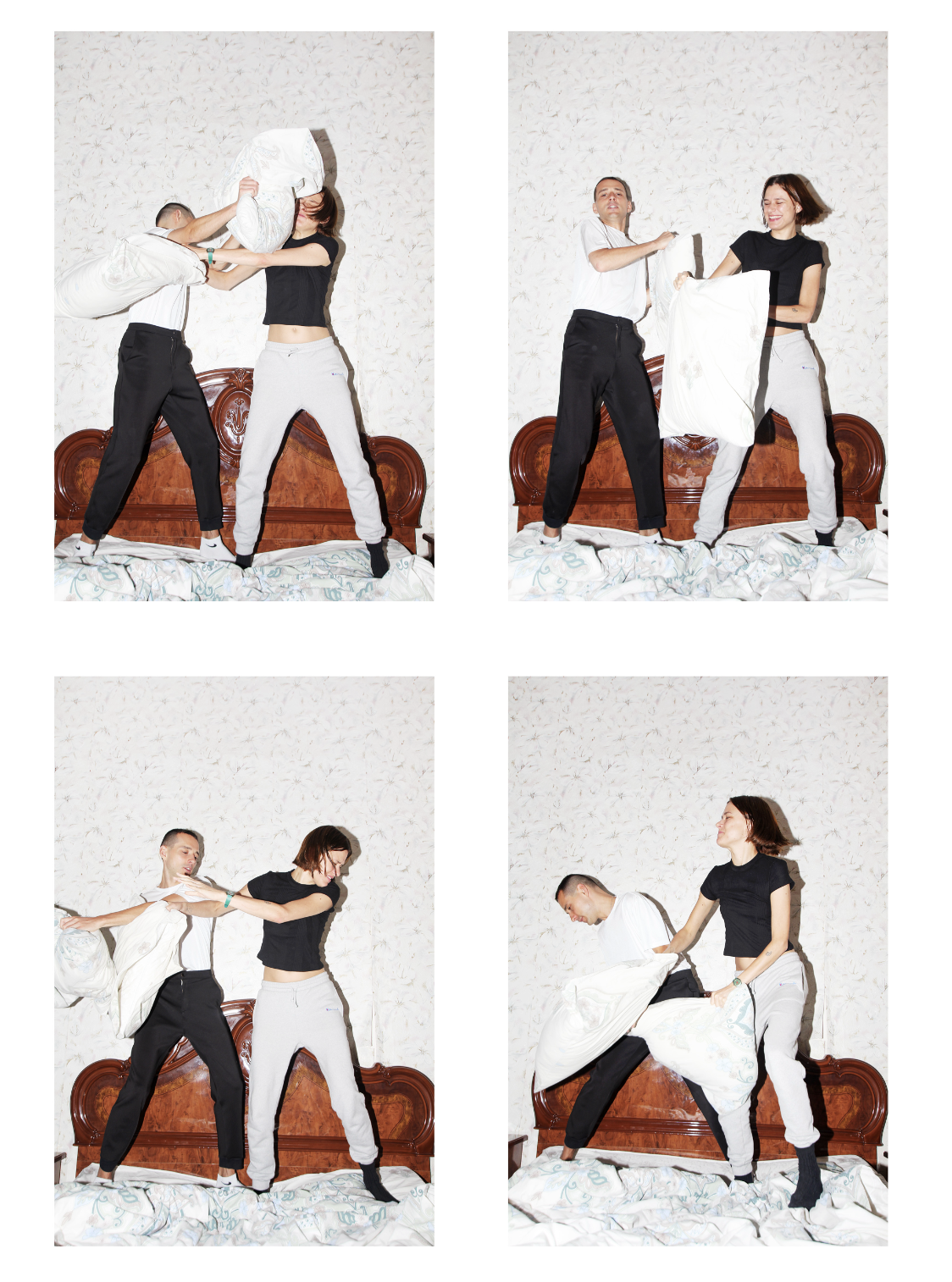 While EASTER is prominently known for their music, the band also deviates into other creative pursuits. From 2014-2015, the duo spent their time writing and producing a series of short films under the name Sadness is an Evil Gas Inside of Me. Stylistically surrealist, the drama is set around two groups of people in a mysterious land. Reflective of the unconscious metamorphosis in their sound, the series thematically references transformation and looks at complex interpersonal situations. Temporarily stepping away from music, Max explains the film offered a fresh sense of creative playfulness “I enjoyed the rawness of the VHS aesthetic and looseness in which we could play with it, the project moved us away from the need to deliver some kind of polished product.”

Adding colour to the meaning of the film, Stix tells me “the story is largely about transitioning, there’s two people transitioning into very different characters. It’s interesting now to look at this, in relation to my recent name change; my name used to be Stine and my non binary feelings replaced the ne with x. In Sadness I was aware of my language, in the sense that I was using it to not gender the teenage body of Mersad. That’s something I thought about last time I watched it: how interesting it was with those transitions, back in the 2014 storyline of the characters of Max and I.” 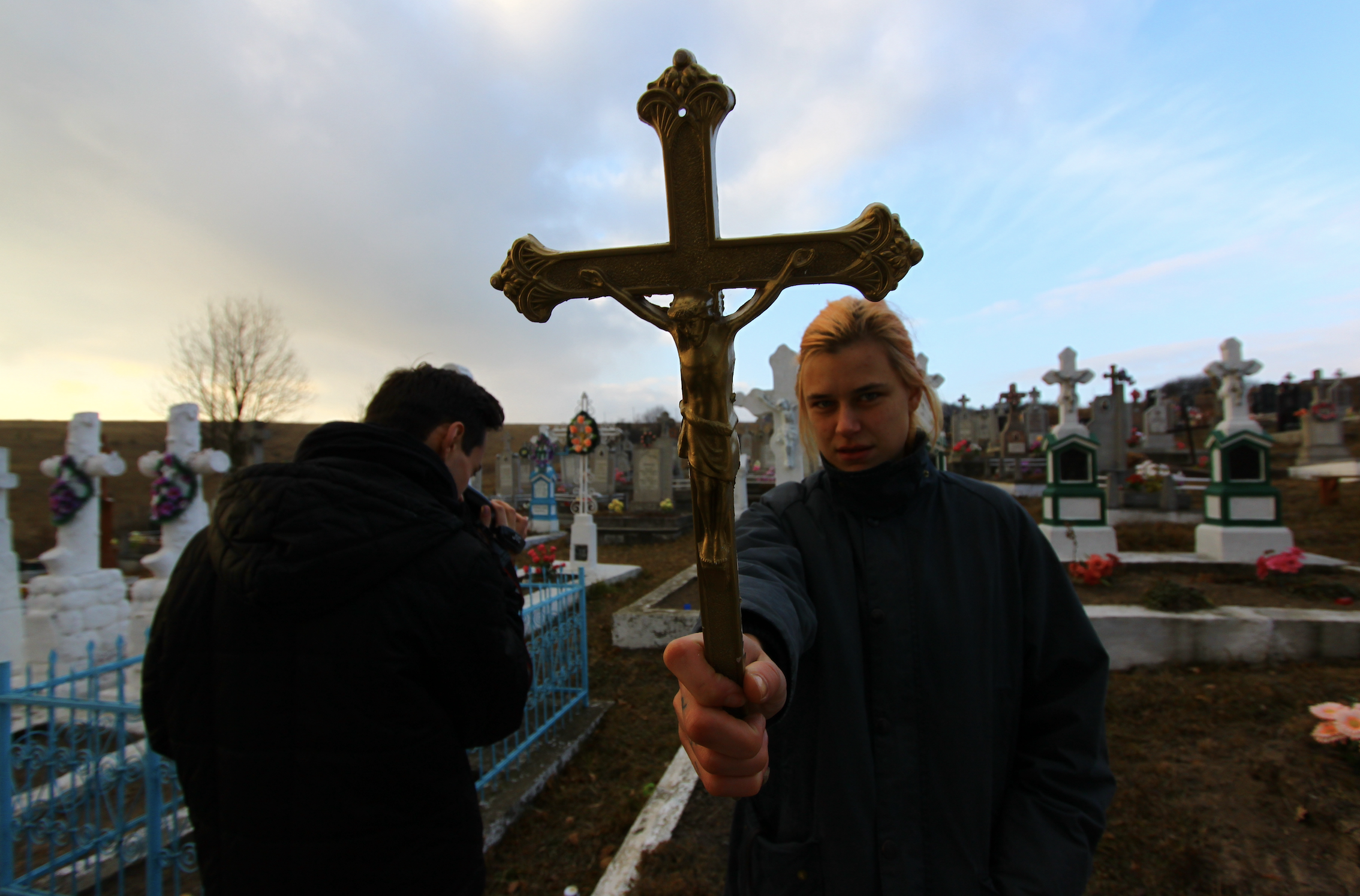 All Images courtesy of EASTER