The SANCTUM Issue with Ninamounah

YOU CAN ONLY HATE

IF YOU LOVED IT BEFORE 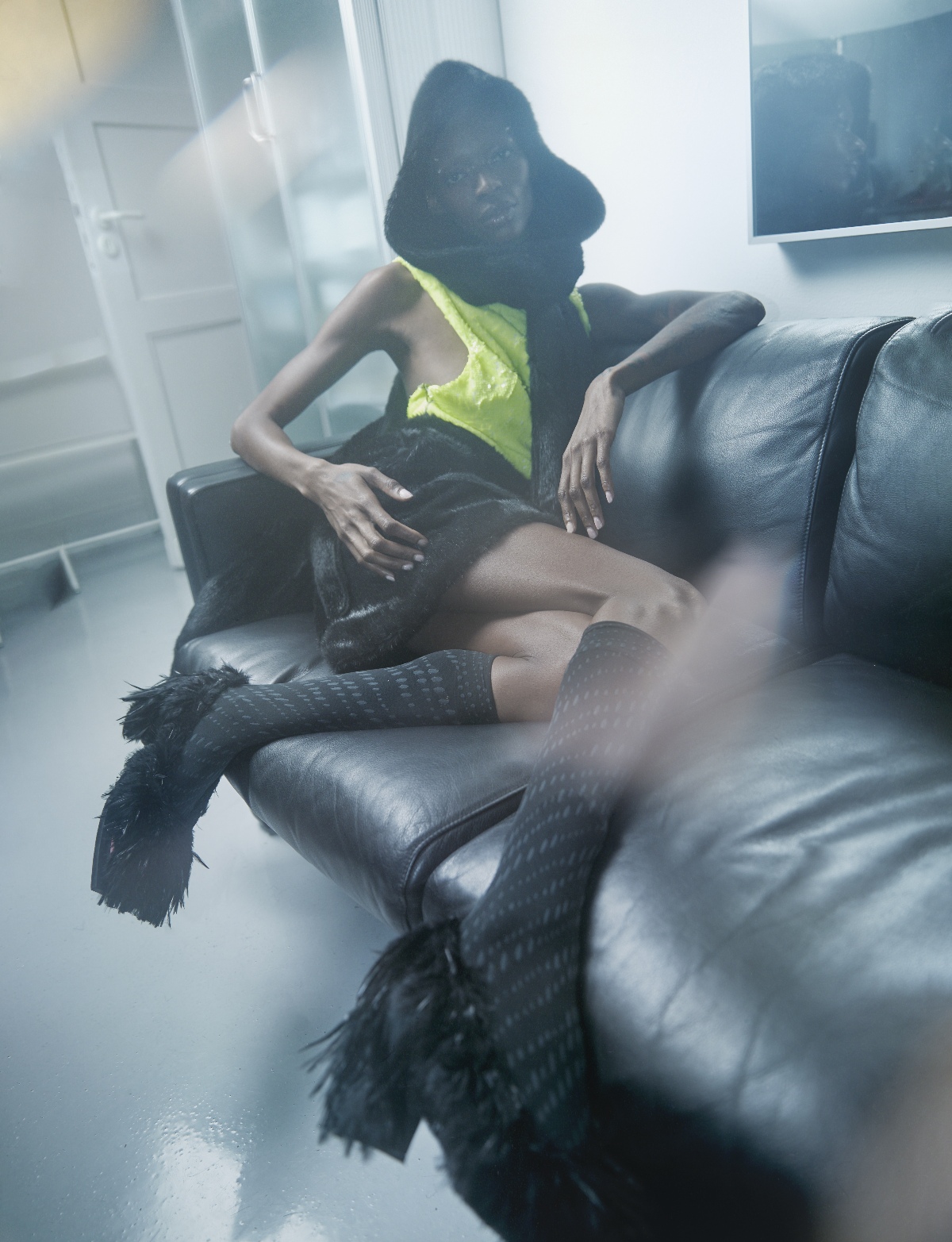 Enchanted by all things living, AMSTERDAM-based designer NINAMOUNAH LANGESTRAAT has forged an eponymous fashion brand existing within its own anthropological bubble. Perceiving humans and animals alike, her collections engage with this dialogue through a nurturing narrative of radical acceptance. Darkly humorous and stoic by nature, Langestraat’s love (and sometimes hate) leads to collections hailed for their rebellious and polarising take on the traditional “fashion” landscape. “I like to break the rules — because otherwise, life is quite boring.” Glamcult has been in an ongoing conversation with the trailblazer since the very beginnings, so in light of her PARIS FASHION WEEK debut and AW collection, The Hunt, we sat down — a glass of wine in hand — and formalised our many chit-chats to catch you up on the wild and wonderful world of Ninamounah. Alongside this interview sneak peek (👀), Ninamounah, Camiel Fortgens, Glazed Nails and us here are Glamcult will be popping up for a Christmas sale December 20th-23rd in Amsterdam, for more information see below!

Let’s start with the history. How did the brand begin?
Around five years ago I graduated from the GERRIT RIETVELD ACADEMY. I started in the textile department but shifted in my graduating year because I thought it was too soft and too slow. It was just too comfortable a place to be in, and I needed more. I wanted to do fashion, and later won the Frans Molenaar Couture Award, and invested all of that money into the Ninamounah company.

When did you win this? Right after graduating?
A month after, but the award doesn’t exist anymore. I was the last one. I took the last money, ha-ha! Gc Was there a moment when you felt the Ninamounah identity come into existence? When did it take off for you? N It all kind of came and went in waves. My starting point was to feel like I “belong” somewhere in the world, and have a purpose. I wanted my identity or narrative to be strong enough that anyone could recognise it. Like good handwriting. I was applying for another competition and I had to make a logo. I was all alone, just sketching, making these awful drawings. I have such a love for advertisements, and I think cigarette branding is a core of advertising (though now disappearing). I wanted the feeling that when you see my brand name, it also triggers your addiction. So, when I landed on the logo with the MARLBORO font, it was like, “Oh, this is already like 50% of my branding communication.” It was exactly what I needed, also thinking about the history of the Marlboro Man, masculine dudes and cowboys. It all made sense, so I guess this was my “wow” moment.

When did that occur?
Like, six months after my graduation. But another big moment for me was my show in Dam Square, in that old church [The Nieuwe Kerk]. It was fantastic. 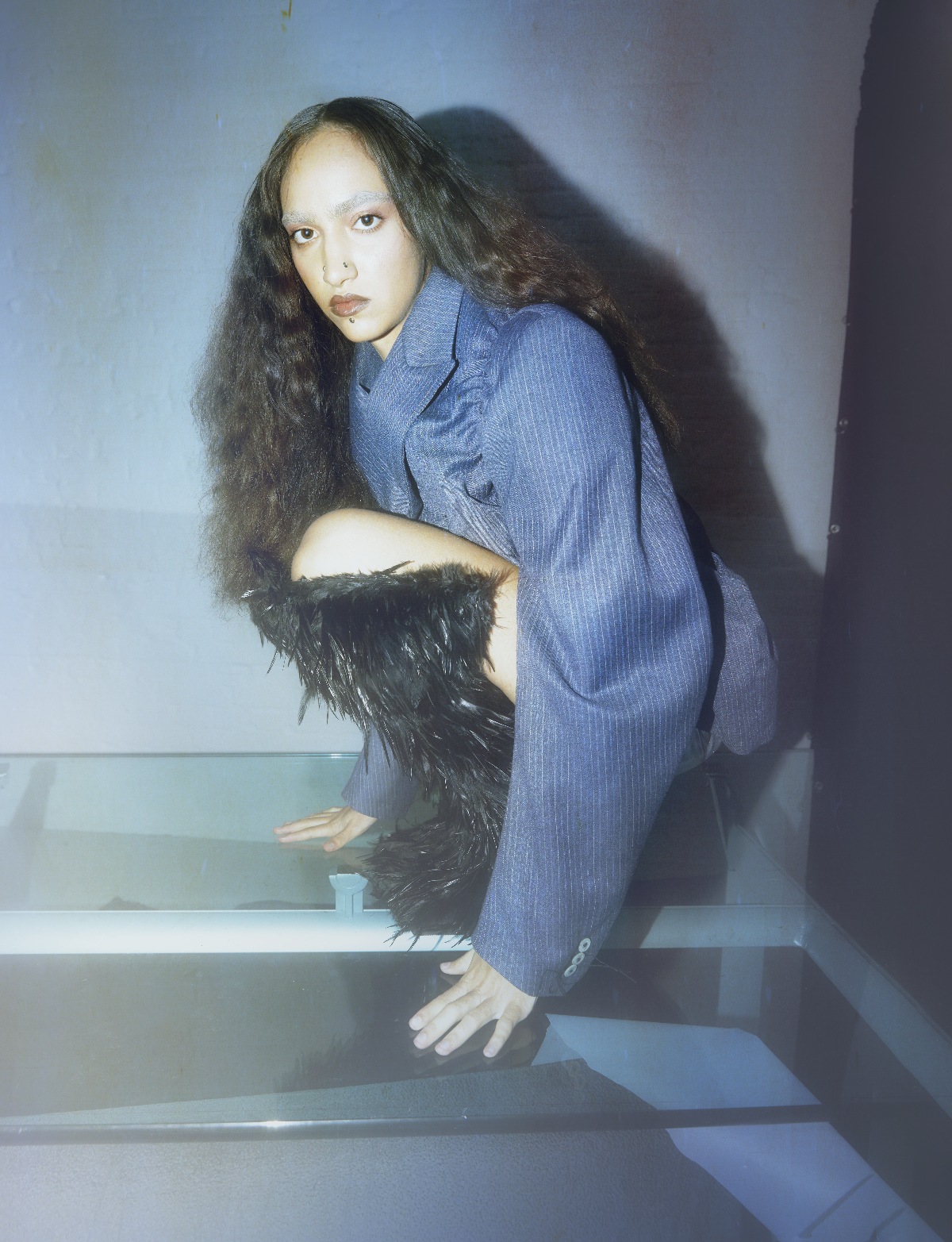 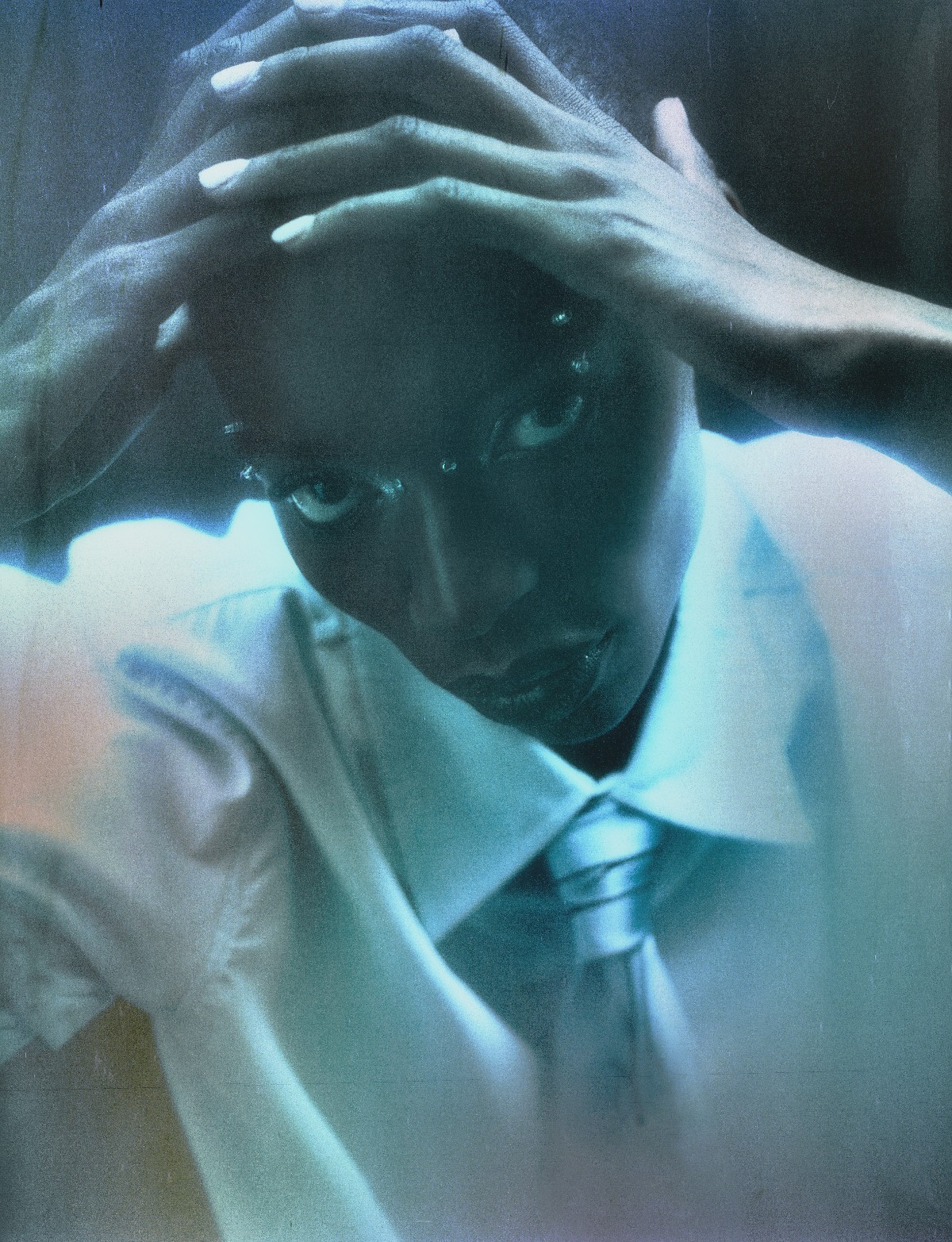 The one with the snails?
Yes. The one with African snails. The church was filled with friends and family and people who wanted to see my work. I just felt loved and seen, which is the only thing that I had always wanted out of it. Being on the official list of PARIS FASHION WEEK recently has also been an insane moment. It was hilarious — we were in between LOUIS VUITTON and MIU MIU — and I would still think that they must have made a mistake somewhere.

What are some of the significant lessons you’ve learnt on your journey?
I’m from Rietveld, but 80% of my work now is making Excel sheets. This may be a bit of a lame answer, but business-wise I learnt a lot. I just wish I had asked for more help first. Not making the mistake, and then asking for help. A lesson would be to listen more to the people who already experienced certain roads. However, I think it’s good to make mistakes; it’s the core of growing. But it’s already a very tough job and a sensitive position to be in, so sometimes you just don’t have the space to make the mistakes.

Almost as if there’s no room for mistakes anymore…
Yes. But within this, practising is nice. It was very nice to practice during the fashion week in The Netherlands, for example—then get the fuck out of there and do it well in Paris.

… To read the full interview, shop The SANCTUM Issue. 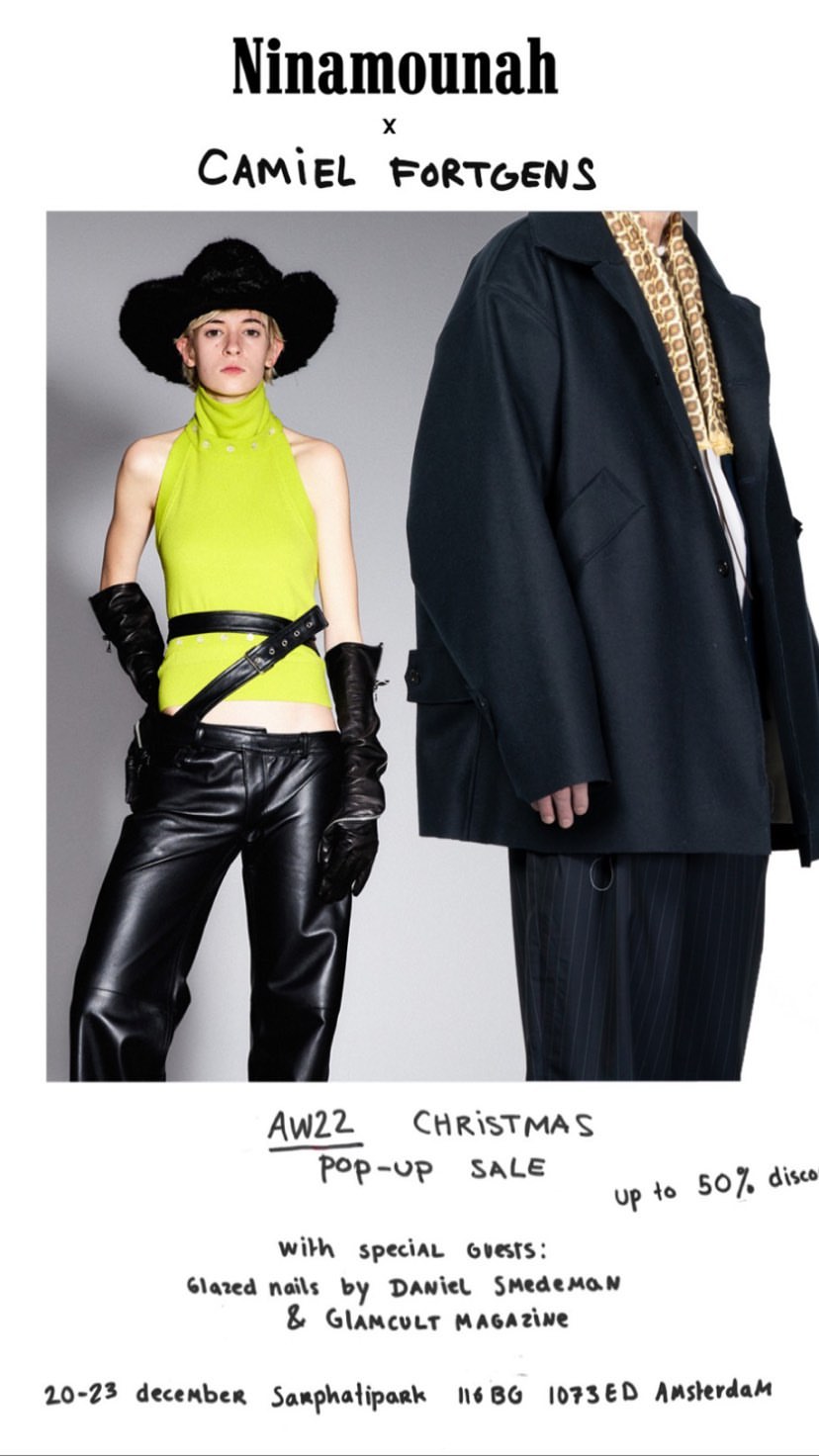