This British designer wants her clothes to look like a mess 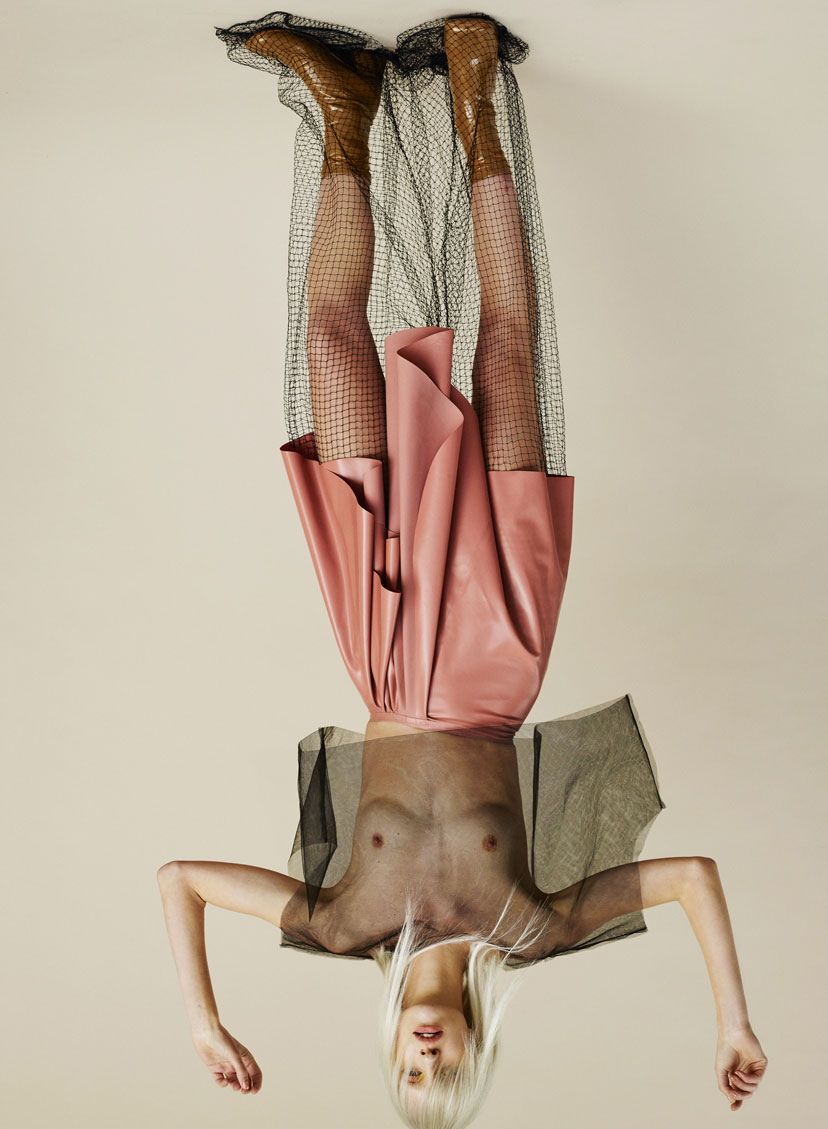 Surrounded by outmoded radios, electric fans and rusted light fittings at London Fashion Week, Phoebe English presented a typically pensive but highly dystopian collection for this autumn/winter season. More than ever, the British designer, Comme des Garçons protégé and professional daydreamer displayed her brilliant vision: a personal take on construction and deconstruction. “I wanted it to look like a mess…”

“It takes tea, lots and lots of tea. I can’t get through a single hour without at least one cup of tea.” Say hello to a day in the busy life of Phoebe English— who once again proves that fashion isn’t nearly as rock’n’roll as it would like to be. Precision, beauty and uncompromising consideration to extremely laboured textiles are the key constituents of this designer’s practice, which was born after graduating from Central Saint Martins in February 2011. Almost five years later, eight collections and a number of awards have followed. Yet English is anything but presumptuous: “I got to this point through lots of accidents, failures and maybe fate? I didn’t have any future plans. I was just going along—and the going along happened to have arrived here.”

Born into a family of artists, English’s self-described “fate” was never mapped, yet always apparent. “I have been interested in fashion since my earliest memories,” she recalls toGlamcult. “It has just always been something I’m hardwired to pick up on. If I watch a film I usually have to watch it twice, as the first time I only see the clothes, not the story. It actually might be more like an illness!” Although her family background played a considerable role in shaping who the designer is now and what she has learned, she can’t quite explain how. “In a way, I don’t know any different from this creativeness, so I’m not sure how else it is supposed to be…” 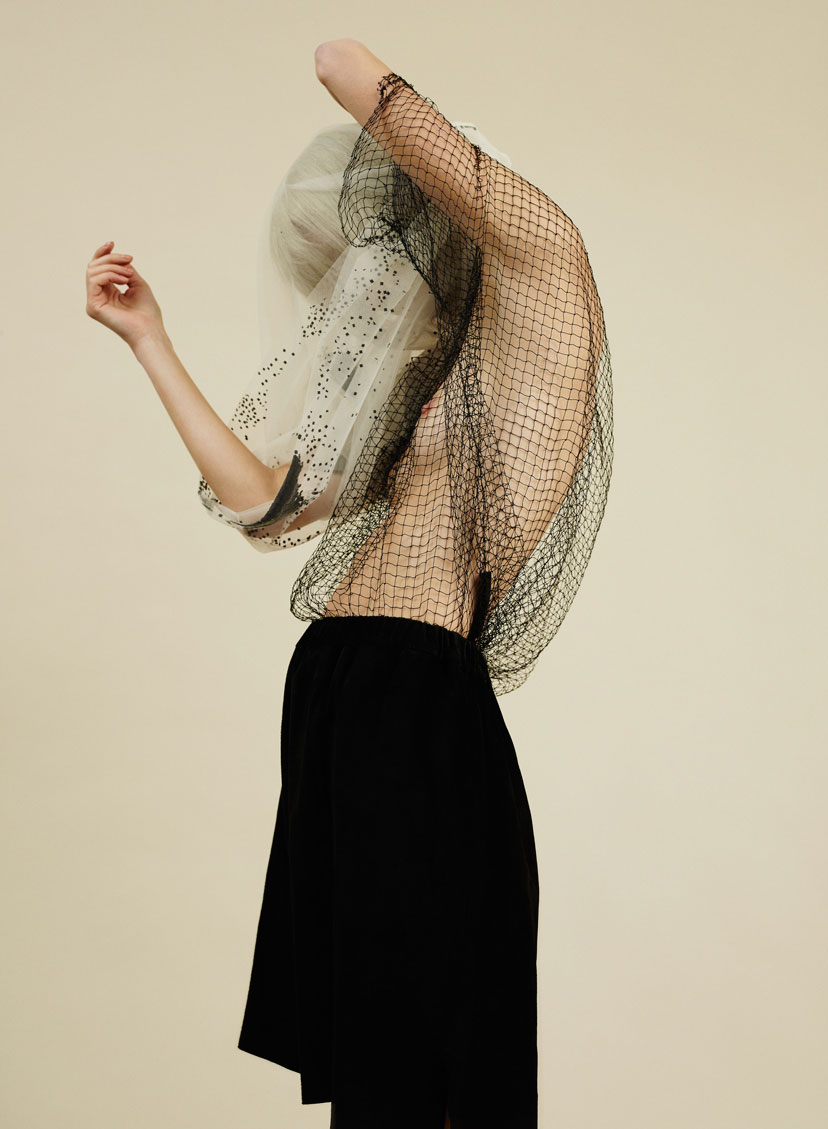 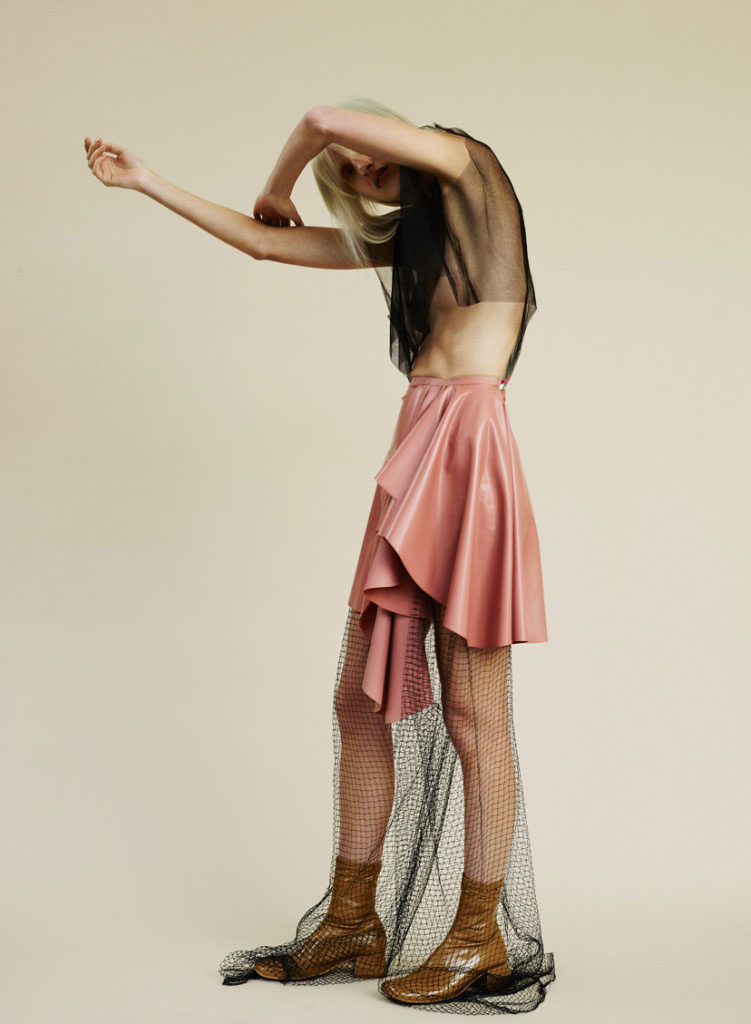 It was English’s very first collection that drew the attention of fashion super powers Comme des Garçons, with the label picking up pieces for retail at Dover Street Market, London. The support of the legendary house has meant “a great, great, immeasurable amount” to English, who speaks very fondly of “that special family”. Not only are her pieces now sold worldwide, but she was also asked to create window displays and installations for Comme Des Garçons sites around the world. It resulted in the hushed glass installation An Accumulation of Nothing in Paris, as well as a four-metre plaster rock avalanche in New York, among others. Not at all unexpectedly—for either English or her Japanese supporters—these works explored themes such as chaos, control, gravity, suspension and temporality. 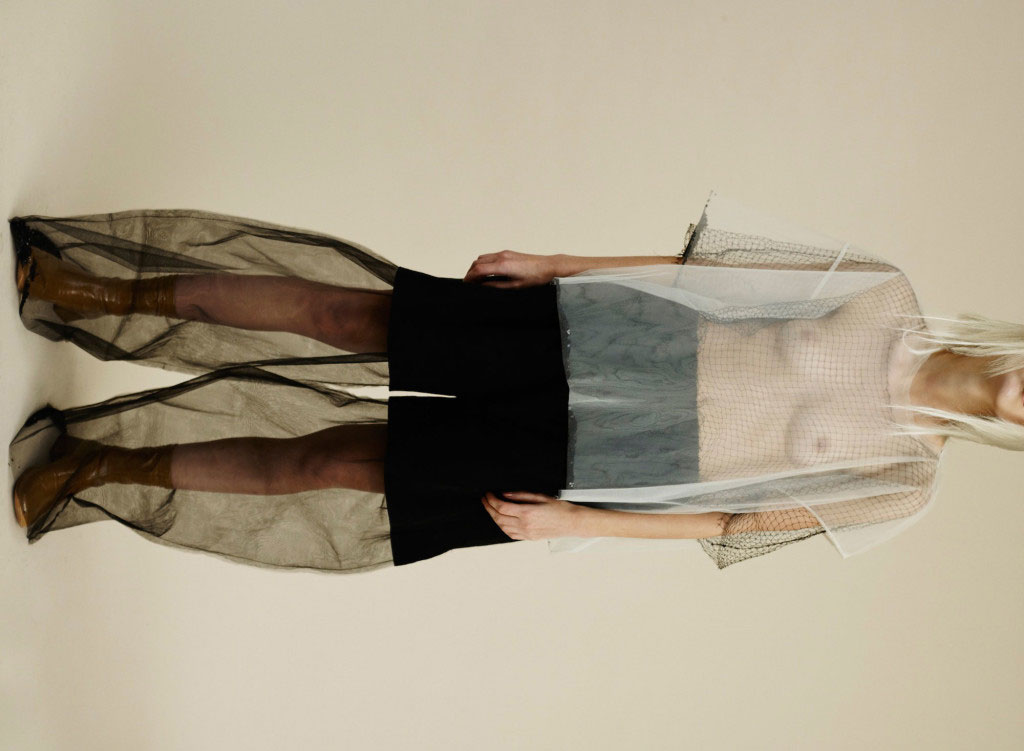 Despite coming farther than most in a matter of seasons, English’s autumn/ winter 2015 presentation was the first to (finally!) be recognized by the British Fashion Council at London Fashion Week. “I am extremely surprised by the difference that has made,” she reveals. “In many ways I feel that potentially everything I have done up to this point may have been pretty invisible and non- existent to a large area of the industry, which I have very mixed feelings about, both positive and negative.” At the BFC show space, English made a raw, industrial décor clash with her poetic, carefully constructed clothes. Focusing on the power of structure and surface over anything else, she treads a fine line between laborious craft (“made in England”) and design. As perfectly described by the official press release, English let her creative spirit be guided by “an understanding of the relationship between material and motion”. And though her designs can be described as mesmerizing or even romantic, they’re anything but tedious. “I wanted it to look like a mess, a beautifully chaotic mess. A well-considered mess.” 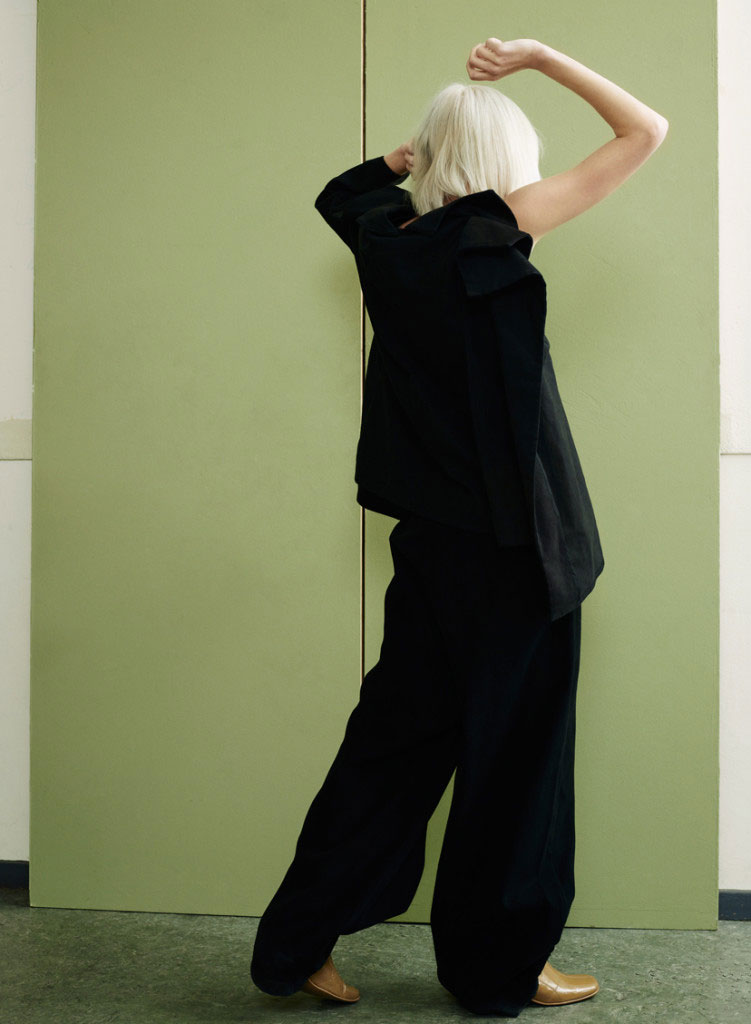 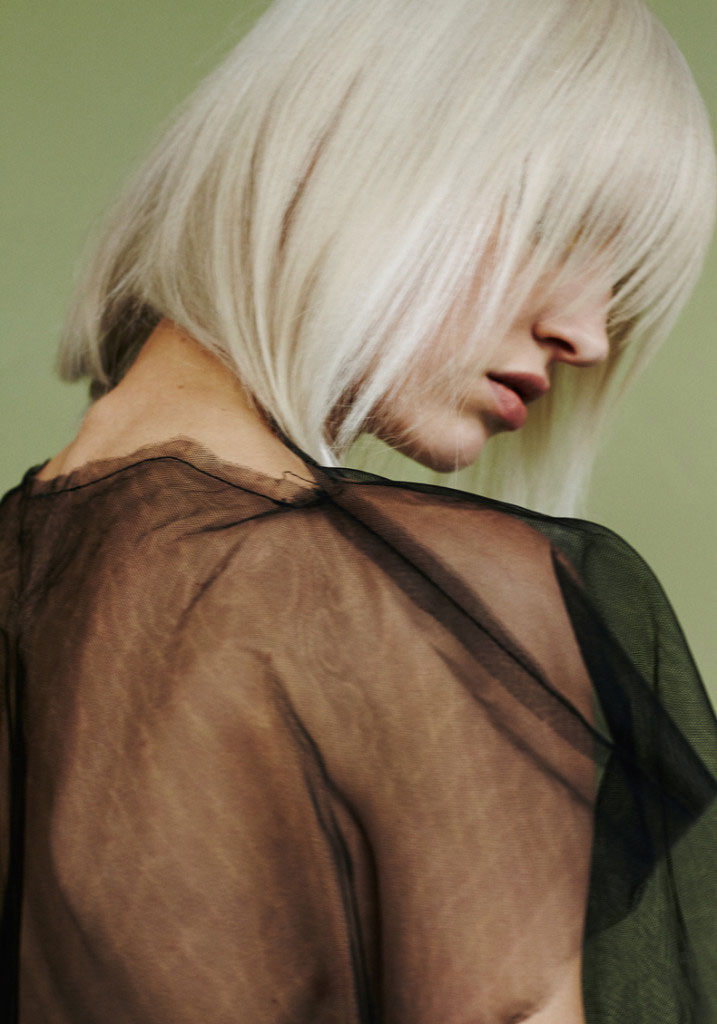 Seeing these intricate designs and considering fashion’s current “wearabilty” hype, one might wonder: What’s in it for me? “Of course, I think about that when I’m designing,” English responds. “It’s not the main thought beneath every piece but it is an absolute key ethos I work from. The pieces must function successfully as products on the shop floor, even if they are complicated ones. I don’t want people to be intimidated by the clothes. I want them to be pleasantly surprised how straightforward some of them are in real life.” This makes us curious: does the designer also wear her own works? “I used to really struggle to!” she laughs. “I found it a very exposing experience—as if I was boasting. However, I’m totally over that now. Lots of the pieces I make are quite subtle and almost ‘stealth’ in a way. So I can wear them without feeling like I’m trying to be some weird, over-confident self-promoter.” As for her audience, English sincerely hopes her “woman” isn’t too polished or refined. “I would totally hate that! I like the pieces I make to not be too predictable.”

It is English’s working process that largely defines her label. When Glamcult tries to summarize this distinctive approach as “construction through deconstruction”, the designer ponders aloud: “Maybe… some of my pieces did get ripped on floor-board nails during the presentation, spilling all the black glitter trapped inside in a trail behind the models. Yes, that does fit!” English is interested in anything but decoration, however, which reveals itself in the dominance of (various forms of) black and white, rather than colour. “It’s natural for me to work with these,” she explains. “I’ve always been more interested in structure and form.” In spite of her intensive methodology, couture is a term that the designer avoids at all costs. “Couture is an extremely specific thing, which I believe can only exist in one specific place and sphere. That’s why I don’t relate to it within my own creative practice one bit.” That being said, she does add: “I have been lucky enough to witness it and have a huge respect for it as a practice.” 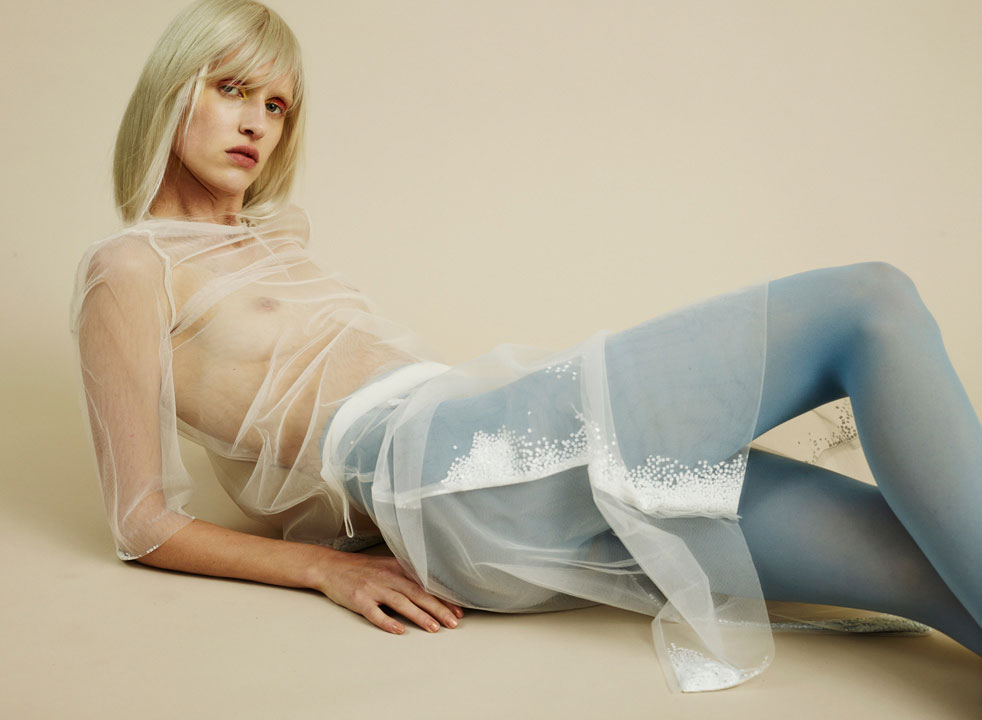 Inspired by Mr Pearl, the notorious French corsetier with an 18-inch waist, as well as the late Louise Wilson, Central Saint Martins’ dearly missed fashion professor, English thus creates intrinsically avant-garde, aesthetically striking prêt-à-porter. Her definition of success would be “time to think”, yet her work is—very visibly—that of a daydreamer. “Yes, it’s a very annoying thing to be…” she concludes. As for the future, English’s promise is tremendous. And while she may be dreaming, her plans are unambiguous. “There will be more menswear and more womenswear. There will not be any pet wear, bridal wear or children’s wear!”