“Creating harmonies has become second nature to us.” 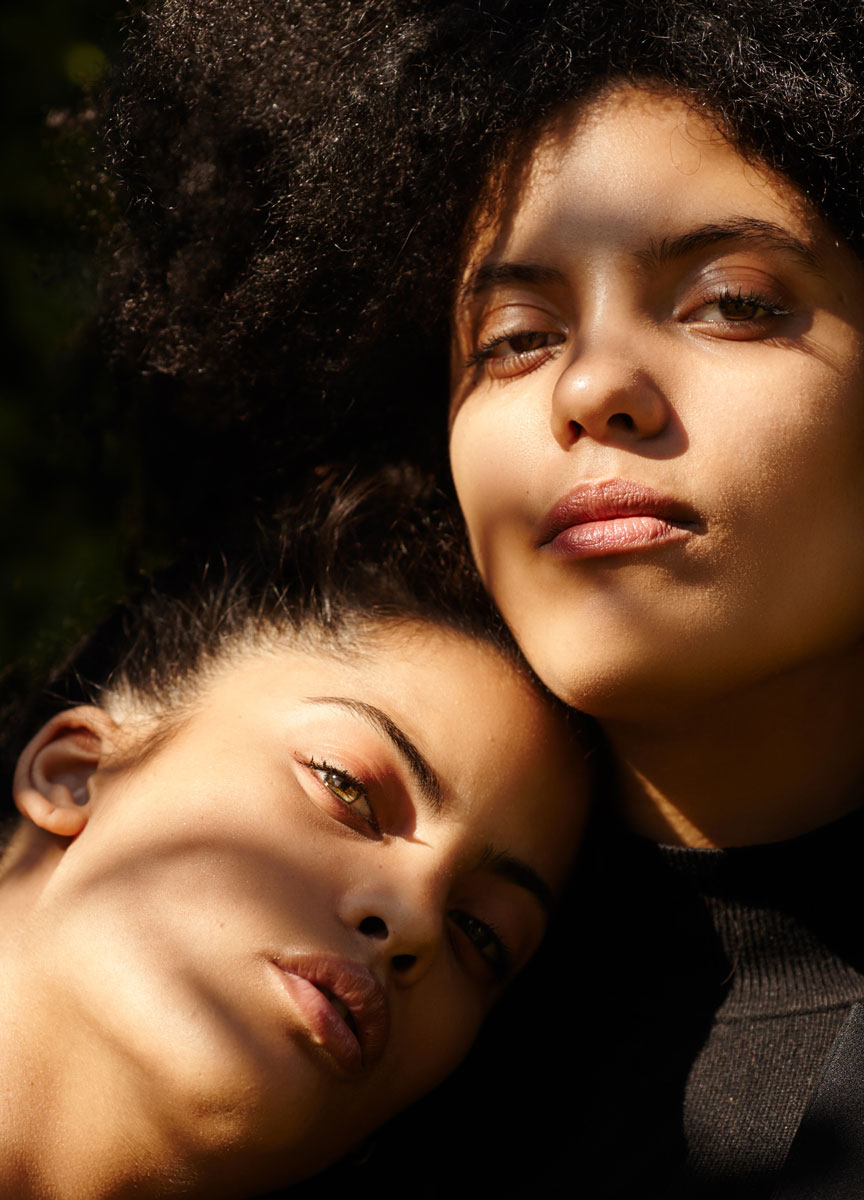 Like a bittersweet love letter, Ibeyi’s second album leads with hard-hitting sonic punches that are quickly superseded by harmonies that induce the warm feeling of a loving hug. Having already won over the hearts of big industry names including Beyoncé, the French-Cuban twins are producing music so arrestingly beautiful it tugs at the heartstrings, awakens kindred spirits and forces one to ponder whether love has perhaps outrun one.

Lisa-Kaindé Diaz and Naomi Diaz speak with a mild French lilt, which breaks into a rush of words—often ending in singing—when they chat about their sophomore album. Titled Ash, the recently released album expels the hopeful air of fertile earth but hasn’t quite forsaken life’s bitter side, which dominated Ibeyi’s self-titled debut back in 2015. Whereas that first album gave space to mourn the loss of loved ones, the women’s new record conjures up promises of better days ahead. With a brisk energy—or a self-described “energy of life”—Ibeyi send an intricate love letter dedicated to “the human race, to us, to every girl and woman, to all of our differences and to the ones that feel weak for a moment”. So, how should Ibeyi’s new album make one feel? “Like a punch in the face, followed by a warm and loving embrace,” Lisa proclaims, holding her clenched fist high in the air.

Teasing out their visceral, electric second album, the sisters, who made an appearance on Beyoncé’s visual album Lemonade, sent out an early release of their uplifting single Away Away last spring. Carrying an empowering female narrative, they hope the song will get hazy heads back into gear. “It’s about a girl gazing out the window, seeing a world falling down and not doing anything about it. She’s going to have a fire start building inside her. And the first thing she’s going to do is stand up and say, ‘Away, away’—” in mid-sentence they break into song; Lisa resumes— “This album is our way to become active, to do something.”

Of the carefully thought-out track list of Ash, they say: “We wanted it to be smooth. So, the places of the songs are very important on the album. We feel it’s so rare to put on a record and listen to it from start to finish.” Consequently, listeners are ushered into a way of listening that pulls them along a sonic, raging journey past love’s many crossroads, testing musical expectations on rhythm-less tracks such as Waves, and soothing souls with soft-spoken lullabies on tracks like Vale. “It was a conscious decision not to put rhythm on it [Waves],” says Lisa. “Especially because everyone waits for the rhythm. At one point you’re abandoning yourself to the fact that the rhythm isn’t coming. And that was interesting and beautiful—to just abandon yourself to Naomi’s voice.”

Pairing electronic and organic soundscapes—more so than before—just made sense, says Lisa. Naomi concurs: “On the first album we were singing without any effects on our voices. But we love Auto-Tune!” For those hoping there might be a repeatable recipe to all this sonic splendour and sibling success, you’re out of luck. Ibeyi—Yoruba for “twins”—believe in the spontaneity of following one’s intuition. Their music features complex vocal harmonies that blend, fall perfectly in-sync and create gliding waves of sound—but even these come surprisingly easily, they confess. “Creating harmonies has become second nature to us, because we’ve been doing it for so long,” says Lisa, before continuing: “We always know which parts are going to have harmonies and which aren’t. It’s very intuitive. But it’s also about trying things out. When you’re in a studio and you want to create a choir with just two voices, you layer and layer and then you listen back to the layer you just did.” 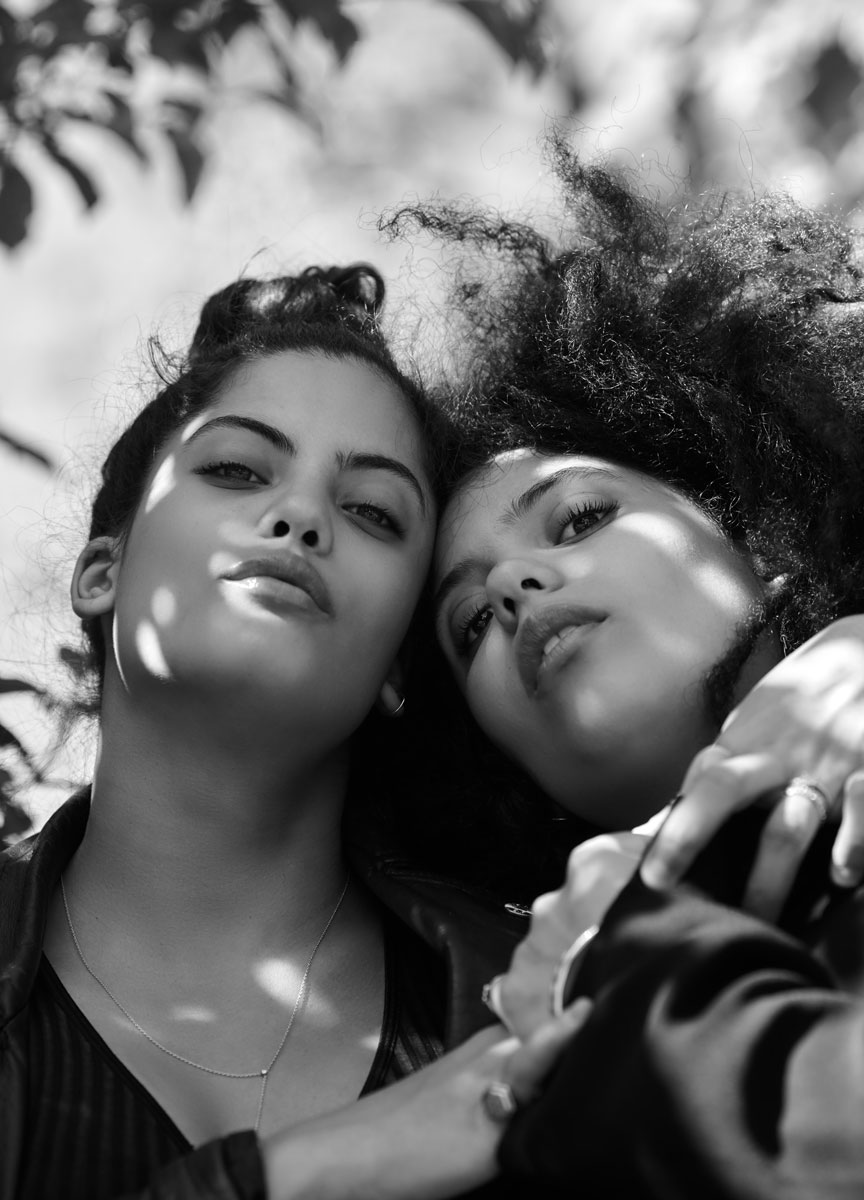 Underlining the importance of cultural heritage to their music, and having lived between two landscapes, Ibeyi paint lyrical pictures with soft, loving brushstrokes of the place they were born—Paris, France—and the place their parents left behind years earlier, on the island of Cuba. “We’ve always felt committed to Cuba—Havana is like Paris,” they say. Not needing to travel as far as the Caribbean to enjoy the colours and rhythms of Cuba, the music that draws from personal narratives hits closer to home than you’d expect from such far-flung sounds.

On their background and the intimacy of their music, the sisters reveal: “It’s intimate because it’s truthful and there’s no pretending; it’s us. What we write is us. And in a way it’s a miracle that it gets to people, because they somehow hear their own story in our songs.” Agreeing that this is what makes it all worthwhile, they reflect: “There are songs we wrote in our rooms when we were 16, which people still feel connected to today. How did that happen? It’s so humbling and so powerful.” To paraphrase Michelle Obama, one of Ibeyi’s resounding inspirations on Ash, their story is your story.

Although they say they “love love” when asked about the theme of our Modern Love issue, the twins admit, “We’re still figuring it out! We’re trying to sort our own lives out. So we can’t possibly give you the truth to a better world. What we can do is share; share in our emotions and share in our thoughts.” Ibeyi believe that anno 2017, “love is still here. If you think you lost love, you have to do what we say in Ashes: see through the walls.” Offering refuge in sound, Ibeyi allow the flame within us to burn more intensely. Their final note to everybody listening? “Hope is the most important thing in the world today. You have to dream big and have this energy in your guts, telling you that you can reach success and that you can do it.” From Ibeyi, with love.